I have not blogged in forever!  First I was getting ready to go to Alaska, then I went to Alaska and now I'm home and trying to catch up around here.  I won't subject you to my whole vacation but I'll probably do a few posts about the highlights.  I will also begin reading blogs again but if I missed anything important please let me know. I am not going to be going back to read the ones I have missed.  The thought is too overwhelming.

Since this is supposed to be a fitness blog I'll do some of the fitness aspects to my vacation.  I did the best job keeping up with running.  While on land I ran everyplace but in Denali. It was too cold and wet while there and I was too nervous about the wildlife. Everywhere we went bears and moose were seen and I believed the warnings.

First, I ran in Anchorage which was great.  The front desk at the hotel assured me it would be safe.  So off I went and found myself mostly running and looking at mountains which was easy to do as they were everywhere.  I did not know where the water was and only discovered that later while on a bike.  Very few people were out as it was quite early in the morning but running in a new place is just what I like to really discover it. 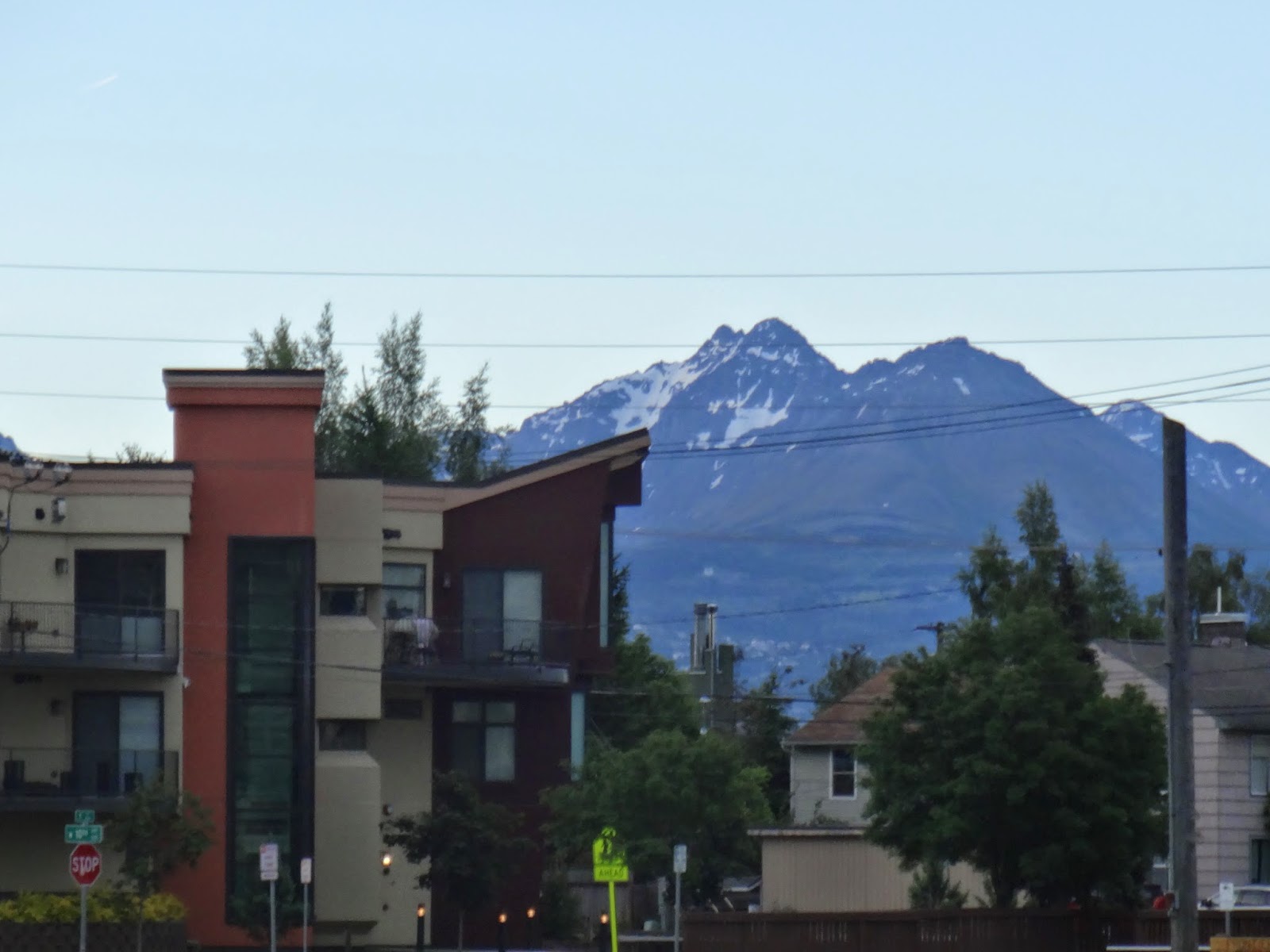 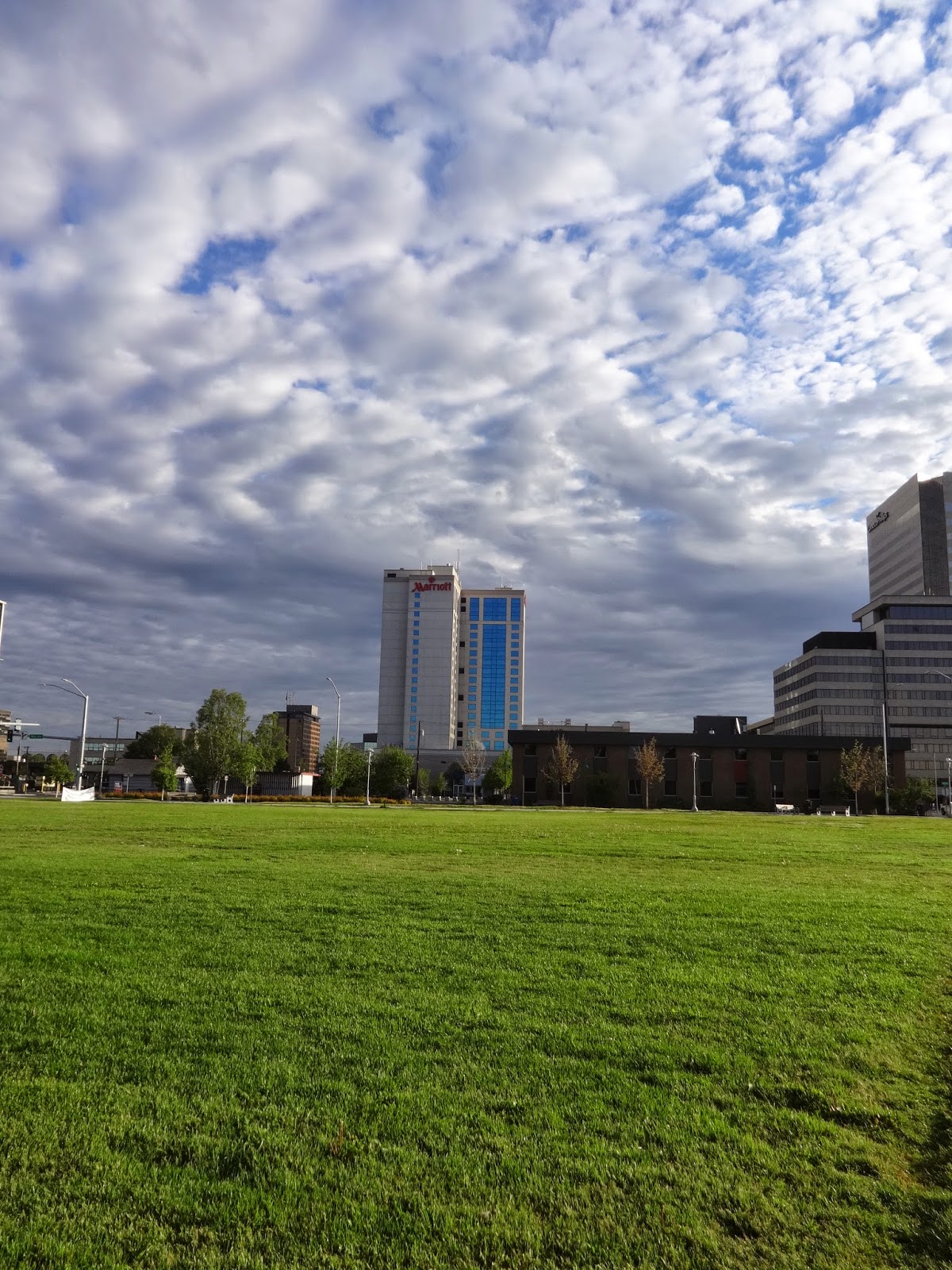 The next running spot was Talkeetna which was incredible. I started off on the trails in the woods but I was just too nervous so out I came and headed to town.  There was a bike path (there are bike paths EVERYWHERE in Alaska) so it was easy. Views were great and I had a great time. It is such a de stressor on a busy vacation to run.  The next day I got up early and ran again. This was a run with the best reward ever. We had been trying to see Denali which was right outside our window but it just wouldn't clear up.  I didn't think it was going to happen.  But on the way back from going to the river I turned around and there it was!  The best sight of my vacation. 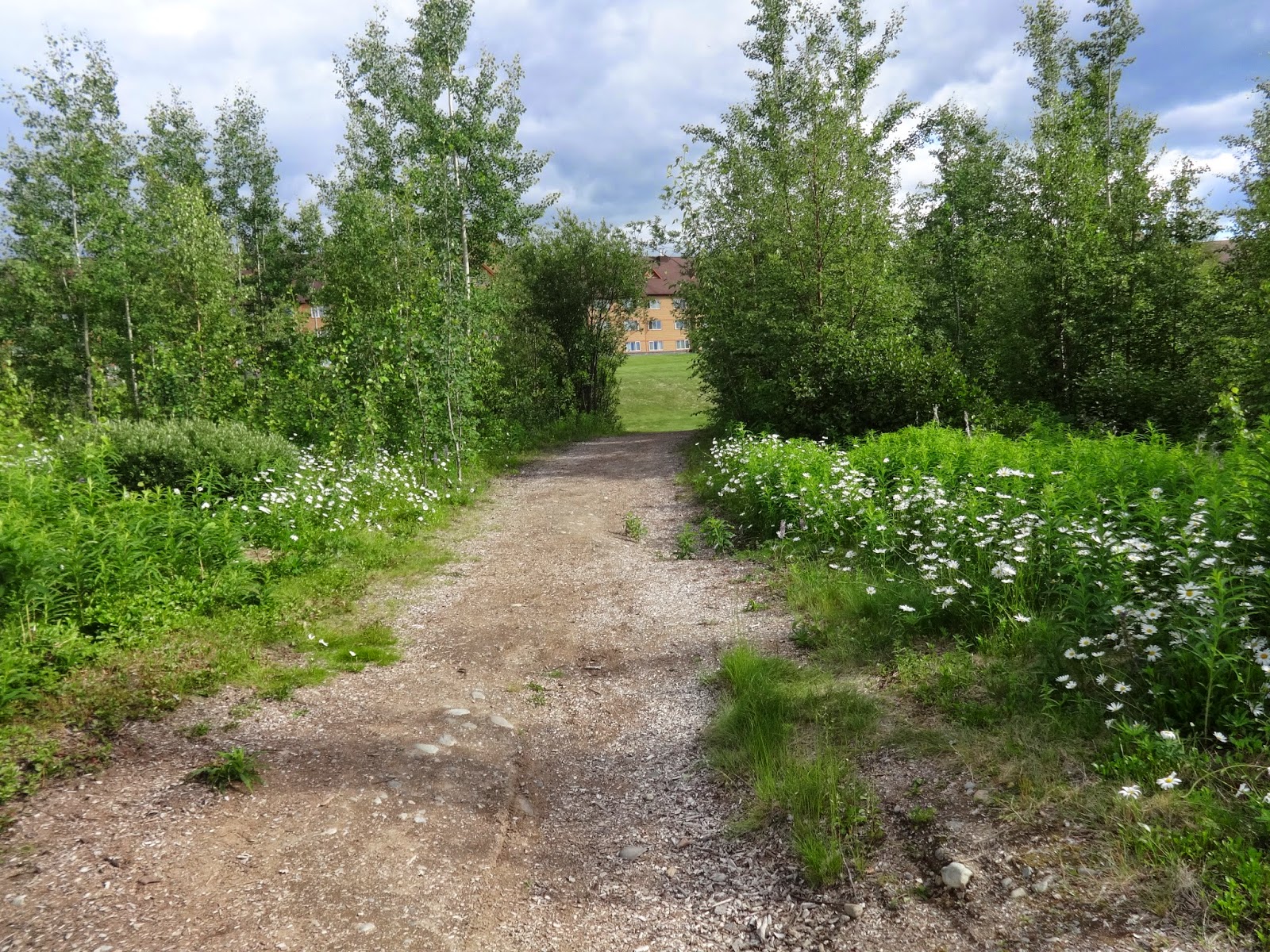 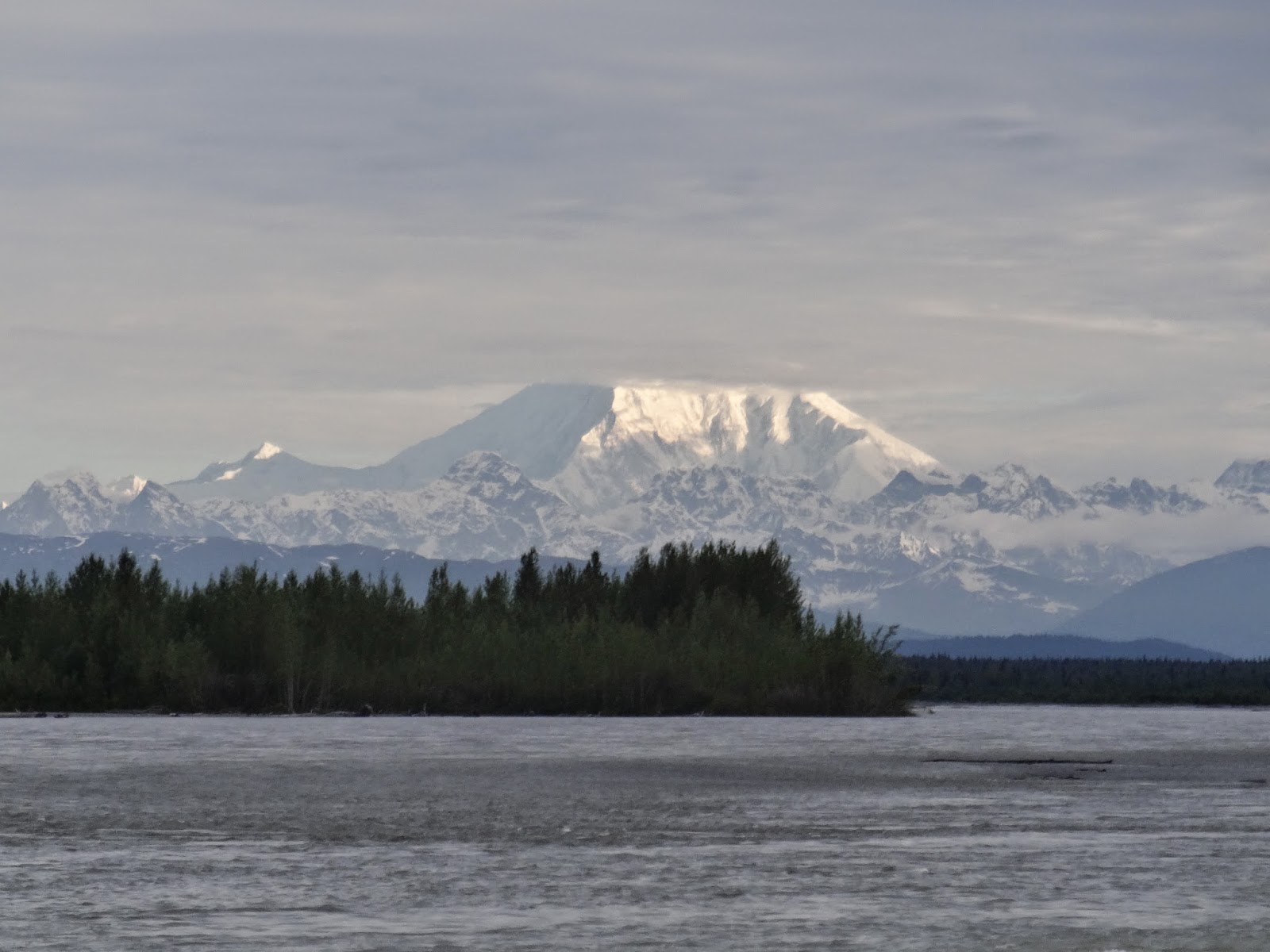 I'm at the river and it's pretty but it's not Denali. 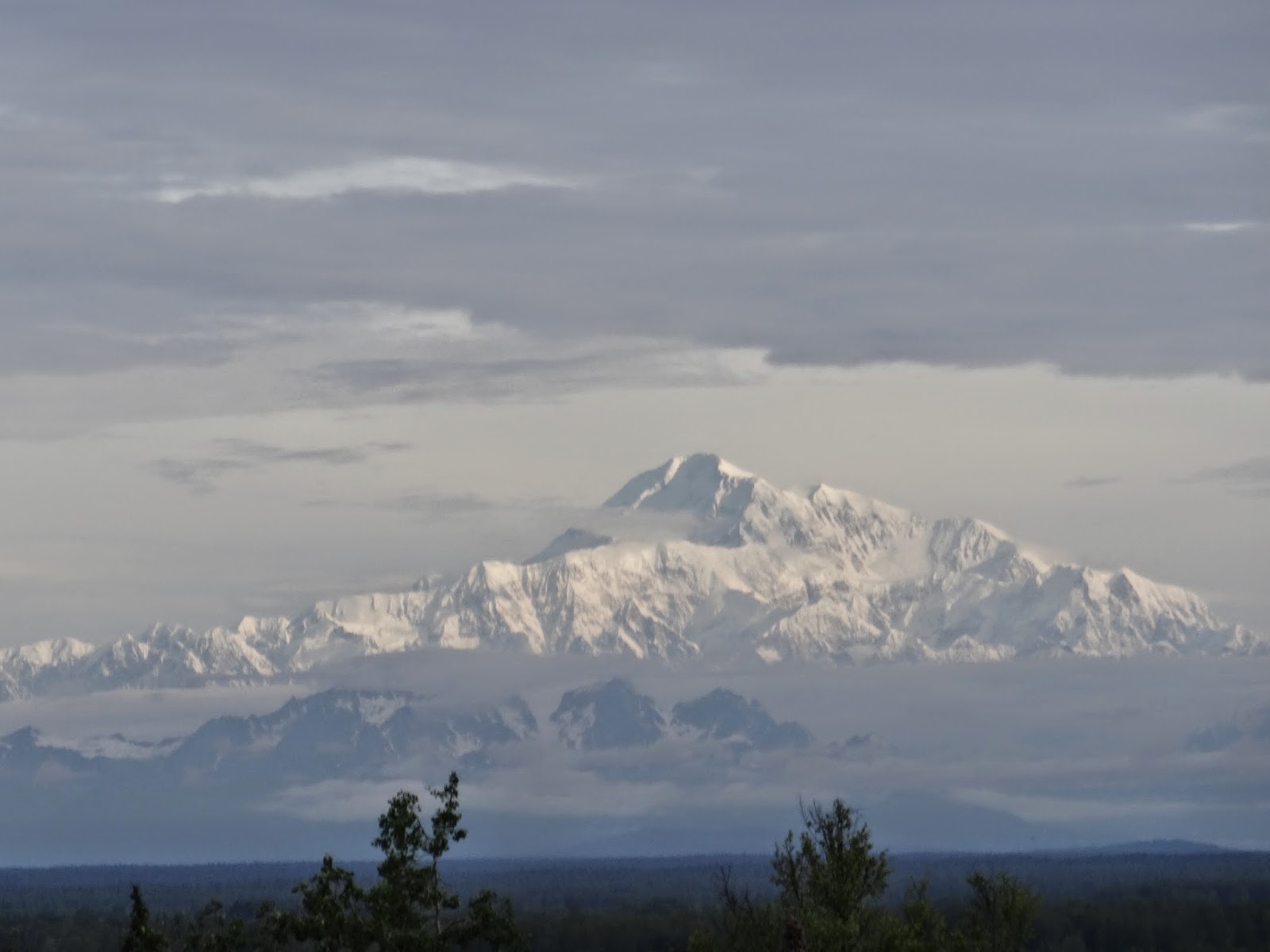 And it's out even the top!  The mountain range you can see below is
what we could see the night before and earlier that morning.

Then I was in Alyeska for running.  A moose was seen swimming in the pond next to our hotel. (People called it a lake, it was NOT a lake.)  A bear was seen right outside and bears were seen on the ski slopes very close by.  So I ran on the bike path again but even that was a bit closed in and not near people.  That turned out to be a good thing as I saw a mother moose and her calf, far enough away to feel safe but close enough to see and get a picture. 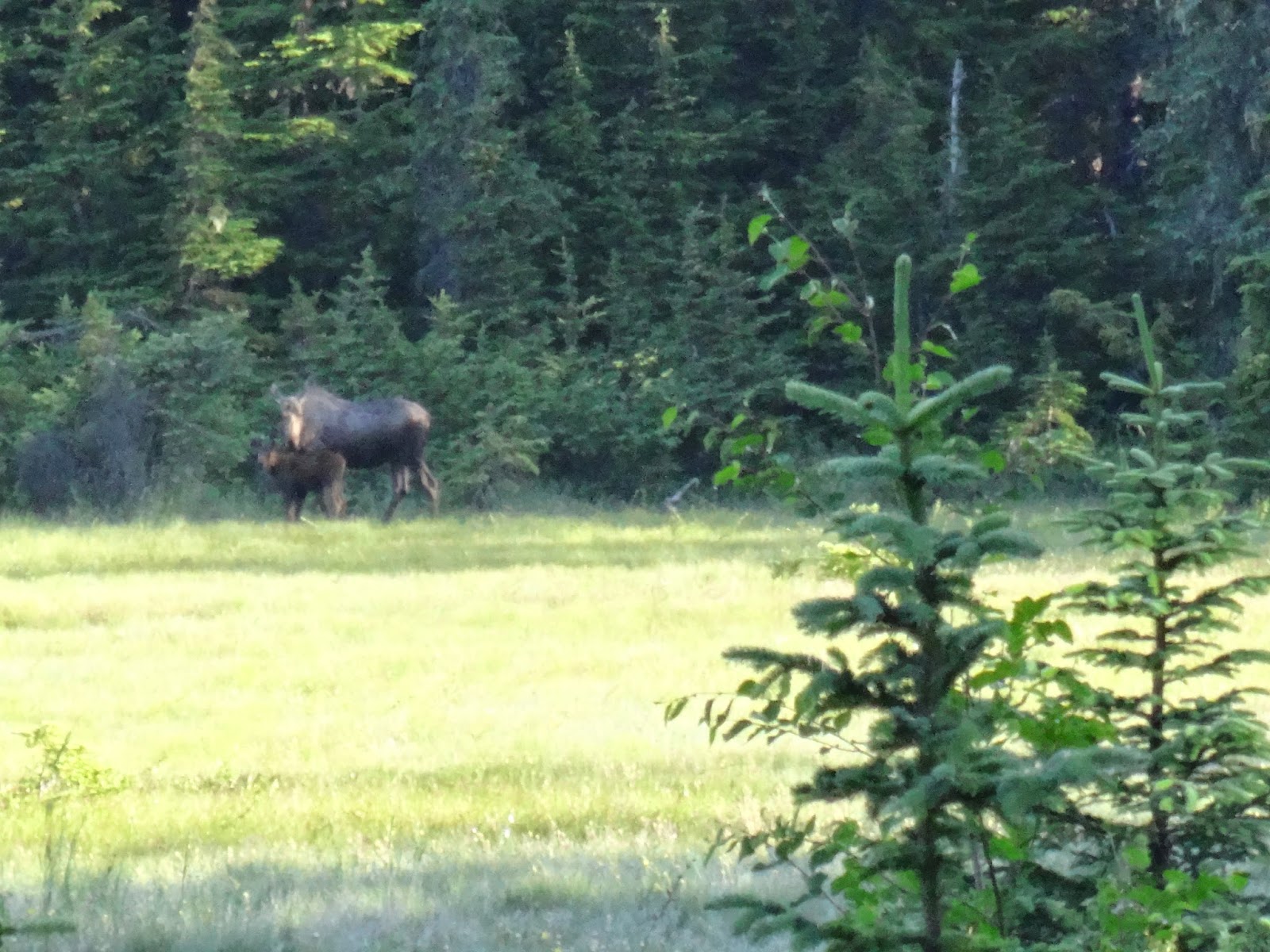 The next time I ran it was on the cruise ship where I ran every day.  It said there was a 20 minute limit but I never had a problem running as long as I wanted.  I ran almost exclusively on the treadmill but it was pretty sweet. Sometimes I was running while the ship was moving and other times it was in port. It was always gorgeous and very easy to do!  I ran on the track for just a bit. Usually I was early and it was wet out there and looked slippery.  I found the fitness center on the 12th floor the place for me. 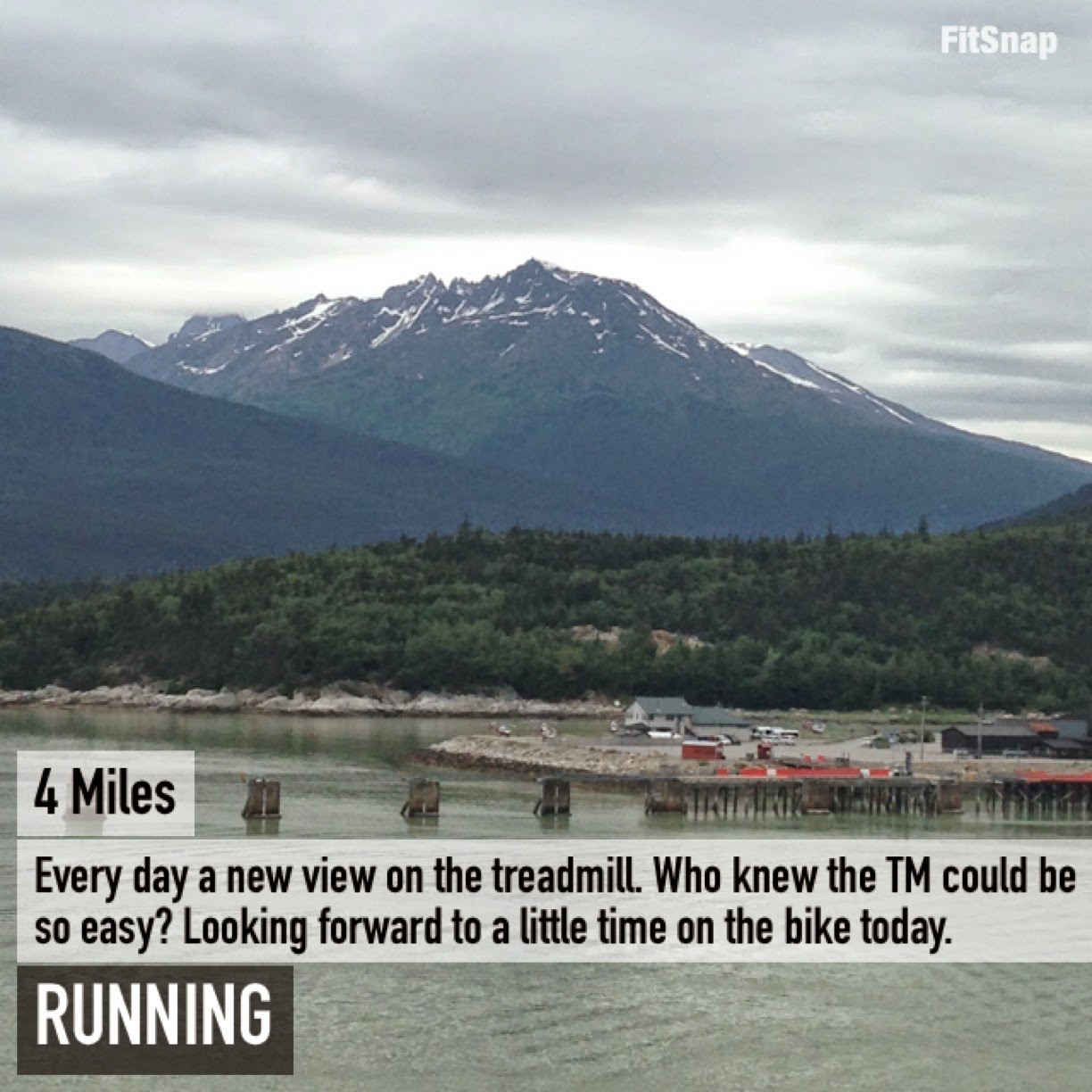 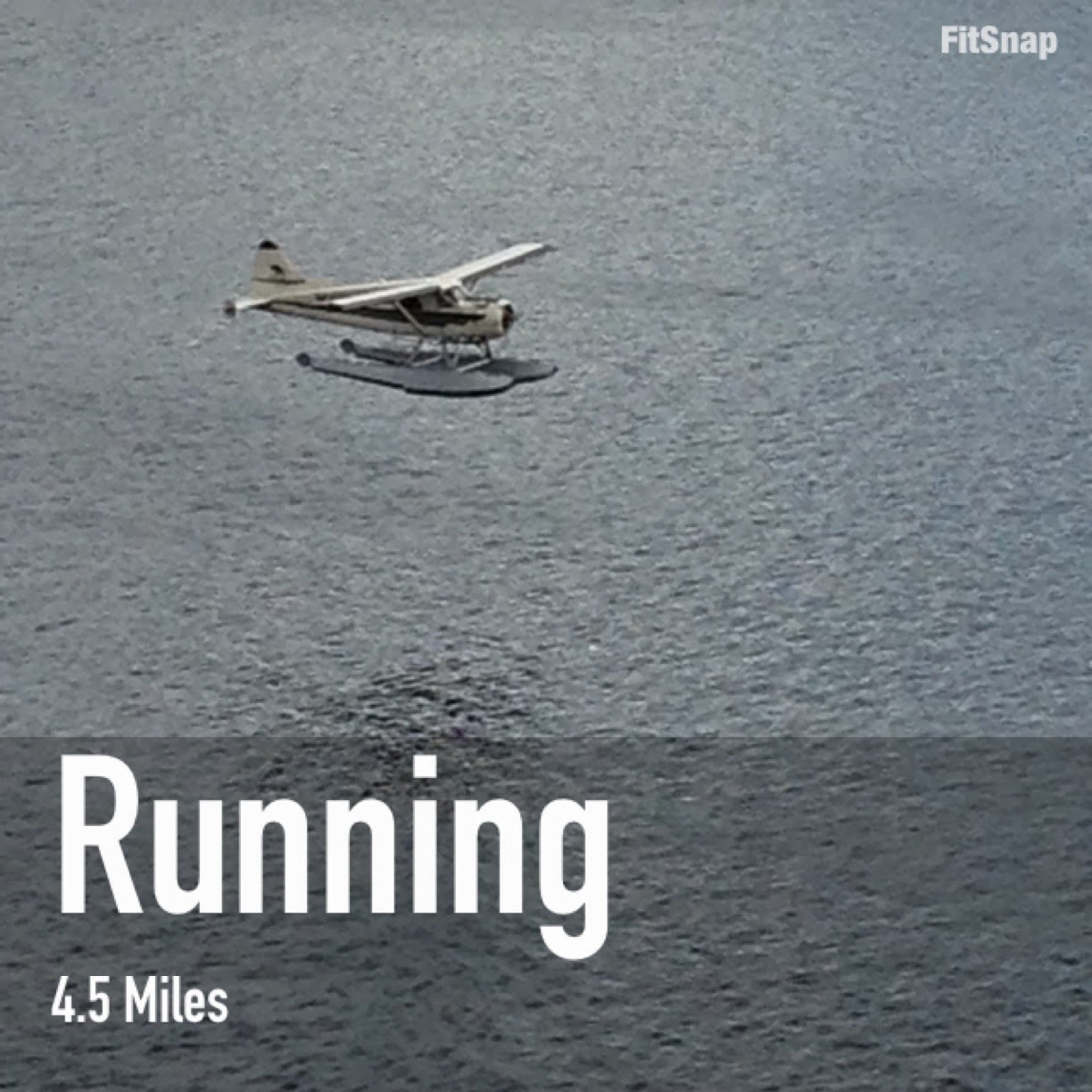 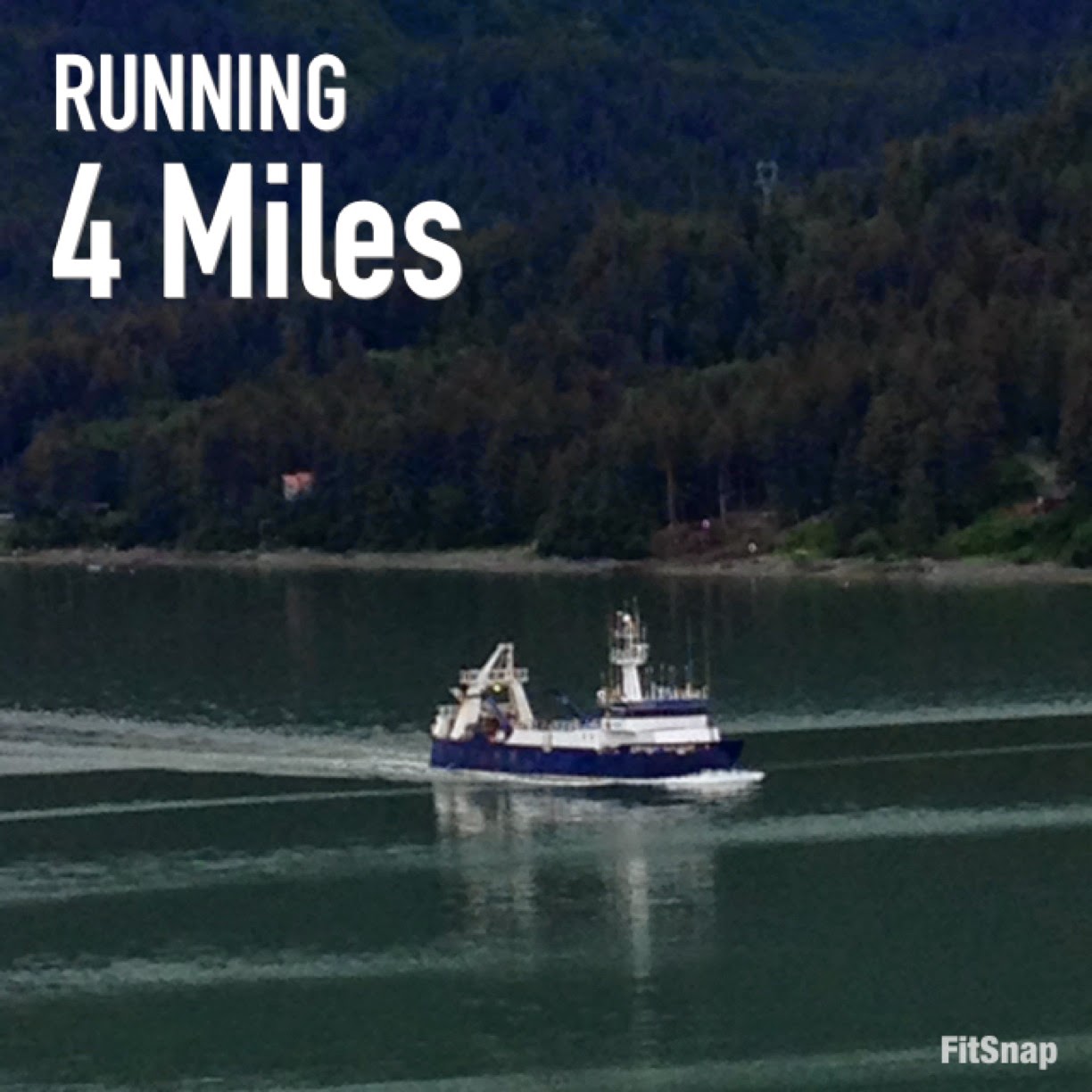 Another thing I did for fitness was take the stairs almost all the time. The elevators were crowded and took forever to come.  I decided early on I needed to be using the stairs.  I traveled from the second floor to the 12th and back many times every day.

The last thing for today is that the second time we went to Anchorage I got to meet Cinthia!  This was prearranged and I was so glad she found the time to meet me. We went out to lunch and she helped me find a bike shop so I could get an awesome Alaskan bike shirt.  I started reading her blog because of the beautiful pictures never knowing I would be both seeing the scenery myself and eventually meeting her!  It was like getting together with an old friend. 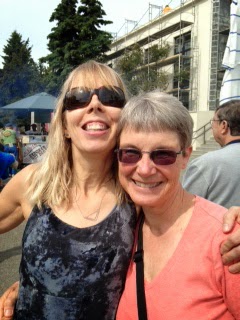 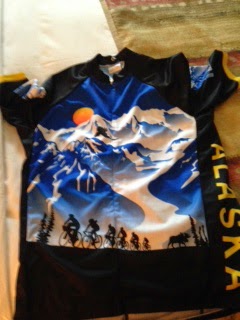 I'm glad to hear your are enjoying your runs through the woods of that wonderful place. Enjoy your vacation!

I have enjoyed your photos on FB so much when you were in Alaska. It was a beautiful trip. Thanks for sharing.

Nothing special happened here, didn't blog much myself so you didn't miss a thing.

I have enjoyed following your trip activities with envy.

Everything just awesome! When people ask me which country I would like to visit if I could choose I always say Alaska. Really great pics!

One of my very favorite vacations was in Alaska - I'm glad you had an amazing adventure!

I loved seeing your pics on FB and IG. I enjoyed Alaska 1000x more than I thought I would and it looks like you loved it too. So clean and beautiful. I'd go back in a heartbeat.

Awesome. I am so jealous! Glad you had a wonderful time and got to squeeze in some fitness too! So cool that you met up with Cinthia.

I've never been on a cruise, but it's good to hear that it wasn't a problem to get the miles in. I'd love to see the wild animals!

I can't tell you just how much I enjoyed travelling to Alaska with you vicariously. The views were stunning.

I'm impressed with how much running you were able to do on vacation! I usually manage a couple but am usually beat from all the walking and other activities. I also found cruise ship TM running to be interesting because of the gravity changes from being on water.
Love seeing all your photos!

The front desk said it was safe? Maybe mostly safe... I was warned about pissing off a moose and I turned around when I saw bear poop!