What else did I do in Alaska?  I did a fair amount of checking out their craft beers. Someone had to.

I actually started keeping a list and rating them.  I wasn't always as specific as I should have been.

I admit I am shallow and taken in by beer names and logos.  Put a bike on your beer and I'm going to try it. Craft brew makers take note. 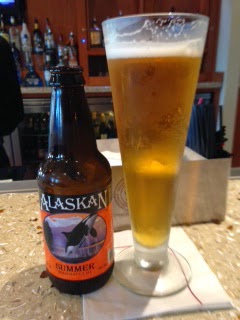 The first two I had were from Alaskan Brewery which were quite easy to get. 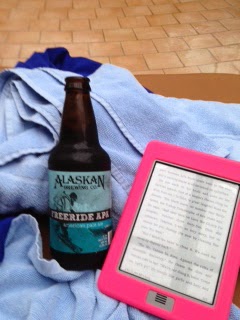 On the cruise ship later, staging some beer pictures
because why not? 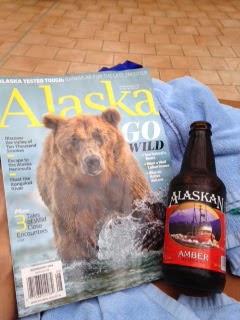 Sitting in the Alaskan sun, warming up after the
whale watch, playing with my beer. 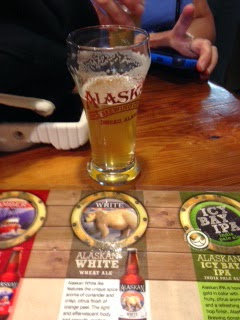 At the Alaskan Brewery 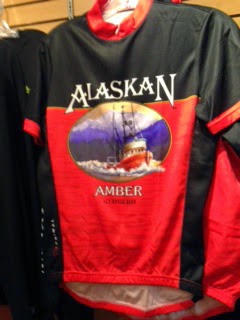 Great cycling shirt. Well, sure I'll get it.


The kinds I had were summer, amber, white, and free ride. I liked them all.  We visited the brewery when we were in Juneau.  I did a sampler while there. I was not crazy about the smoked porter.  I got a sweet new cyling jersey there.  Samples were flowing freely.  We were on the liquid tours shuttle so no driving problems. 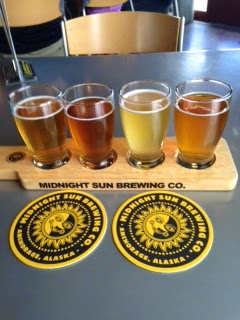 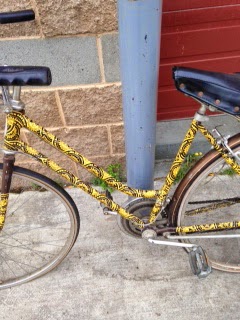 Why wouldn't you go to a brewery that decorates their bike with their beer logos?

We went to Midnight Sun Brewery. This was on Jamoosh's recommendation.  Thank you, Jamoosh.  We may have spent a bit on a taxi to get there and back thinking it was closer than it was.  At first I thought they weren't open but with a little more exploring we found out that yes, they were so in we went.  I had a sampler and an excellent lunch. I can't tell you what was in the sampler but I did have a pumpkin beer.  It wasn't my favorite pumpkin ever but I did like the various samples.  I started my beer t shirt souvenir and pint glass frenzy here. 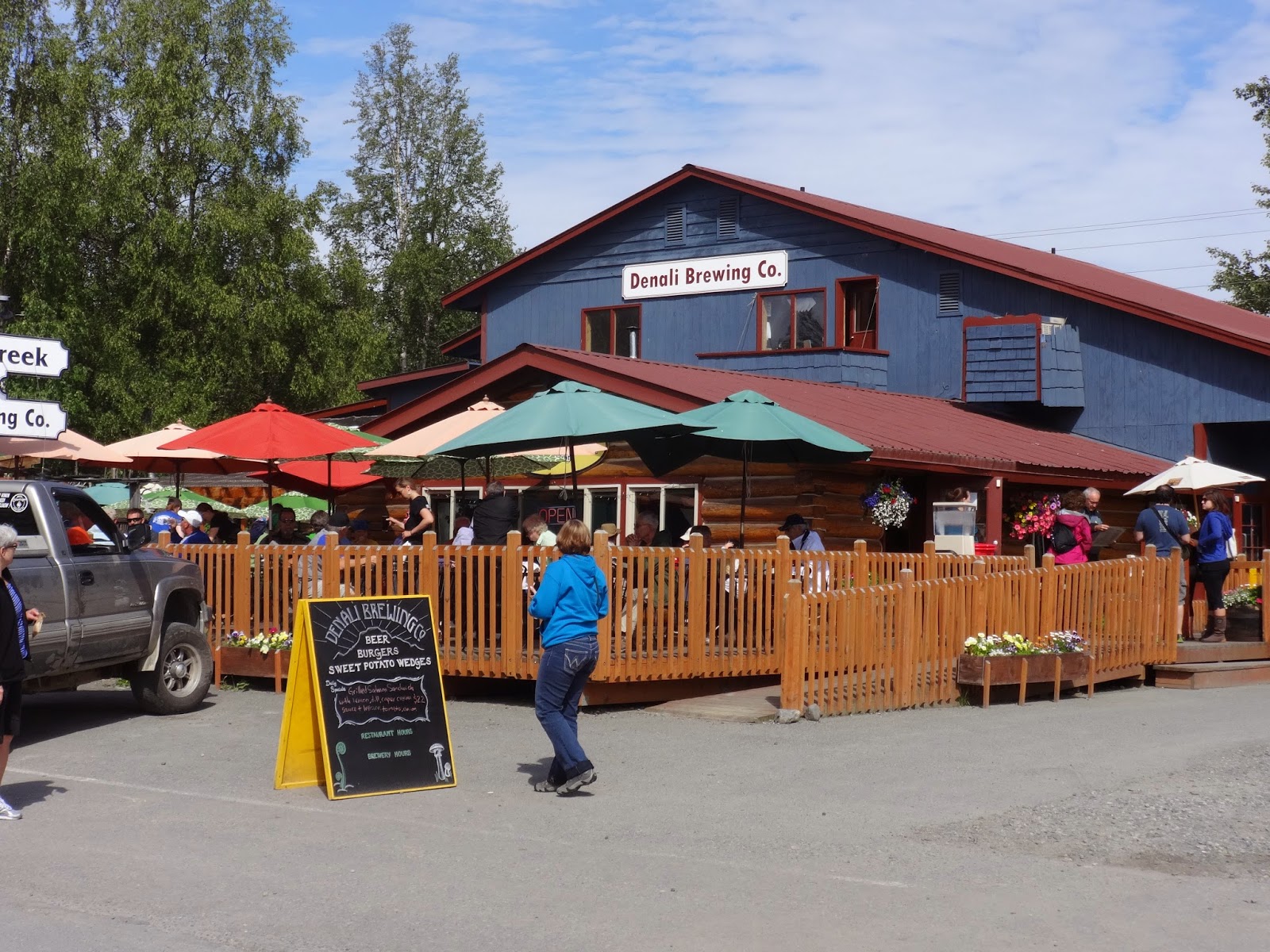 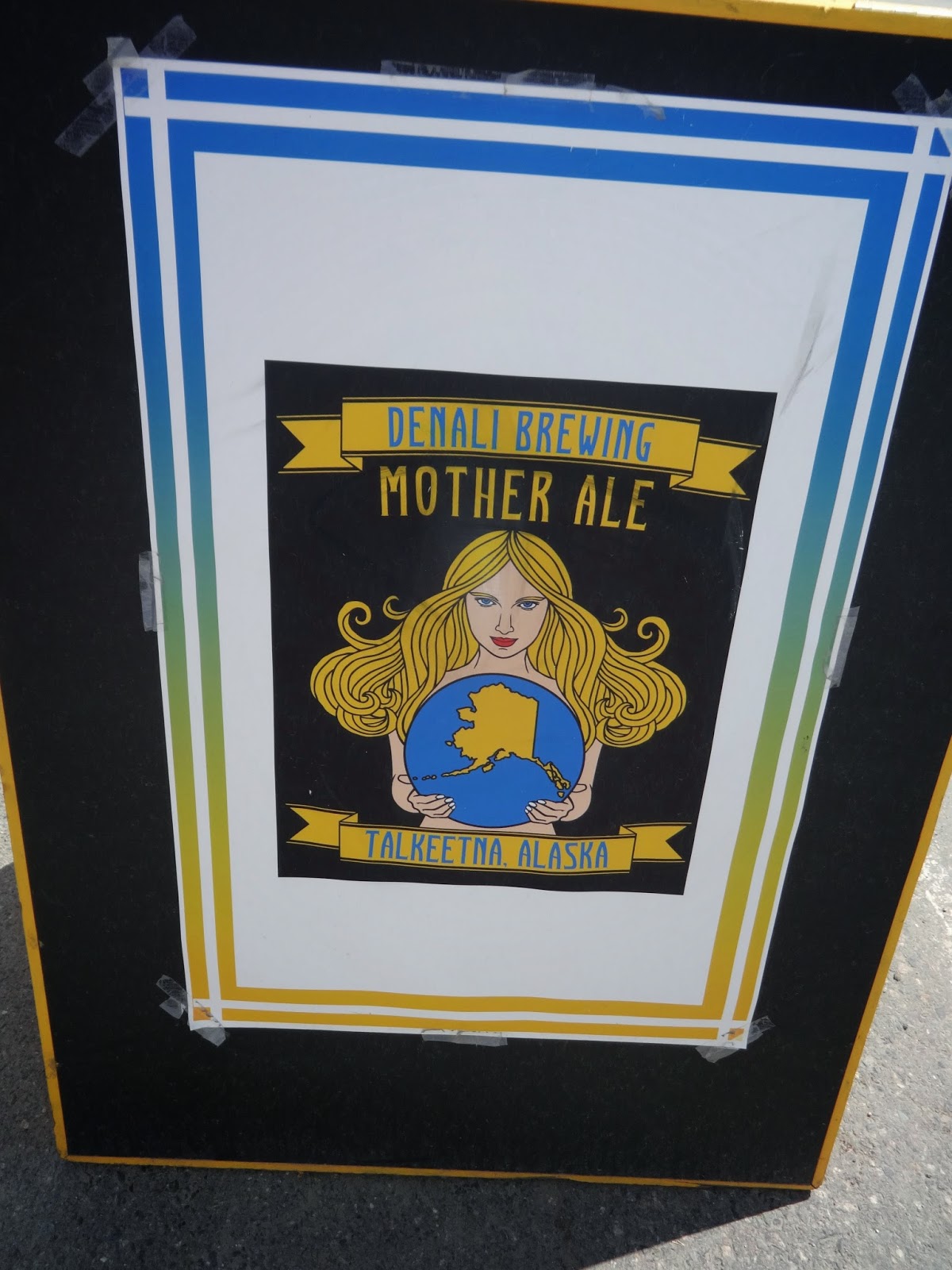 I bought a t shirt with this picture. 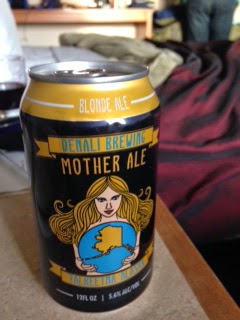 I had this beer while waiting for Denali to show.  How perfect.
I love the can.  Like I said, I'm shallow.


When we were in Talkeetna at Denali Brewing I tried Mother Ale and some others.  I loved this beer.  I liked most of the beer I tried. I loved Talkeetna maybe the best of all the places I went so this beer has a special place in my heart.

While in Alyeska I tried two beers from the 49th State Brewing Company. I loved both of these - Blonde Ale and Amber Borealis.  I know I keep saying I loved the beers, but I did.  Until.....

While in Skagway we ate lunch at the brewery and strangely enough no one liked any of the beer.  I did  a sampler of 4 and was quite disappointed. I doubt we all have the same taste in beer so I was surprised that we all had the same reaction with various beers.  I bought nothing there.

I hadn't had Denali Brewing for quite some time so
it was nice to find it later in the trip.

When I was in Ketchikan I got to try Denali Brewing Single Engine Red which I loved.  I also tried some Denali Brewing in Denali but I don't have it written down. Too many samples perhaps? 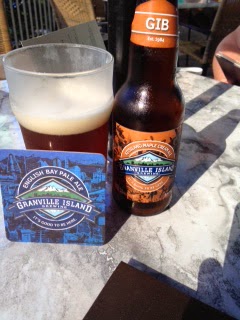 One more before heading home.  Or maybe it was two more.

The last beer I tried was in Vancouver where I tried Granville Island Brewing Maple Cream Ale which I liked enough to have two.  I didn't know there was a brewery on Granville Island when I was there or I would probably have more pint glasses and t shirts. Their pint glass was great.

All my pint glasses made it back unharmed! 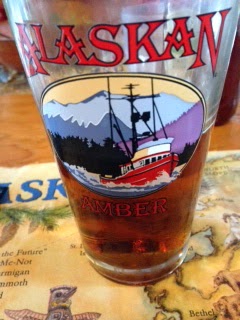 \
I didn't buy this pint glass. Why not?

I know I've missed some but you get the basic idea. Alaskan beer is good.

I shed a tear because I'm happy for your beer awesomeness in Alaska!

Agree with Jamoosh - this made my heart sing!
But I have to ask...did you get to sample any Seattle beers while you were out? Did I miss those?

Signs of an awesome vacation. We joke that half our vacation souvenirs are either microbrew tshirts or pint glasses. Very jealous!

I love getting pint glasses, that is all we use at our house to drink out of.