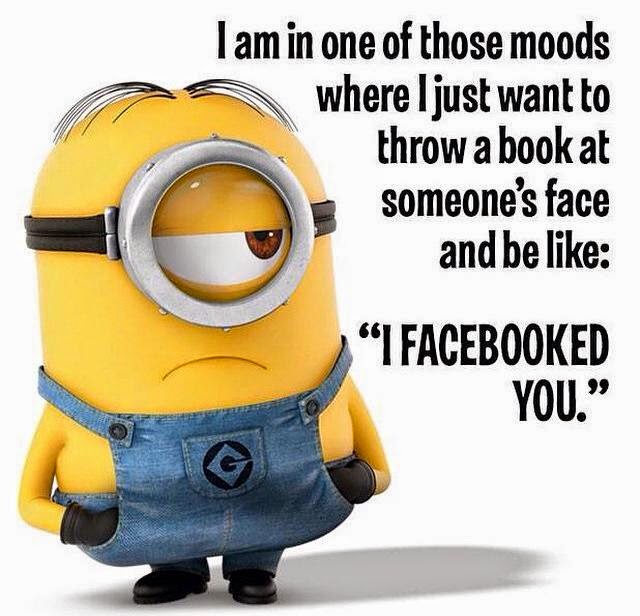 Not running - ugh.  I haven't run since the NYC Half Marathon.  Although my knee didn't hurt during it, it hurt a lot after it and it was time to rest it.  I have been disappointed that 2 weeks off hasn't done more for it than it has.  Yesterday though I did walk/run a mile.  It felt okay the rest of the day and is feeling okay today.  I didn't have knee pain last night.  Generally sleeping is the worst time.  It feels okay today so maybe I am turning a corner.  I may try a short distance today.  I am seeing a chiropractor who told me to listen to my body.  How does it feel while I am using the knee and how does it feel after and the next day?  So I am trying to do that.  Ugh.

Swimming - I feel like swimming is going better. Some random guy at the pool helped me with my stroke and I can see a difference.  You would think I would be swimming more but I'm not.

Biking - My bike is tuned up and ready to go but the weather isn't cooperating.  I may get out there today  but maybe not.  Although I ride into the cold weather in the fall I want to begin in the spring with it being reasonable. When I do start it will be with my older bike as there is so much crap on the roads.

Signing up for races - I have two tris/dus I worry might fill up but I am hesitant on signing up for more while injured.  But maybe today I'll bite the bullet and do it.

Eating - As with swimming which I should be doing more you would think I would be doing less while not exercising much.  Nope.  Having a hard time with this one.

Reading - I'm doing lots of reading.  I finished a book a week or so ago that I loved.  It was The Art Forger by Barbara Shapiro.  I loved it. Right after I read it they did a piece on the art theft that the book is based on on NPR.  If you read it and like it let me know.

Listening - I'm listening to lots of podcasts as usual.  My new favorite one is Invisibilia.  I am dying for Serial to start up again.

Vacationing - I am not going to be going to Florida to ride to New Orleans. Flights are too expensive.  My friend that I was going with is going to Cape Cod instead.  I will probably go for part of the week to bike there.  I am hoping to be running too as running by the ocean is one of my favorite things in the world.
Posted by ajh at 9:18 AM 8 comments:

Last weekend I raced in the NYC Half Marathon. It is one of the three biggest races I have been in.  I went down on Friday and made a 3 day weekend of it.  Love NYC and I hadn't been in awhile so it was great.

I arrived with my friend early on Friday.  We left stuff at the hotel which was right in Times Square and headed off to the expo.  The expo was good although it wasn't as big as I thought it would be.  I got a couple of shirts that I liked a lot and a new waist pack.  One of the shirts has the race course on the back in case I forget where I ran.

Then we became tourists by first going to the top of the Empire State Building. I have been up a couple of times but it was a clear day and there were no crowds and no lines! 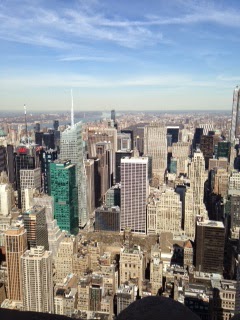 Then we played near the jumbo tron (???) in Times Square for the Revlon Ad.  You keep showing up and it is addictive to try and get the best picture. It was hard! Here are a couple of the tries. I have the hood on. 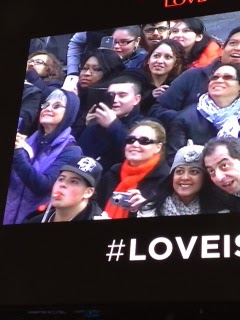 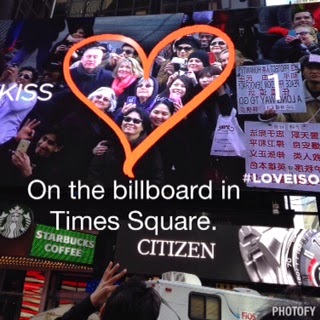 We ended up at the ticket booth getting tickets for a show Friday night even though we were already going Saturday night.  We got tickets for If Then with Idina Menzel (did I get that right?) which is ending soon. It was superb. I enjoyed it so much!  Saturday night we saw Aladdin and IMO you can't go wrong with Disney on Broadway. 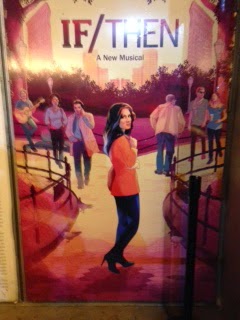 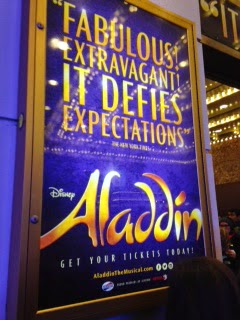 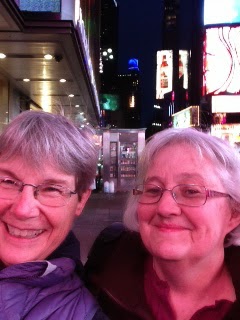 Saturday we spent a lot of time trying to figure out where the race was ending and where to meet. 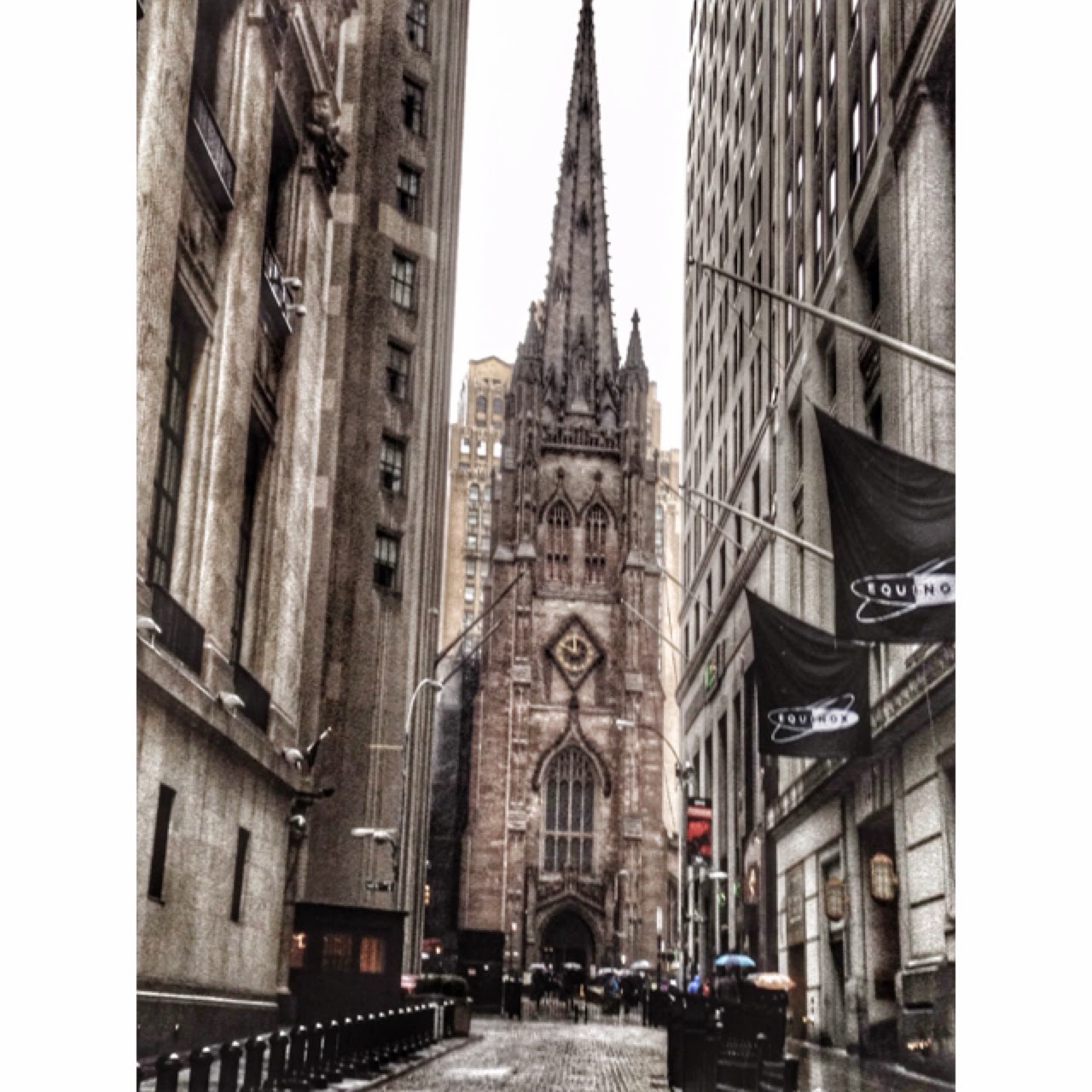 I don't like that this race didn't have a family meet up area.  Sat. was rainy and cold so trudging around trying to figure this out was a pain. Then we went to just below Central Park to hit up F.A.O Schwartz, the Apple store and Nike. We also went to the Public Library which has the most fun store.  I was exhausted and ready to go back and rest before the show. 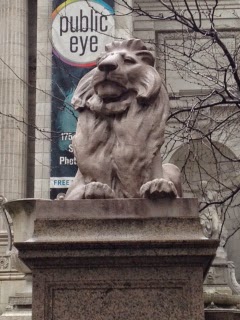 I must admit I was nervous about getting to the race in the morning.  I changed my mind several times about how I would get there but ended up going up very early. I took the Metro and got off not quite where I should have but it all worked out.
I was in wave 3 which was the last wave to start. It was much colder than predicted so I did not have the clothes I wished I had.  It was cold waiting and I never took off my throw away top.  Once I was ready to I thought about hitting the windy road along the river and decided to keep it on. Smart move! 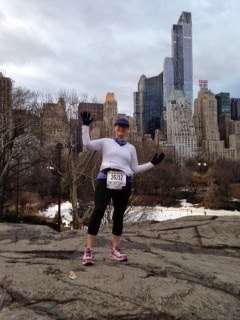 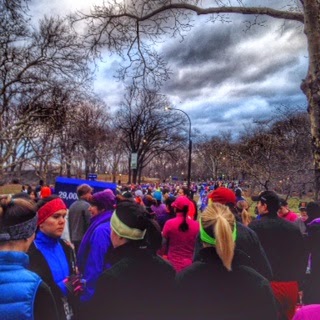 Once we began I was finally running through Central Park which has been on my bucket list for so long!  I was in heaven.  There were 20,000 runners in the race but it truly wasn't too crowded.  We ran through CP for a few miles and yes it was hilly.  Then we went into Harlem for an out and back before going back into CP. 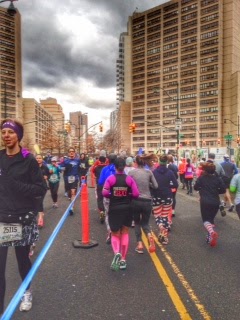 When we were going back through CP I spotted the only person I know from NYC. It was Ali (the one who blogs) and I have only met her once. But I yelled to her and told her I was Emily's mom and she went crazy.  She was spectating and cheering on runners. Her enthusiasm left a smile on my face for several miles.  Then we left Central Park. I was looking for a bathroom without lines and shortly after we left I found one. Score. 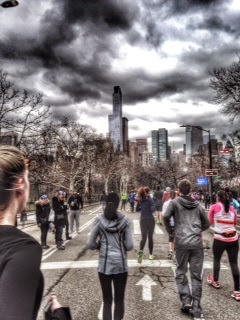 Then it was up 7th Avenue on the way to Times Square which was incredible.  I loved this the most by far which surprised me because I thought Central Park would be my favorite. But Times Square with no traffic and people cheering you on......epic! 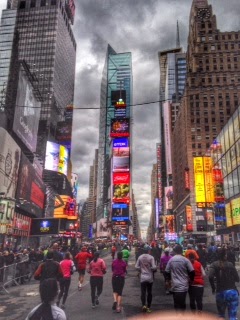 We turned and ran down 42nd Street which was great.

I was not running fast but I had a pace I wanted to maintain.  My long runs had been so so so slow that I was a bit worried.  I had been running a mile and walking a minute and had planned to do this during the race but I felt so good I didn't.  I have been having a lot of trouble with my knee but it didn't bother me at all during the race.  It was going to be a very tight time getting back to the hotel to catch the shuttle to the airport. I had this in the back of my mind throughout the race.

Then we turned onto the West Side Highway which runs along the Hudson. It was open and windy but I was okay.  I loved all of the course.  We went through a tunnel which was pretty cool.  This is a picture of coming out of the tunnel. 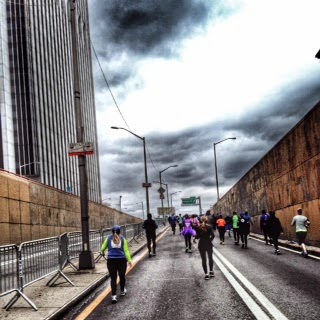 I thought I was still doing well but my last mile was slow. 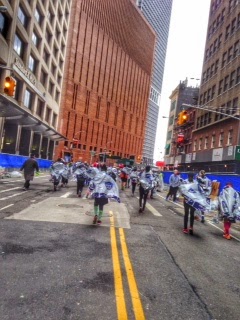 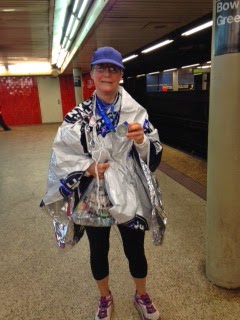 I did finish in the time I wanted, somehow met up with my friend and then we took the Metro back. I was freezing and sore.  Stairs were a problem.  The worst part was the walk back outside in the wind to the hotel.  We got back and thankfully there was time to change before the shuttle got there. I made it by about 10 minutes.

Then it was a long day at the airport but our flight wasn't canceled although that was in some question.

Overall I loved this race. I wouldn't do it again (probably).  It was expensive and there are lots of races out there. Next year I 'd like to do the half in DC that is the same weekend. Plus the race is on a Saturday which would be more relaxing.  I'm glad I did it though, it was a great weekend.

My knee has given me a lot of grief since the race. I have not run since. I have a PT and a chiropractic appointment this week (long story).  I am discouraged as I have been working on it for awhile and cut back my training considerably.   It doesn't hurt to run generally but getting up after sitting or sleeping and driving are the worst.  I have two more halves in May.  I don't care about them AS MUCH as this one but I do care.  It's time to heal.