I must have eaten well or at least a lot as I gained 10 pounds!  I've already lost some and am feeling fine about it.  I made it a point to eat a lot of fish even though generally it isn't what I would choose.  I have always said I didn't like salmon but  when it is fresh.....bring it on. One of my favorite things with salmon was the salmon tacos I had in Ketchikan. 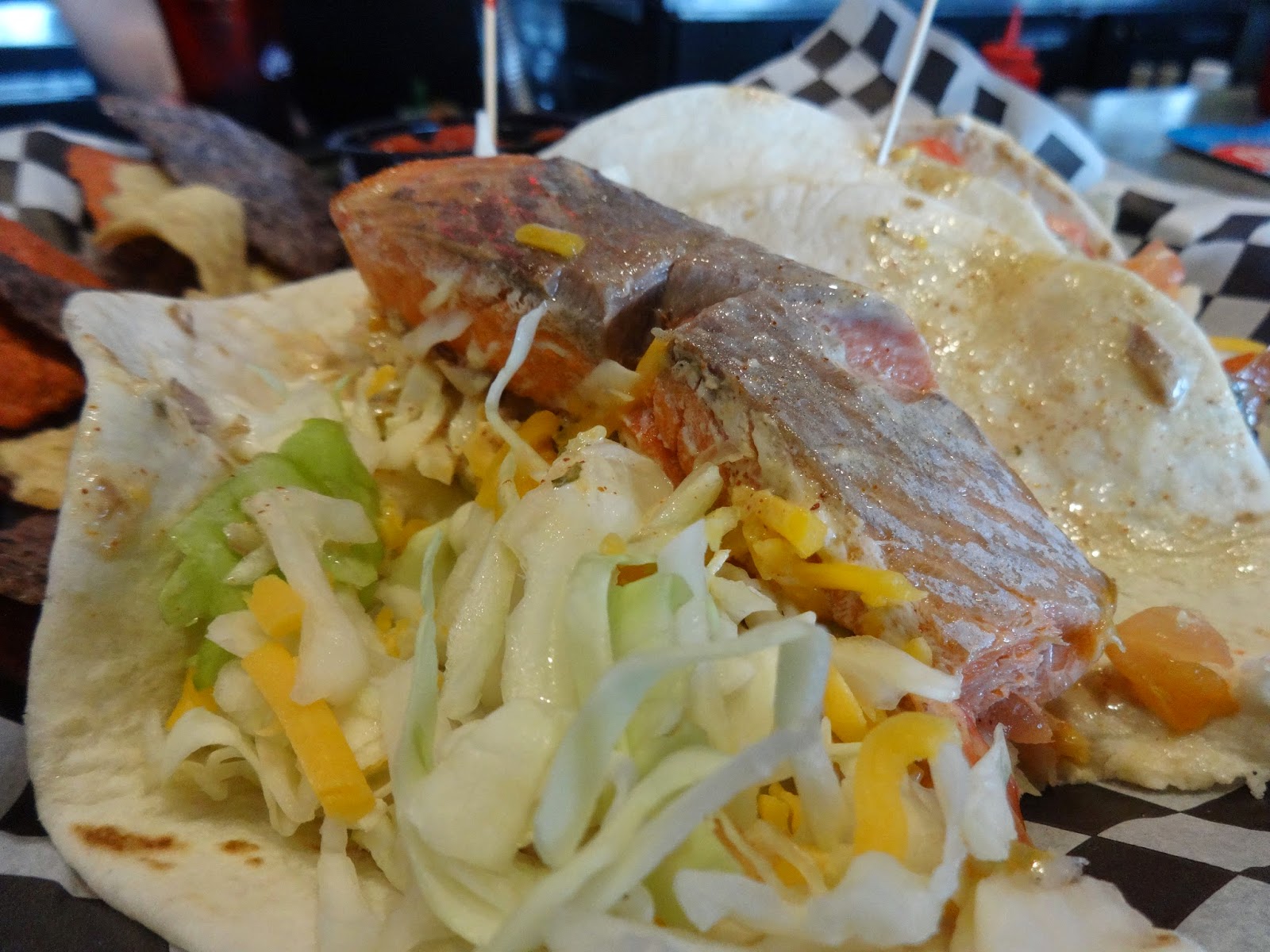 I had cod, king crab legs, smoked salmon, scallops, mussels, lobster (not as good as in Maine at all), haddock and shrimp that I can remember for fish.  I tried reindeer sausage and an elk burger.  I did have pizza one night and turkey another. But I really did try to eat "Alaskan".

While on the cruise ship it was impossible not to overeat. I had 2 appetizers every night, once or twice two entrees and often 2 desserts.  I loved the chilled soup!  My favorite dessert was the chocolate sensation which I had most nights and of course I had baked Alaskan. I had to.

I loved dinners on the cruise ship staring out the window at the ocean going by.  Loved it. 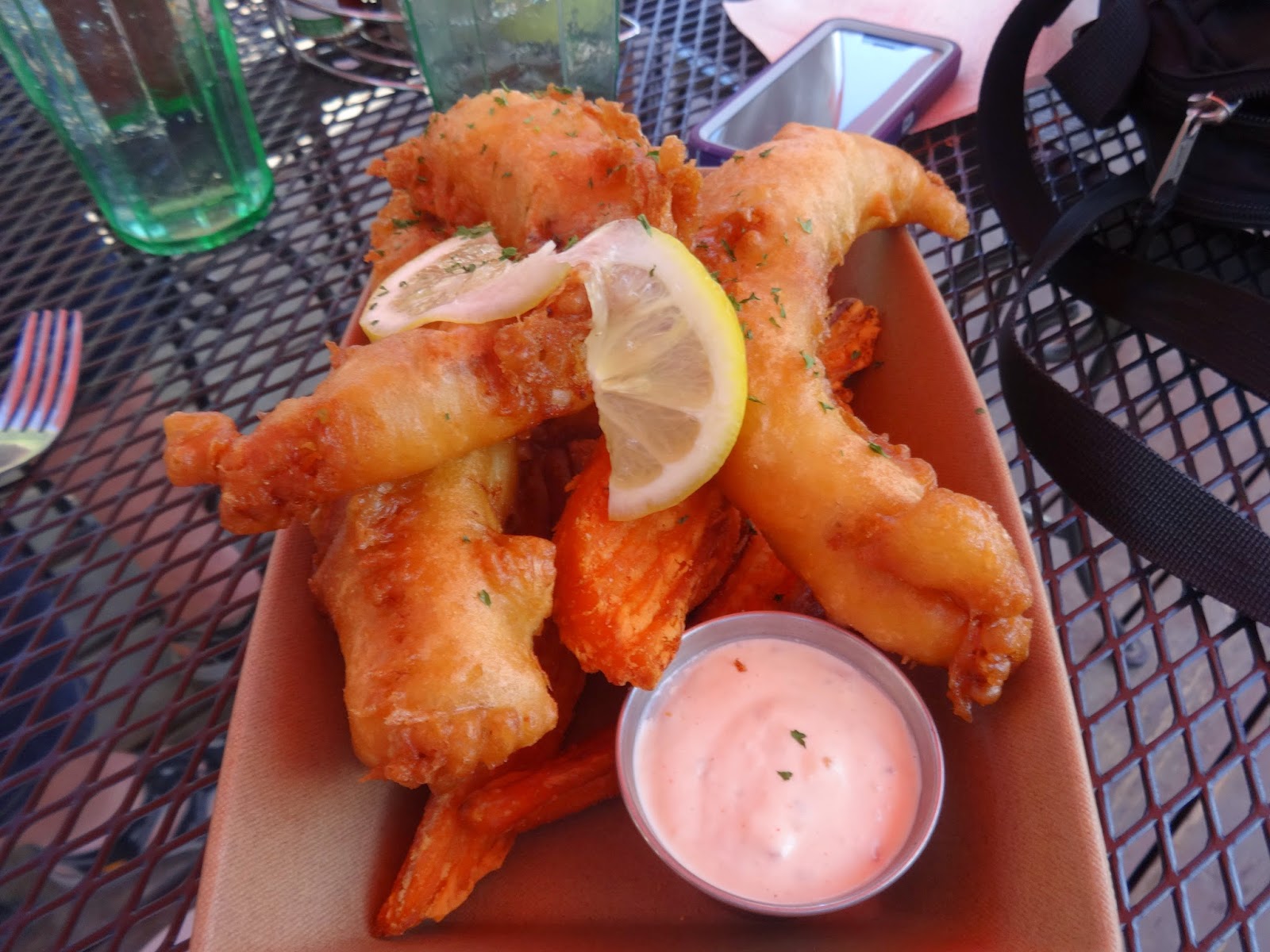 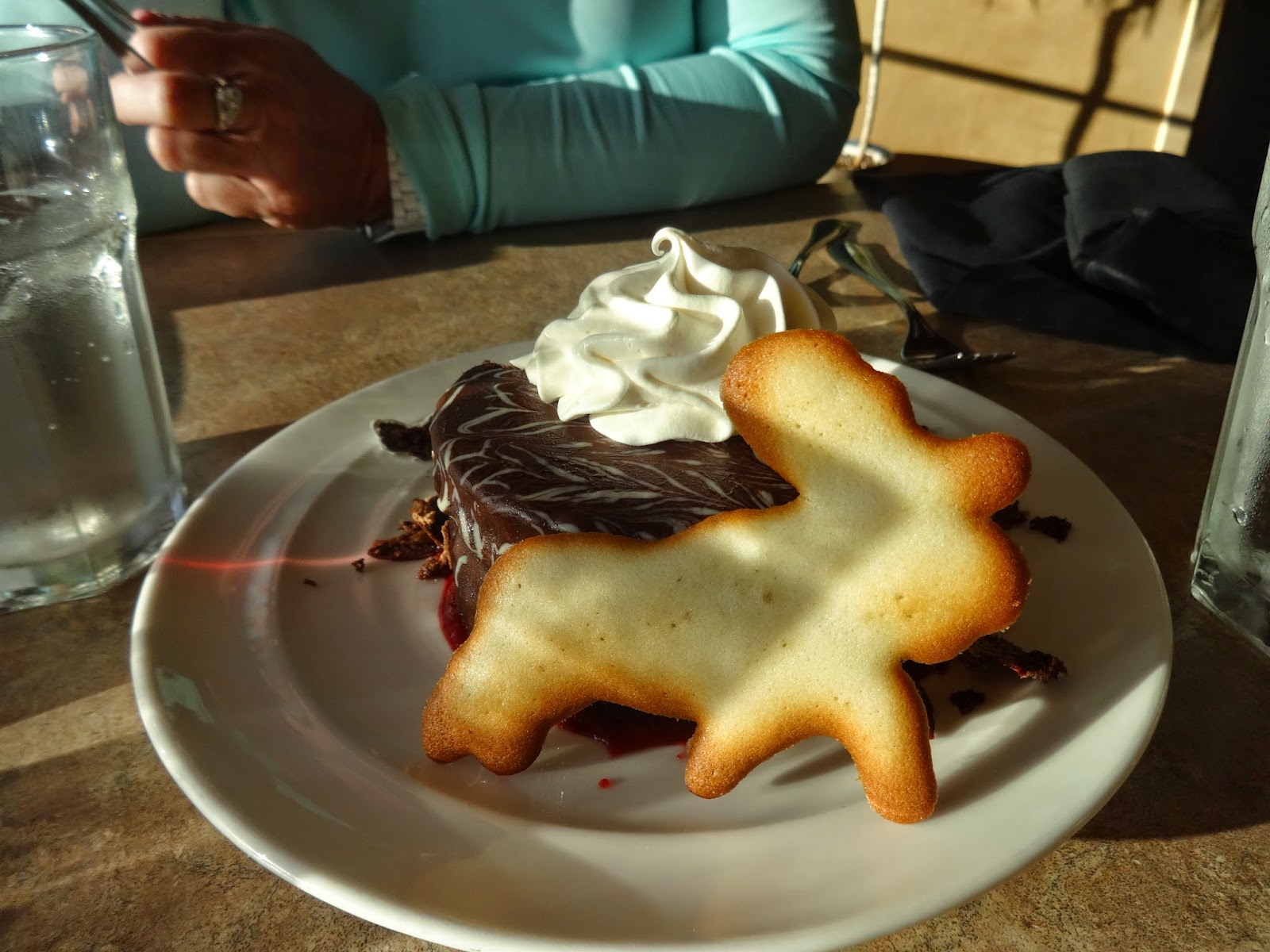 Best dessert the whole time - in Alyeska. I don't know
what it was called. It was something chocolate. 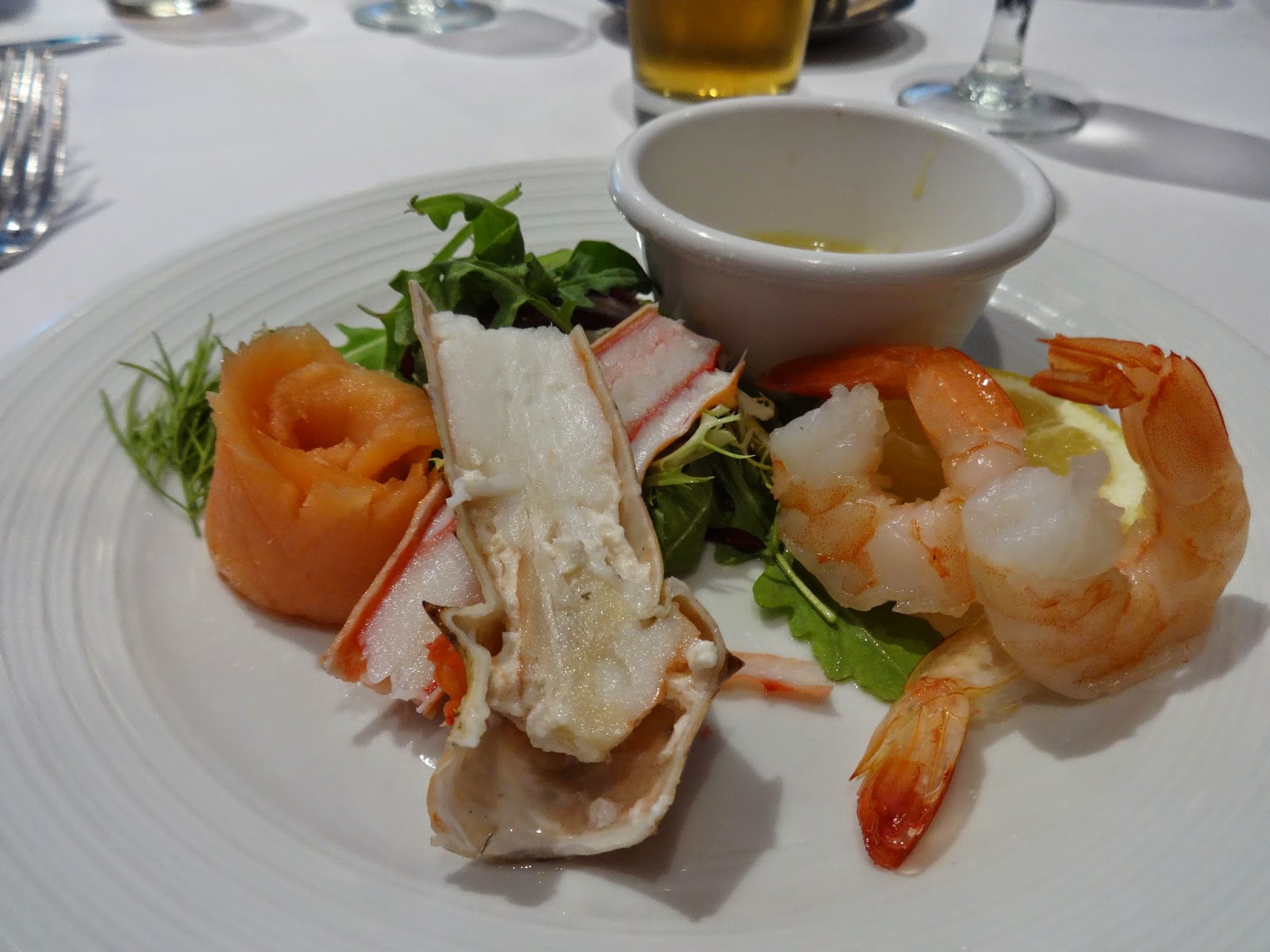 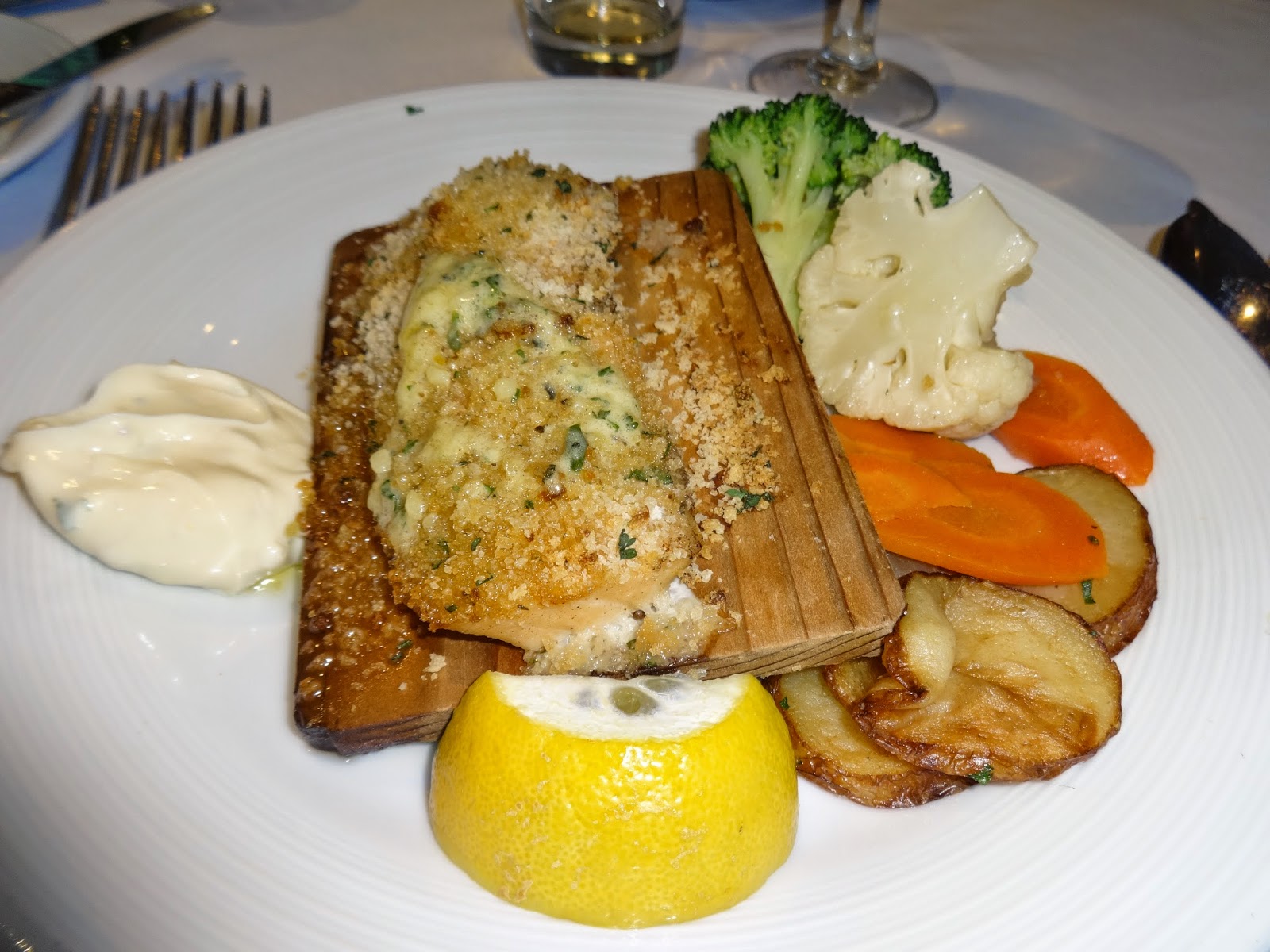 Salmon on a plank. 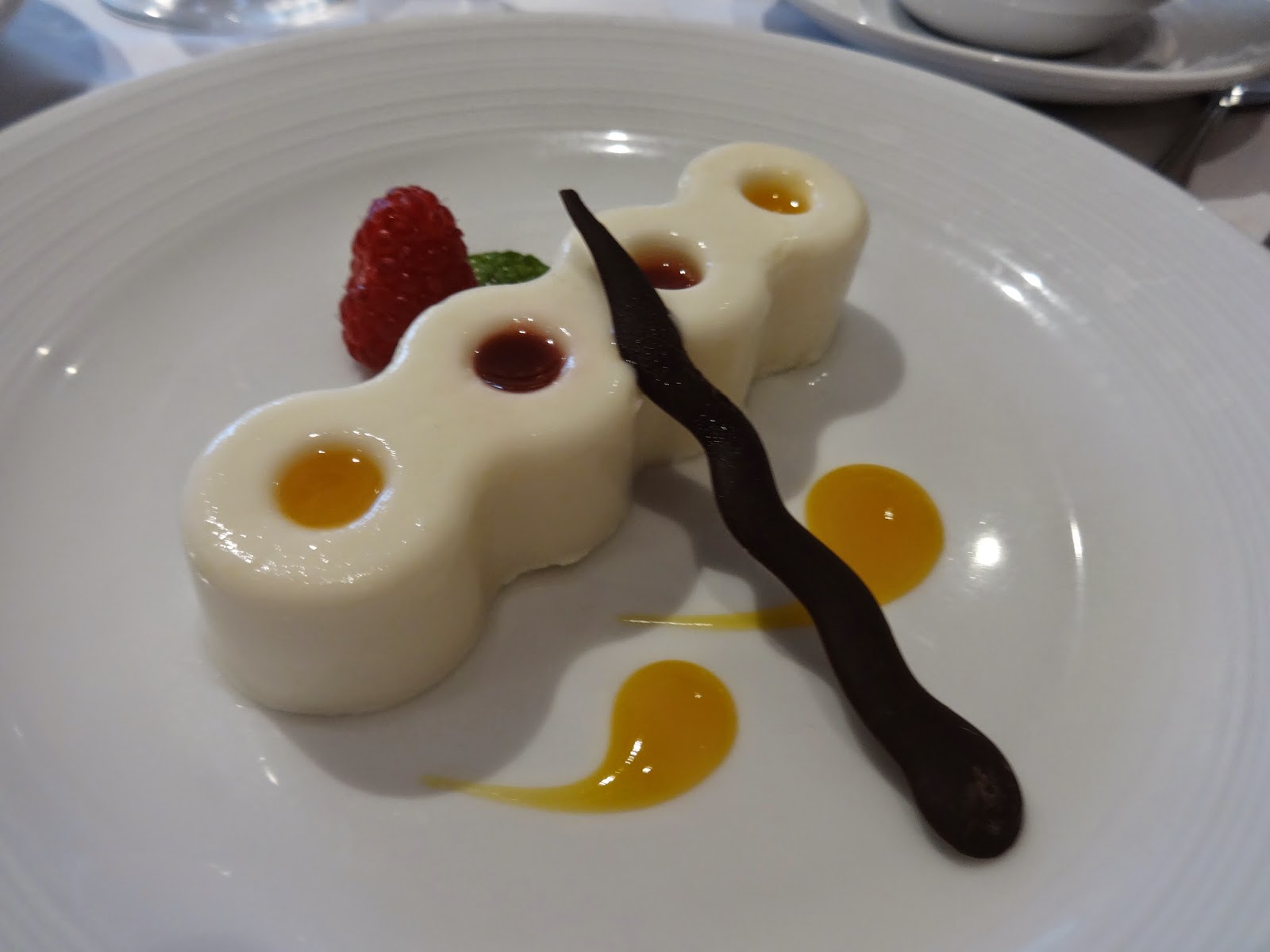 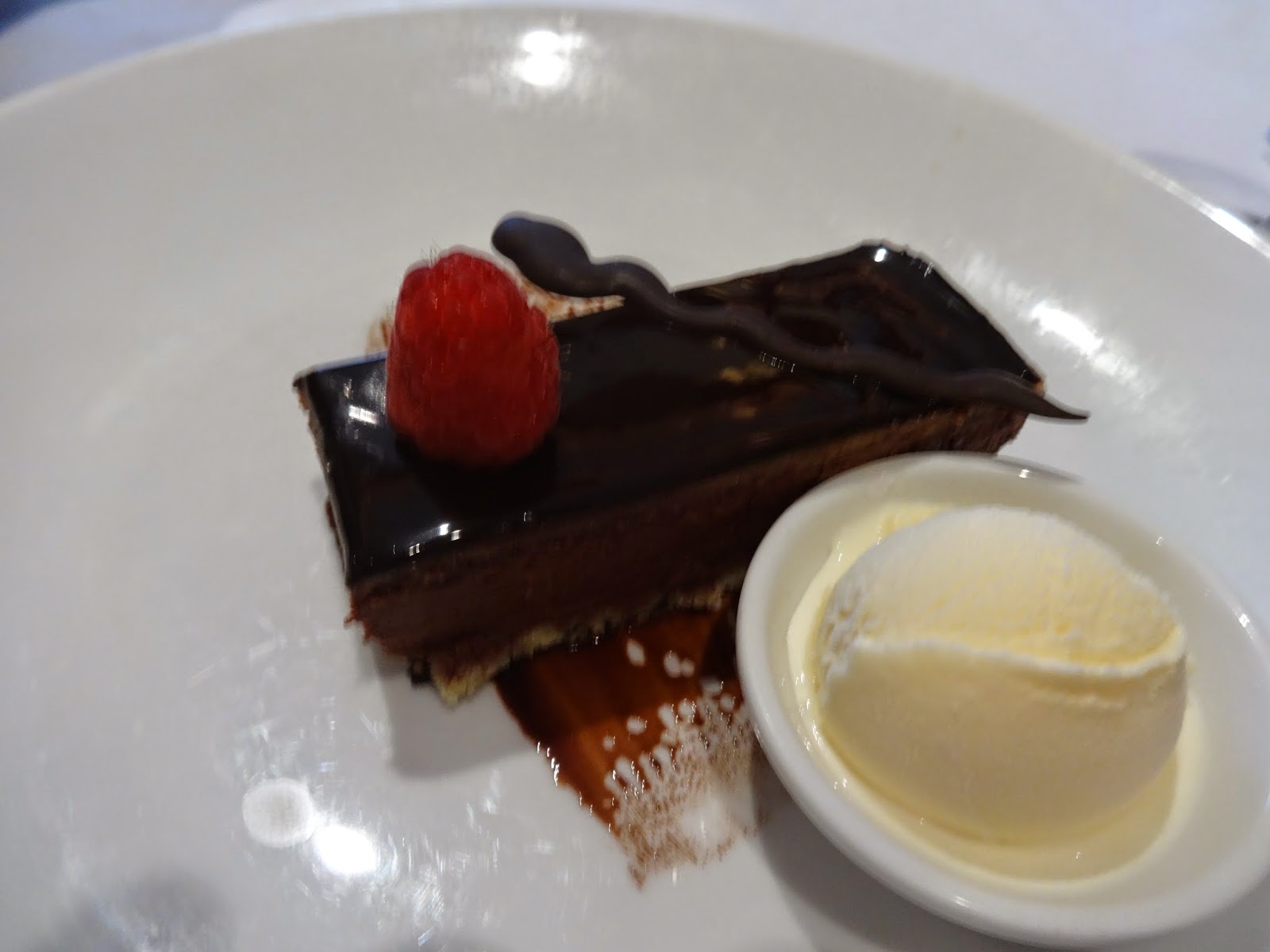 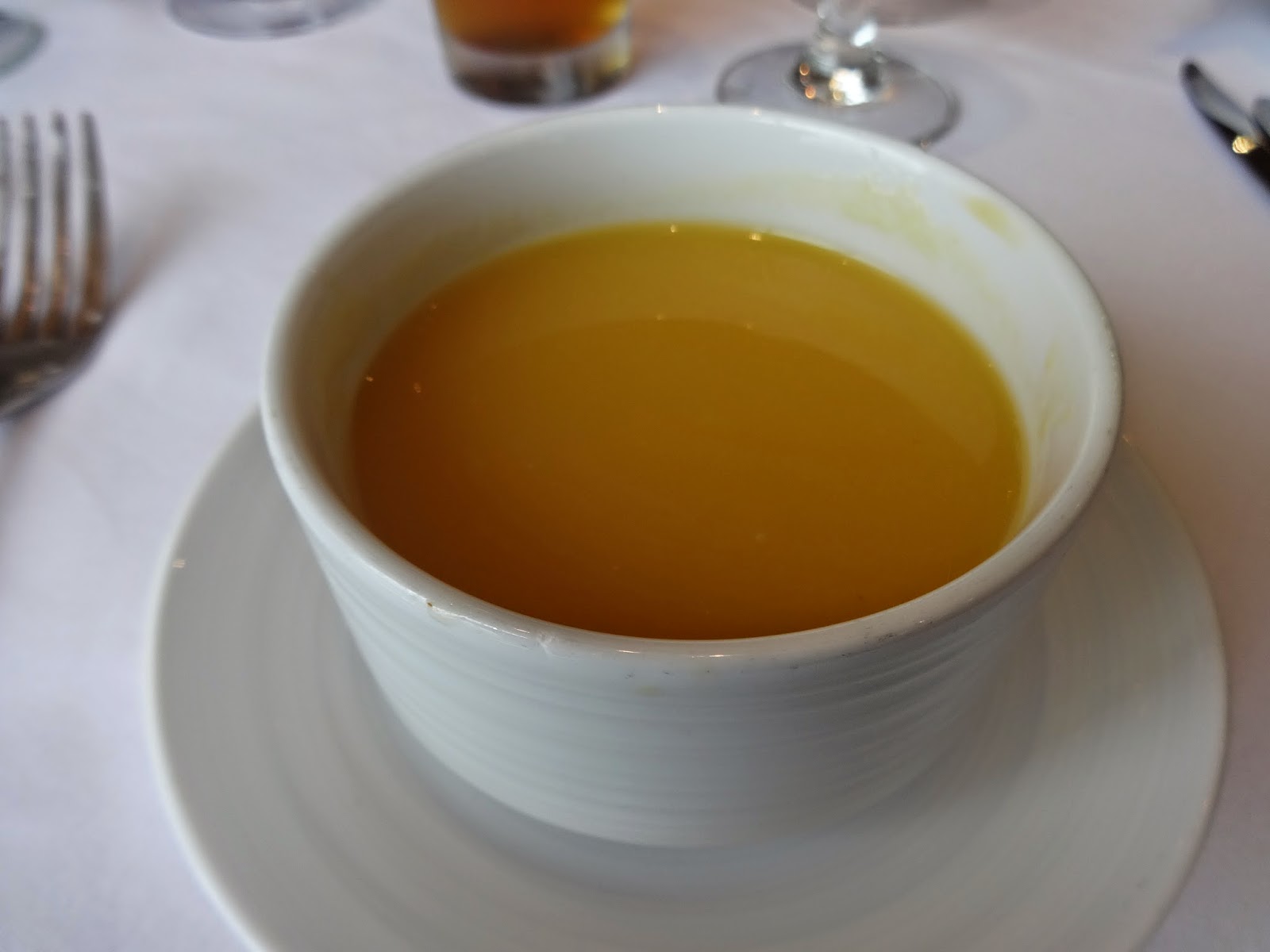 Chilled soup - I liked the red berry ones the best. 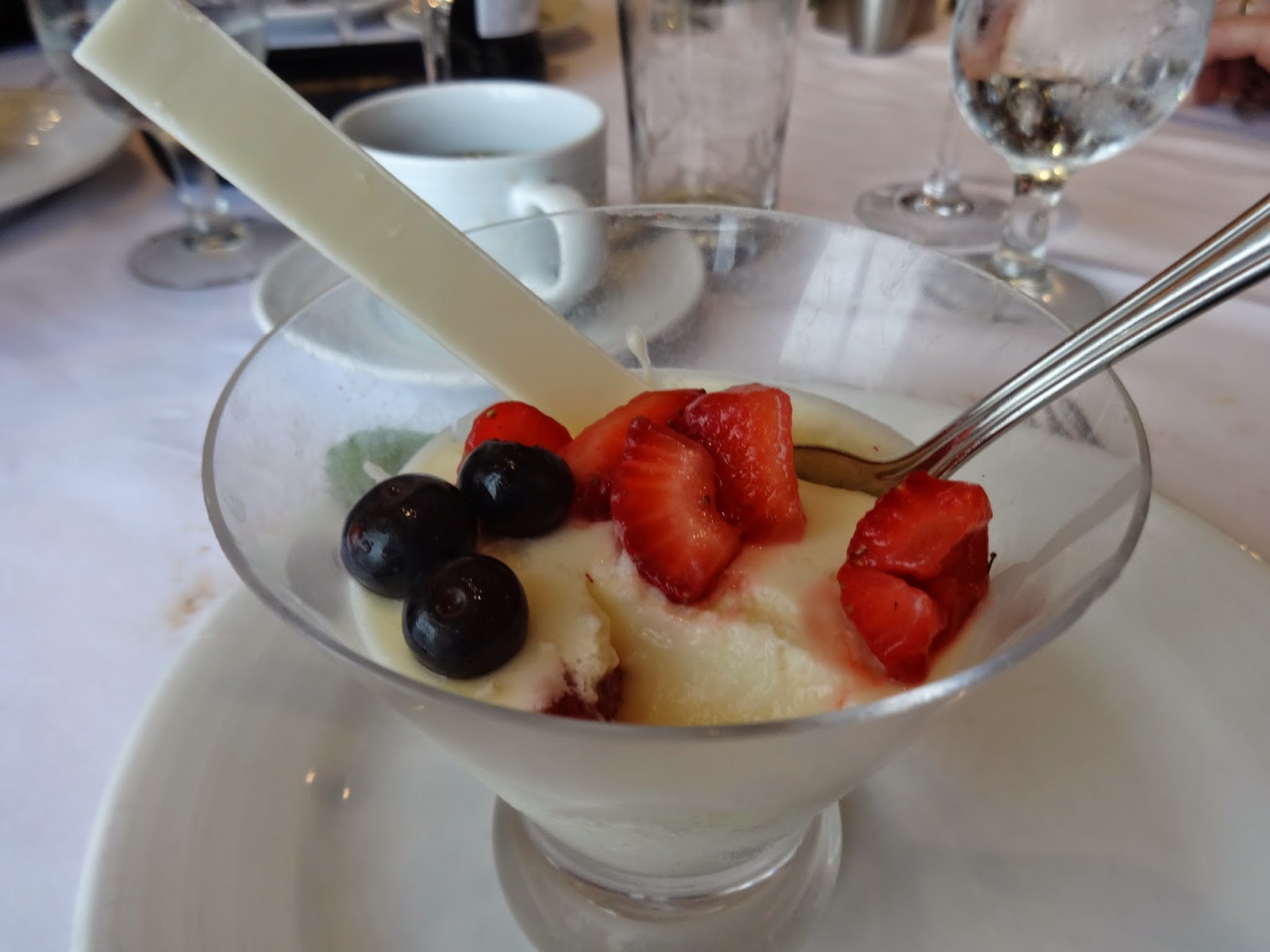 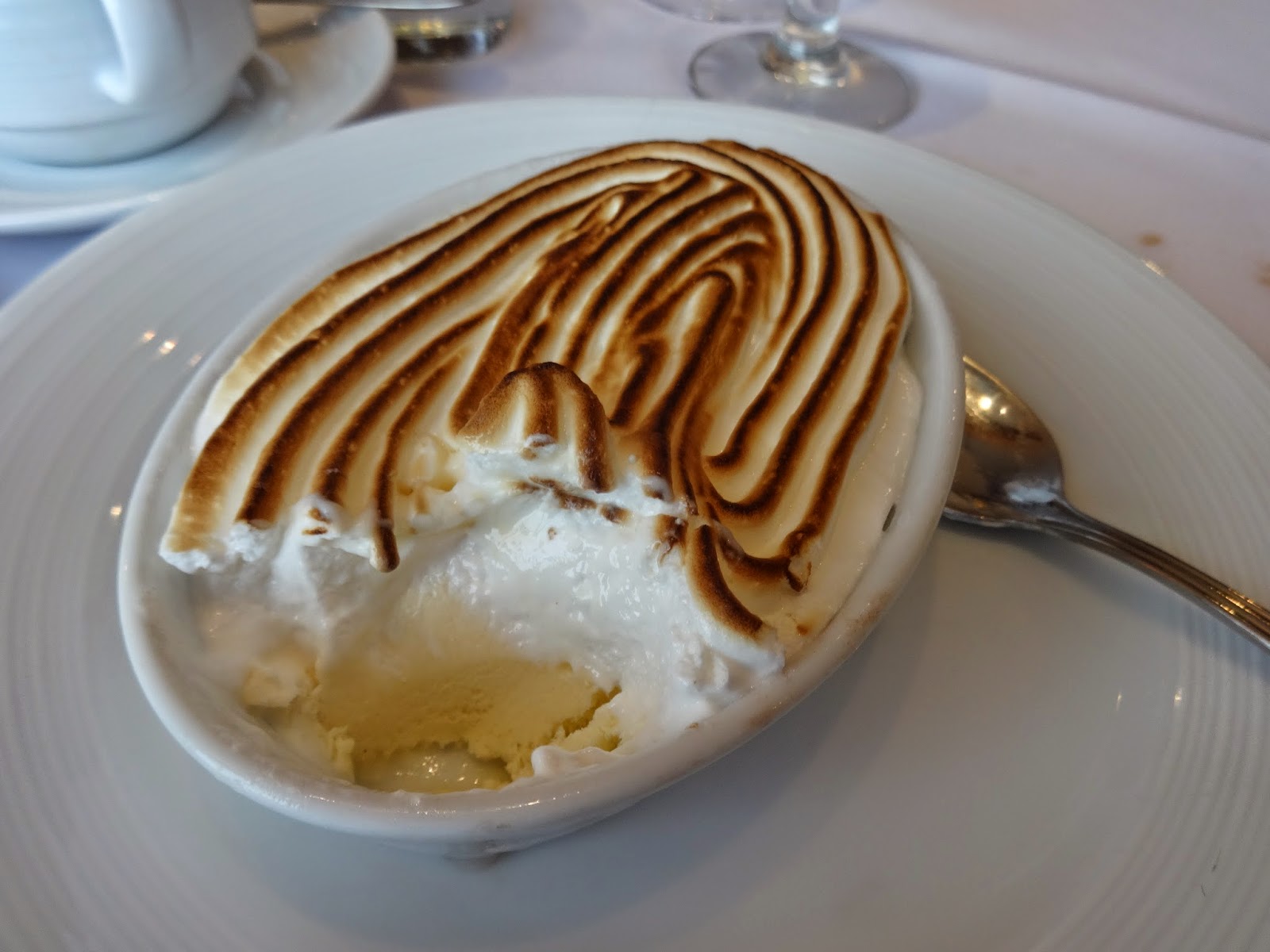 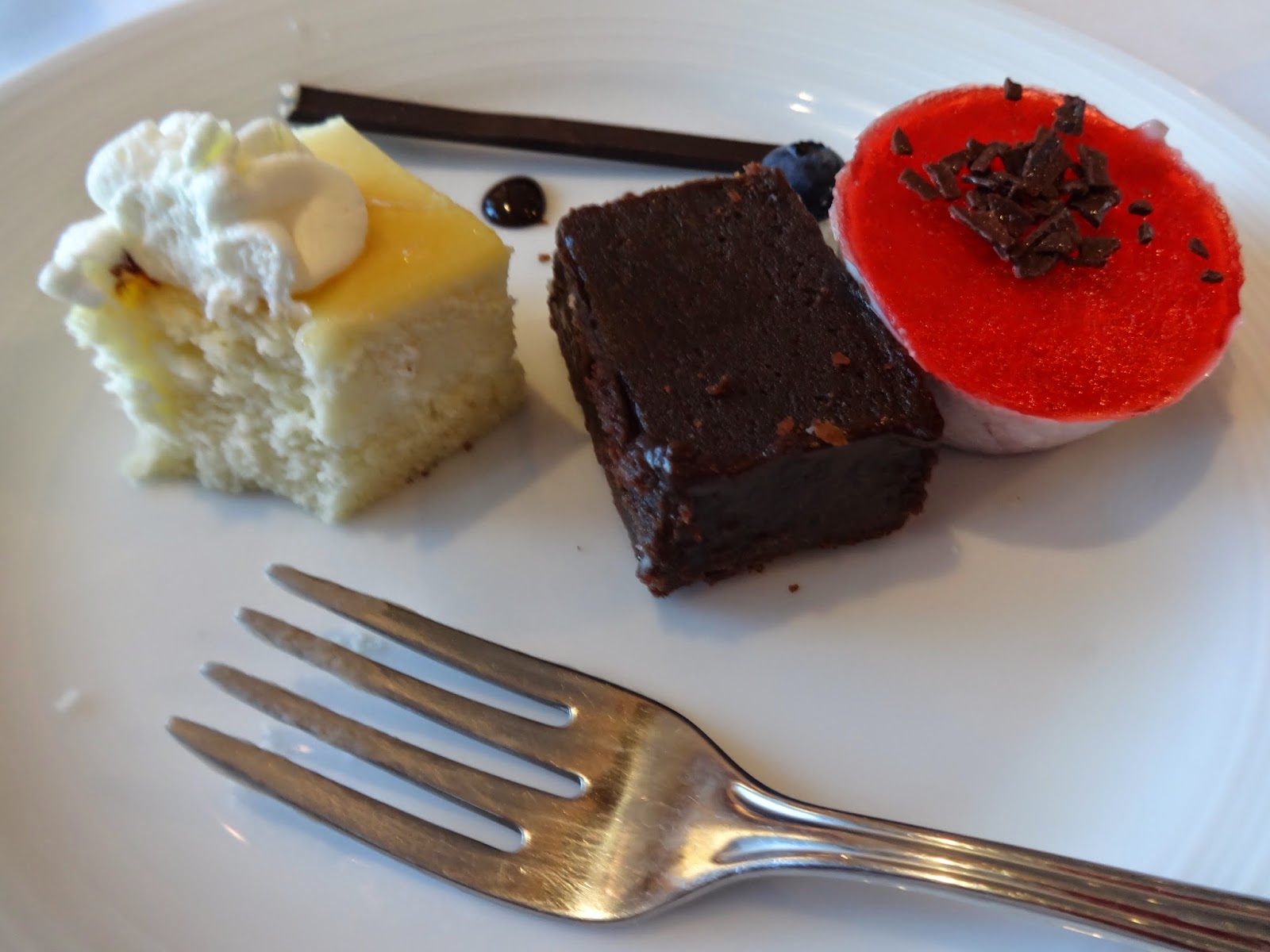 A dessert sampler.  The cake was flourless.  Fantastic. 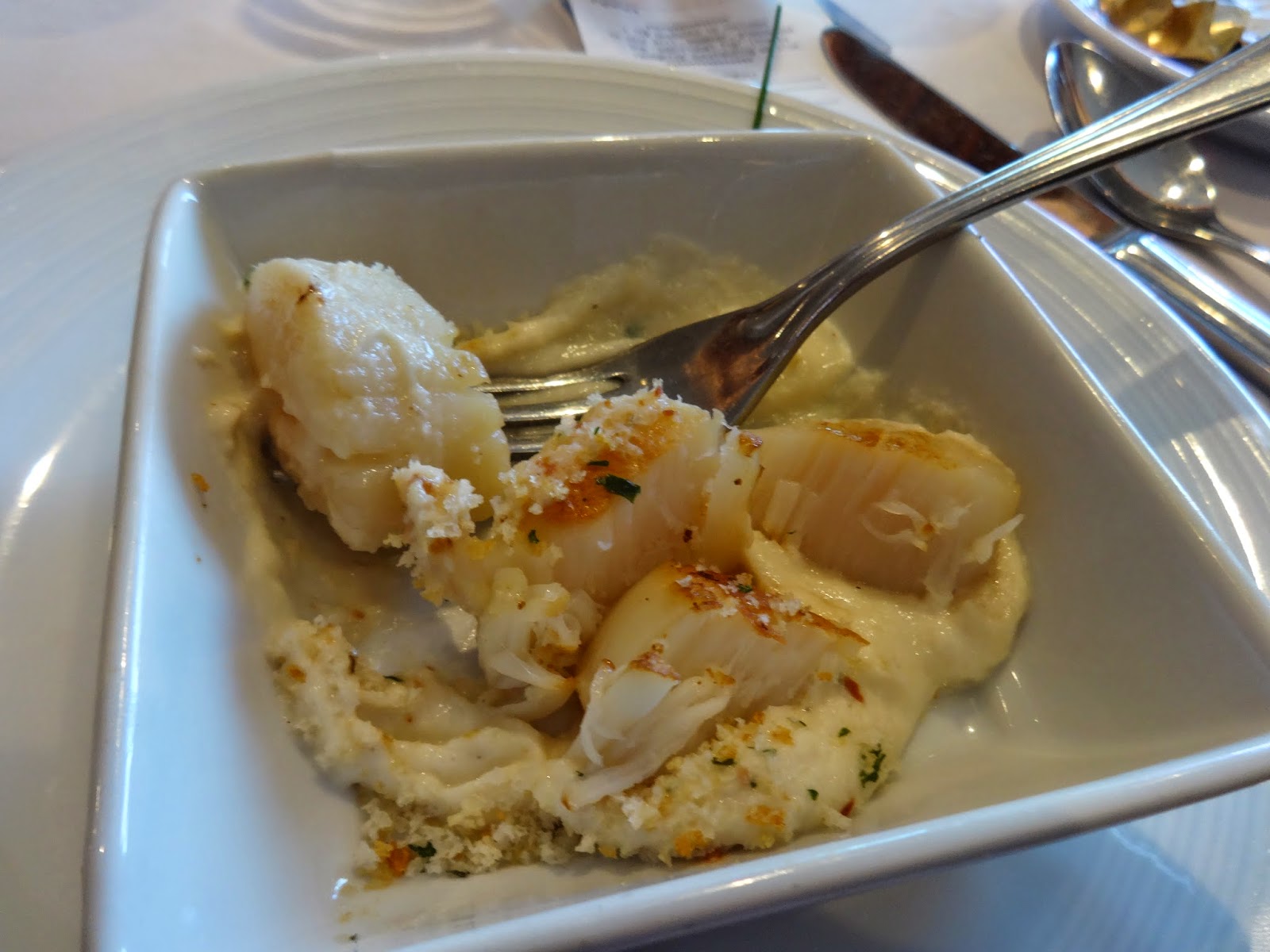 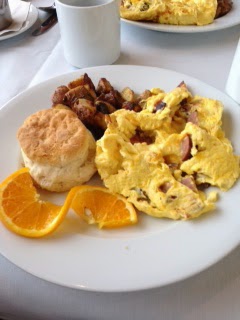 This was my breakfast on the train which included reindeer sausage.  It was excellent. 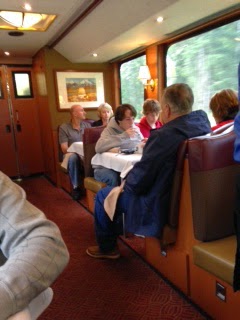 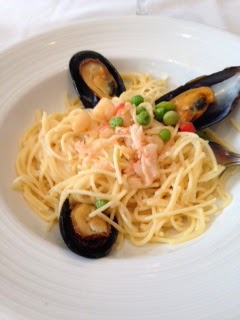 Pasta with mussels, shrimp and I have forgotten what other fish.

Believe me there was more but these are some of the highlights.

Girl, I'm almost licking my laptop screen. It all looks so good and the plates are made up beautiful.

No wonder you put on a little weight. It all looks amazing.

This makes me want dessert! Thanks for visiting on Wednesday.

Not my favorite dishes, I don't like seafood but the cake looks delicious. Anyway on 30th I will do a mediterranean cruise. Have a good sunday.

The Alaska's food I like most are fish dishes. Thanks for sharing those pictures!
With regards to "pasta with mussels", you can gave it when you came here in Italy. It's the Italian food that American tourist like most. It may be also good before the race :)

Oh my, I might eat only dessert if I ever get there. I'm also not big on seafood but I love fish.

Enjoyed this and the other posts you wrote about Alaska. My husband and I backpacked in the Brooks Range the 2nd year we dated (2001). We brought back a lot of good memories. Looks like you did too! The food looks delicious and I really like the post about trying new things. Honestly, I would climb the wall long before considering karaoke.I can't sing and I can't dance!