I got to bike twice in Alaska despite my whining before I left that I wouldn't be biking for 16 days.  It was Biking Lite but completely awesome.

The first time was along the Coastal Trail in Anchorage.  We got there a day early so were not on tour yet. We had an outstanding breakfast and then rented bikes. We went along part of the Coastal Trail.  It followed the water with gorgeous views in the distance.  You could see tall snow covered mountains in the distance and had it been clear I guess you could see Denali.  It was a beautiful day and this was a beautiful path.  It wasn't my wonderful road bike but it worked!  I was at the start of my Alaskan adventure biking in Alaska!  Wow! 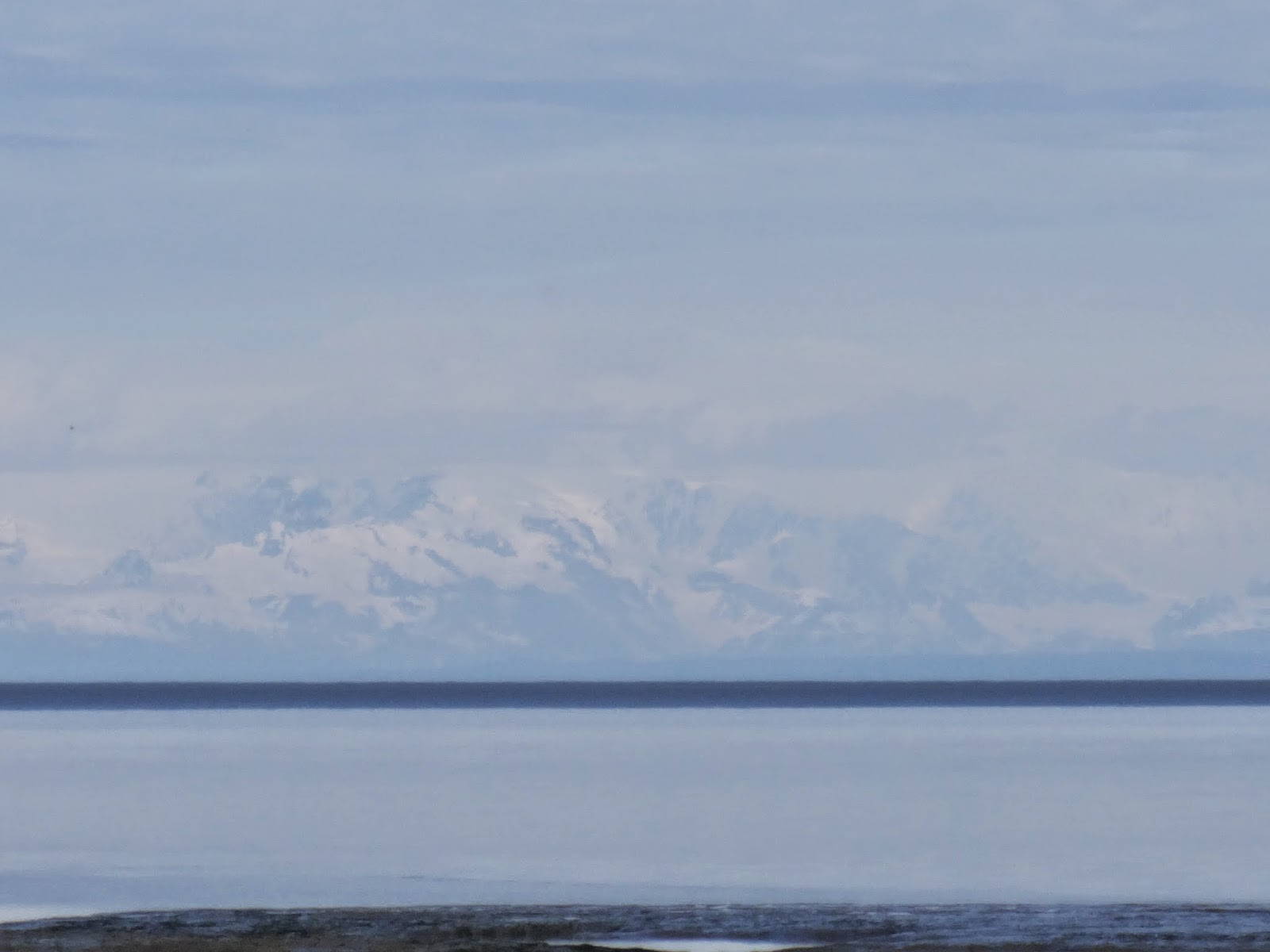 Looking into the distance at these gorgeous mountains. 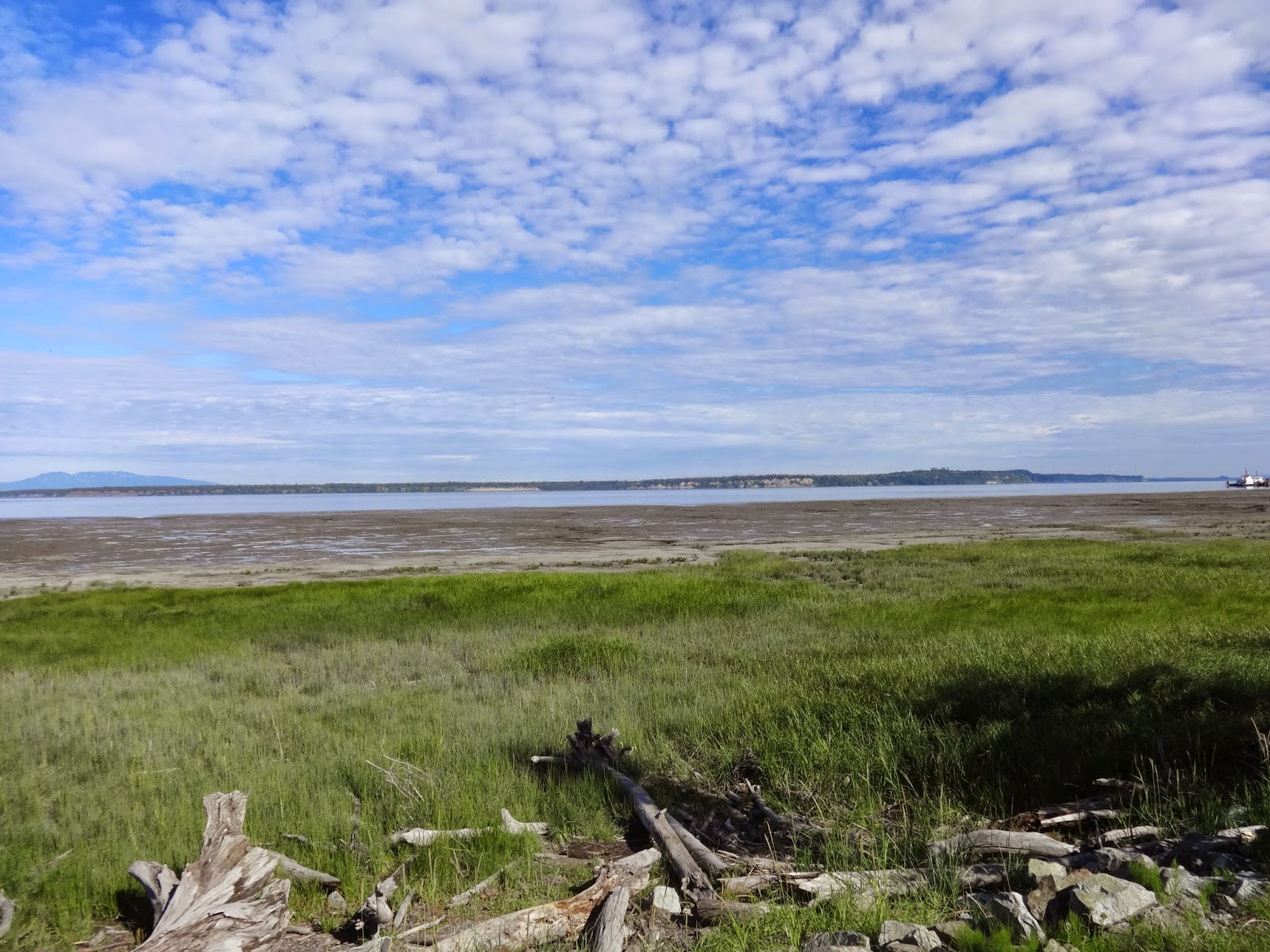 The sand/mud was supposed to be like quick sand and
there were lots of warning signs not to go on it. 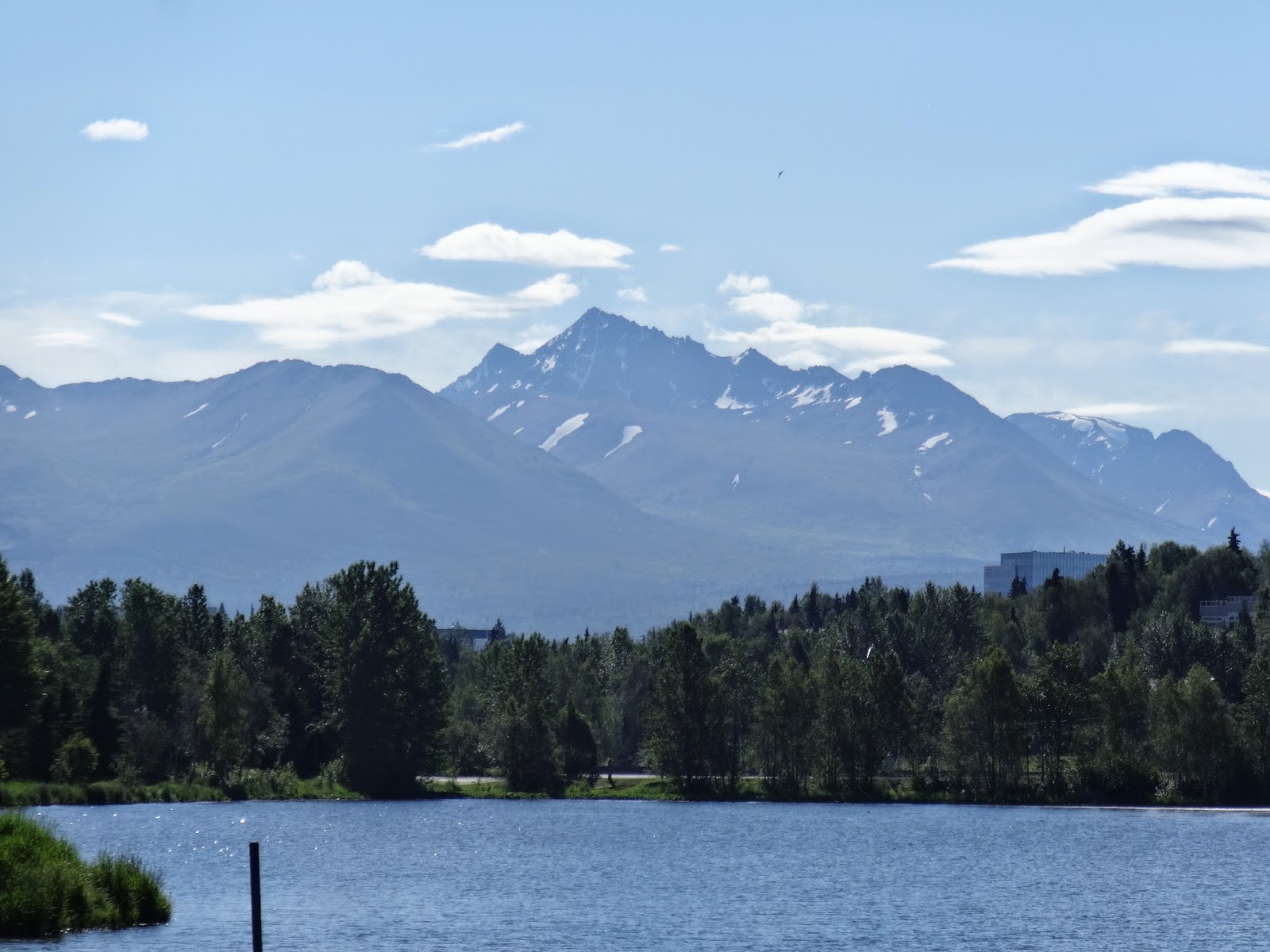 There were some beautiful lakes. 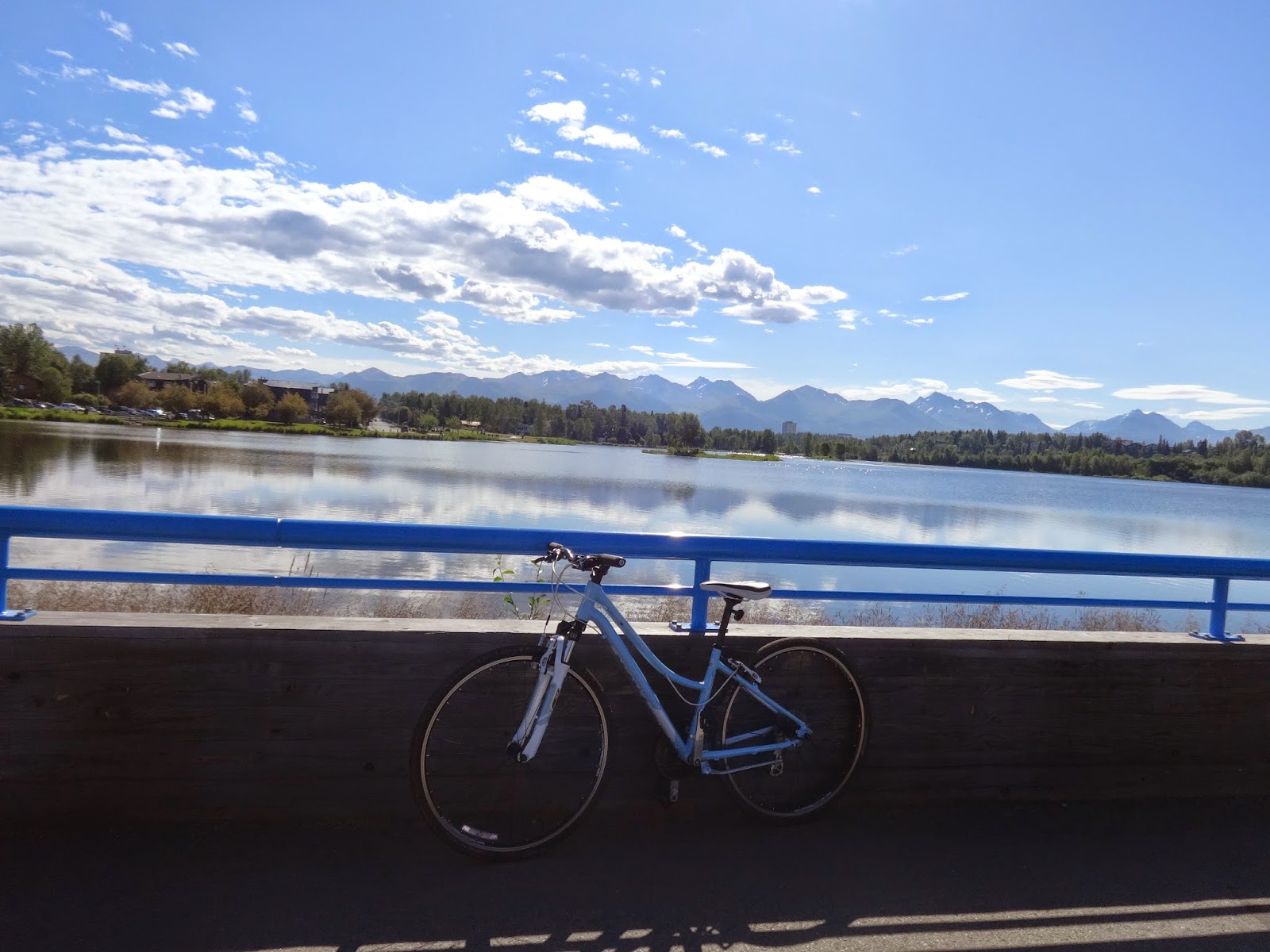 Of course I had to do some bike propped pictures. 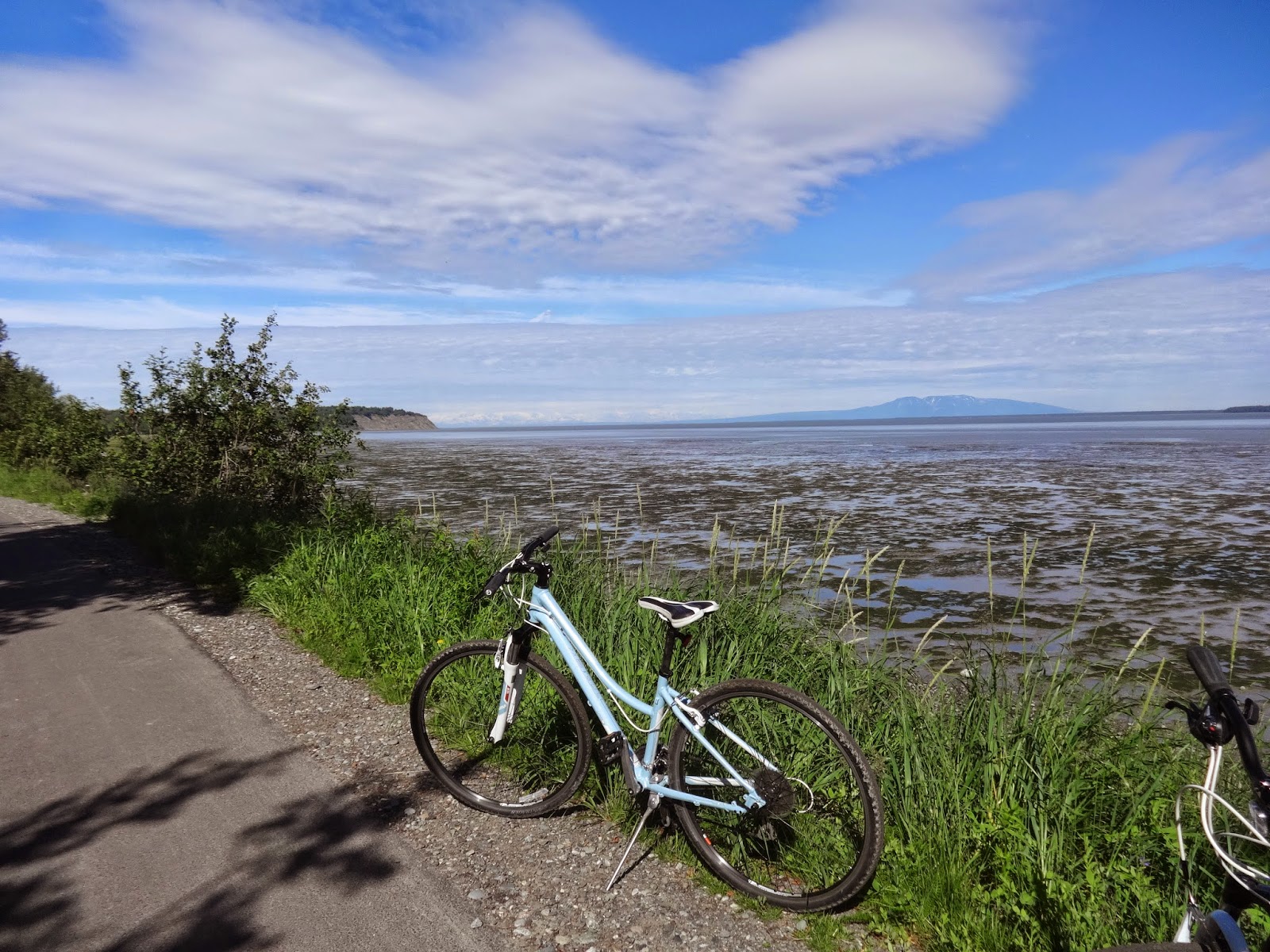 I even had a kickstand for pics! 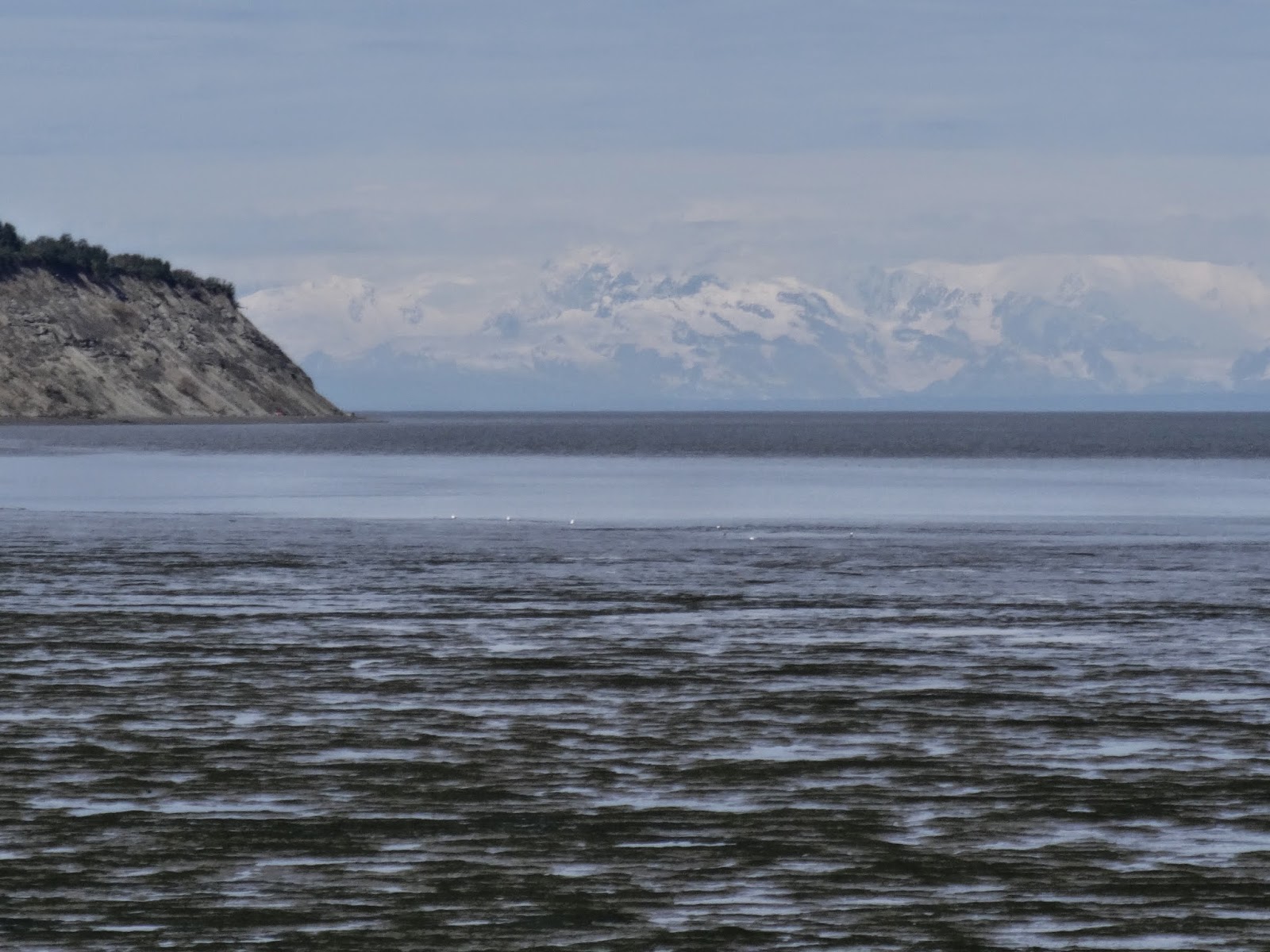 Loved biking toward this view. 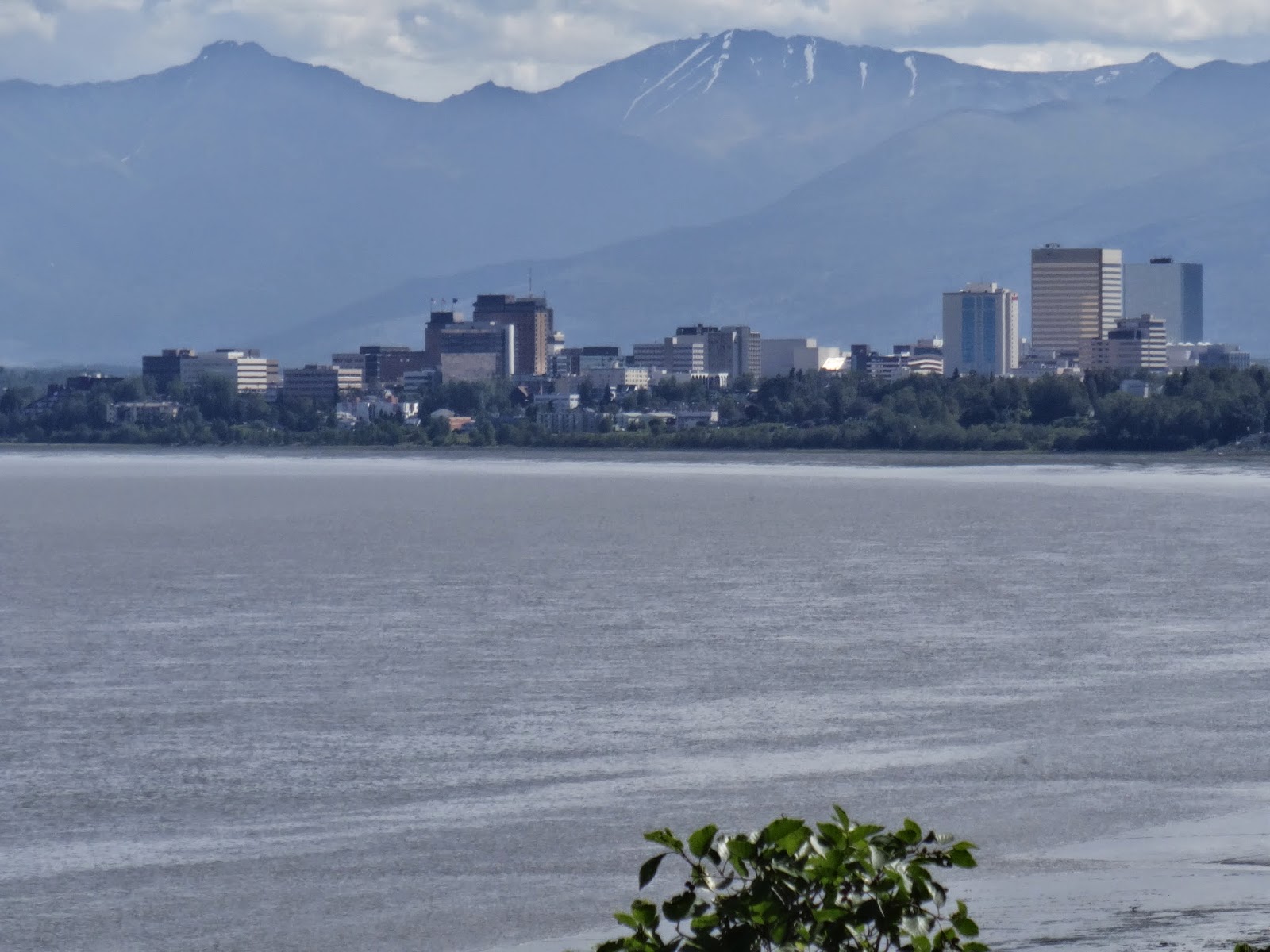 Then when you turned around you had Anchorage to look at. 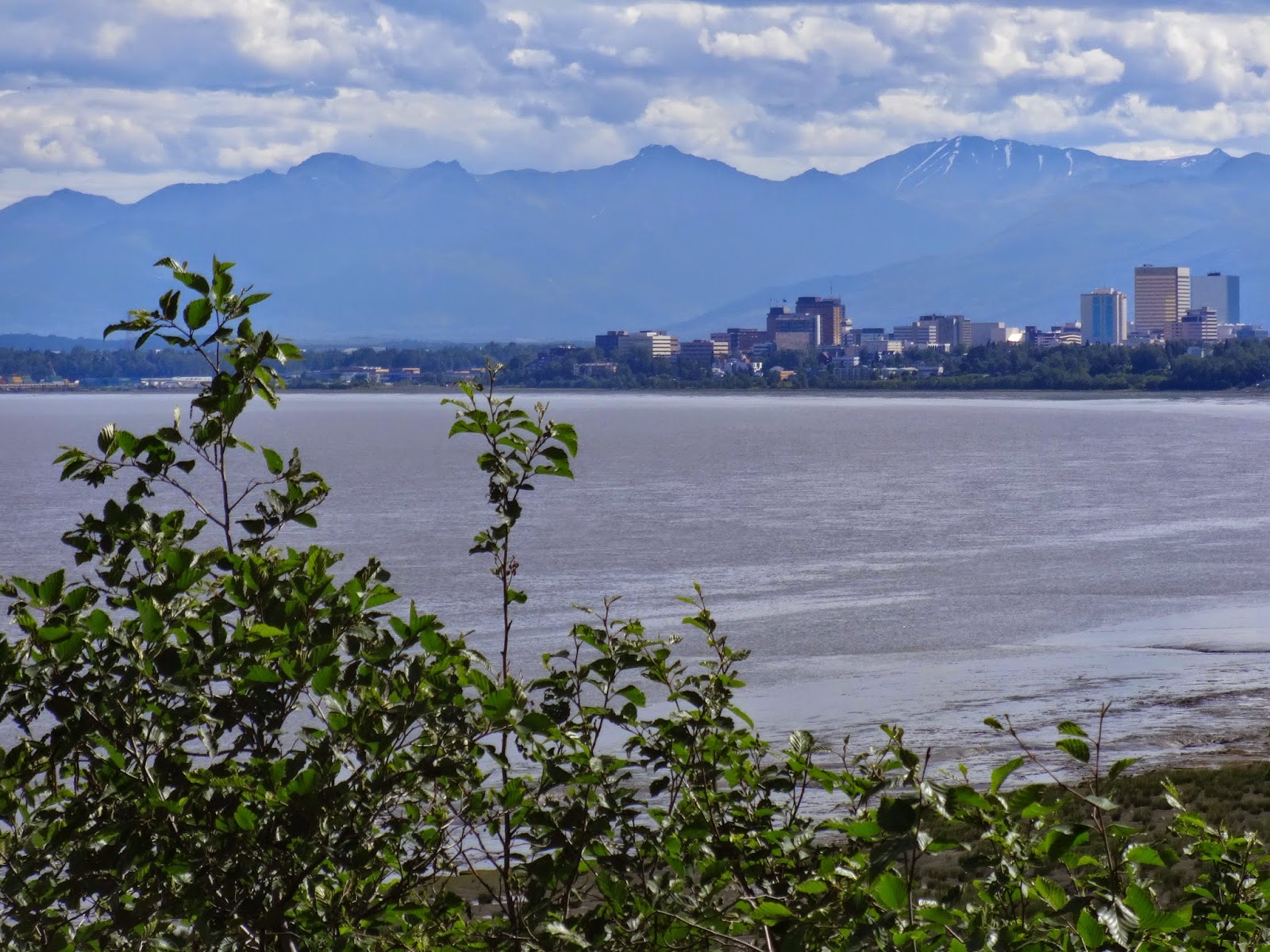 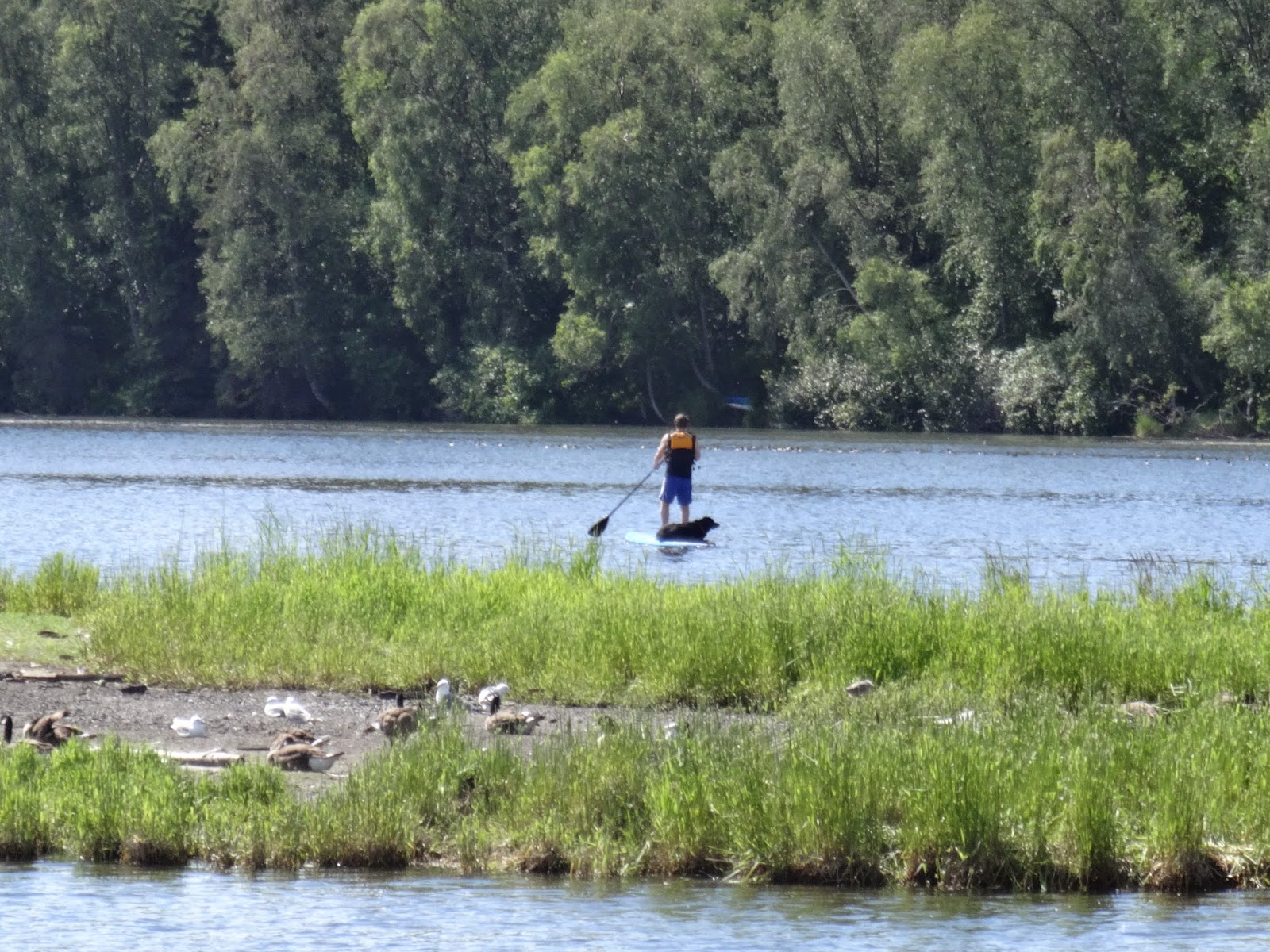 That is a dog on the paddle board with the guy.

The next time I got to bike was several days later. It was on one of the excursions off the cruise ship in Skagway.  It was a colder day with some rain but it was completely awesome. We took a small shuttle bus 15 miles up a mountain and rode down. They only let us stop 3 times so I didn't get the pictures I would have liked. We had to go through customs but we never left the US.  The people who took the jeep excursion went into the Yukon. Had I known this I might have forgone biking just to go there.  But the biking was also awesome so it was a win win. 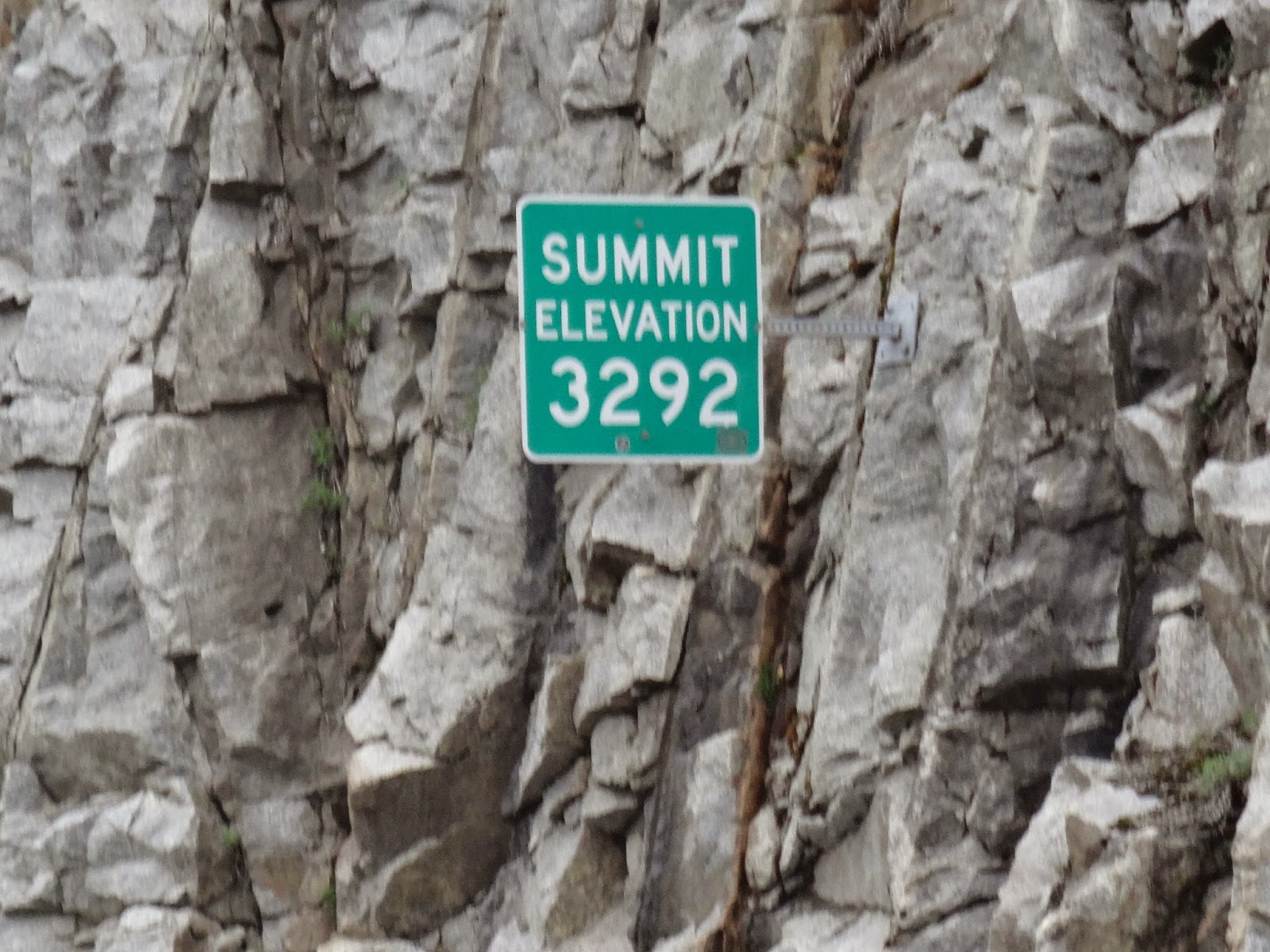 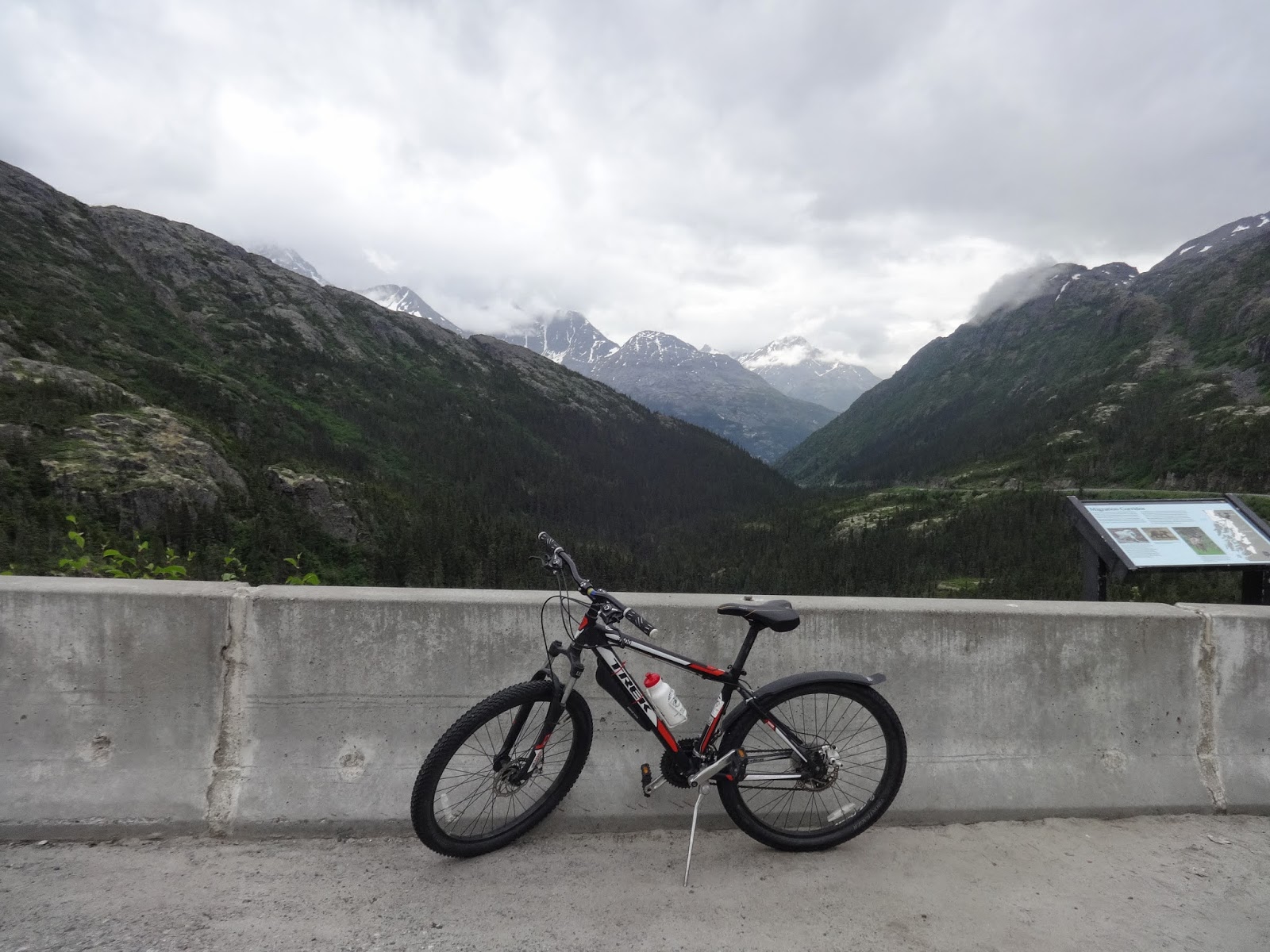 It was an overcast cold day but that was just fine. 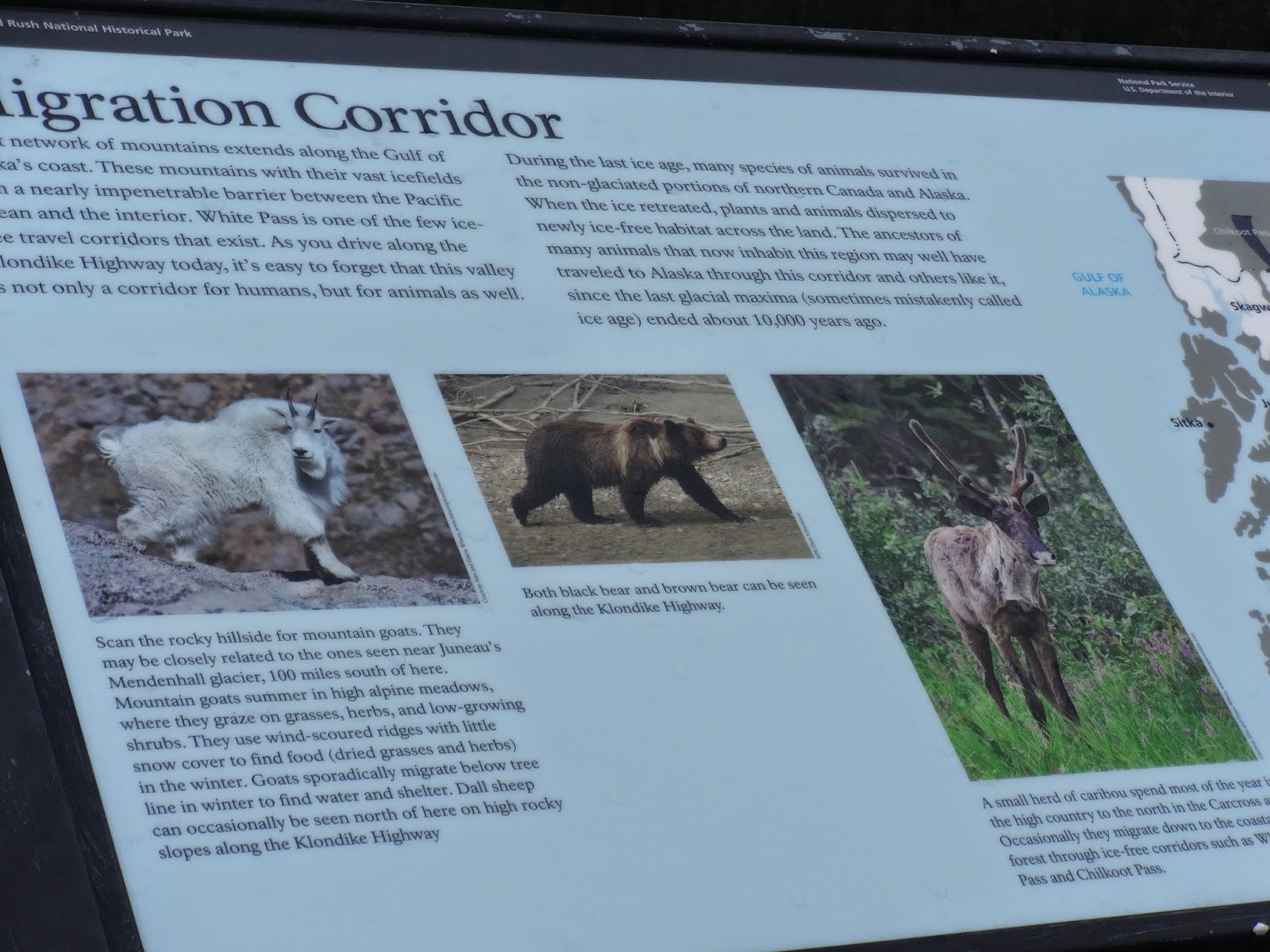 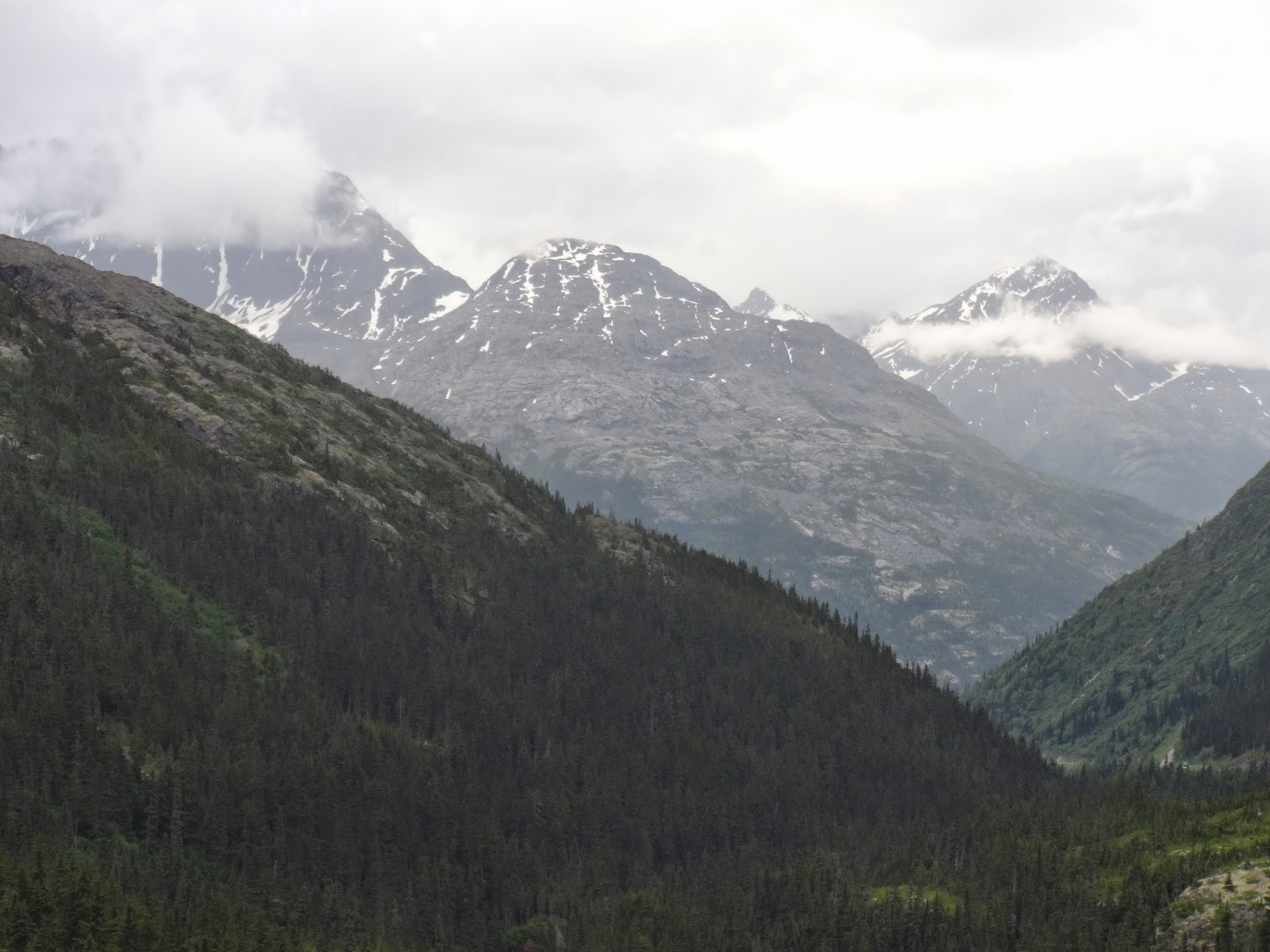 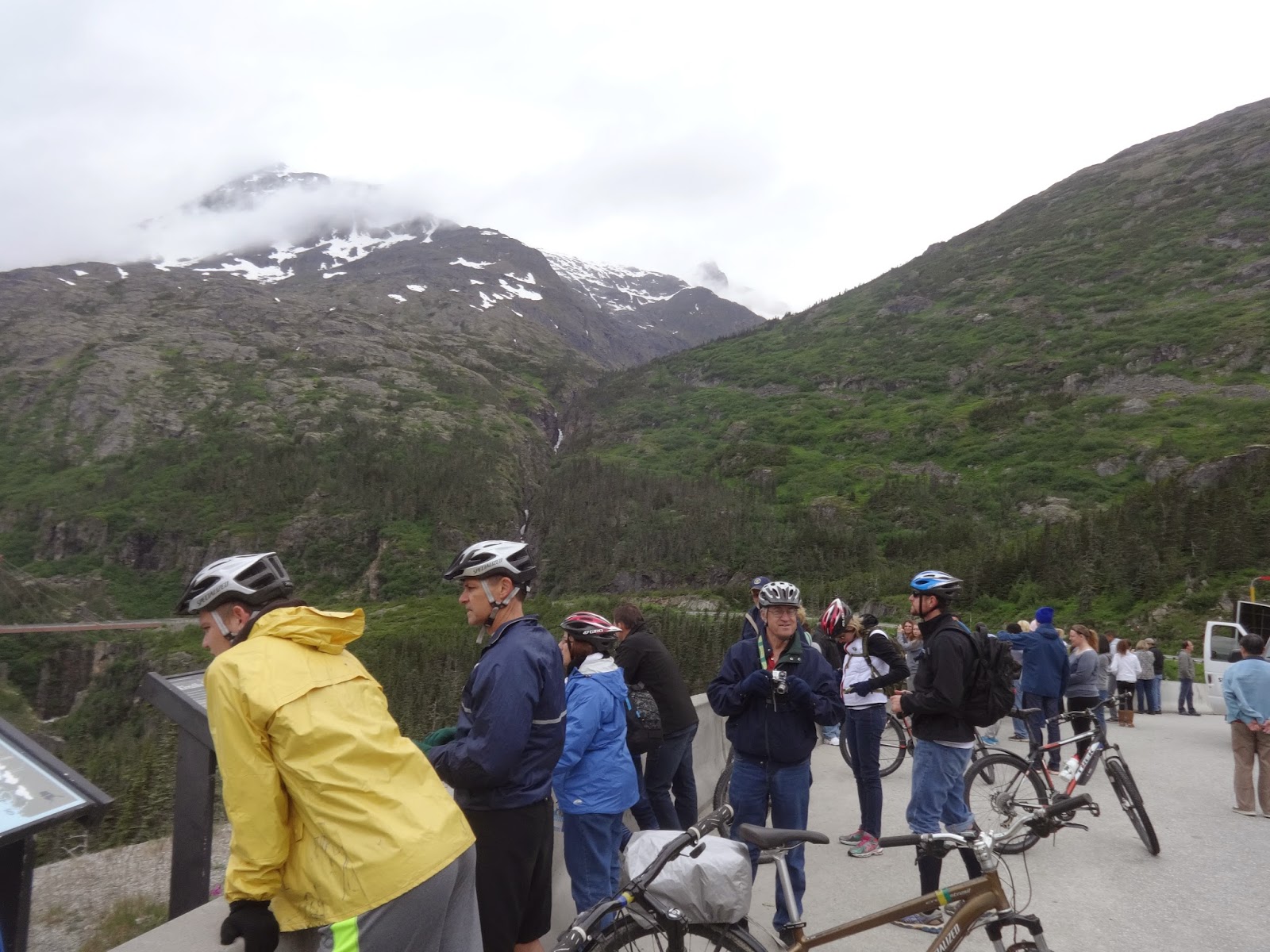 One of our three stops. 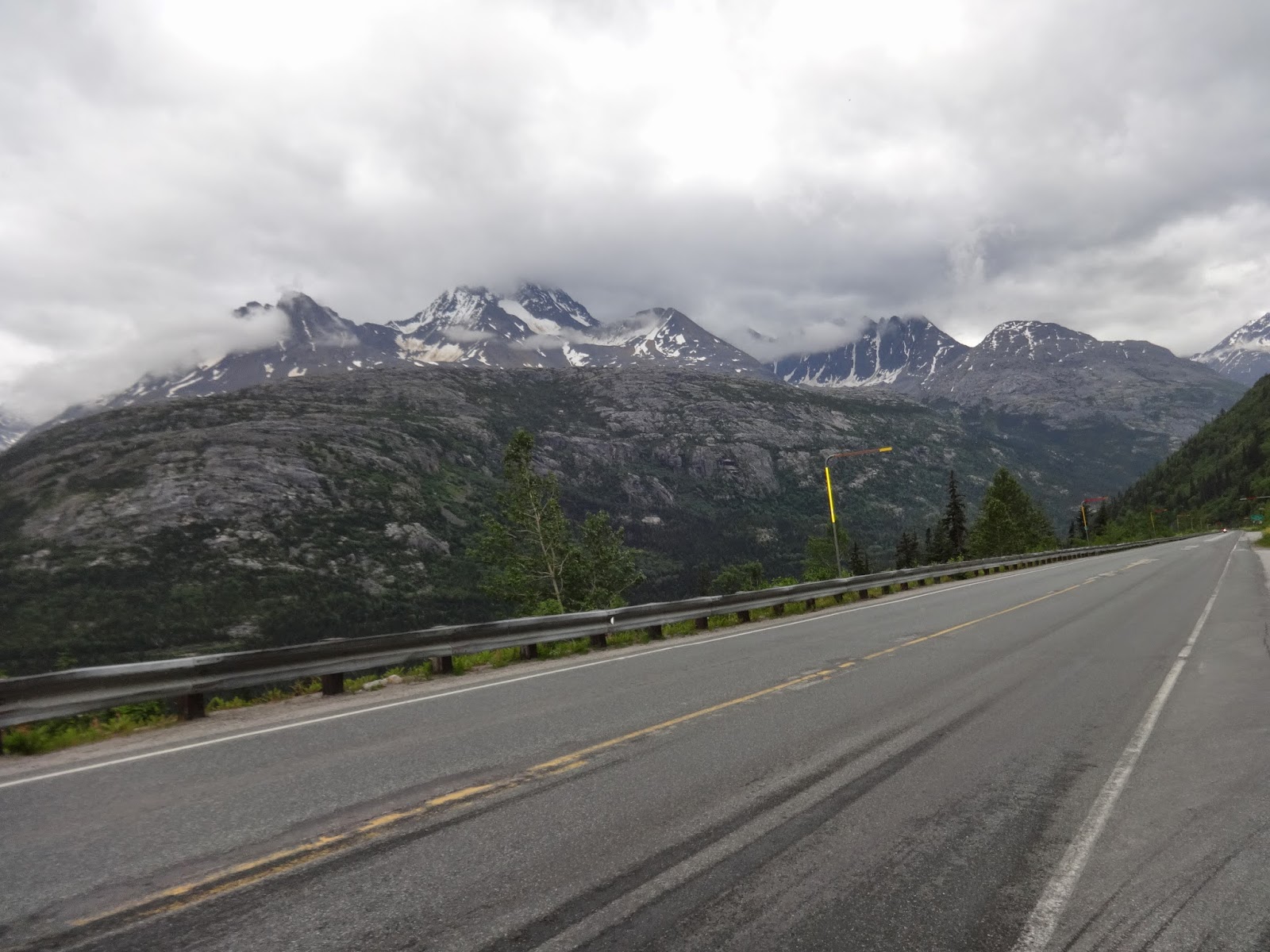 It was a pretty steep cliff on the other side. 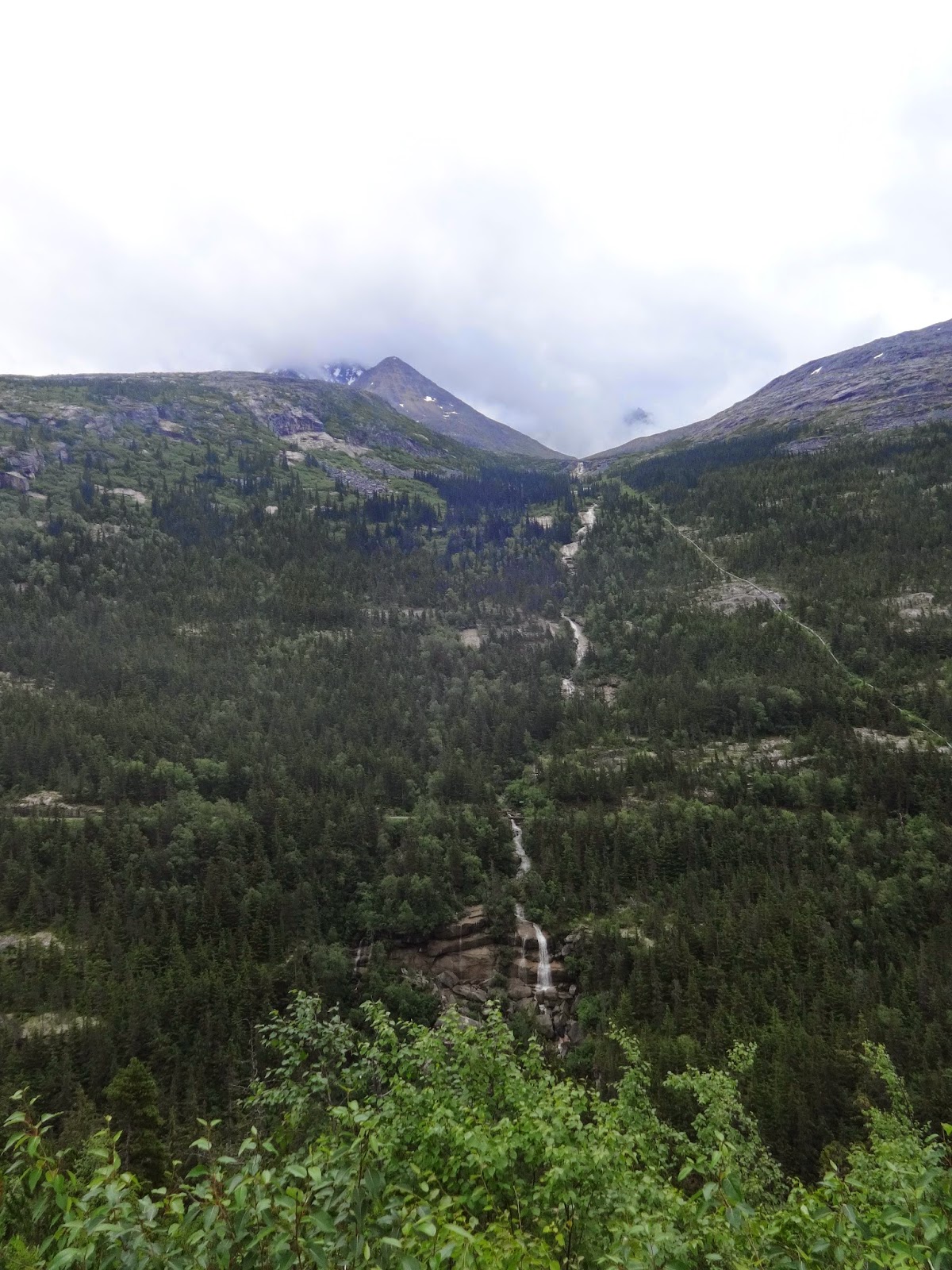 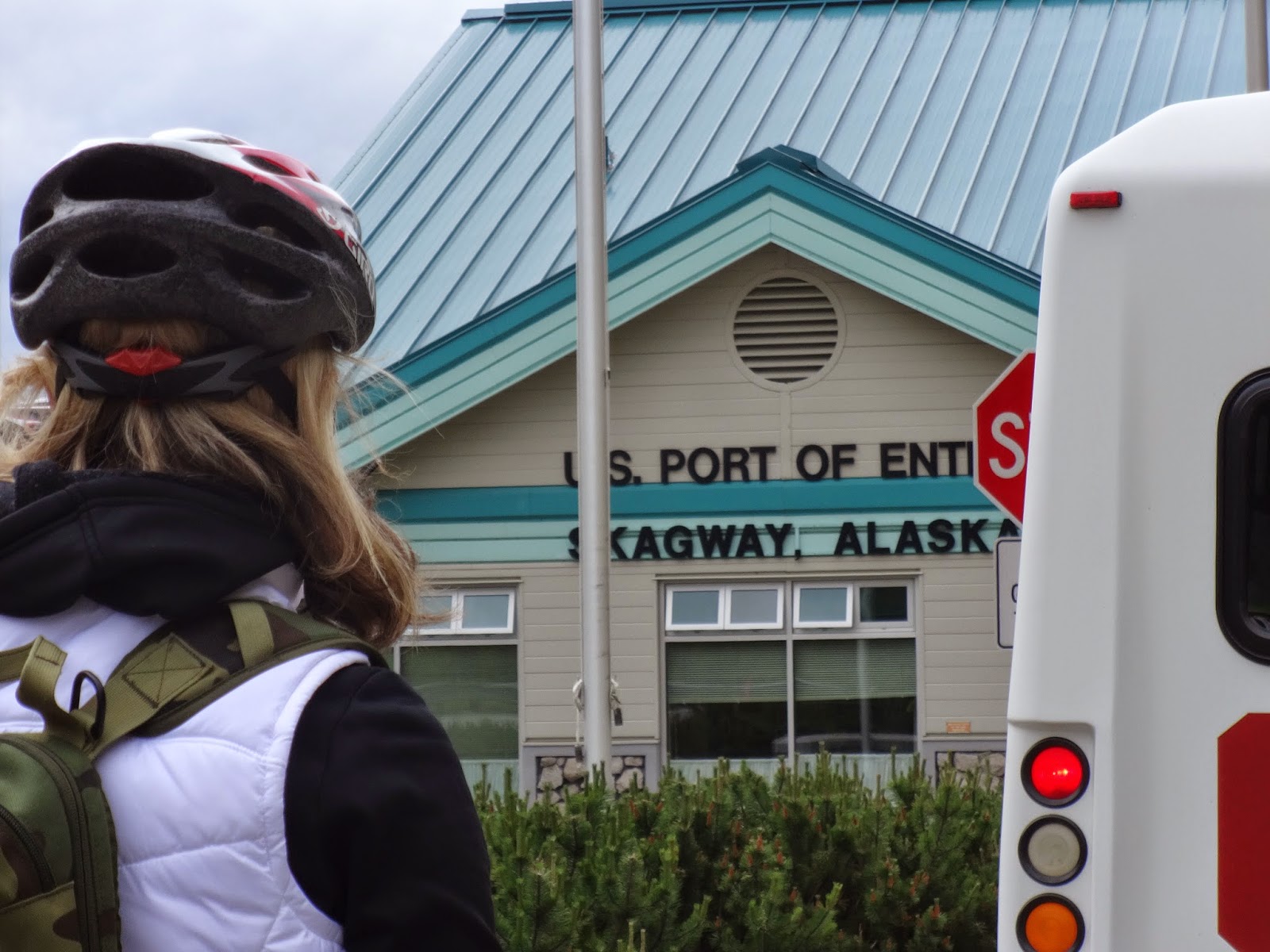 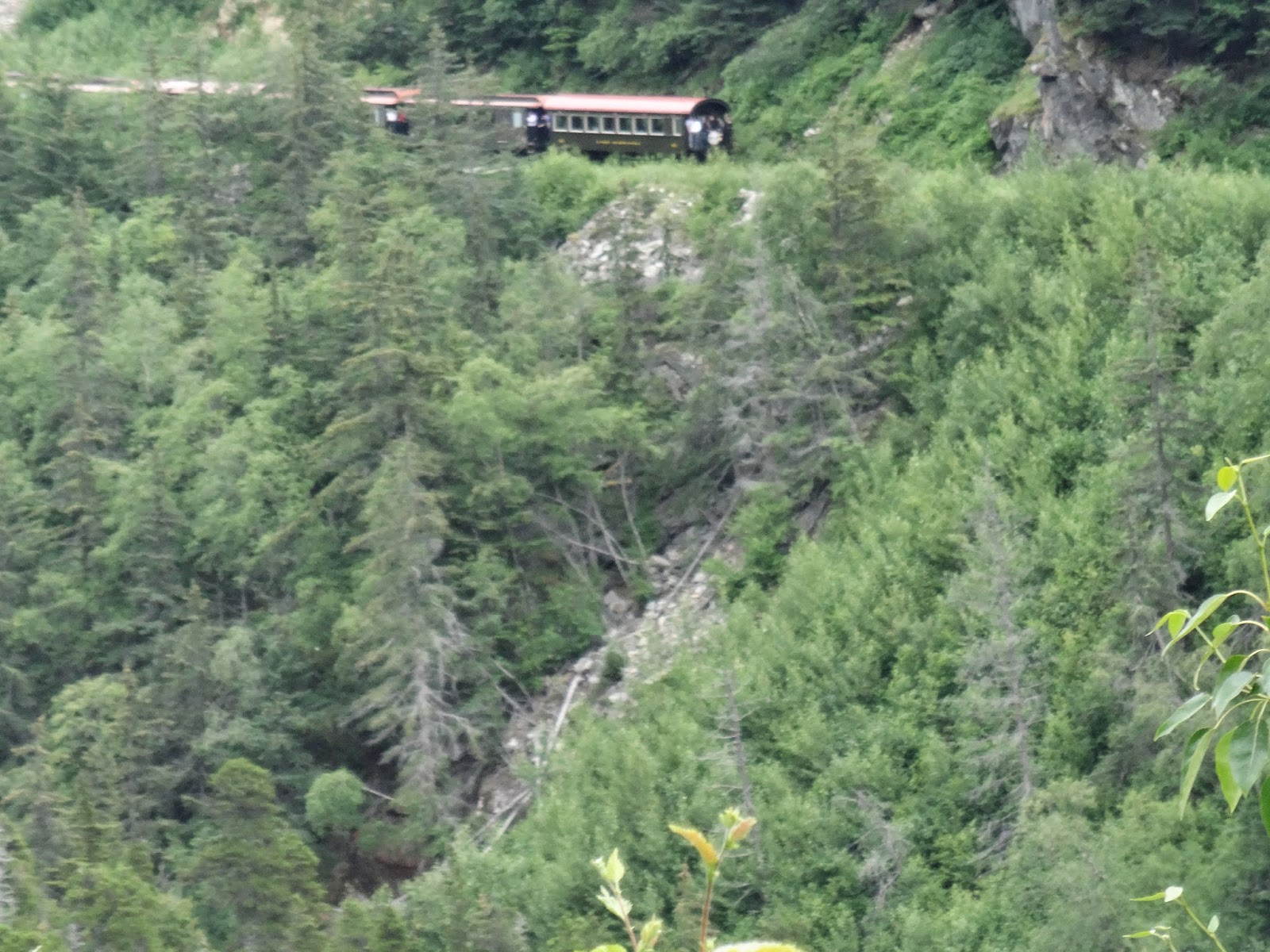 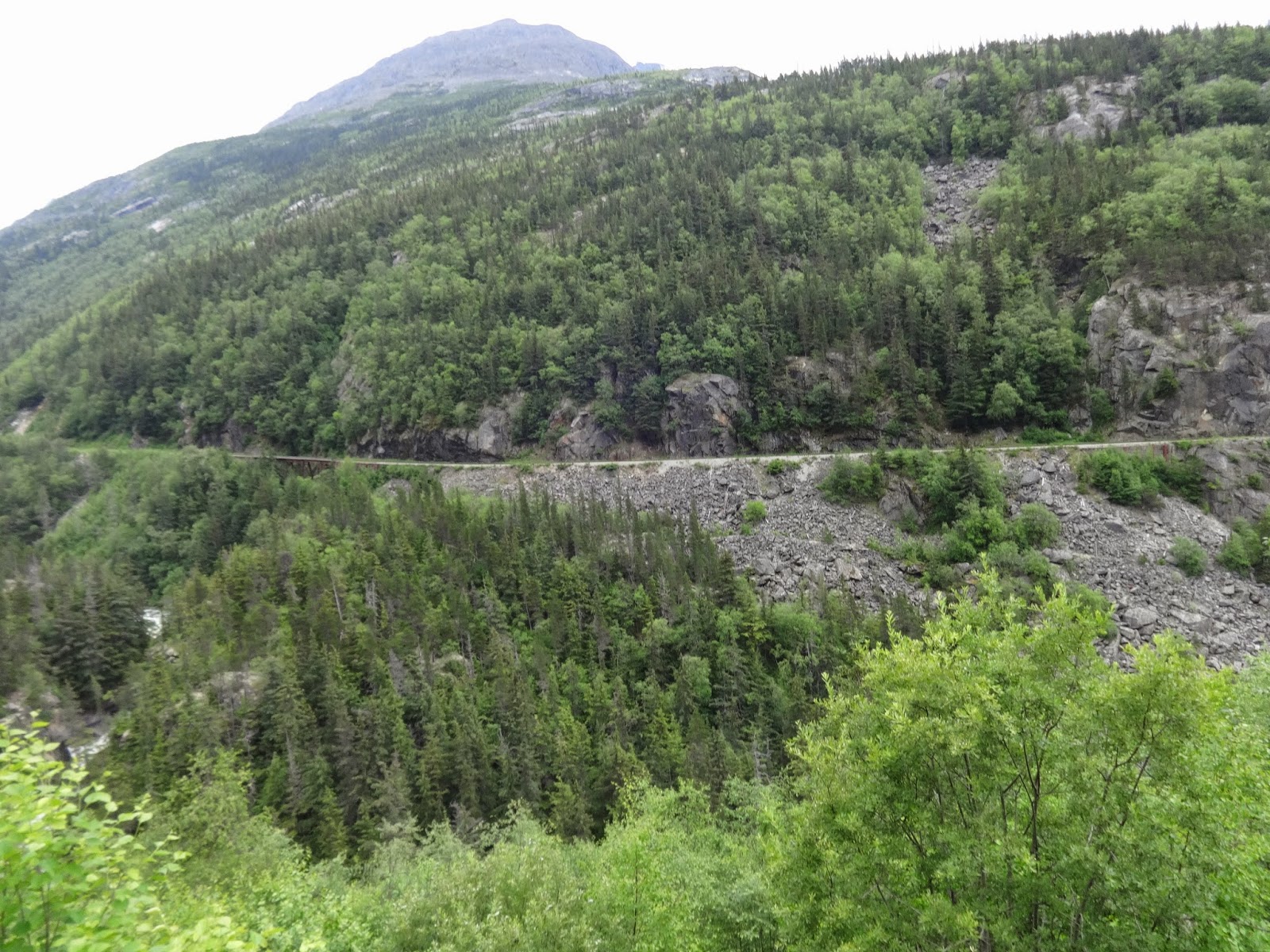 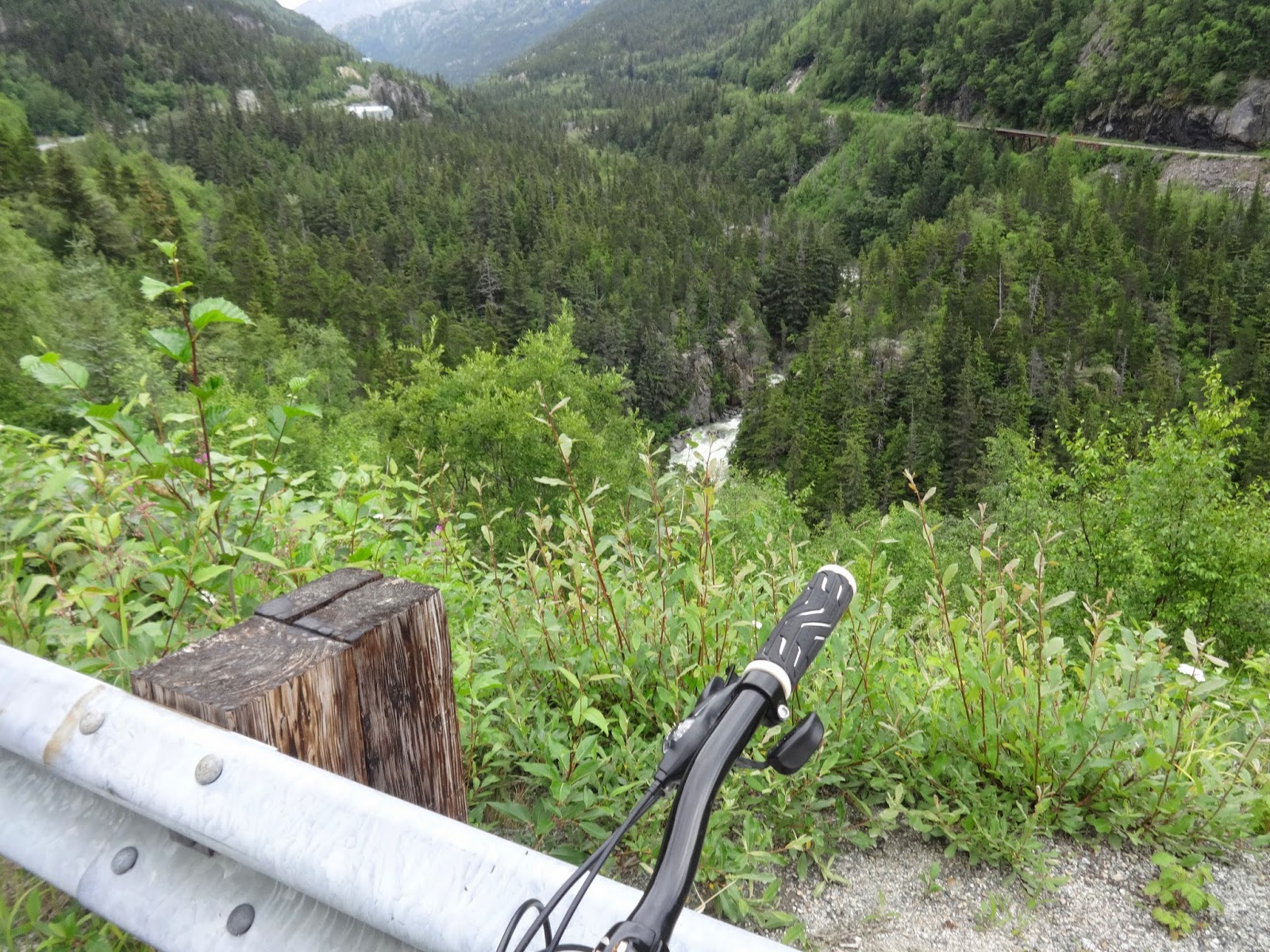 The river at the bottom had class 5 rapids. 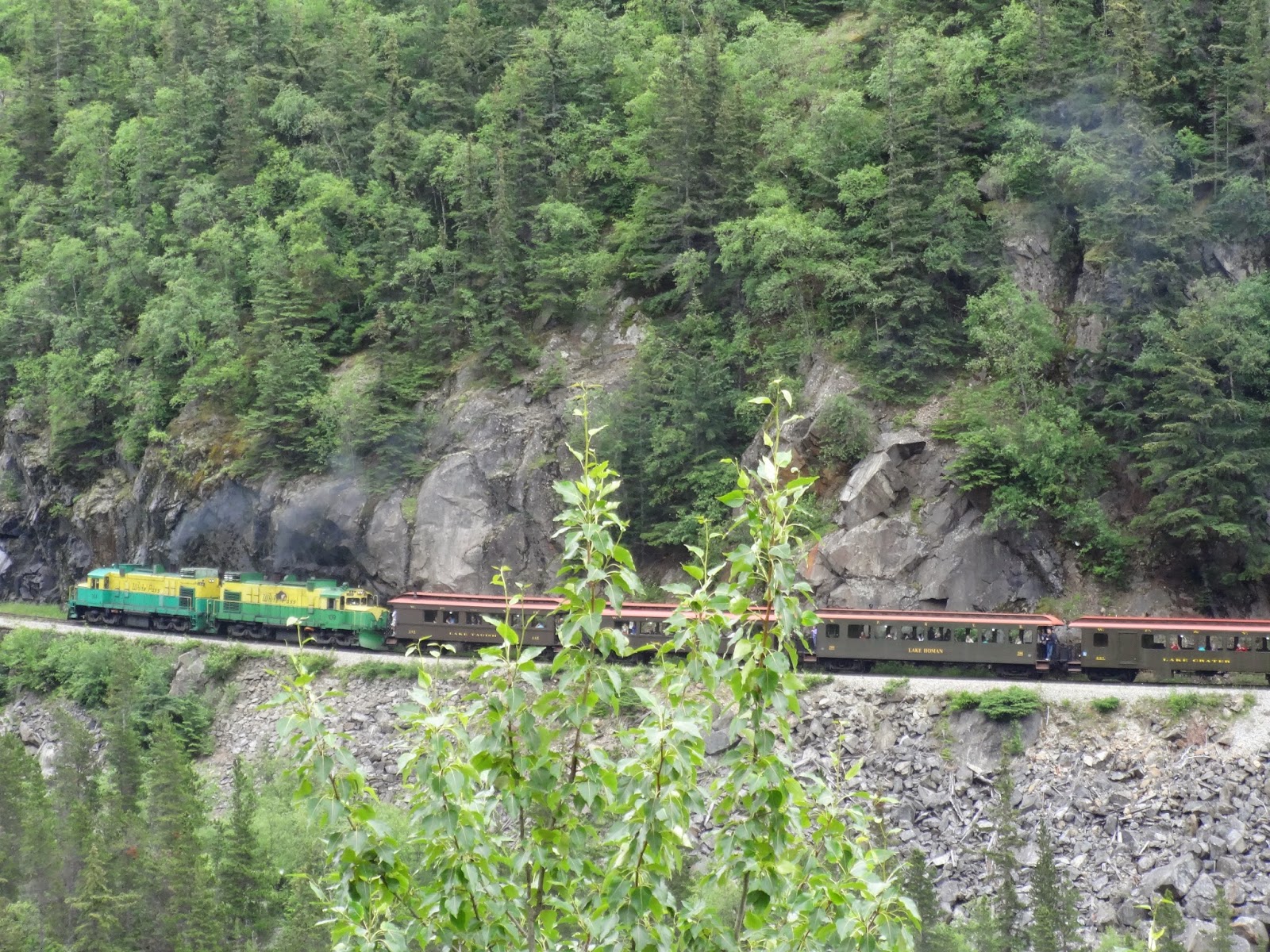 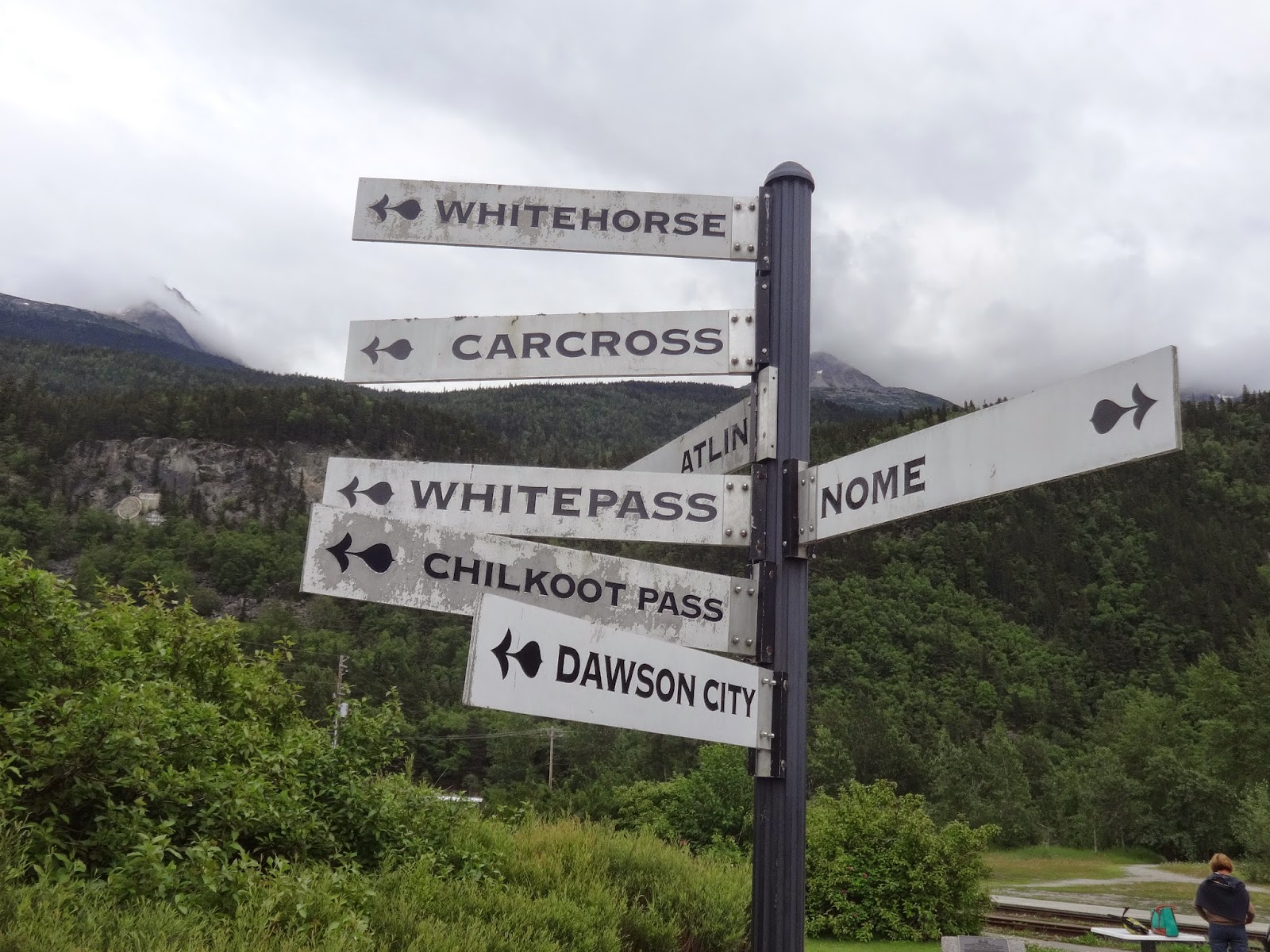 Gorgeous photos! I loved following along with your trip on instagram! I'm glad you were able to get a few bike trips in on your vacation! Now I really, really, really want to vacation in Alaska!

Glad you were able to run & bike. Did you get to swim?

It was good that you didn't have to go without your biking. It would have made the trip even more special.

What a joy to be biking there. Glad you were able to this, beautiful scenery.

That would be a fun way to see Alaska - so much better than a ride in a bus.