There are many smells one doesn't want associated with oneself and I'm sure I could come up with many. But the smell that I have had several people remark on around me is particularly bad for an elementary school teacher. When your children come home from school and you ask them how their day went, I bet you aren't hoping to hear, " I had a good day.  And did you know my teacher smells like beer?"  Yup, that is what I keep hearing.

The first time was a couple of months ago at a meeting.  We were in a small room and a few people remarked that it smelled like beer.  I didn't think much of it, I certainly didn't think of myself as the smellee. We all had a good laugh thinking of stories as to why the room smelled like stale beer.  The idea of drinking a beer in this building is not one I ever entertain.

Then one day walking down the hall with my class a student remarked that it smelled like beer. I jumped on that pretty quickly and said they were probably just smelling my lotion, it certainly wasn't beer.  (At the time I didn't really think it was my lotion. I was just trying to preempt any home conversations.) 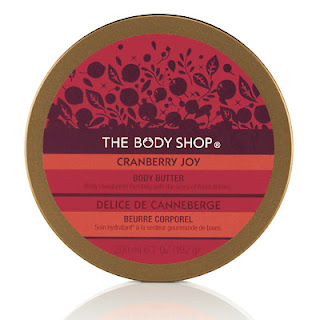 Time passes.........then yesterday a teacher I work with mentioned that she smelled beer and I was the only person around. I said maybe it really was my lotion.  (Body  Shop - cranberry body butter)  Today a different teacher mentioned it in a different room when I was standing next to her.  Enough already.  Last I visited my son after school and he wondered why it smelled so much like beer in the room. He said it multiple times.  When I told him I was beginning to think it was my lotion he told me he would get rid of it if he was me.  He also told me it has really smelled like beer in my car before  but he didn't want to say anything.  Now I am wondering if parents who stopped in the classroom before school - today for instance - thought the same thing! Horrors! Seriously!  Huge horrors!

So....... I came home and looked to see how much of this lotion I have.  I am too cheap to throw it out. I have moved it downstairs next to the rocking chair where I am apt to put lotion on my feet at night.  Yeah, exciting evening adventure right?


Hopefully I have nailed it - it is this lotion and I can stop using it in public.  Maybe Jamoosh and MCM Mama would want to smell like beer but this 3/4 teacher wants to keep her job and needs this odor to disappear pronto!
Posted by ajh at 10:12 PM

Ok, I know this could be a problem, but it's hilarious! If a breathalyzer shows up at your school, you'll know why!

I'd definitely test drive a different lotion and see if it makes a difference in your boozy smell. You're swimming more, too...that's another change...not sure how it would make you smell like beer, though.

That is so funny! :) Sounds like feet lotion for sure!

Oh my! That is funny, but not. Hope you fixed this one.

Ok, if you do a search for Cranberry Joy smelling like beer, you will see that a lot of them said it does smells like beer.

Not good for the teacher. Maybe you can just use it on a nonschool night? :)

That is the strangest thing! Hopefully you've got it figured out - I can certainly understand why you really wouldn't want to smell like beer (although that said, there are definitely much worse things a person could smell like)!

Oops your secret drinking is showing!

That's so funny. I can just imagine kids getting home from school saying that their teacher smells like Daddy after the Fourth of July barbecue. (I made a huge leap and guessed that beer might be one of the beverages served here)

That is hysterical!
Interesting though- I have found that several of the body shop and B&B works scented lotions change scent after applied to something less than desirable. I would wake up in the night with my hands under my head and think "What is that SMELL???" and have it be my hands. YUCK!!! I have stuck with boring old gold bond shea butter ever since.

Glad we nailed the culprit!

Oh no, of all things!! At least you got to the bottom of it before anything too embarrassing happened!!

This is too funny - and could be a bit embarrassing for a school teacher with small children in her care all day!!! Hopefully the lotion is the culprit and you don't become the subject of whisperers... ;-)

Andrea, Andrea, are you hiding something from us??? We all know beer is an excellent fuel and recovery drink. ;-)
What a funny story!

Eek! That lotion definitely sounds like one to avoid!

I agree, what a disaster, but how funny. You should write to the Body Shop and tell them the issue, maybe they'd issue you a refund or let you exchange it for another one?

Funny story! What a pity, it's time to change lotion.

Oh Boy, certainly NOT the scent you want as a school teacher! Maybe it is a chemical reaction with your skin...I'd take it back to the Body Shop and let them know about it.

Actually, every single person (including Amy, who I just met a couple months ago) I ride with I either met through Team Revolution or the tri club. Isn't that crazy?

This is hilarious! Beer of all things! And in a school of all places. Now I have images of you after hours lathering up your feet in beer lotion. Ha!
Your header is divine, BTW.