In Spite of VERY Cold Temps this weekend registering for races including winter half marathon!

Saturday's run was cold. The temperature was -2 which wasn't quite the coldest temp I have run in lately but both T and I agreed it was the coldest we have felt. My toes were quickly numb but my face in particular was just frozen. I had T check me for frostbite but I seemed to be okay. We went 9 miles so by the time we turned around it def. felt better.

I spent the afternoon near the wood stove and registered for 3 half marathons. I am signed up to do the Half at the Hamptons and the Middlebury Maple Run, the sweetest half. I think I like half marathons the best so this should be a fun spring. The last two years I ran the Big Lake Half Marathon but am prob. not going to this year. Although when I just went to find the link it said back in the hands of....... It was a bit disappointing last year compared to the previous year. Apparently I wasn't the only one who thought so. I also registered for the VCM two person relay but that will depend on getting my team drawn from the lottery. Let's hope!
Here is a web description of the post party for the Half at the Hamptons.
Winter Adventure, flat fast course. After Race party including Hot soup, Lindt Chocolate and BEER.. in the classy Ashworth Hotel Ballroom. 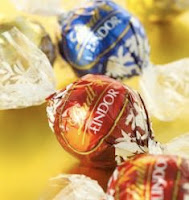 Awesome right! I know some of you will hone in on the beer, but the Lindt Chocolate speaks to me.
Sunday when T showed up she told me the tip of her ear got frostbitten yesterday. Ouch! With memories of yesterday's freezing temperatures fresh in our minds, we both way over dressed for our 6 mile run today. It was cold but about 20 degrees warmer than Saturday! I picked up the pace a little from yesterday but it is harder to be motivated to run faster when you are feeling very bulky from lots of layers. So with today's run I am at 29.8 for the week! I'm happy with that but had I known I probably would have run .2 more to reach 30! As if it makes a difference!
Hope you all had good running/exercise experiences this weekend! Enjoy the rest of it!
Posted by ajh at 10:37 AM

Being in sports my whole life I meet people easily, had to with new teammates all the time. Just ask leading questions, people LOVE to talk about themselves and it is always neat to hear new stories..

Congrats on the FUN halfs, beer and chocolate, yes please :)

NIIIICE mileage for the week. you rock girl. Beer and chocolate are the best combination ever! That's awesome that you signed up for 3 1/2s!

I'm feeling inspired...I signed up for my first half this year, but I have a feeling it won't be the last. Sounds very addictive this racing thing :)

You go girl!! I'm so impressed with you running in those temps! Good for you and your 3 1/2s! The Hamptons marathon sounds amazing! I think the Hamptons are so beautiful, always reminds me of Ina Garten, LOL!!!!

-2 degrees? Dang girl! I ran in 20 degree weather this morning and thought that my body was frozen, I can't imagine running in your weather!

Brrrr! You are superwoman for running in such frigid temps.

And chocolate as a post race food?! Sign me up! Why can't all race directors be so smart? :)

Wow - you rock! Amazing mileage - especially with those temps. I will therefore cease all whining about 20 degree temps here. Awesome!

Yes! Those half marys sound like fun..especially the one with chocolate! My favorite Lindor's are the ones with peanut butter inside, mmmmm! You are tough getting out there and running with so many layers, I don't think I could ever do that! Hang in there, two months until spring!

Thanks for the science experiment suggestion. We may have to do that next year!! All of the races sound like a blast. I love the half distance.

Thanks for stoping by my blog! I love new readers! And I have seen you popping up on others, lately! Welcome!
Great job on the mileage, I am very jealous of your beer anc choco race with a finish festival at a hotel! It doesn't get any better than that!
I look forward to following you!

Brrrrrrrrrrrrr!!!!! It certainly wasn't as cold here but it was WET on Sunday for my run. Awesome job getting out there and going for it.

I agree, the beer wouldn't speak to me nearly as much as the chocolate.

The half marathon is my favorite too!

I want some of that chocolate you have pictured.

I love those truffles as well!!! Yummy!

Brrr! You are one tough cookie! That is COLD!

You're amazing! So inspired - maybe I'll run a 1/2 some day. The Hampton one sounds like fun! I love Vermont but in the fall!!