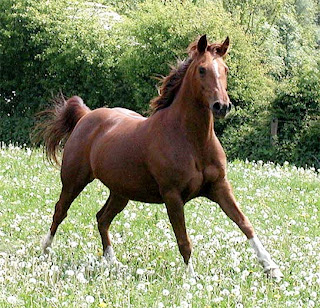 I ran 29.9 miles last week.  I guess I should have added it up sooner so I could go one more tenth and change the tens digit!  Sunday I ran 10 after my race on Saturday. I wasn't tired at all. I got up and ran earlier than usual since I was volunteering in a race more than an hour away and needed to be there on time.  As I was running in my third mile I heard a lot of noise and suddenly a horse was running past me. The problem is this horse had no rider.  I am not a horse fan and they scare me a fair amount, especially on their own. But he didn't seem real comforted by me either.  (Full disclosure - it was a pretty small horse, for all I know it was  a large pony but it still startled me.)  The rest of the run was less eventful. I felt good about my pace and the time went by quickly. Once home I barely had time to stretch and shower before I headed off.

It took a long time to get to the race. The location was changed from previous years and even farther away.  I got there on time and helped with registration.  Man do people have bad handwriting.  It was hard to read what they had written to transfer it to the bib!  Then I got to be one of two clickers at the finish.  This was an easy job except it was majorly freezing out.  I had not brought all the warm clothes I might have because I hurried so.  I managed though as I have had volunteers out in some pretty cold temperatures for me!  I also helped to clean up some after but was anxious to get going as my son was home and I wanted to get there! 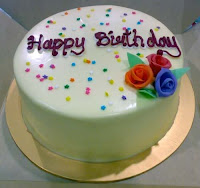 The birthday shopping I talked about in my last post was for my son's birthday which is Thursday.  Head on over to his blog and wish him a happy birthday if you want!  Become a follower of his blog!  He is my April Fools baby although I wasn't feeling too funny or  playing many jokes the day he was born!

Monday I worked out at the gym. I wasn't looking forward to it.  It was a long day at school, no fun penguin eggs to divert us, and the treadmill is rarely something I look forward to.  I got my clothes changed, grabbed my Ipod and discovered I had not packed my headphones! Can you say "Oh No however did you complete that workout on the treadmill with no Ipod to use in a gym that has no tv???" Well, it wasn't easy and if I wasn't such a goal oriented person I probably would have packed up and just headed for home. But I got the job done.  Even though I didn't have a great workout I ran into a couple people I hadn't talked with in a long time and had a couple of great conversations (kids applying for college, moving away from home, upcoming vacation) so I left in quite a good mood! 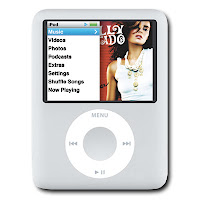 Tuesday I worked out again at the gym.  I had my Ipod. I had my headphones.  BUT my Ipod had been on apparently and the battery was gone!!!  Hello??? Again no Ipod???? So I did my tempo run with no music. I worked hard hard hard. I wanted to give up and stop but I didn't!!! Yeah me!

Christina at Lazy Bones Running posed the question about what is the most interesting thing you have seen on a run.  I already wrote about my riderless horse on Sunday.  The question reminded me about a run on the Outer Banks a year ago. I was up early running on a stretch of beach that was pretty deserted. When I looked toward the sand dunes I saw a man doing yoga - naked!  He was pretty hidden except from early morning runners who like to take in all the sights a beach has to offer.
Posted by ajh at 8:57 PM

Happy Birthday to Jameson!! Yes, I already follow his blog:) I read a comment that he left for Jamoosh and I thought that he was pretty funny:) I have been reading his blog for some time now.

I am going to volunteer for a marathon in May. I am pretty excited and think it will be a good experience for me:) Nice work on your mill run! Talking with friends really makes time go by much faster:) I hope that you enjoy the rest of your week!!

how cool is it that you and your son run, AND that you both commented on my blog! do we live in relative proximity to each other? mebbe we could get together for a run. are you doing the Burlington Marathon?

Good job getting those boring treadmill runs in without the ipod! That's pretty much the only time I "need" my ipod :)

I am in awe of anyone who can run indoors on a treadmill. It requires a strength of character that I don't think I possess.

That's wonderful that you pushed so hard at the gym, nice job.

I follow your son's blog as well. I think it's great that the two of you have so much to share. I'm sure a horse with no rider can be dangerous and a naked yoga guy as well! Well done in the gym...I'm so lucky I can always run outside.

Way to make it through your treadmill runs without the benefit of distraction. You are better than most.

I'm finally far enough into Daniels' Running Formula to answer your question from a while back...it gets specific about things and covers 800m up to the marathon. I am glad I borrowed it from the library - though I have no intention of buying it at this point.

Happy Birthday to your son! I'll have to check out his blog.

Wow, on the riderless horse - Horses and I do not get along well. Every attempt I have had trying to ride one took me through tree limbs or very tall shrubbery.

Way to go for pushing through those workouts on the treadmill!

Happy Birthday to your son!
Great job on getting those runs in - I can run without an iPod, but not at the gym!!

Naked men and naked horses... two things I have NOT seen while on a run!

Great job on all the workouts. Not sure I could survive a tempo run without music.

Oh man, I forgot my ipod the other day too. Way to get it done despite not having your.

Running outside w/o music is fine, but on a TM? No fun! And twice! I'm not surprised that you got your workouts done anyway, though - I didn't think you'd let that stop you!

Nice work on the gym...not sure I could have survived that without my iPod either, but you did it!!!! Happy birthday to your son!!! :)

I was away a few days and am behind on my reading. Congrats on your race this past weekend!

Happy birthday to your son!
And good job on getting the treadmill work done. :)
Naked yoga dude... that must have been quite a sight.

Great work at the Gym!

P.S. The Bridge is the Rickenbacker Bridge in Miami, FL but if you think that's cool. I'll be running the 7 Mile Bridge in Key West on April 17th. It's a lottery race. They only accept the first 1500 runners who apply so it will have to be next year but that would be an awesome bridge for you to run at :D

Happy birthday to your son!!!

It's very nice of you to volunteer. I am always overwhelmed by the number of people who volunteer at races...don't know what we would do without them!

Actually, I really would like to hear this woman's podcast you mentioned to me (the one who is a runner with asthma)...only little thing is, I've never listened to a podcast before, so I don't know how it works. Can you clue me in? Thanks!!

I've seen a few horses without riders. I used to show crazy saddlebreds so some of those horses were mine (bummer!).

I think men like to expose themselves on beaches. What's with that?!

Great gym workouts and way to keep going even though you had no music to pace yourself to.
Hope your sons birthday was a happy one.

The weirdest thing that I;ve seen running is a guy running near me wearing a Survivor buff, I didn't realize people actually bought those things.

Your sons blog is great, I started following him yesterday.

Whoa, a man doing yoga - naked - on a beach???? He must have had a lot of sand in his nooks and crannies! Well that does trump anything unusual I have ever seen on my runs - I did see a famous professional cyclocross biker twice, that was pretty exciting.

Happy birthday to your son!

And that horse would have freaked me out, too...

Happy birthday to your son!

I know what you mean about wanting to get those tenths -- I've often squeezed in just a bit more to get to an even total!

Have a good weekend!