What I Read Wednesday 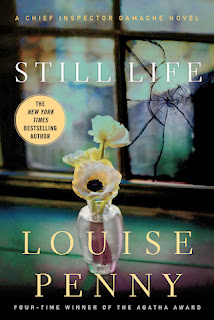 This is the final book I read on my Kindle as I traveled across the country and back. I finished it at home.  It is the first in a series and I will continue to read the rest.  This is not the one a friend recommended but I wanted to start at the beginning.  The series is set to the north of me in Quebec.  This was an added bonus to my enjoyment. Here is what Amazon has to say.

Chief Inspector Armand Gamache of the Surêté du Québec and his team of investigators are called in to the scene of a suspicious death in a rural village south of Montreal. Jane Neal, a local fixture in the tiny hamlet of Three Pines, just north of the U.S. border, has been found dead in the woods. The locals are certain it’s a tragic hunting accident and nothing more, but Gamache smells something foul in these remote woods, and is soon certain that Jane Neal died at the hands of someone much more sinister than a careless bowhunter.
Still Life introduces not only an engaging series hero in Inspector Gamache, who commands his forces---and this series---with integrity and quiet courage, but also a winning and talented new writer of traditional mysteries in the person of Louise Penny. 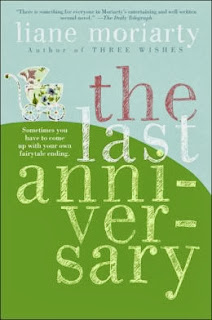 Last week when I wasn't working out I had time to go to the library. I got another book by the author of The Husband's Secret which I loved. While I do not like this one as much I am enjoying it. (Okay, now I'm done and I liked it quite a bit. I saw a friend at the gym tonight reading yet another book by this author that she said was really good. I LOVE discovering new authors to me.)

Sophie Honeywell always wondered if Thomas Gordon was the one she let get away. He was the perfect boyfriend, but on the day he was to propose, she broke his heart. A year later he married his travel agent, while Sophie has been mortifyingly single ever since. Now Thomas is back in her life because Sophie has unexpectedly inherited his aunt Connie's house on Scribbly Gum Island -- home of the famously unsolved MunroBabymystery.
Sophie moves onto the island and begins a new life as part of an unconventional family where it seems everyone has a secret. Grace, a beautiful young mother, is feverishly planning a shocking escape from her perfect life. Margie, a frumpy housewife, has made a pact with a stranger, while dreamy Aunt Rose wonders if maybe it's about time she started making her own decisions.
As Sophie's life becomes increasingly complicated, she discovers that sometimes you have to stop waiting around -- and come up with your own fairy-tale ending.
As she so adroitly did in her smashing debut novel, Three Wishes, the incomparable Liane Moriarty once again combines sharp wit, lovable and eccentric characters, and a page-turning story for an unforgettable Last Anniversary. 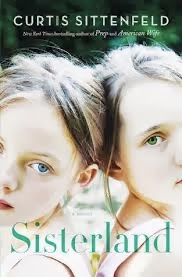 This is my current book.  I am not enough into it to have much of an opinion. I did like The American Wife by this author.

This makes me wanna read more like I used to. I need to let some of these mag subscriptions run out.

The first book sounds interesting. I'm all into these kind of books lately.

This is the third book review I've read in a row and the list of books that I'd like to try is growing.

I'll have to check out that one by Liane Moriarty and I've read a few of Curtis Sittenfeld books, we read American Wife for book club a long time ago.