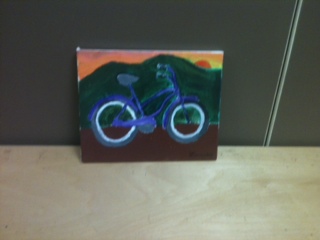 1. School is out!  But before it ended I got some very sweet cards from students.  One student made me this picture and was very excited to see me open it. I don't think my reaction disappointed her as I was so pleased with the picture and the time and thought she put into it.  I love it when my students show that they know me beyond the teacher they see from 8 to 3. 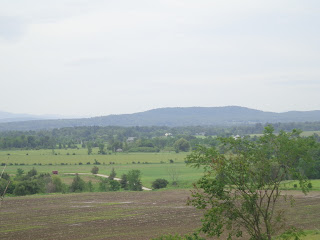 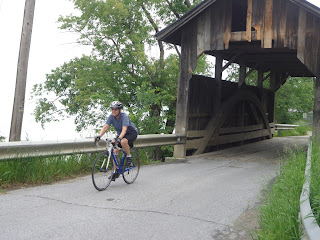 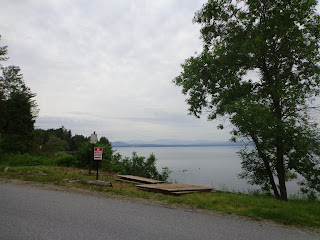 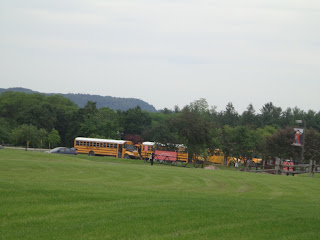 2. Today, the first full day of school being out I took a bike ride. What a surprise!  Cathy and I went on a ride she had been on but not me.  I must say though that  I was the one who seemed to know where to go.  She'll be the first to admit that her sense of direction is lacking. Once again I was on some roads that I don't know even though they are not far from me.  One place in particular was so captivating.  It was the beach by the covered bridge. When we got to our original destination we extended it and I took Cathy on a new route to her which included stopping to see Mr. AJH at work.  He showed us around the million dollar plus home he has been working on for the past 9 months.  The views of the lake were astounding. I would love to stand in that kitchen and do dishes. I would like even more to curl up in one of many places and just stare at the lake or settle in with a good book.  We stopped for a quick snack at Shelburne Museum and were delighted to see school buses on a field trip that had nothing to do with us! The last part of the bike ride I will change when I do the route on my own. Too much of it was on a main road and it is easier to ride on but has way too much traffic and just isn't nice.  But I will be back to do this route again. Today we ended up riding 50 miles. 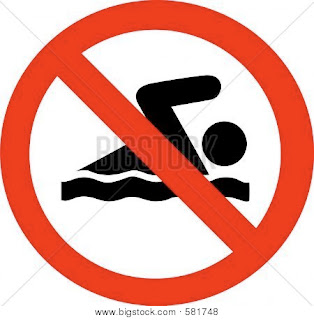 3. I always have thought I needed to do all my workouts because once I started not to it would all go to hell in a hand basket.  That may be true.  Last week I skipped my run.  This morning I skipped my swim. I set the snooze button several times until I finally decided I just wasn't going to do it.  It's not like I was a slouch, I did ride my bike 50 miles but it looks like I am only going to get in one swim this week. I could go tomorrow but I am going to get my run in as planned. At least I THINK I am.
Posted by ajh at 9:47 PM

Wait, don't listen to me. That's how I gained 15 lbs and had to start practically all over last fall. There's gotta be a happy medium though, right?

That picture is AWESOME! I'd hang it on my wall for sure. What a sweet thing to get.

Enjoy yourself you are on vacation. That is my plan!

The bike picture is precious!

That is a great card for you! Nice 50 mile ride! Enjoy your summer!

I've always thought that too about not exercising. Like it would be all too easy to lose momentum and become a couch potato. But having had some time off last year I found out that the habits are way too ingrained and after a while the need to move overcomes the inertia. You'll be fine if you need a couple of days off and you'll go back rejuvenated.

I'm so jealous when teachers get out for the summer! I have a big project every summer at work so I don't take as much time off as I'd prefer.

I know what you mean about skipping workouts - I was soooo close to going back to sleep when my alarm went off for a run this morning...

BTW, the fishing tournament was just our boat against the boat from the other guys on the trip :-)

The picutre of the bike is really nice. Enjoy the summer and your
bike rides!

Wow! 50 miles...I'm in awe! You have some beautiful places to ride in and it's great that you take the time to enjoy them.
What a perfect card from your student!
It's kind of true though that when we start skipping workouts it seems to get easier to do. But, still...you really don't seem the type to let things get out of hand. It's okay sometimes to just give ourselves a short break!!

I used to feel guilty when I skipped a workout. I still do but only when I have no excuse not to go. If my body is tired from the day before and I need an extra rest day, I accept it and don't feel guilty.

that's an awesome painting/gift from your student! happy summer!