I go visit my college friend every year and it always includes a day in the Big Apple.  Sometimes other friends come too but this year it was just the two of us.  She wanted to do the wax museum. We also debated doing the Highline and Governor's Island or MOMA. It was a gorgeous day with perfect temperatures and sunny skies so two inside things were not to be.  We only had time to do two without rushing so Governor's Island won out.  We had been there before and were a little disappointed to have so much of the island cut off but the perfect temps and stunning views didn't leave much room for sulking over it.  There was a roaring twenties party so people watching was excellent too. I didn't know so many people had clothes from that era or the means to them.  Let me start with some pictures from the wax museum. I have always looked at this in DC but never went and it was more fun with a friend. You need someone with you to take the goofy pictures. 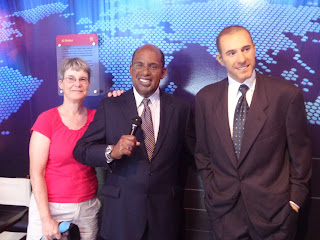 I'm a Today show particularly of Al Roker so I had to get in this shot. 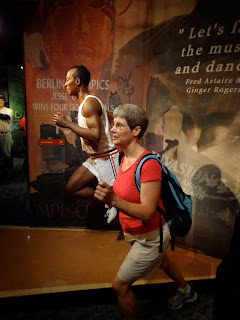 This is my favorite shot.  Jesse and I are such equal runners, right? 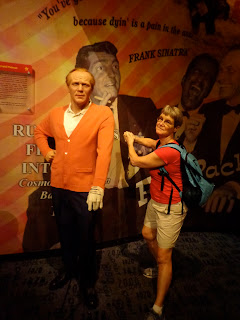 Even though I don't play golf my parents did and I attended many tournaments.  I always was a real fan of Arnold Palmer.  I have to say though I look like I'm batting, not swinging a club. 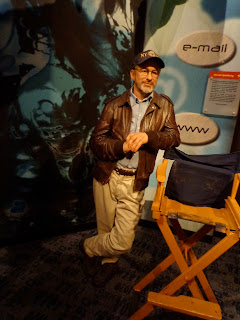 Steven Spielberg was definitely the most realistic statue there, right to the wrinkles in his pants.
But there was no Ryan Gosling. What's up with that? 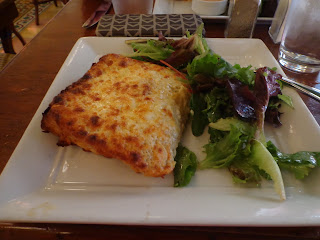 Then we went to lunch at Pigalls I think. We have eaten there before and it is excellent.  I had the above and my friend had the same thing below with eggs. 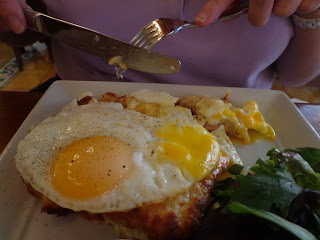 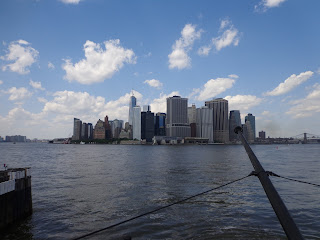 Then we took the free ferry to Governor's Island.  Just being on the water was wonderful.  We rented bikes on the island and rode around some.  I have to say not having front brakes threw me.  I also had a hard time not being able to put my pedal where I wanted it to start off. The seat wiggled and I guess basically the bike was crap.  But you couldn't beat the views or the day for sure. 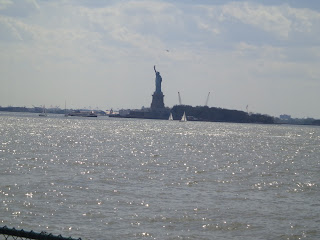 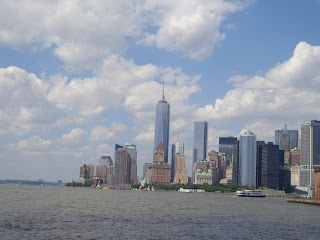 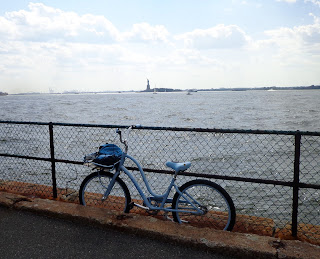 You know how I love to prop my bike for pictures.  Well it wasn't mine but this works. 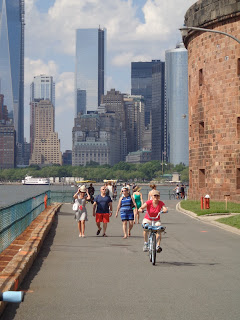 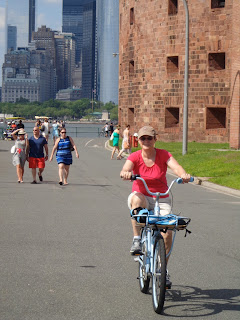 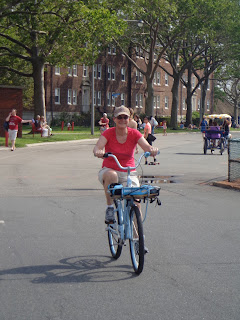 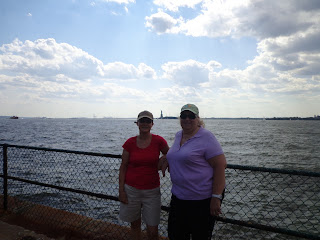 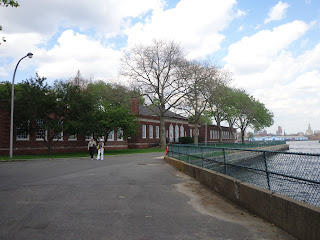 I always have a fun time in NYC and I did once again.  I want to visit Roosevelt Island  on another visit. Has anyone been there and have thoughts about it?

I think I need a trip to NYC, looks like you are having fun!

Such a fun weekend! I need to get to NYC before the marathon in 2014!

Looks like an awesome trip. Loved all the pictures!

What a fun day! I never been to NYC but it's on my wish list. Luckily R. wants to go sometime too so I think we will get there someday.

It's been years since I've been to a wax museum (we have one in Amsterdam) but it's always fun to do.

Governors island and the highline are on my to do this. Just recently went to Staten Island for the first time.

To do list. Unfortunately when I go to NYC it's just manhattan.

What a beautiful weekend! Thanks for sharing the Big Apple's tour.

What a fun trip! I haven't been to NYC in quite a while. Glad you had gorgeous weather while you were there.
I've never been to a wax museum. I think it would creep me out!

It's one of my dreams to take my son to visit New York. I would also love to visit a wax museum. What a great trip!

What a fun trip! I saw that picture of you and Al Roker before I started reading and thought it was real for a minute!

What a fun trip! I saw that picture of you and Al Roker before I started reading and thought it was real for a minute!

Looks like you had a good time. Those wax statues are incredibly life-like, aren't they?

I am not sure how you settled for such a travesty they dared call a "bike". Tsk, tsk. Sad state of affairs indeed!
:-) The wax museum creations looked so real!!! Fun!!!

my only trip to nyc was around the marathon last year...not so much a good time to visit, hoping this year there are no storms and we can see the sites!

Ah, NYC - I've only been once but it was for our honeymoon, and so incredible, I loved it.

You're right that Spielberg looks the best!

I know renting bikes while vacationing is a lot of fun. I rode mine in DC all around the Nat'l Mall.