The Extra Day's Ups and Downs 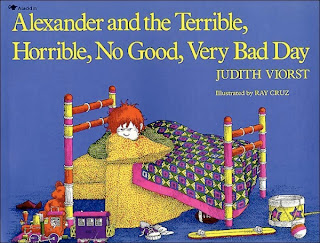 I got up early enough this morning to get my stretches in, read the paper, drink my coffee and leave in plenty  of time for work
BUT I realized I had forgotten something I needed and had to go back home and BARELY made it to school before the kids got there.

I ate at my desk correcting papers which meant I didn't have to bring the papers home tonight
BUT I BROKE A TOOTH!  This horrible thing far outranked any other bad thing that happened today. I am still very upset about it. One of the not so great things about aging.


I got to leave the staff meeting early
BUT it was to go to the chiropractor where he worked on my tight back and it may have hurt a tad.

I went from my appointment to a pool in Burlington so I wouldn't have to get up early to swim in the morning.
BUT at this pool you reserve lanes and all the lanes were taken.

The swim team was done early so I got to swim in one of their lanes.
BUT then a woman told me she was going to be teaching a class there so I had to move.

I swam in the new lane for awhile all by myself.
BUT the water was cloudy, my goggles were foggy and I felt like I was swimming legally blind.

I was getting my swim done in my new lane when a woman appeared in it.  I asked her if she had reserved it and she said yes but she was happy to share.
BUT I am a nervous wreck when I share a lane. I was sure I was going to run into her and hugged the lane line so closely I kept running into it.

It was nice of the woman to share
BUT another two women appeared at the end of the lane and said they had reserved it.

The woman told me the guy in the next lane said he would share with me so I went to my third lane for the night.  Meanwhile both women got in the lane I was leaving and 3 of them were swimming in it. Unimaginable!
BUT I continued to worry a ridiculous amount about running into my lane partner and was getting nothing out of my swimming.

I decided to call it a day and headed into the locker room because I really had to go to the bathroom and I had had enough
BUT I may not have quite gotten my wet bathing suit down before I started to pee.

I took a hot shower and got myself a hot cup of coffee before I headed home.
BUT it was after 7:00 by the time I got there and it was almost time to go to bed.

I had that great after swimming feeling I always get.

And I will end there on a positive note.

Ugh. Sorry about the tooth. I cant imagine sharing a lane. Actually I can't imagine swimming in one either.

Ohhhh, the tooth. :( That was definitely a not so good day. I'm sure I've told you how much I hate sharing a lane. I'm one with the rope the whole time.

You are doing so great with your consistent swimming! I have such a hard time making myself do things that don't come easy to me, and you're there time and again. I want to be like you.

Did you see the announcement on Facebook? My adventure racing friends OFFICIALLY made me part of their team. That post was enough to make my day pretty much no matter what.

Hope your tomorrow is as wonderful as today was not!!

Sorry about your tooth! I love how you are postive!! What are you doing for a March race?

Loved this post. A pretty good day..minus the tooth!
We often swim 3 or more people in a lane. I am fine with it now, but I remember the times when I was nervous to share a lane. I would be so careful to be fully on my side, it sucked the fun out of swimming. It gets better though. I have never heard of reserving lanes. Silly!

oh ouch. Sorry about the tooth. that stinks. We don't reserve lanes around here so I always end up sharing. sometimes there are 4 of us in a lane! it's a bit of a mess but i always tell myself it's good practice for triathlon.

Oh no, not good about the tooth! Sounds like it was a pretty rough day all-around. We don't have lanes reserved at our pool, if all lanes are filled, we just ask if we can share. We have 4 lanes and usually I can get one to myself but sometimes I have to share. Seems it's a lot busier in spring when the tri-dudes are ramping up their training for the season.

OH my! That's a hard day. So sorry about the tooth, ouch!

Seriously, what a night for swimming. I guess you pick a popular sport! Reserved lanes...I have never heard of that. Way to keep at it and glad you felt good afterwards even though it wasn't exactly how you had planned it.

Boy, the lane issues you have with swimming sound really stressful! I never heard of reserving lanes...

Every silver lining has a cloud. I'm so sorry about the broken tooth. That's such a huge pain. Dentist, crown or patch - ughh!!
And that other wee problem you had. My sister taught me the pull the crotch to the side method for when your togs are set and don't want to come down quickly. Works a treat.

No leap day for you next year Andrea :) this wasn't the best day, especially the broken tooth.

Sorry about the tooth. That lane swimming thing sounds like a total nightmare. I'm surprised you had time to swim at all with all the changing lanes! Hopefully you only get a bad day like this once every 4 years.

The tooth is unfortunate. :(

It used to freak me out to share a lane, but its really actually very good tri practice. But having to switch lanes rather than just concentrate on swimming is a nightmare!

Yes that's a bad day and I bet today will be great.

Oooff...it is the worst when it all happens at once.
(I love that book btw)

Breaking a tooth is certainly horrible. Sharing lanes is not something I would enjoy.

First, I am so sorry about the broken tooth. That is no fun!

Second, I wish I lived closer to you because I would love to swim with you and show you how fun it can be. I have gone through everything you have gone through. I just wish I could be there to help you relax and enjoy the beauty of the swim. I will send positive vibes your way so that maybe that will help!

I remember that book. I might actually still have it. Maybe I should read it on days like the one you had.
BUT it is good that it ended on a positive note.
Happy March to you.

ok first -
this post
I love it.
So clever.

So sorry about the tooth. :(

I hope March is great to you!!

Ouch! Sorry about the tooth. I used to love reading that book to my kids.

Sorry about your tooth.
I didn't know there are so many rules with regards to swimming. Maybe that's why I like running. We are willing to share the road. :)

The book says it all when you are having that kind of day! Swimming sounds complicated and broken teeth are pretty crappy. Just think, the weekend HAS.TO.GET.BETTER!!!

I wanted to quickly add (K) - I recited a condensed portion of Alexander (3 typed pages!) when I was in 5th grade in the Humorous Prose Division of a regional Speech and Music Festival of schools. I loved the story, had a blast, and won a Superior. Woo-hoo! The judges only criticism was that it would have been more appropriate if I was a boy...... :-)

Way to go sticking it out in the pool as long as you did! I would feel so discombobulated after all that moving around.

We have had up to 4 in a lane at masters swim sometimes. That gets crazy!

I didn't know there was so much to learn about swimming at a public pool! More to it than there is with a run!

Wow, you had quite a day! I hope your tooth is fine. I broke one in elementary school and it was no fun getting it fixed.