Cross Fit (not me) and A Lovely Sunday Run

This was a crazy busy weekend and I am so glad I have tomorrow off!

Saturday I got up at 3 to get ready to go to a Cross Fit Competition in NH.  Since I know NOTHING about Cross Fit it is a good thing it was my son competing. My husband and I picked him up about 4 and we were on our way.  Jameson tried to fill us in as to what would be happening.  Part of the reason I wanted to go was to learn more about this thing that my son is so passionate about.  My # 1 reason was to support him but so much wanted to have a clue when he talks about it.  Jameson was home sick the day before including the lovely vomiting bit so he wasn't at his best. There was some debate about not going but in the end he decided he had paid and he'd give it a whirl.

A lot of people from his gym (box) were also going.  This competition was for first timers but as so often happens people entered who had been in many and walked away with some prize money they didn't deserve.  Sad.  Jameson's first event involved riding a bike that he said was very difficult.  It was short but intense.  They then lifted 115 pounds multiple times and then did a certain number of burpees. If I misspell things don't be surprised.  My husband thought Jameson should get extra credit as he had to lift so much higher than all those short guys!  All things had a time limit.  Jameson did make the time limit in this one. Unfortunately there was only one other guy in his heat so not a lot of energy to feed off.  I was certainly impressed.  I had no idea how strong he was. 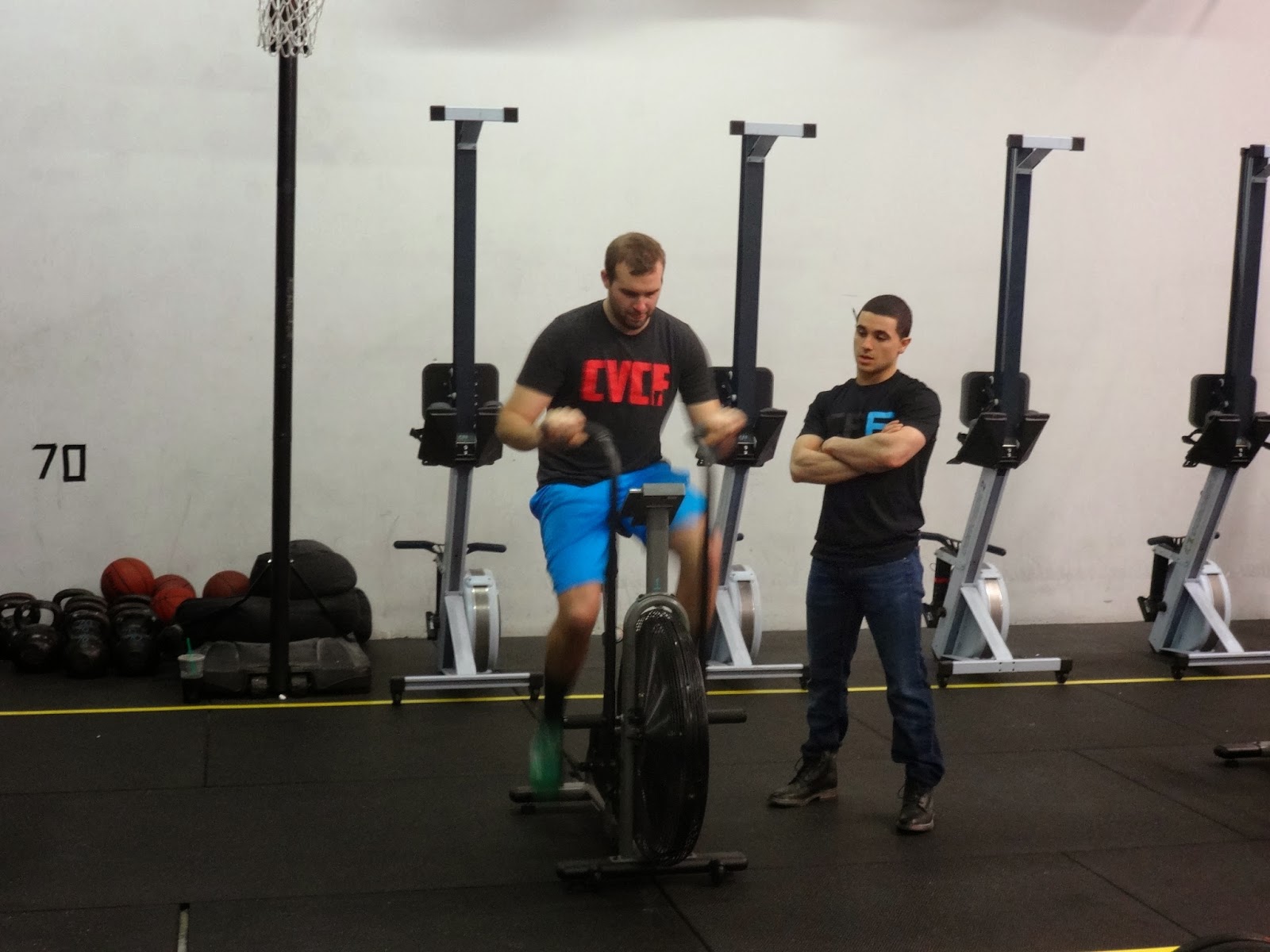 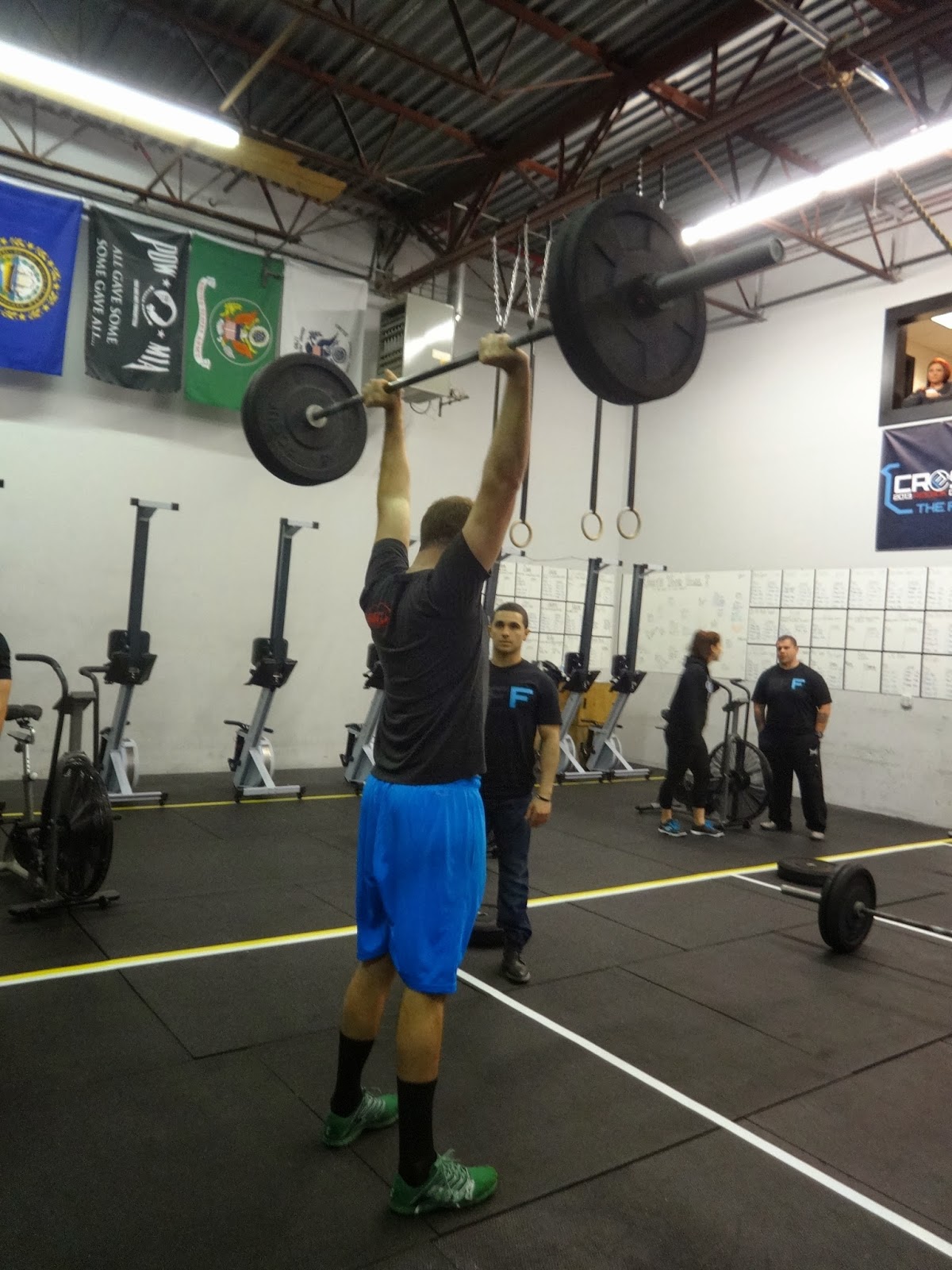 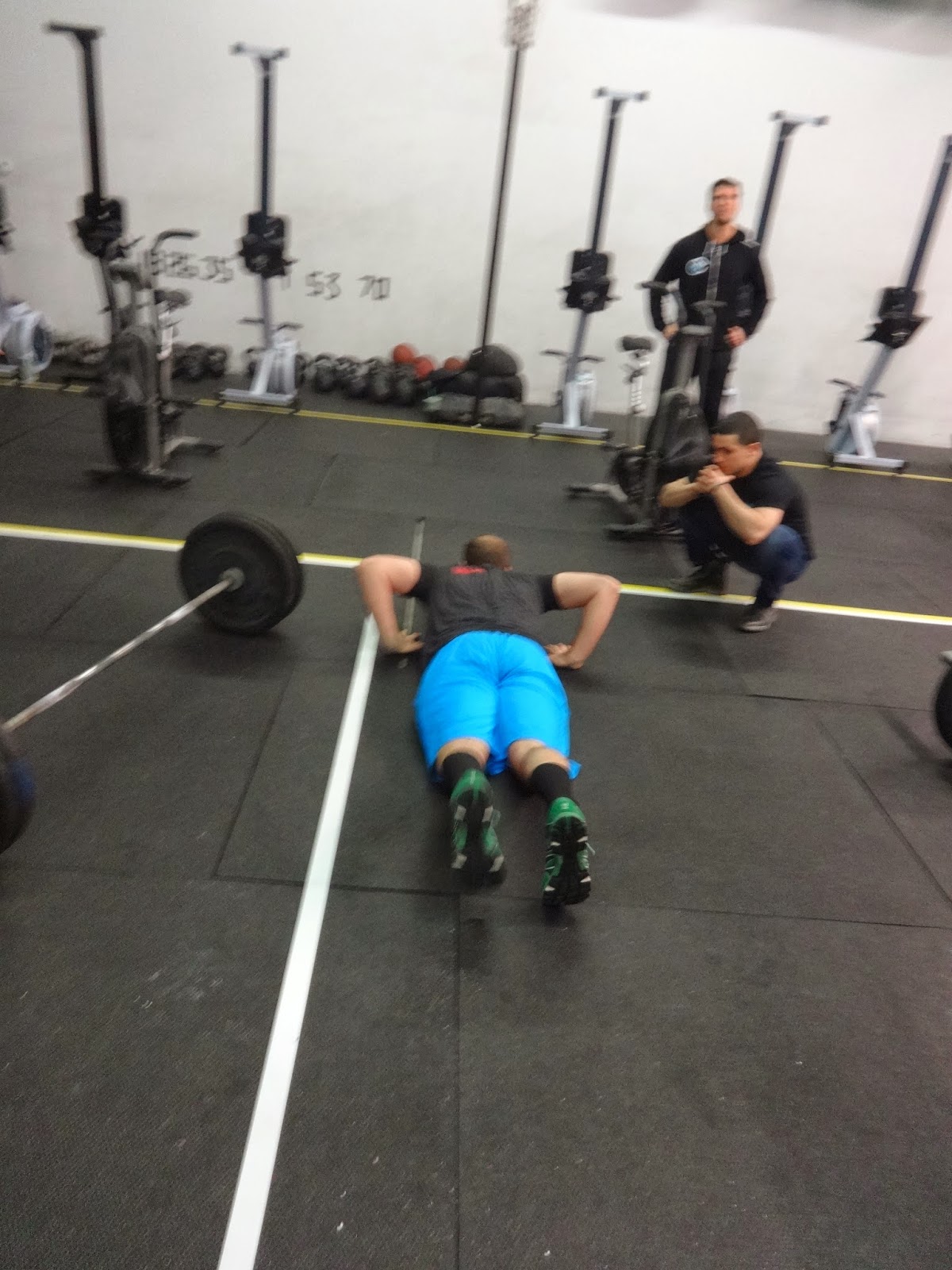 For his next event he had to lift again (He was disappointed to do the same thing again.  He said there are many things they could have chosen rather than repeating) and jump up on this box many many times. I CANNOT IMAGINE.   This was tougher for many people for sure. 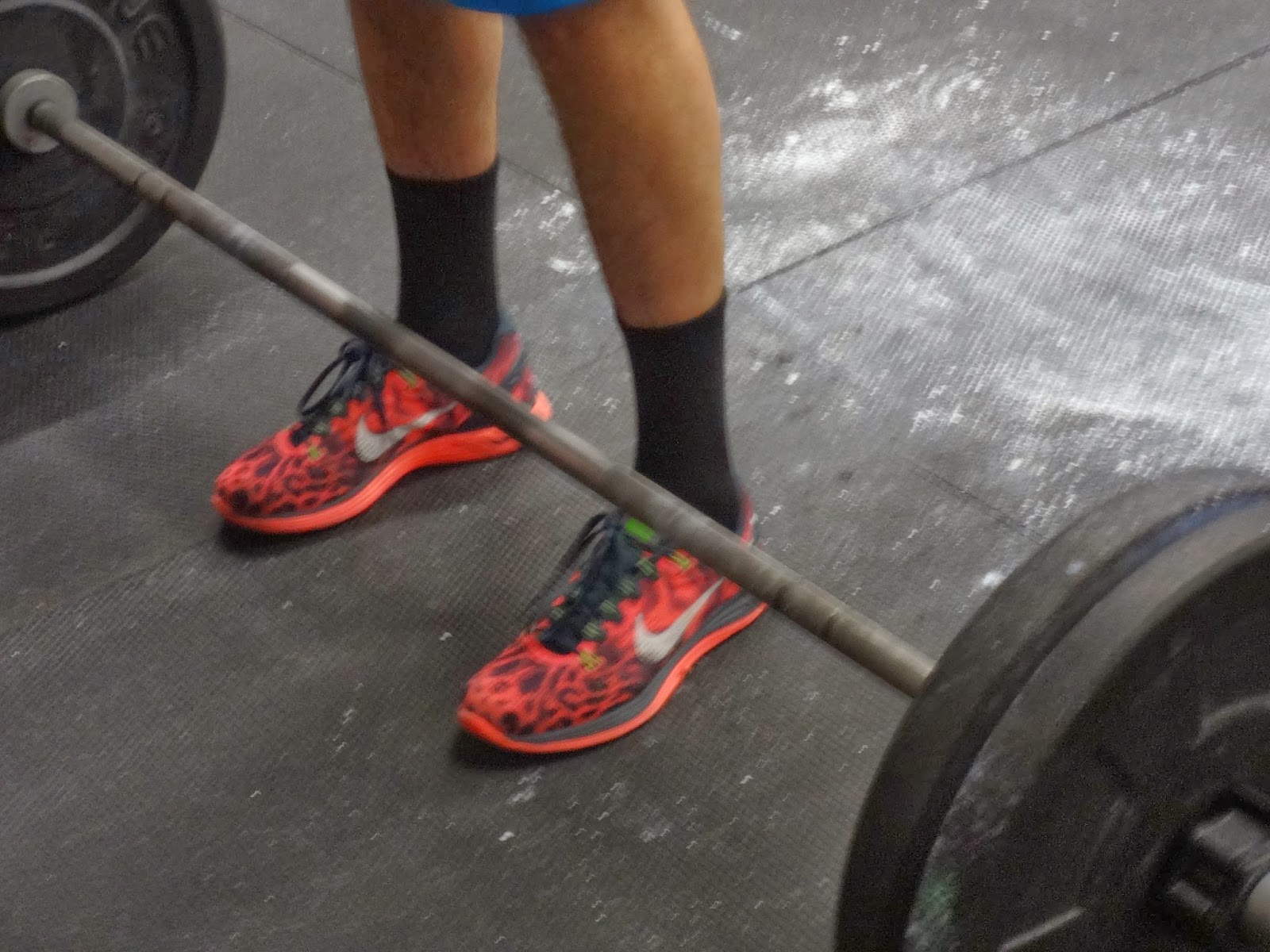 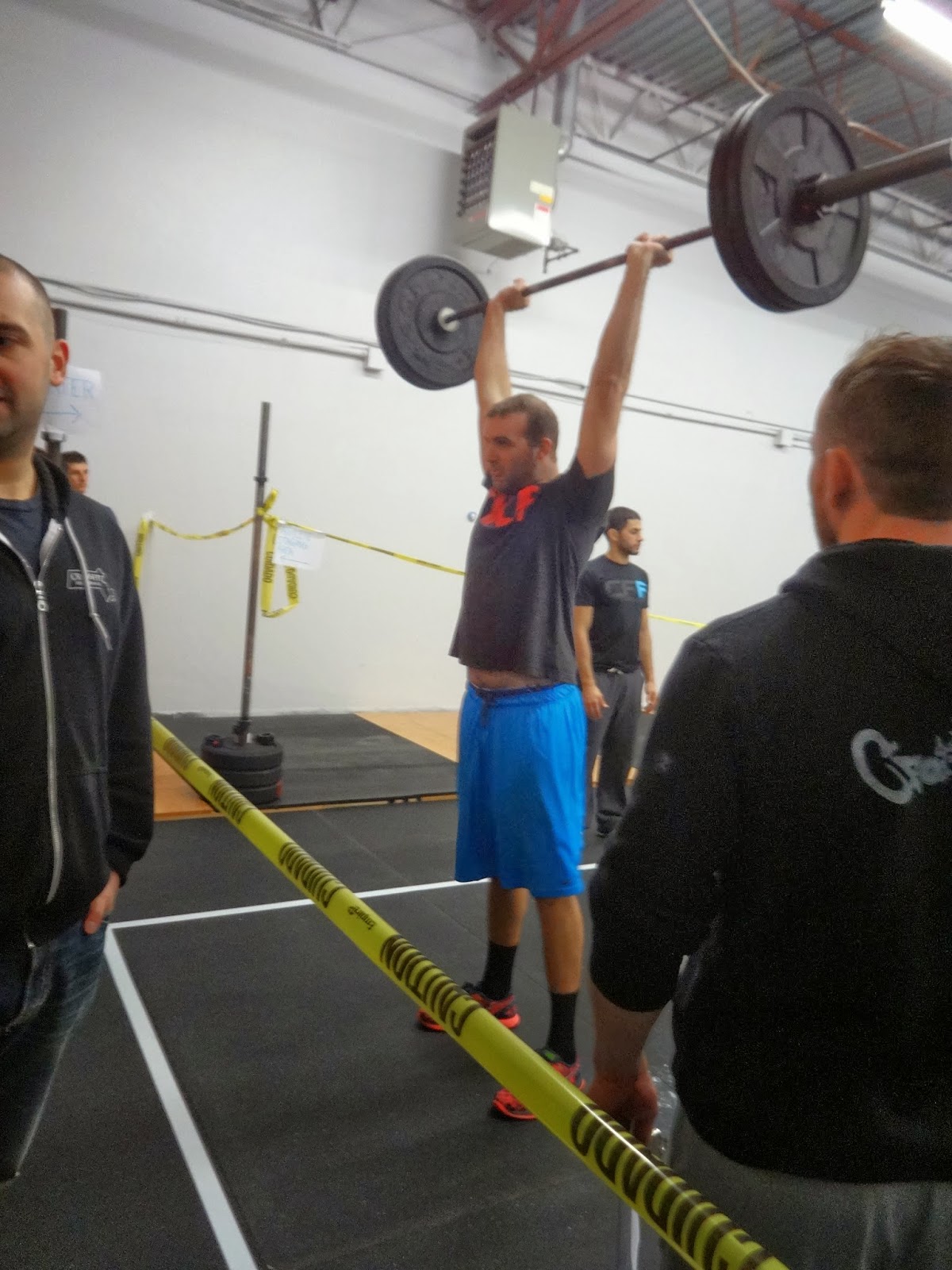 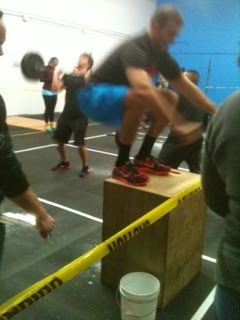 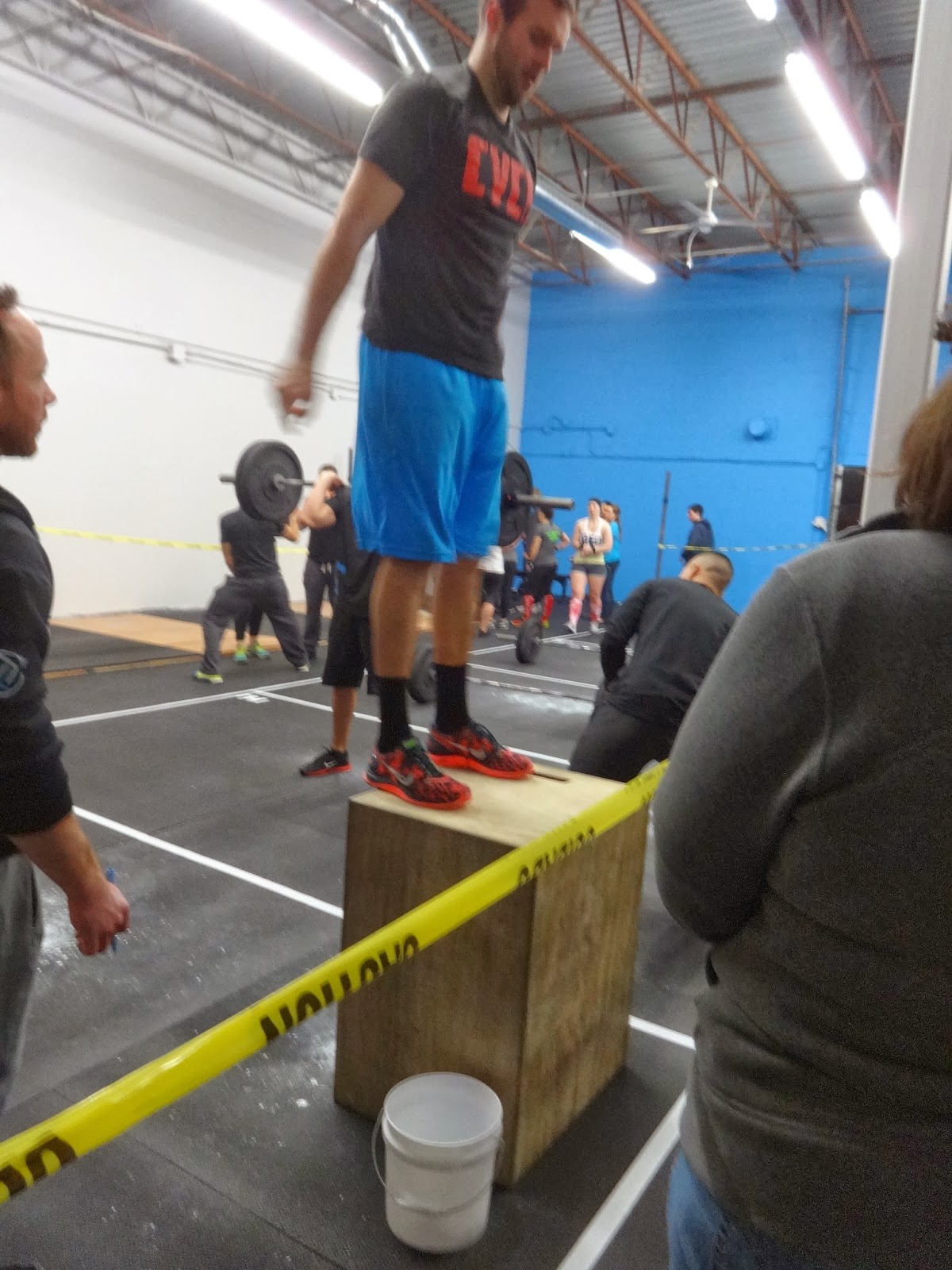 The rowing event was last and this is what he did best at and naturally it was his favorite. 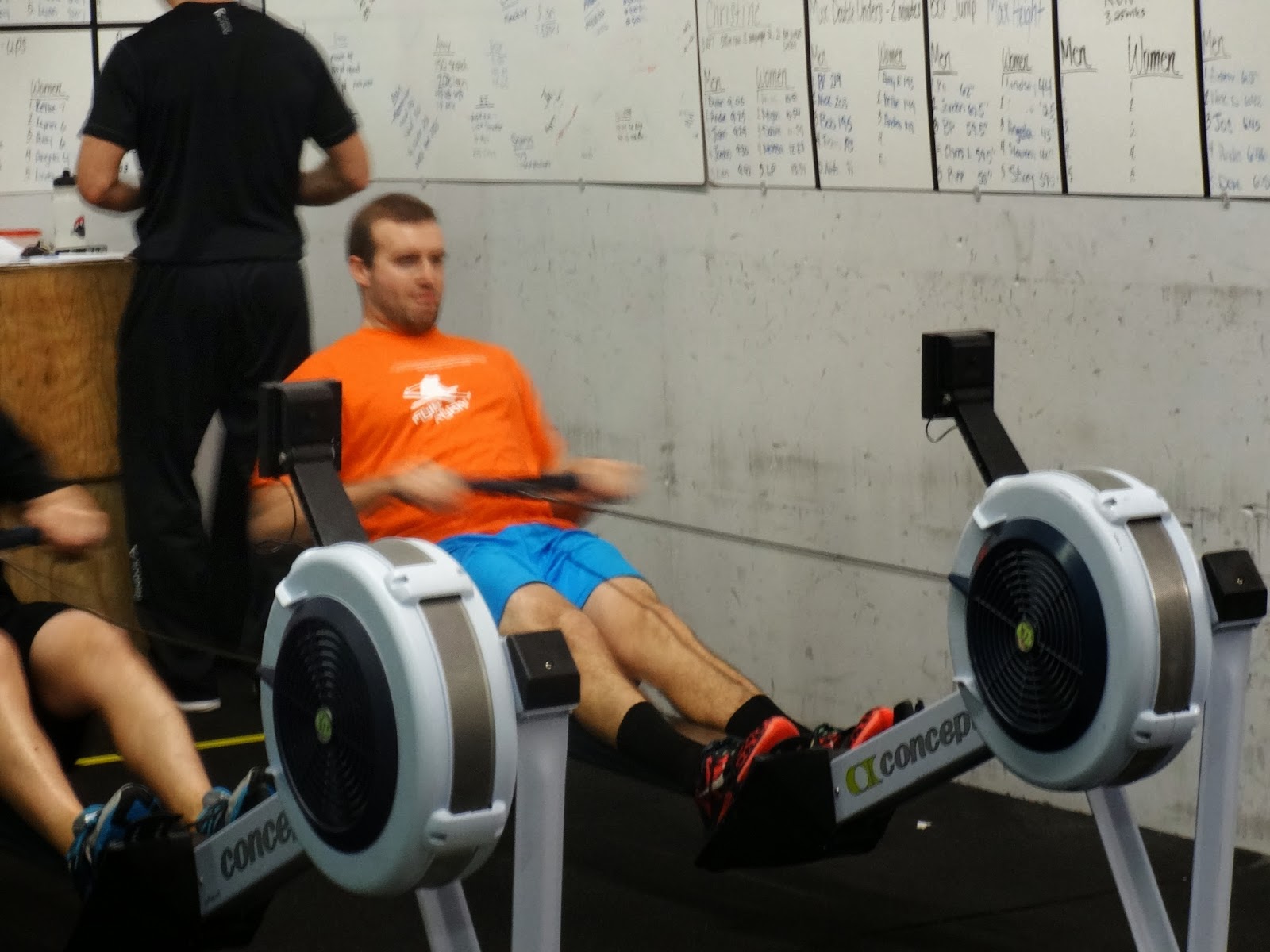 Then it was time for  a LONG drive home. We had noticed it snowing hard and there was a lot of heavy wet snow on the road.  My husband was driving and it was nasty. Southern NH was a mess. Heard later there were over 50 accidents. The interstate was bumper to bumper and we were going 20 mph. Saw a car on it's side.  So that slowed us down more than a little until we got back to Vermont with no snow. Crazy. 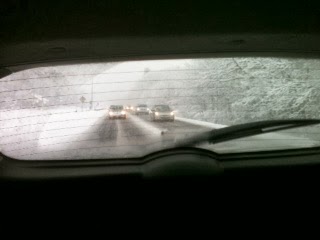 I actually can't wait to go watch this again.  I would like it to be closer to home but..... I was very proud of my son and what he can do.  Amazed actually!

Sunday I got out for that run I've been wanting to do. I did the same route as I did a couple of weeks ago with a little tacked on.  Next weekend I hope to do 9 so I'll throw a little more yet on.  It was not too cold and snowing lightly.  My kind of weather.  I didn't take as many pictures as last time but here are a couple. 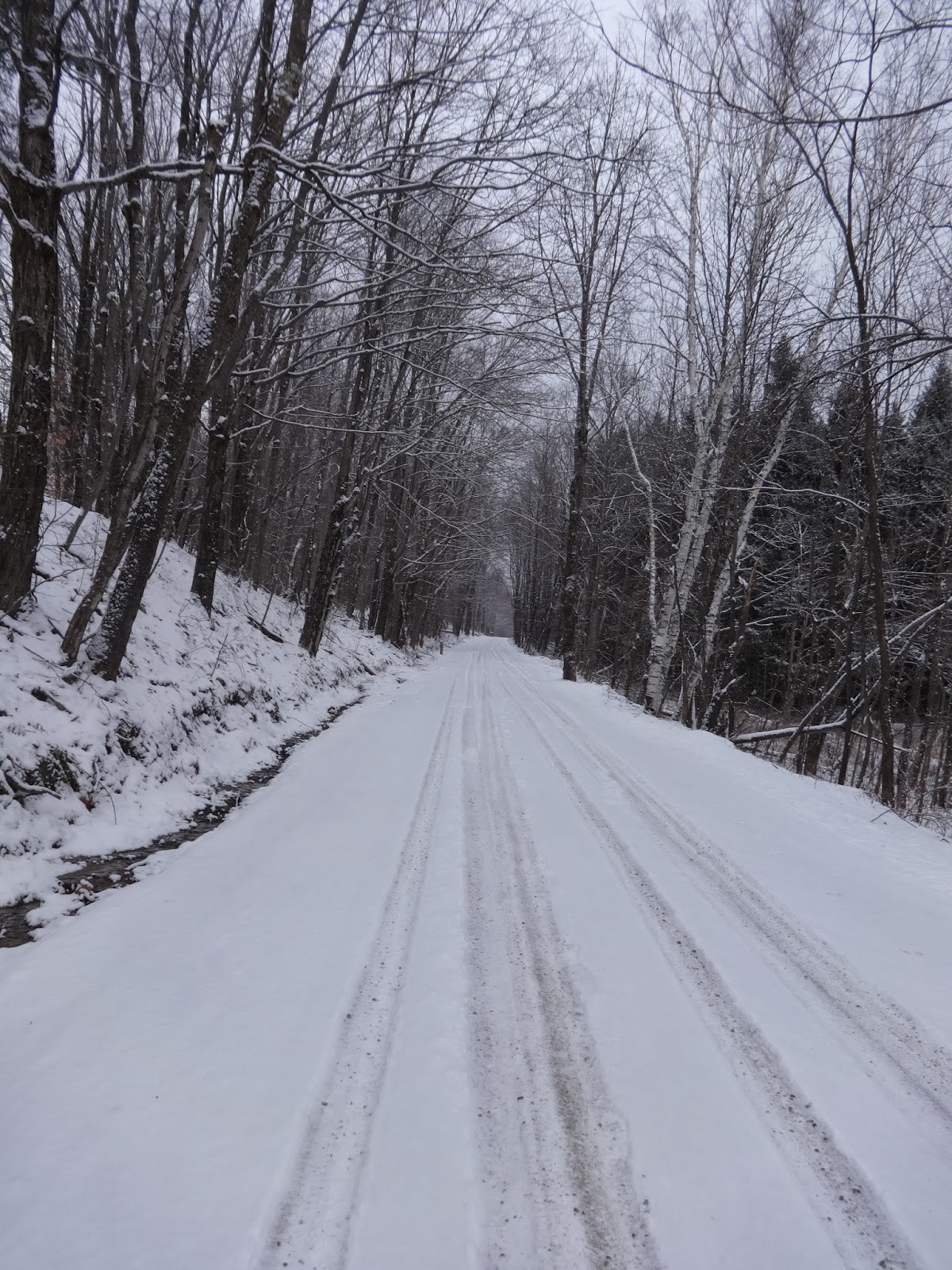 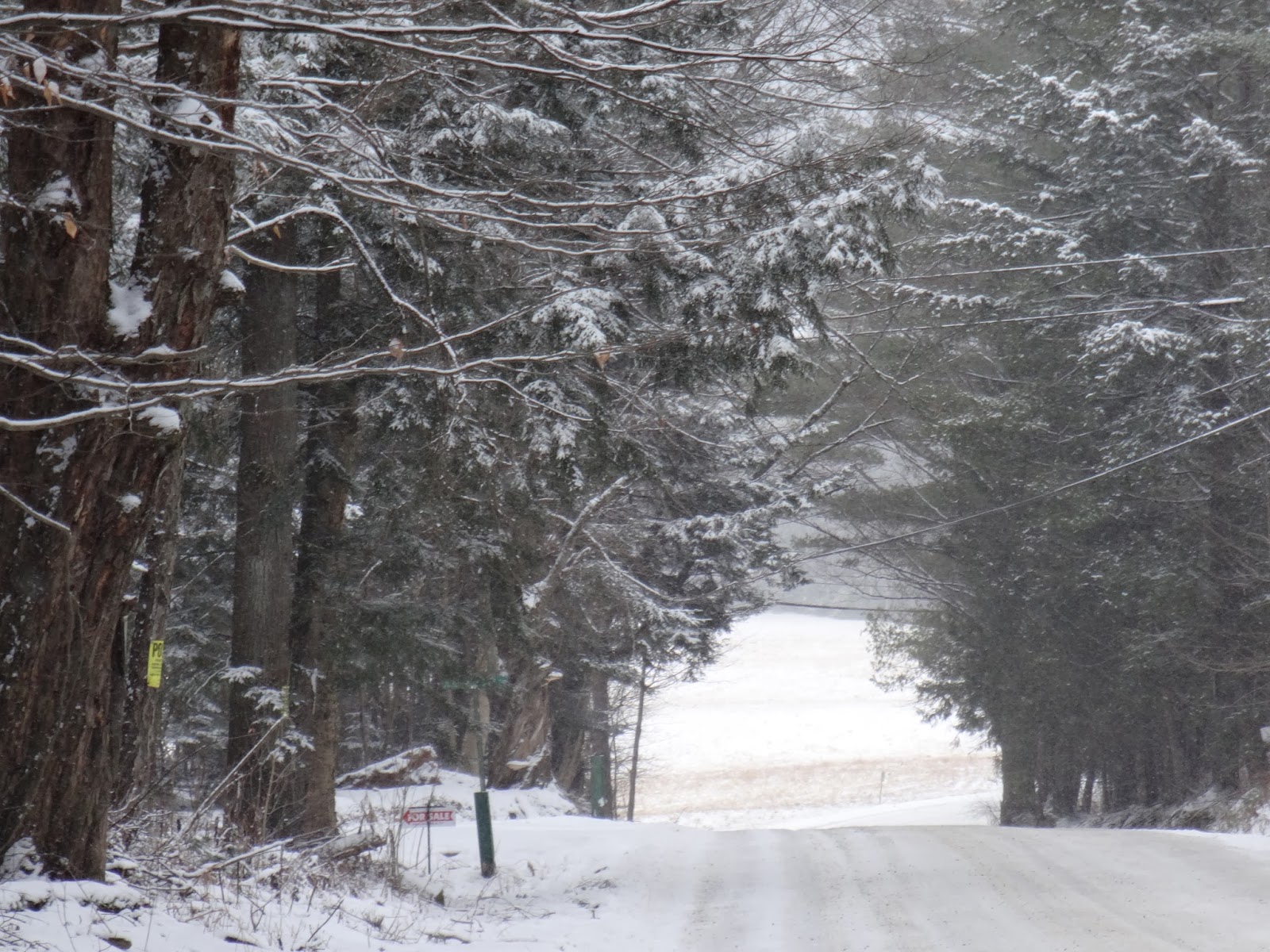 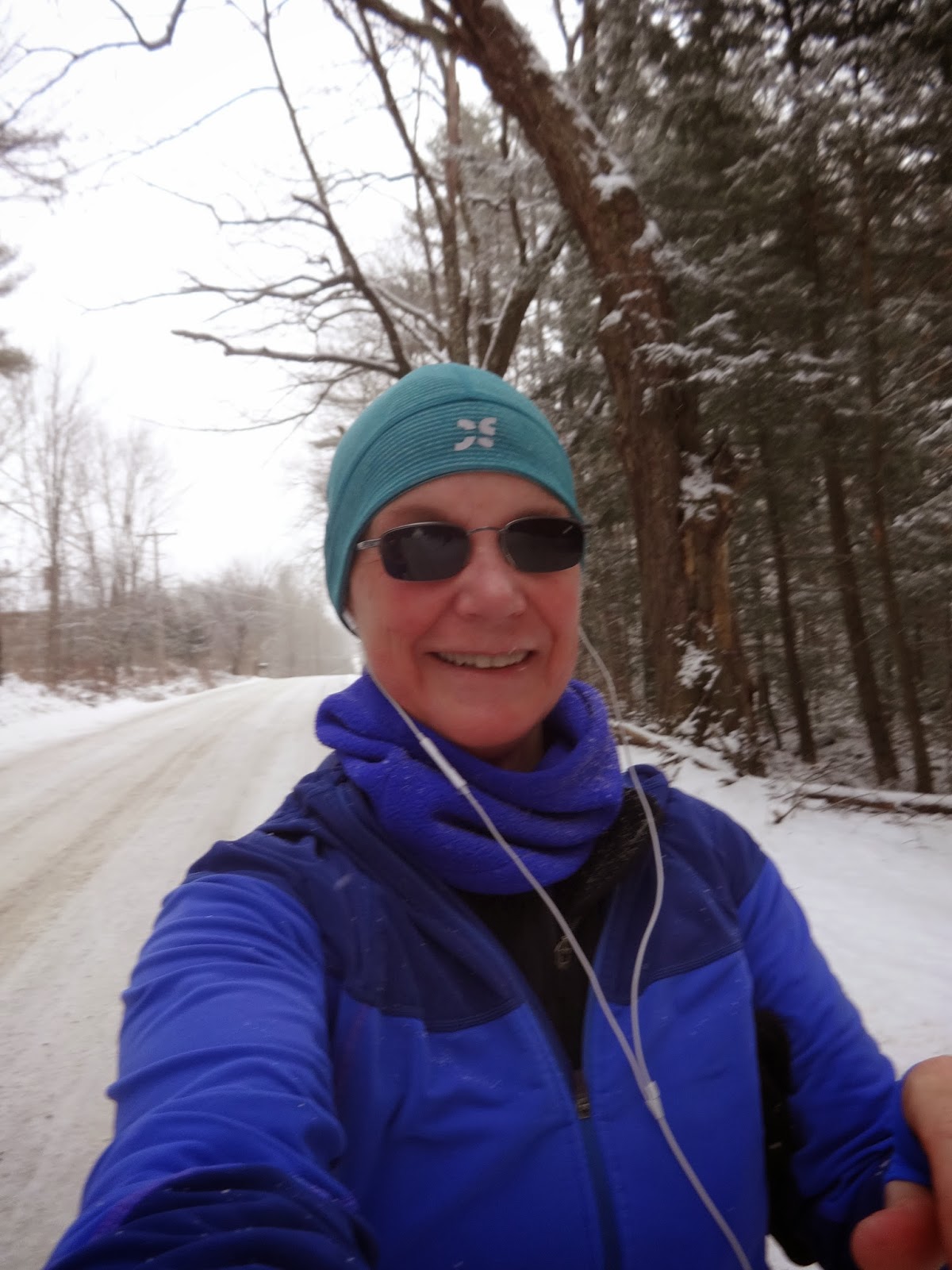 Having a great run!

Steve Magness over at The Science of Running has some good posts on CrossFit. It's something that would probably help triathletes more than runners.

I've been working with a trainer who is a crossfit coach and it is amazing what this has done for my running! I've been enjoying these workouts (except for the burpees), which she tailors to maximize my running. And every session is something different.

Wow, that was early to get up. I've heard lots about cross fit, it looks hard!! Have you ever gone to a class?

What a small world - I think your son must know my stepson through CrossFit, Alex is bigtime into it and I just saw that they are Facebook friends! Impressive to watch all their feats of strength - not sure it will ever be for me though!

Really cool that you were able to go and support Jameson at one of his events. Those box jumps are crazy. I can't imagine jumping like that.

The run looks beautiful too. :) Glad you finally got to enjoy MLK day off!

When I saw how high that box jump was I was impressed. I think I'd have second thoughts jumping off that let alone onto it. Jameson must have quads and glutes of steel.

Over 50 accidents along the route: that's impressive!

I always enjoy pictures which you take while you're running.

Jameson did really well, awesome! I am not one for crossfit myself. We'll leave it for the other generation... Love the snow pics as always!

I have no clue about Crossfit either and I liked reading about it from your perspective. Congrats to your son! I'm sure he gets his athletics from you. :)

I have heard about CrossFit and also looked into it. Apparently I can even do it in my town if I want too. But it looks so hard. As I understand the sessions are always short and intense and you do it almost every day?

I'm impressed with Jameson doing this and I love it that you and your husband are interested in seeing what it's about and what he's doing. You are both such loving parents for both your children.

Woo hoo! Way to go Jameson! Bummer about those 'sandbaggers' entering the comp who shouldn't have. Glad he had a good time and hope you enjoyed spectating! The snow pics are gorgeous, as yours always are!