I love "games" where you do lists of things.........your favorite meal on vacation, favorite activity, best book you ever read and on and on.  I spent some time this year thinking about where else I would want to live if I wasn't living in my beloved Vermont.

I actually started this post in April and never finished it.  Since someone I love dearly is moving across the country it seems like a good time to finish it and hit publish.

I would have a job, a house, and not have to worry about moving. I am simply picking 3 places I might want to live. 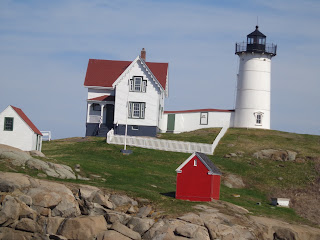 1. The first one will be no surprise. I would want to live in Maine. But I don't want to be far inland. I want to be on the coast. I wouldn't mind at all being on an island although my husband never believes me when I say that. He says I am on the go too much to be satisfied on an island. I am not so sure. 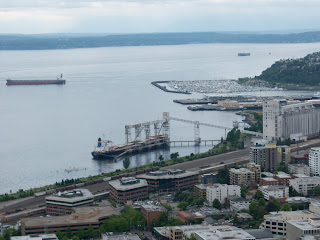 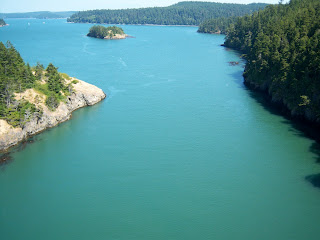 2. I am also attracted to the state of Washington.  It has ocean and fir trees, a winning combination in my book.  So I would need to be on the western side near the coast. I could be on an island.  I LOVE ferries so taking one on a regular basis would be just fine. There is a movie that had a spot I loved. I am forgetting the name of it. It was about computers and work and the guy took a ferry every day from Bainbridge Island.  I think I have that right. I am moving into that house.  Okay thank you Google. The movie was Disclosure.

3. Okay, one more in this made up game of mine.  Where else might I choose to live?  I definitely prefer the north to the south. I don't see me moving anywhere where it is hot for a lot of the year. YET I would be able to bike much more so maybe I should consider one state in a warmer climate.  I don't want to be far from the ocean. Mountains are pretty important.  But there is also a part of me that would like to live in a city.  If it was a short move and then I could move again I would live in DC or NYC. Really!  I regret that I never lived in a city but at this point in my life I would not choose it as a long time thing.  I'm still having a hard time deciding so I'm going to stop and come back later.

Okay it is MUCH later.  I never got back to this but now I'm going to say Oregon.  I won't follow my daughter right to where she is but Oregon is appealing to me so why not be in the same state.  I am not sure where I'll be but I think I'll say the coast and near the mountains.  I don't want to be in a big city but I don't want to be too far from one. And I want to be able to bike a lot!


So if you could live in any state (we'll save other countries for another time) with no worries about a house or a job where what 3 places would be possibilities?
Posted by ajh at 1:39 PM

I have the same dilema as you...I want to be near the coast, but I love the mountains. I prefer not to live in a city as long as one is close by....in case I get the urge to have cultural experiences. I can only use the states that I've been to because I know no other, so....
1) Colorado (daughter and mountains)
2) Michigan (lakes)
3) South Carolina (home is home..love it)

Minnesota (north) and same as WI (north). Real seasons is what I would love. My sister lives in GA and I won't even go there to visit. LOL.

It is really hard for me to even think about where I would prefer to live. I have pretty much the same criteria...love the water, love the mountains and need to not be too far from a city. I've got all that, but would probably prefer winters that don't last as long (but, there has to be a winter). Still too many choices though...in the end, I think I'd want to stay in my province of Québec :)

I really seem to love the Southern States. I would probably pick Mississippi - it's beautiful. But I don't know - there seems to be a lot of sweltering heat and racism there. I LOVE Kentucky people, so maybe there. I've only been as far NW as Montana and it was beautiful but I gotta be near stuff, and there's NOTHING there. Definitely not the East Coast, but Boston was cool. Eh, I would most likely just stay in Missouri. My theory is you should live somewhere average or below so vacation seems that much more impressive when you travel.

I think I'd go to Colorado in a heartbeat. Love it there and its already packed with friends. I share your affection for Maine. Have never been to Orgeon. Will be in Washington in a few days on the way to Alaska!

Being a Washingtonian, I'm so proud to see my state made your list. I truly believe "my" state is the most beautiful place to live even though it's cloudy 9 months out of the year! Many of the photos you share look like WA, with the hills and evergreens and waterfronts. :)

Tough one. I threw out Pacific Northwest for summer and Arizona for winter, my wife threw out Georgia, South Carolina or Florida. Wonder who will win :-).

I happen to really like central New Mexico and hope to retire here.

If money were no object, up county Maui in the state of Hawaii would be nice

Good question. I can only judge from those that I have visited. Unfortunately, I haven't traveled much since I started running.
1. San Diego - I went to a conference there and loved it - the weather, near the water, etc.
2. Winter -Naples, Fla and summer, Boulder, Colorado
3. NYC - it has a little of everything.

I'm happy to visit other states but will always want to be close to friends and family so I don't think I'd ever want to move.

I haven't been to a ton of different states.. based on what I've heard and seen though, San Diego looks lovely.
I wouldn't mind a summer home somewhere in New England - probably Vermont or Maine (though I've never been to either) but I wouldn't like the winter.
And I really do like Maryland. It has so much to offer in such a small state - beaches, mountains, cities.