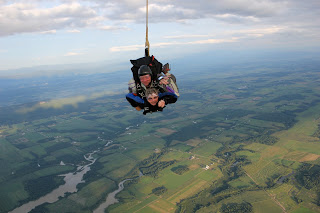 After jumping out of an airplane everything else seems a little grey.  I feel a little bit like I did after my first marathon - worrying that all the rest of my marathons wouldn't be as good. Well I don't know that any quite had the excitement of the first one but the rest were pretty special. So I'm sure future sky dives will be too. How could they not be?

I managed to run 9 miles on Sunday. I do have a half marathon at the end of September I need to be able to run.

I got several bike rides in and I'm still fitting in swimming because I have two more tris!  Yay!

One bike ride was a new one I drove to.  I expected to be running alone but there was a ride going on for motorcycles (who went farther) and cyclists who were going on the route I had the map for.  They waved me in so I had company for most of the ride.  I didn't use the aid stops etc. as I had not paid but it was nice to have more cyclists around.  It was a 40 mile loop that I would not do again. It was my least favorite Vermont ride I have done. There was nothing special to see and the road was in tough shape at times from flash floods this summer.  But I wanted to try new routes and how will I know if I like them without going on them?  The ride was to raise money for end of life care at a local hospital. There were spectators with thank you signs and much appreciation shown at various parts of the route. 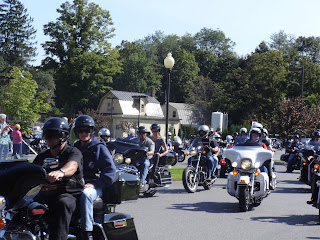 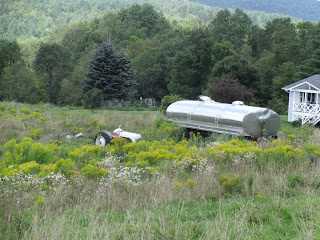 This is Vermont's version of abandoned vehicles - a tractor and a milk tanker.

Today, my last official day of vacation, I took an awesome bike ride. I took part of this route a week ago or so with a friend. Today a different  friend went with me and we extended it to 40 miles.  We rode it as an out and back rather than a loop.  You see completely different stuff in the other direction which amazed me.  It also seemed like we were doing a of downhill on the way so the way back would be rather hard. That wasn't the case at all.  We rode to Montpelier, our state capital, and had a snack on the front lawn as well as using the restroom in the Capitol building.  Just a bit fancier than what we often use.  It was a great day! I came home and got stuff done around the house, totally relaxing on my last day home. 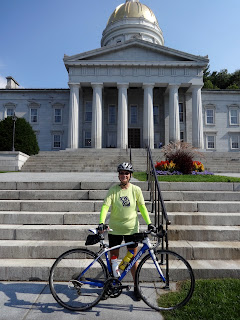 A beautiful day to ride to our state capital. 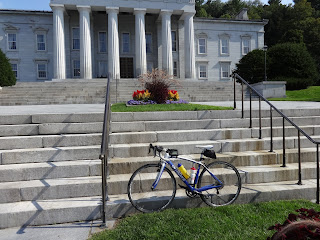 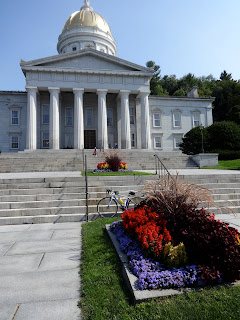 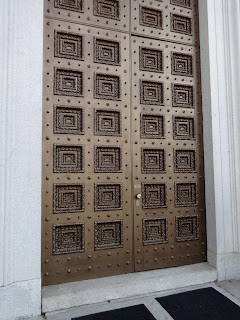 The door we went through to use building with the restroom.  A step
up from our usual bathroom stops. 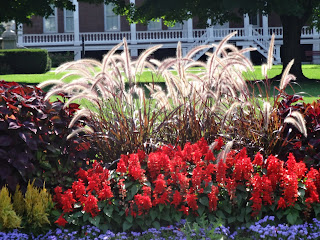 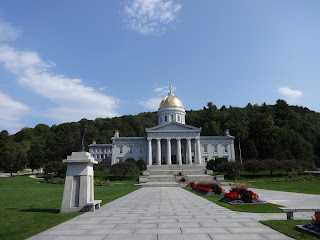 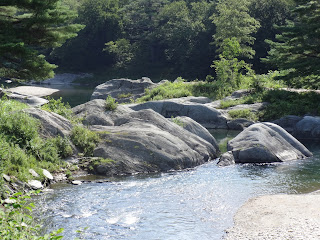 A pretty spot on the Mad River on the way back. 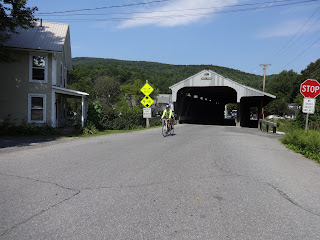 Trying to get pictures here was hard. It's a busy bridge!

Wow they are seriously fancy toilet doors. If they're anything to go by I'd be expecting gold-plated taps, bidets and a string quartet playing music to hide the sound of any bodily functions.

There's only one thing crazier than the phrase "My last skydive" ... that's "My next skydive"!!! My daughter started her semester of student teaching this week, so her summer's over as well, but she's really excited to join the ranks of you educators!

Okay, I am still completely in awe of your skydiving experience. Amazing. You make me want to try it!

Sigh. Farewell to another summer. We have meet the teacher and locker setup tomorrow, then start school on Wednesday. Have a great school year!

We started back to school today....hate how crazy fast summer goes.

Such a great experience of the skydiving. really, I impressed from you. thank for sharing your experience...
such an amazing post with beautiful pictures..

Don't slack on Summer! We have a full month remaining!

In many cases the exhiliration of the "first" time is hard to match. But I think with certain things (like marathons), the emotional experiences are completely different from race to race and each race has it's own personality so it becomes special in its own way.

Our days are certainly getting longer but winter is still with us. It's been a very warm winter. I love the photos, thanks!

You definitely made the most of your summer break this year. Glad you were able to enjoy your last free day.

Love the pics of your bike in front of the capital building. That's cool.

I'm jealous you have 2 more tris. They pretty much pack up and roll out of town here in August.

Just saw that I wrote capital...and not Capitol and to a school teacher lol :)

Great pics as usual. Yes another summer has gone. A good way to spend your last free day.

Great and beautiful way to end your Summer vacation.