T.T.T. or I'd Really Like To Quit My Day Job and Work for VT Tourism

1. I have raced 5 weekends in a row and am really looking forward to NOT racing this weekend! 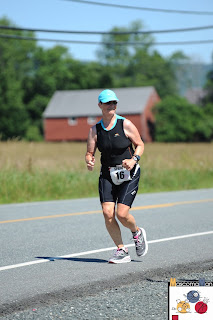 This is when Jameson is holding the phone and Emily
is cheering me on from DC.

2.  I hate seeing the end of July arrive. I always allow myself to pretend school doesn't exist during July. My time is my own.  At some point in August all the stresses of getting ready for the school year come back into my life. 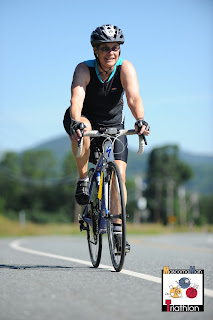 One of many free race photos from last weekend.

3. Wednesday was another great day in Vermont and I had another great ride on a new route. Well a mostly great ride. By the end of it I was tired! Very tired!  I rode 54 miles and that was just a bit more than enough. I was ready to be done.  I took a ferry early in the morning to Port Kent, NY from Burlington.  Then I rode through New York. Some of it was quite nice and some not so much.  I had a deer in front of me in the road but I don't ride with the camera out so no picture. I was riding to Essex NY where another ferry was but when I got near there I took a picturesque loop!  It was but I took no pictures. It was more open which I prefer. I did get lost and rode south more miles than I should have but found my way back.  Then I got to the ferry and took it to Charlotte, VT. It was a blissful ride. There was a breeze. Everyone was friendly and chatting on the upper deck.  Then I rode on some roads I had been on before but some were new. I had parked at Jameson's house near the ferry so I wouldn't have to pay for parking. When I got there I took a shower before I headed home as I was completely disgusting! 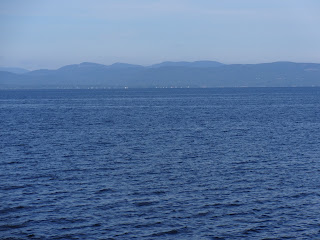 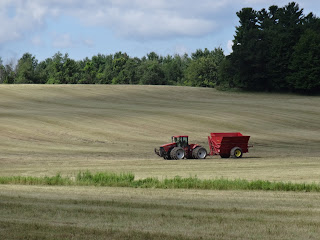 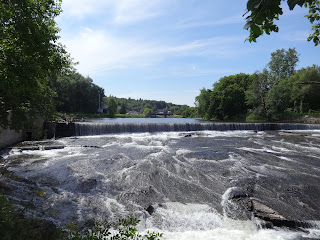 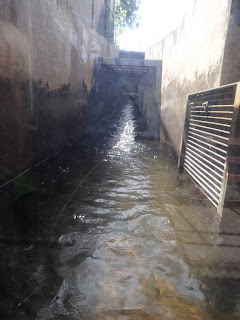 so there are fish ladders... 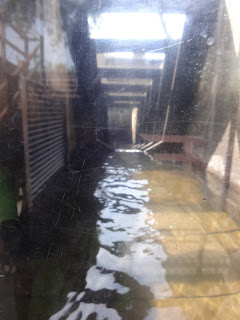 They come up and turn a corner and go up more. 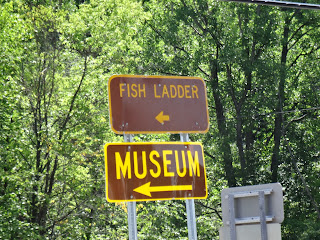 This was  the opposite of my map but how could you not go look at fish ladders? 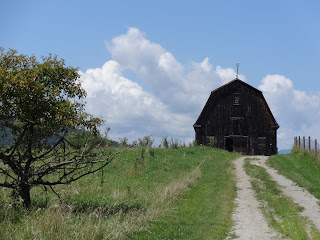 I went back to get this shot.  I just liked it. 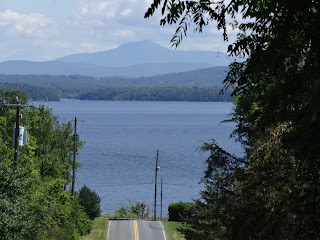 Heading toward the ferry to go back to Vermont 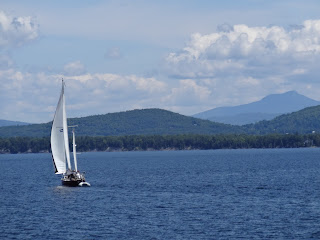 The ferry ride was blissful. 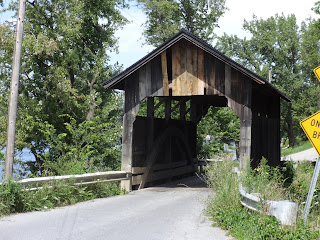 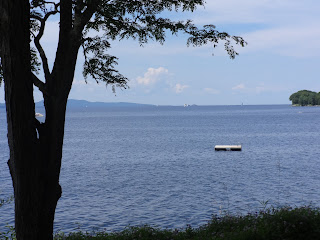 A little town beach - great place for a snack to regroup. 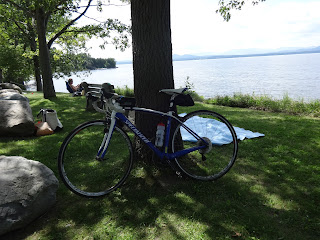 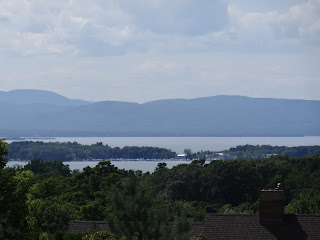 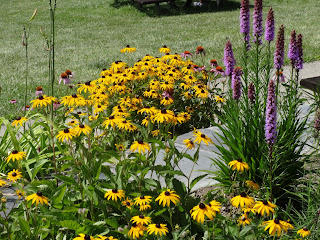 I have to admit I was VERY tired the rest of the day. This ride took it right out of me!  Today I am relieved not to be biking. Say what?  Just for a break, just for a break. I actually had a pretty decent run
today.  Now I'm off to a movie.

Great pictures as usual. VT is so beautiful. Maybe your legs were tired from the Sunday hills?

Beautiful ride!
I'm really busy at work in June and July every year so I'm taking some days off in August to relax. Hoping to get out on my bike tomorrow though! I just need to tighten a few things up first.
I need to check back to see what the fish ladders are all about since they aren't loading for me.

Beautiful pictures! They make me homesick! I can't believe you have raced 5 weeks in a row?! Jealous.

VT Tourism should just give you a monthly stipend since you take such awesome photos.

I am jealous of your long bike rides (although I couldn't manage 50+ miles like you!). Now my kids are off school for the summer, my long bike rides are over until September...

Nice ride and gorgeous pictures! Boo for starting to think about work. Maybe you should open a bike touring business.

You're definitely my preferred travel blogger for Vermont and Maine and New York.

Relax and have a fun, non-racing weekend.

Vermont is really beautiful! We have fish ladders here in SA as well. When I was at university a friend of mine who did his PHD in Zoology designed fish ladders for the Kruger National Park. I helped him a lot and loved it. Enjoy your weekend! I'm off to an away race! :)

Lovely, lovely bike ride! I enjoy seeing pics of other parts of the world so much, can't get enough of it. I hope I can entertain my readers as much when I start walking the trails I want to walk and show my foreign readers my country.