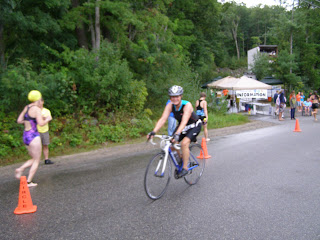 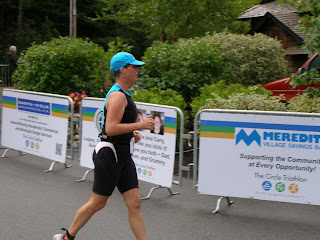 I'm most proud of the triathlons done.
I'm most disappointed by the number of commutes to work. The first year I took up biking I couldn't run at all and I wasn't swimming so I biked to work all the time!

I have been keeping records for many years.
Here are two highest and lowest.


When I think about my goals for next year I don't have any huge goals that are new.  I still want to try to ride a century and that will be my biggest biking goal.  I want to balance racing and biking and find it hard to combine the two in the fall which is a prime season for both. I loved not having a lot of races this fall so weekends could be devoted to those long bike rides.  I already have a late Sept. half marathon which will change that next fall.   I want to continue to cross train as I have found it works very well for me on many levels.  I want to stay sane and know when I can't do it all.  This is mainly during school.  I want to continue to race new races, race each month and see bloggy buddies when possible. I always want to race with family when possible.  And I guess I still want to learn to change a flat! I don't really have new goals as I still want to concentrate on triathlons which are oh so new to me. And have I mentioned.........I have already registered for a triathlon for the summer of 2013! 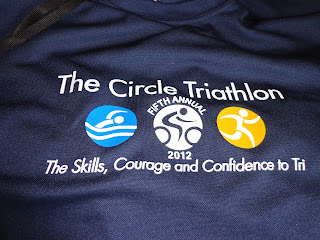 I noticed on my son's Facebook page that he's thinking of doing some tris this year. He likes to cycle and run but swimming's not his forte. I may be coming for you for advice :-)

Great stats despite the broken bone. Cheer to 2013!

I wish you were going to be this way this year!

Awesome goals!! Amazing number of miles run this year on top of all your biking and tri training! You must have super powers! ;)

Very impressive numbers...and with a broken bone no less. Didn't seem to slow you down much at all!

First you totally made me laugh when I read your comment about me swimming 52 miles at once on my blog...heck the 1.2 miles for the Half Iron about killed me!!

WOWSERS! You had a busy athletic year! I don't think we have that many races here in Hawaii! You got some good running mileage. I did 1000+ miles last year too. My first time.

Your stats for last year are fantastic! Bring on another year of races and triathlons!