My running still seems to be in a bit of a funk although I did 12 looooong miles today without dying.  Running in DC got me in the habit of carrying water which I did today and it helped. You must be thinking it has taken me awhile to figure this one out.  I varied my route a but which I also think helped and listened to podcasts - a chance to catch up on news I missed.  I have a half marathon in a week and a half that I am less than excited about but I am finding things to catch my interest more.  If I wasn't so cheap I would just not go but I paid for it (and have been doing the long runs - nothing else but yes to the long runs) so damn it I am doing it whether I enjoy it or not!


Yesterday the weather was fantastic and I hit the bike path.  I couldn't believe how shallow the lake is.  And Lake Champlain is one big lake but wow what a noticeable difference from just two or three weeks ago.  I explored on the north end when it ended and rode around on some side roads I hadn't been on that were near the lake. Ironically I could see where a lot of the flooding happened last year.  I got 25 miles in and had an excellent ride. 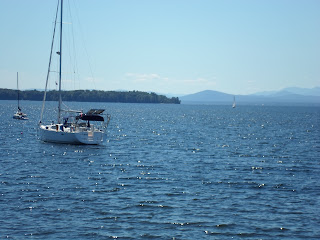 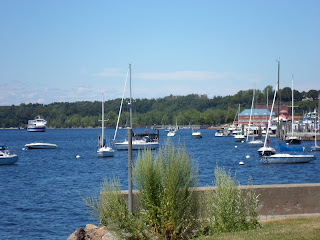 These are to show first - repaired sidewalk from massing flooding last year. The marathon route
had to be changed.  Now there is  a "beach" extending out into the lake where the  water was so high. This was true all along the lake. 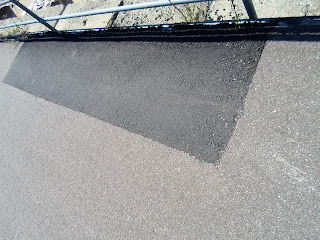 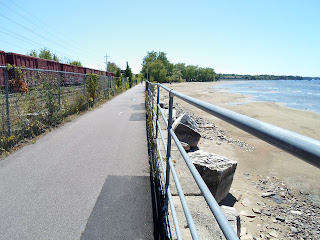 This is another place where the bike path was destroyed but now there is a huge beach. 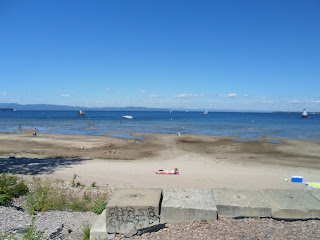 I knew when we got home we were going to go to Field Days. My husband had had one of his tractors taken out for the opening parade.  My favorite part was the sheep!  I managed to eat some junk fair food while I was there including a maple doughnut and a maple creemee.  Yum! 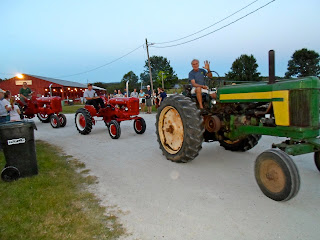 Before I left DC we went on an early morning monument run so I could see them lit up. I have been wanting to do this forever and EMily got up early with me so we could.  We timed it well so we could come back along the river which is more fun than on the streets of the city.  Then it was time to pack up, head for the airport and back home to Vermont (where I will say the weather was perfect when I arrived. Perfect!) The pictures aren't great but another thing I did before I left - broke my camera - my new camera I got in June to replace the one I got in April because I broke one in Maine.  Running with a camera (or biking) can be hazardous to the camera. 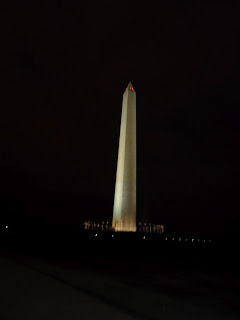 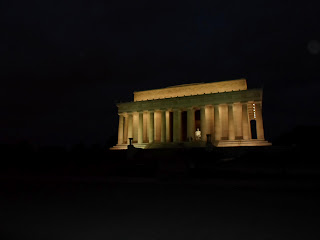 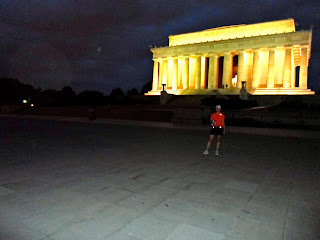 Before I left we also managed to eat some really good pizza (Mellow Mushroom) and cupcakes (Baked and Wired.) 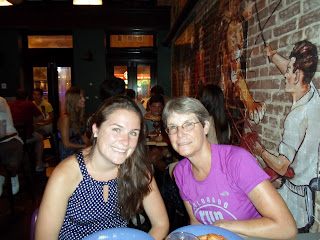 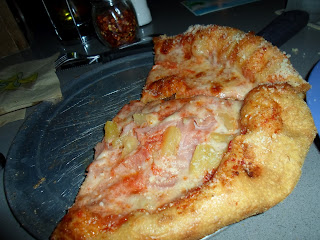 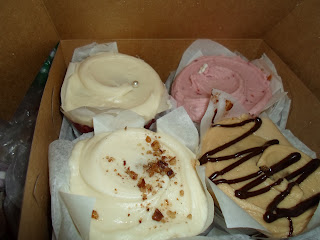 I also have a race report - actually about Emily's Saturday race which I will be posting at some point.
Posted by ajh at 4:16 PM

I'd laugh at you about the water (bc I always ALWAYS carry water, even for a mile), but I know you're accustomed to MUCH more reasonable temps, so I'll give you a pass. :)

Those pictures are gorgeous, and I'm looking forward to reading you and Emily''s race reports from the 50k.

I think you will have fun at your half mary. No pressure racing can be a blast.

Loved all the pics! Crazy how low the lake is. That pizza pic is making me hungry :-).

Ok so when we come back out so I can run VT, my 3 YO son will be insisting on seeing that tractor collection!

Maybe the half will surprise you and turn out to be much more enjoyable than you are expecting? Sometimes it is good to have low expectations...

Glad you enjoyed the trip to DC with plenty of running and yummy eats! Looks perfect. That's too bad about the camera, though!

I've never seen the monuments in the dark before. So cool!
I'm jealous you went to Mellow Mushroom. I went once when I was in Jacksonville and loved it but haven't made it out to the DC one yet. Joey and I need to have a date there very soon!!