A Good Training Partner is Hard to Find - But I Found The Best! 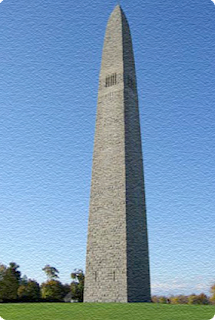 Bennington Battle Monument
T has been my training partner for years. We run on weekends together with the rare weekday run thrown in.  T does NOT like to race although she has stepped it up this year and raced more than usual.  But the fact that she doesn't race makes her a good training partner for me as she is willing to do whatever my schedule dictates.  Most recently my schedule has gone out the window as I am unable to run.  I took my bike out last weekend and it has been on the go since. So what did T, the perfect training partner do?  She got her old Raleigh 3 speed out and her husband spent some of his precious time getting it road ready!  So T is now biking with me and loving it!  She cranks that 3 speed up any hill our mountainous town throws at her. (She is much more afraid of leery of the downhills at this point.)  We even get to ride on that rare weekday this week because our state employees get tomorrow off for Bennington Battle Day. If you are a state employee elsewhere I bet you are wishing your state was Vermont right about now! 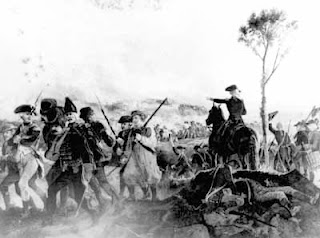 But T and I are well matched running/biking partners in other ways too.   T is somewhat afraid of dogs due to a childhood incident. So I have been the shield more than one time between her and a dog that appears dangerous.  T is the type of person who always thinks of others first except when a dog is in the picture. If she is feeling danger she does not hesitate to put me in front of her which tells you something about how much dogs frighten her.  Now T does own a dog and loves them so I am only talking about threatening dogs.  They don't delight me either but I do my part to put my own fears aside and protect T.  The last two days we have come upon the same dog which doesn't live too far from me.  It has never been a problem in the past but for some reason it now ventures out in the road and gives us his best growls and threatening manner. It is working!  T cowers in the background while I have been throwing it dog biscuits.  I think the treats are working and soon this dog will know me as that friendly athlete who gives it biscuits as I pass by! At least that is what I am hoping.

We actually went by this dog twice today but that is not the only thing we went by twice and here is where T was the hero!  Right after we started out today I passed my first snake of the year!  I screamed like the girl I am and raised my legs (I was on my bike.) T didn't know why I was screaming and at this point we were well by. I wasn't sure if it was alive or dead but if it was dead it was a very recent road kill.  So we continued on our ride and covered a wonderful 15 miles!  It was mostly hilly but today was another gorgeous day here in Vermont, cloudy and cool, just right for biking!  After we got back I said I wanted to try running.


(We ended up just going a mile as my heel was hurting. I guess I am done trying the running thing for now but I am worried about my relay in two weeks.But today I listened to my body. Yeah, me.)


BACK TO THE SNAKE
But as we started out guess what we passed again?  Yes you know what is coming. Did I remember it would be there?  Noooooo! And obviously it was dead as it was in the EXACT same spot.   I screamed again but even louder as I was closer to it on my feet. T screamed too right along with me even though she didn't know what I was screaming at. But I screamed so loudly she must have figured we were about to be killed or something.  Then we stopped and I said, "Man I am going to get sick of going by that snake or something to that effect!" So T turned around and removed the snake to the bushes off the road so I wouldn't have to keep seeing that snake as I went by. That is being the best training partner you could possibly be! 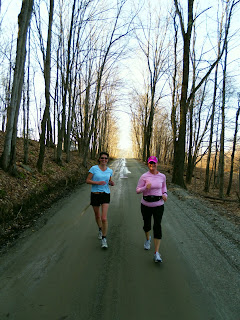 The BEST Training Partner Ever
Same road as yesterday's biking picture, obviously earlier in the year
Posted by ajh at 9:50 PM

OMG, that is too funny. I've read the screaming paragraph a couple times and laughed harder each time. LOL! I can just hear the screaming!! I hate snakes that much too.

Sounds like a match made in heaven! Glad you found each other.

I think she compares to my Bob! And the snake thing was hilarious.

You are both so lucky to have each other! Pretty funny about the snake - I see dead ones fairly often and I scream like a girl, too!

I enjoyed this post. You two are lucky to have each other as training partners. I hope your heel gets better soon. Take care!

What a great relationship the two of you have! Love that she's biking with you...you're doing great on the bike mileage!!

I'm laughing right now at picturing you and her screaming together! She IS an awesome training partner!

Great job on the biking - the running will be there, it's good you're listening to your heal ;)

This is such a cute and funny story. You are BOTH lucky to have such a wonderful running partner!

Icky ... snakes! I too would have screamed like a little girl. Good thing you had T to take it off the road. Pretty sure I couldn't do that.

I think I'd pick your dead snake over my little critters last month .... I came around the corner at dusk to find two living skunks that appeared to be in some sort of Disney kissing love affair with each other. They didn't seem too happy to have me interrupting. I didn't feel too happy seeing their tails up and backsides aimed at me! (For the record there was no spray. Phew!)
I like that road you're running on in that picture!