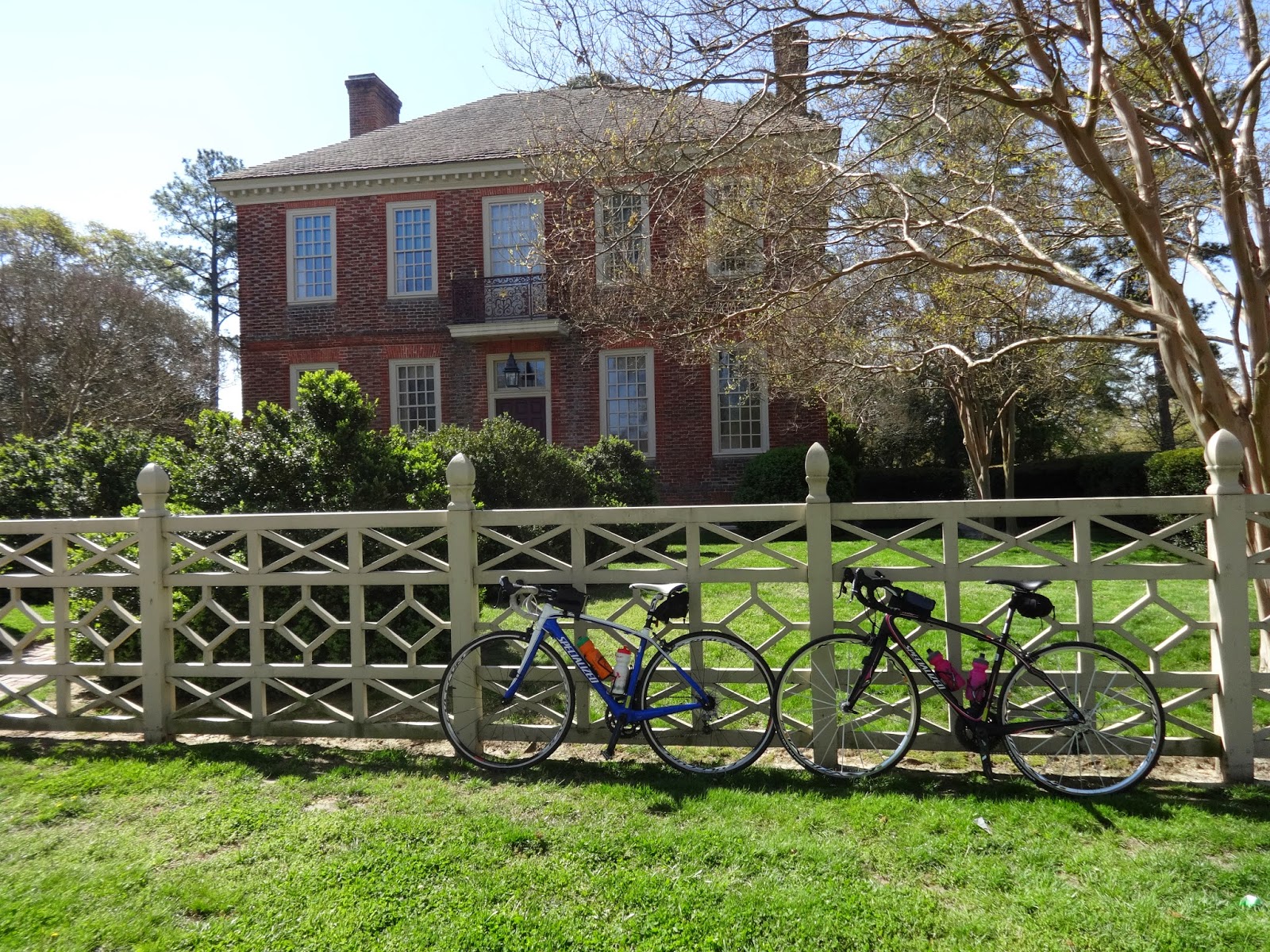 This actually wasn't supposed to be the last day but the three of us riding in the van decided to come back a day early.  I surprised myself by being completely okay with it.  There was no great ride I was looking forward to on Friday and the idea of an extra day at home before going back to work was very appealing.

Thursday the other 4 did a century ride. I knew fairly early in the week I was going to opt out of this and I never regretted it.  I didn't feel ready for 100 miles especially after lots of riding and running for the four days previous. I knew I would be holding everyone back and there would be a lot of waiting for me over 100 miles.  Plus I was looking forward to a day on my own!

I decided to get my last long run in, 12 miles, first.  It wasn't a terribly exciting route but it worked.  When I got back from that I went on line and relaxed for quite awhile.  Then I went out for my bike ride.

I went back on both bike paths from the first day that I liked so much.  Plus I knew the way and would not get lost. There was no major traffic either. 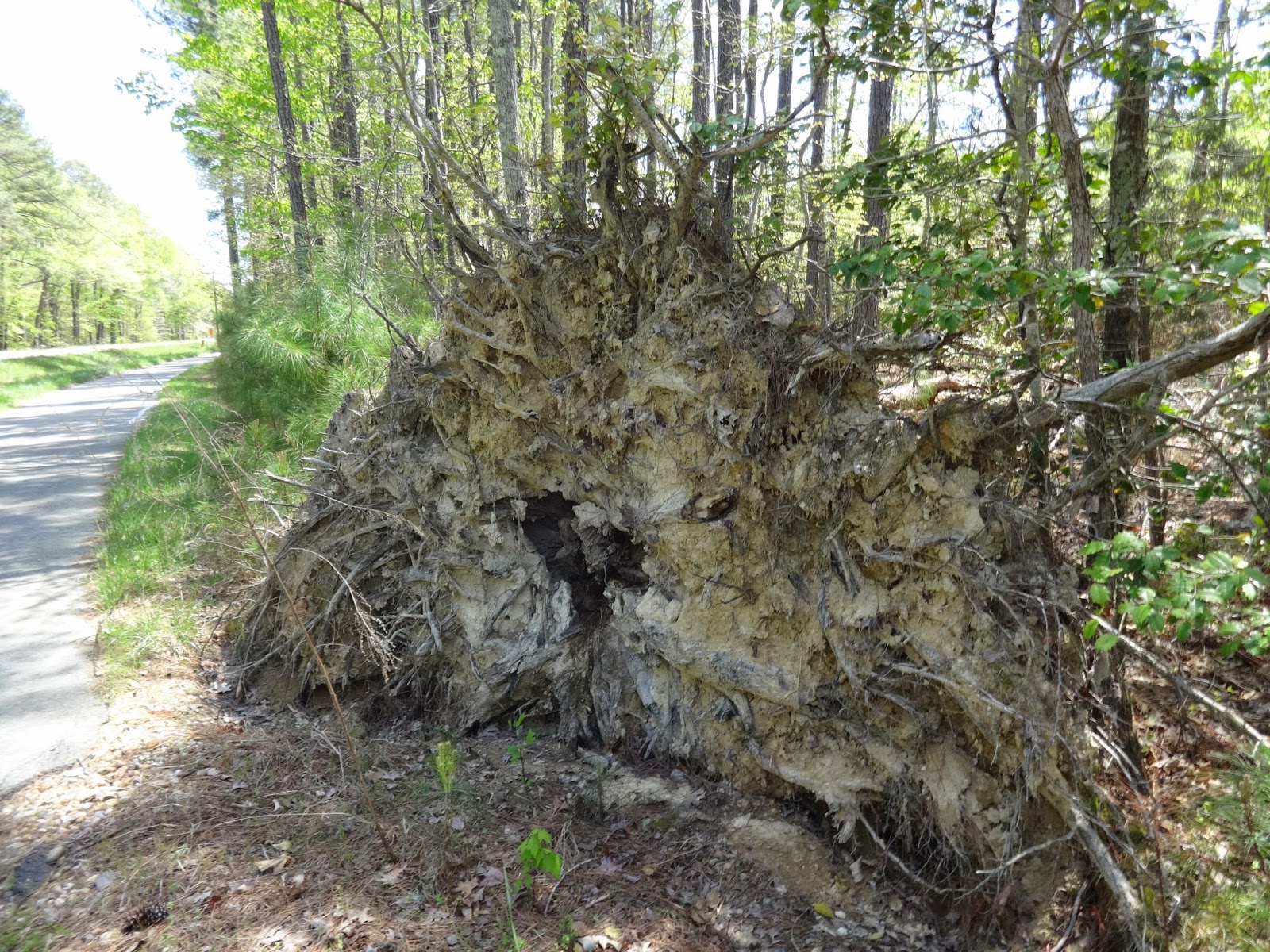 Just a tipped over tree  I found interesting. 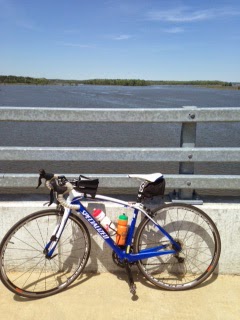 Stopped on the bridge - a really cool bridge
to ride on.  The picture below is from it. 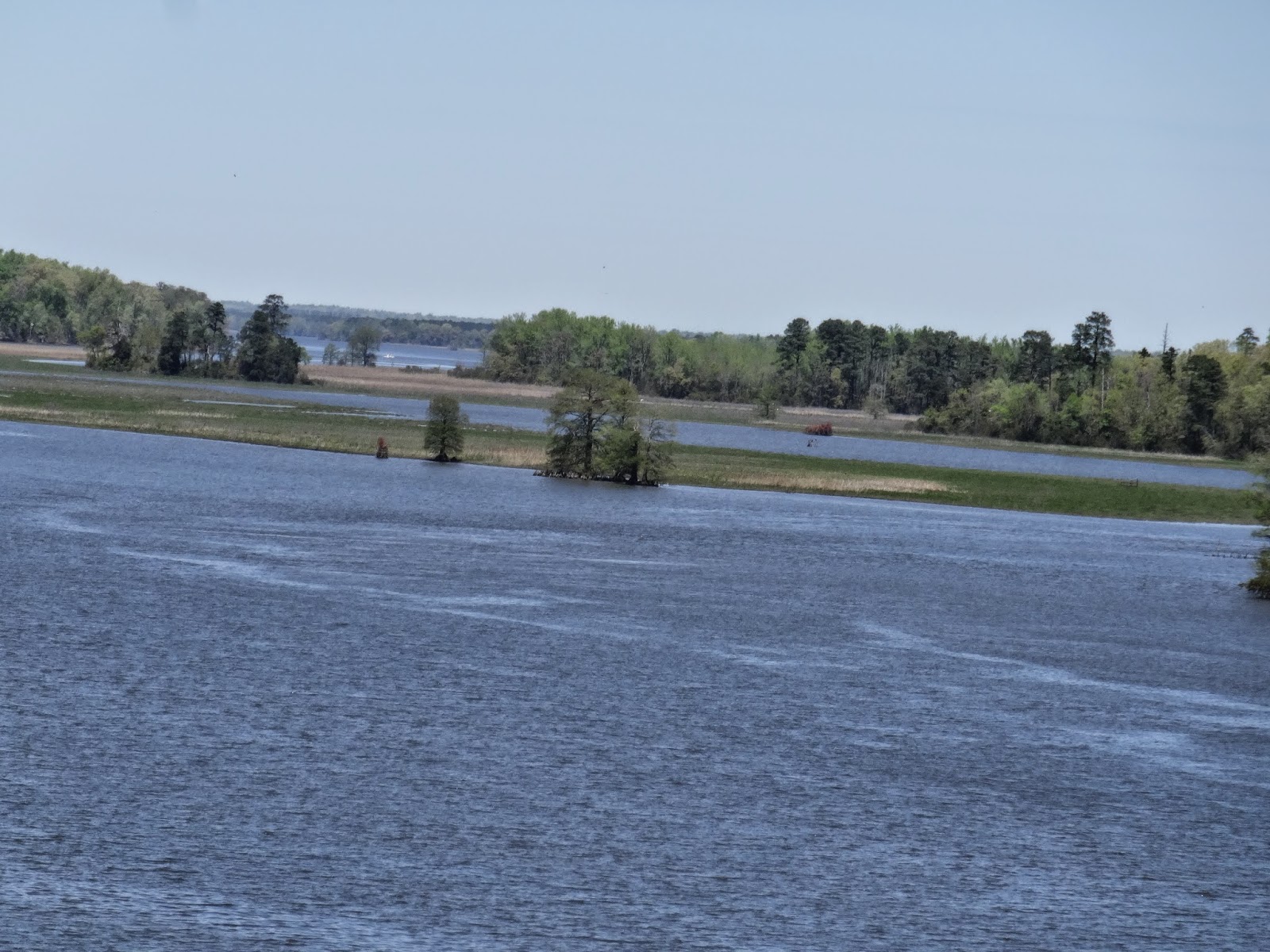 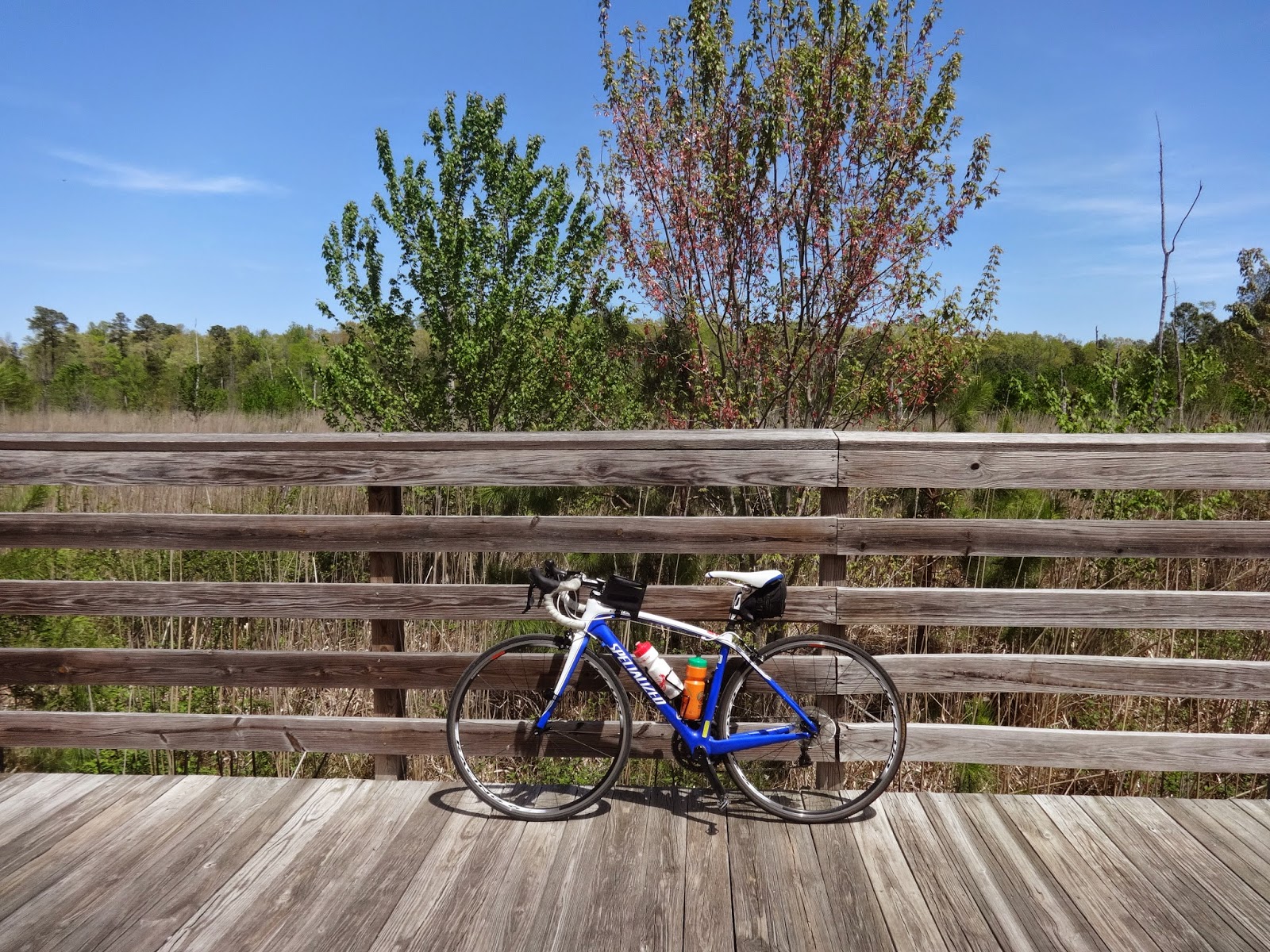 This bridge is on the bike path to Jamestown and is probably
my favorite bridge of all.  It's in the middle of a bird
refuge and there are lots of paths that go off it. 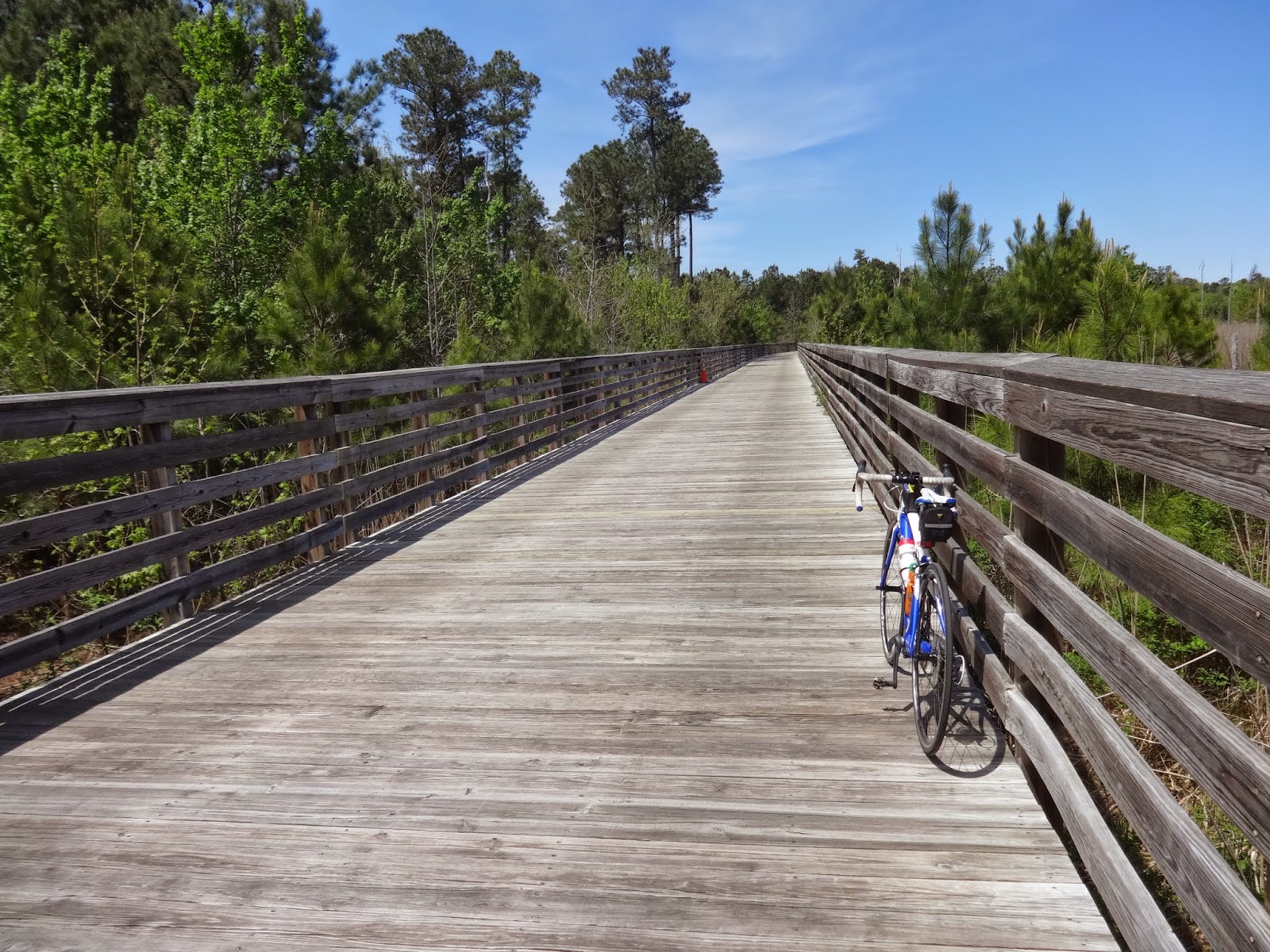 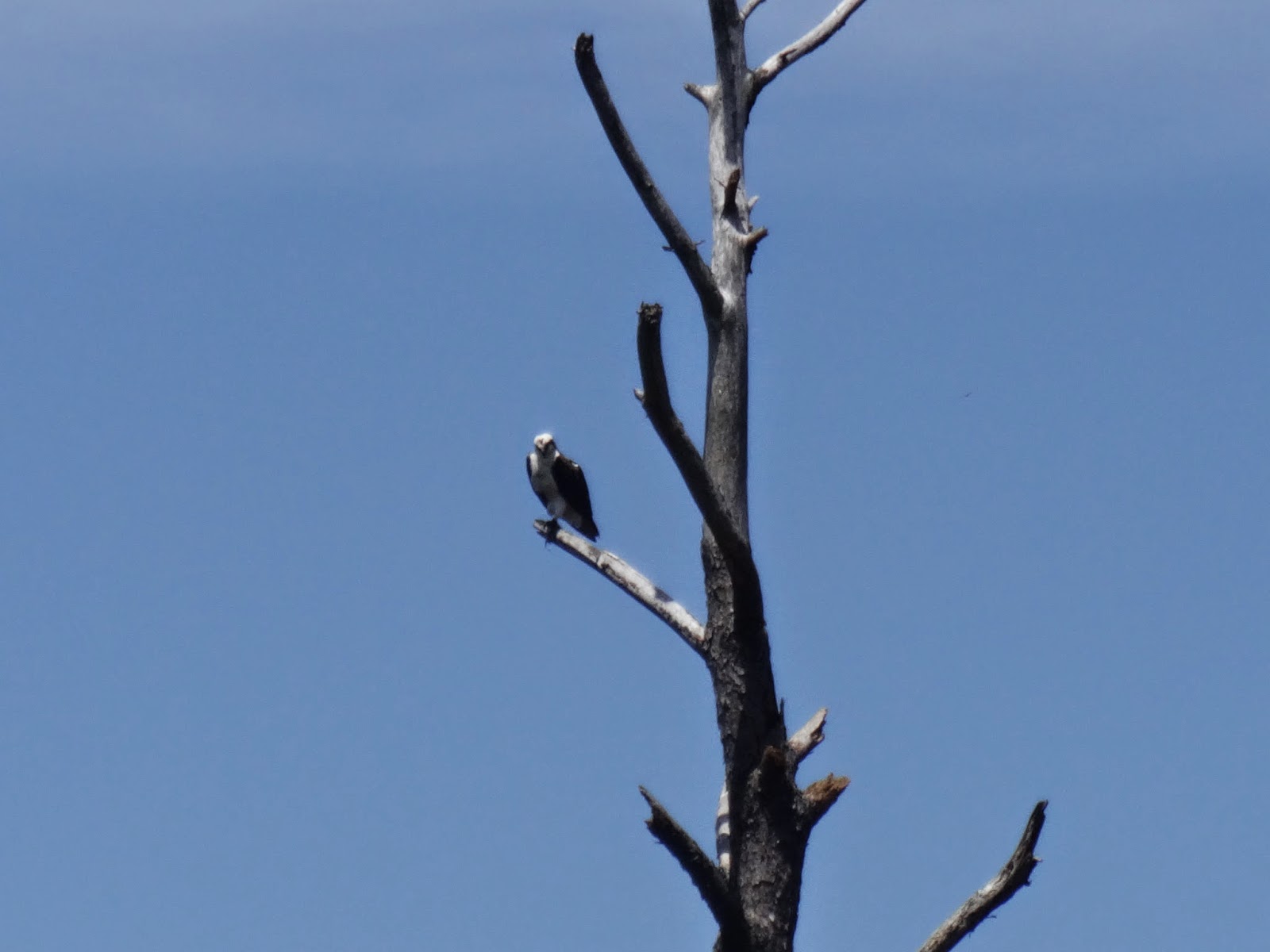 Once I got to Jamestown I continued on and just looked up and saw
this eagle. I knew about the nesting tree but this one was a delightful surprise. 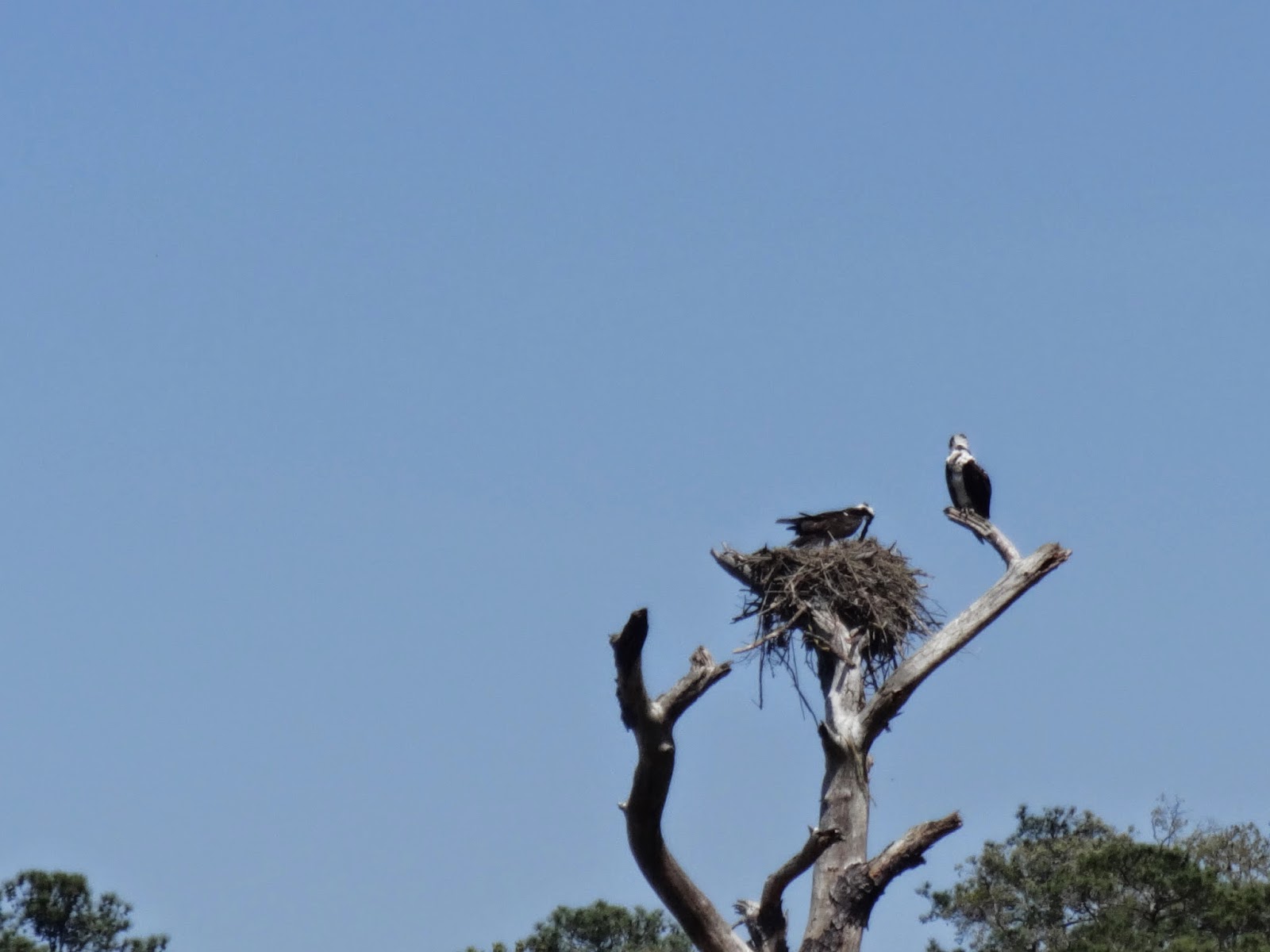 This is the nesting tree on the Colonial Parkway. Of course
I went there on my solo day. 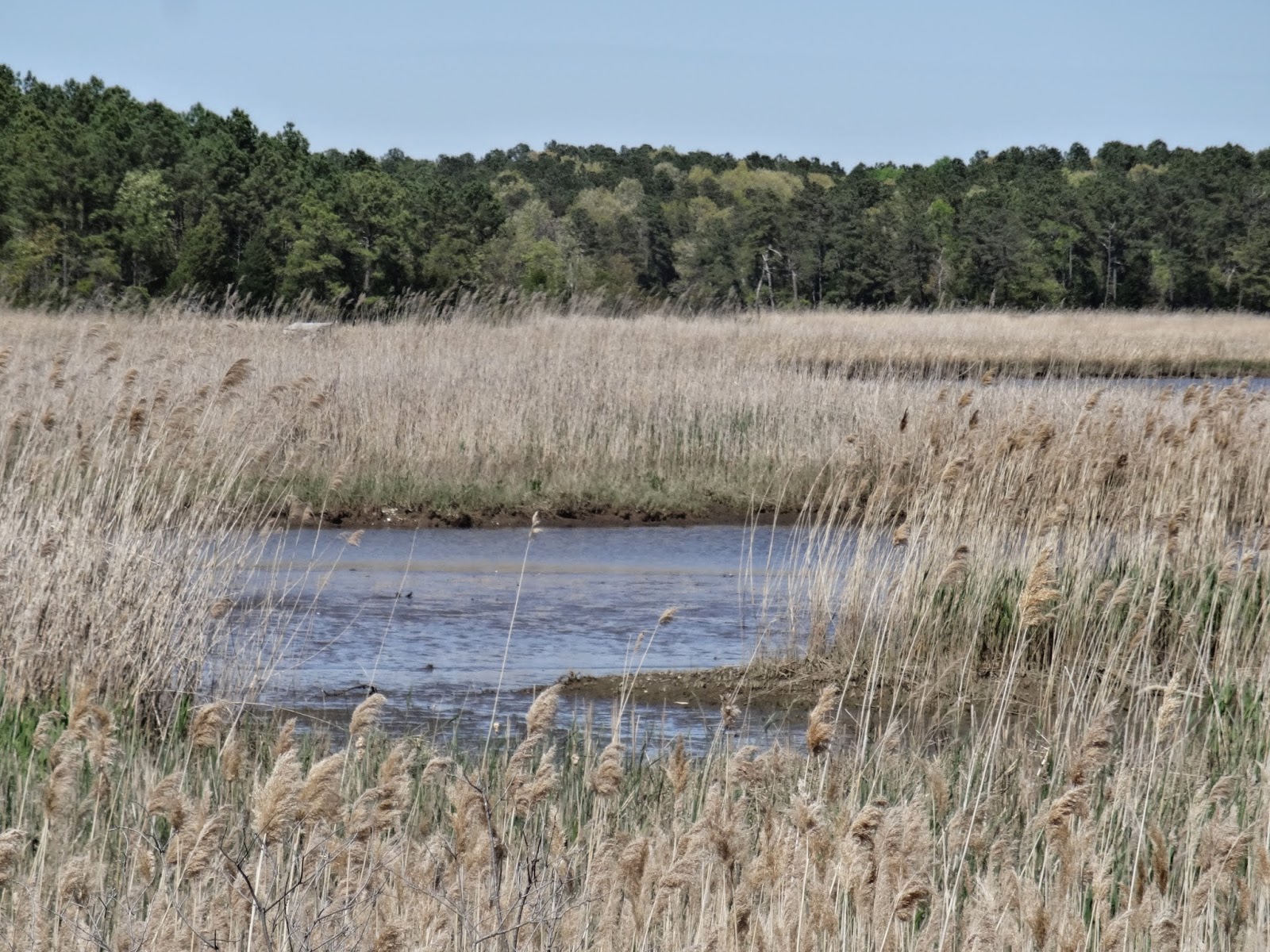 On the Colonial Parkway

I wasn't sure when everyone was getting back and I felt a bit tired from my 12 running miles so I only biked 34 that day.  The four who did the 105 were thrilled with themselves as they should have been!

It was weird to be with non runners on Boston Marathon day. I didn't watch it but I was checking on my phone and telling everyone updates all day whether they wanted to hear them or not. I felt a bit teary off and on and was determined I would run before the day was over.

I collected license plates.  I saw 44 out of 51 in this short time.  My friends liked looking too.  They could tell me about one but I couldn't count it unless I saw it. When they were riding the 100 they saw Arkansas which I never saw and one guy saw Kentucky which I missed.  BUT I saw Hawaii, for the second time this year!! That one is pretty momentous for sure.

I am going to include a picture of the bike lane.  It was on many roads and you had cars on both sides of you.  It felt surprisingly fine. 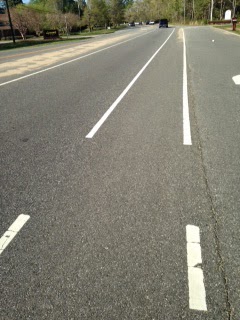 This week back at home I am back on hills and man has the wind been tough. I was so tired last night after riding 26 miles.  Now it's raining.  Ugh.  But things are much worse in other parts of the country so I can deal with it for sure.

Wow! Sounds like a great way to wrap up your vacation! We played the license plate game when we were out west two years ago and we never got Hawaii but we were super excited to get Alaska.

What a great vacation!

sounds like a perfect vacation for you. I would have been disappointed coming back early, tough.

Most excellent pictures - per the usual!

You've been putting in some serious miles. I'm almost sedentary during the week. That needs to change.

I love your pictures, especially that bird sanctuary bridge. That looks like a fantastic place to ride.

Have to say, "Love the eagle". Great pics thanks for sharing! And whew that's a lot of miles!

237 miles makes me wince a bit thinking about how hard it is on the undercarriage. I've only ever done fairly short rides and have always suffered a bit of pain for the next couple of days. It's lucky I didn't choose to be a l'lady of the night' because I wouldn't have lasted long in that profession.

Sounds like you had a great vacation with a perfect day of your own before going home.