When Is A Goal Stupid? 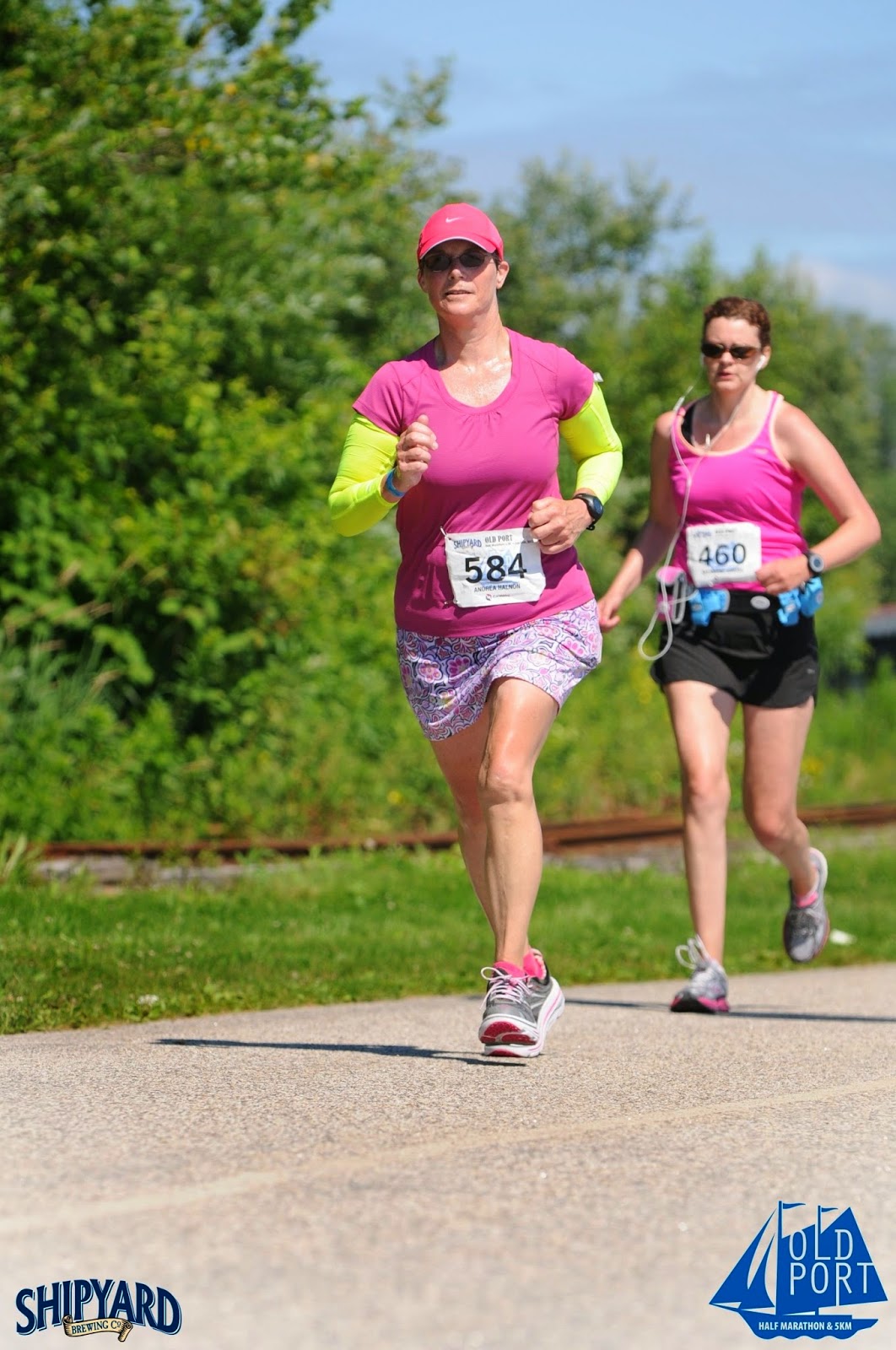 This  is from the Shipyard Half last year. It was one of my worst
races ever due to the heat, but if I was going to be around for it
this year I would have signed up again. I do like racing. But....

I pride myself on meeting my goals, particularly my fitness goals.  Once set, they are 99% of the time met, barring injury or unforeseen circumstances.

I am struggling with a goal I have right now although I have pretty much made up my mind that I am not going to meet it although it would be possible to.

The goal is to do a race every month. I set this goal pretty much every year. Why? What is it I like about this goal?

It isn't to get me to race more as I race a decent amount.  I generally race between 14 and 22 races in a year.  Closer to 20 is the average.  So that is already more than once a month.  I think when I first set the goal I liked the idea of being able to say that I raced at least once a month.  One thing I definitely liked about it was doing new races.  There are some very sparse racing months in Vermont which has caused me to do several races in states nearby. I like that.  Doing a race a month has forced me to do several new races.  So what is the problem?

April was already going to be a hard month to race. I did not sign up for the half marathon I generally do in April.  Last year I did 5 or 6 halves and I got somewhat sick of them.  I don't mind doing them but the time involved in training interferes with my biking!  And that's why I decided to do less.  Plus last year at this particular half I was annoyed at no bathrooms. It's the small but not so small things.

I am going away in April and will be gone for all of one weekend and most of the next. So those weekends are out for races.  I did find a race for tomorrow but since I signed up it's been cancelled.  I don't want to spend time or money traveling to a race right now.  If I find one close I MIGHT do it but I just might not.  I have a lot to do to get ready to go away and just all the junk that keeps life running smoothly.

PLUS here is the silver lining ...........tomorrow looks to be a quite nice day so instead of racing I may just be on my bike for my first ride.  It depends on the snow melt and temperatures because the roads have been pretty slick with ice some days after the melt when it gets cold again.  But I am going "south" a few miles and it is an amazing difference.

I need to get some bike time in because this vacation I am going on is ALL ABOUT BIKING!  I am going with a friend I work with and 3 people she bikes with on a regular basis. They are all much faster than I am. I need to get some time in the saddle.  I am guessing we will ride at least 50 a day but it should be flat!

Did I say the vacation is ALL ABOUT BIKING!!!!  (I will do some running but I am thinking that will  be a solo activity.  I do love to run in new places and I need to keep up my mileage at least to an extent.) This is obviously not going to be a lazy vacation but it will suit me to a t.

If next weekend is similar to tomorrow I would rather ride my bike than fit in a race.  Plus I am still training for a half marathon in May and do need to fit a long run in.  I seem to be talking myself right out of racing.  To just do a race to say I did one seems stupid. End of my rambling thoughts! 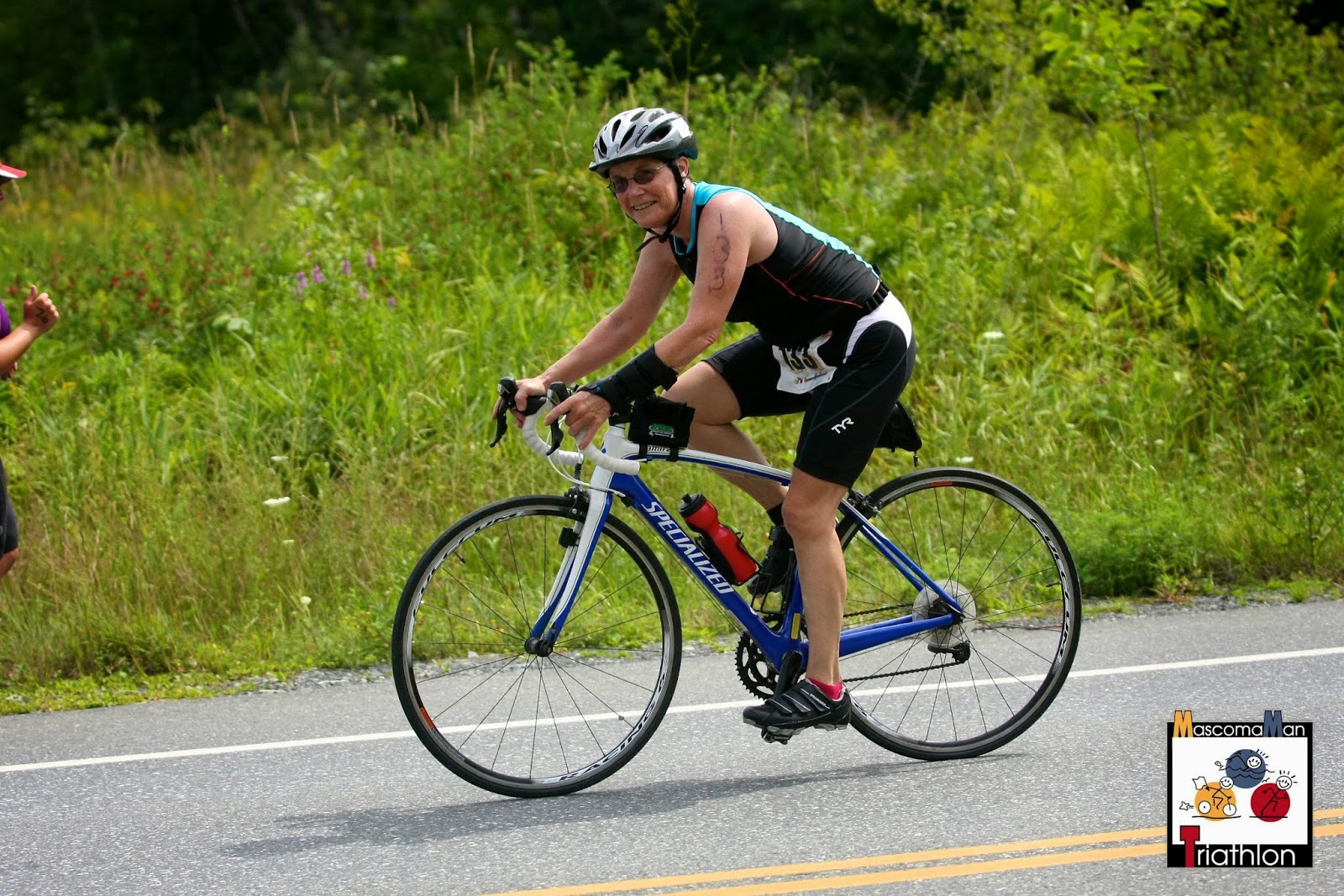 I need to get ready for my favorite type of racing!!!!!

I am the same goal but injuries always get in my way. I say forget the race and bike. Do one of those virtual races during the week. Some give a metal. So it counts as a race.

Great goal! I too would like to run a race a month. In March I ran two races and I have planned to run a 12km race tomorrow. I don't run any race in August because of the warmer weather conditions.
Have a nice weekend!

Your biking adventure sounds amazing! If biking is what your prefer, I wouldn't hesitate to do more of it.

Do what you love!

You could always do a home grown race in months you don't have an official race.

It sounds like your goals are shifting and changing...and since they are YOUR goals, that is perfectly fine, right?

Listen to your body. Maybe there's a reason your supposed to be biking and not running at this time.

I always have plenty long term goals but the past few months I've missed all mine. Even so, I just keep on planning and have a nice plan with many goals for the next two to three years already. Enjoy the biking!

Due to weather circumstances you might not meet your goal. I would adjust it to a number of races you want to do this year.

And how cares you miss a race in April: YOU CAN BIKE AGAIN!

Ahhhh that vacation sounds WONDERFUL. I'm jealous...but happy for you!

I'd say a goal is stupid when it makes you unhappy. Your heart is with your bike, so why run a race just to run one?

Maybe you could do two races in May or June to make up for missing the April race. Seems like the biking would be more up your alley and hey, I firmly believe that we got to do what we love, otherwise the fun starts to fade away!

There is a school of thought that you should not always meet 100% of goals, and that if you do, you have set them too easy. This year I have set myself some goals that I am unlikely to achieve, but they should motivate me to push myself as hard as I can to get close to them.

I am jealous of all your biking - enjoy!

Sometimes goals/priorities change and that's ok. If you get in your normal # of races it still averages out to at least one/month? That totally counts ;)