It's still the beginning of vacation week - what a great thing to be able to say! 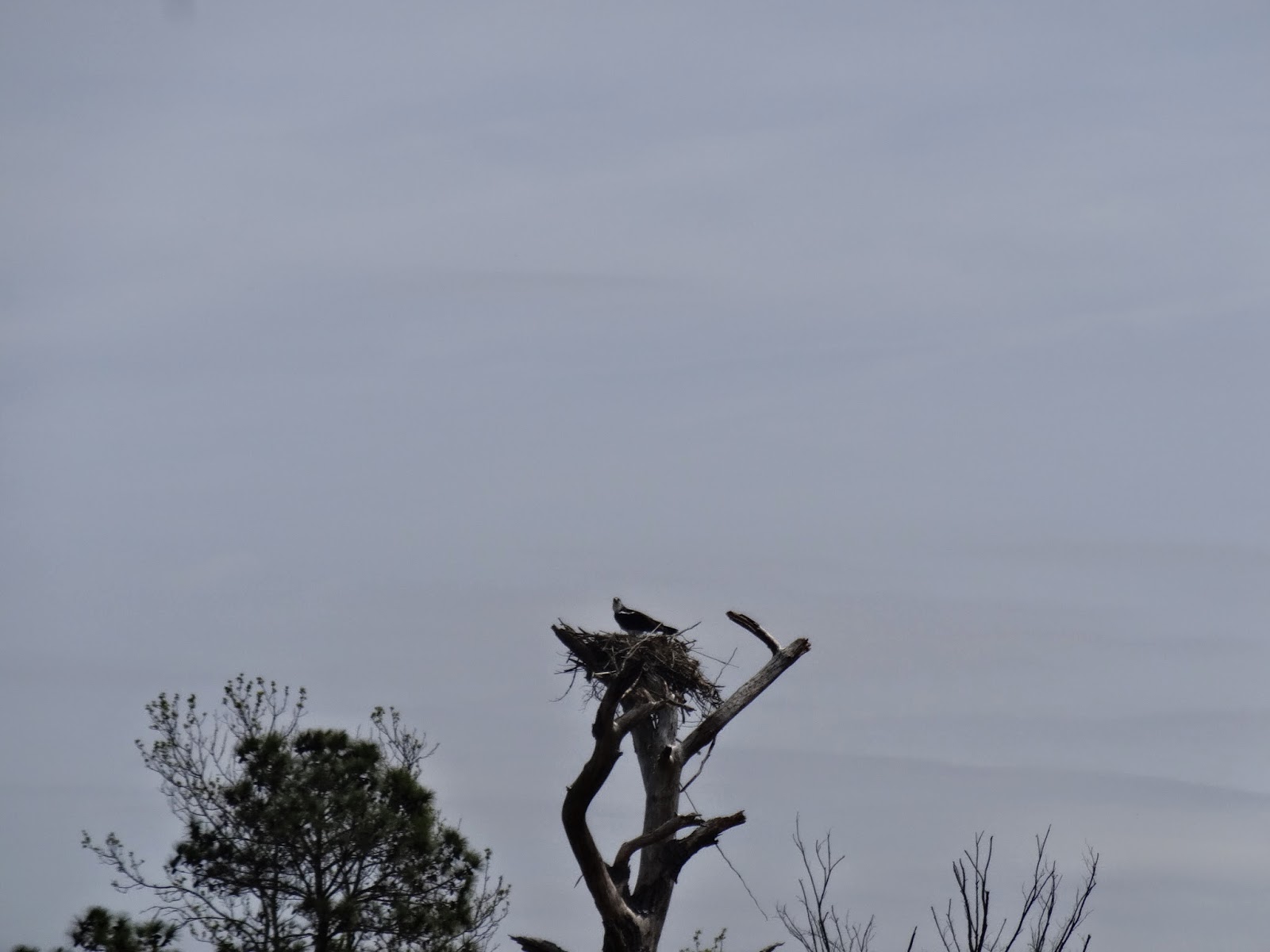 Not a great pic but the nesting bald eagle was quite cool.

I'm in Virginia biking with a group of friends.  The ride down was the most tiring thing I've done so far. I took several naps - obviously I wasn't the driver.

We have not had much luck following a map but our rides end up being great. The first day we had two rides - with a little lunch break at "home" in between.  The morning ride went through Williamsburg and Jamestown. 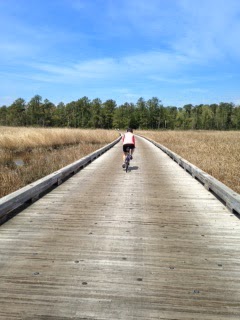 Loved loved this bridge through the Jamestown Plantation.

We are studying Jamestown/Colonists right now at school so it was especially awesome.  The wind was incredible though - not in a good way.  We saw two bald eagles!  Yes!

We rode along a very bumpy road which I was one of the only people to like. I didn't like the bumpy road but the scenery made up for it!  We saw two bald eagles and have actually been by again to see two babies in the nest plus some soaring overhead.

The bike path that we went on in the afternoon had many many bridges with one long curvy one that I loved. 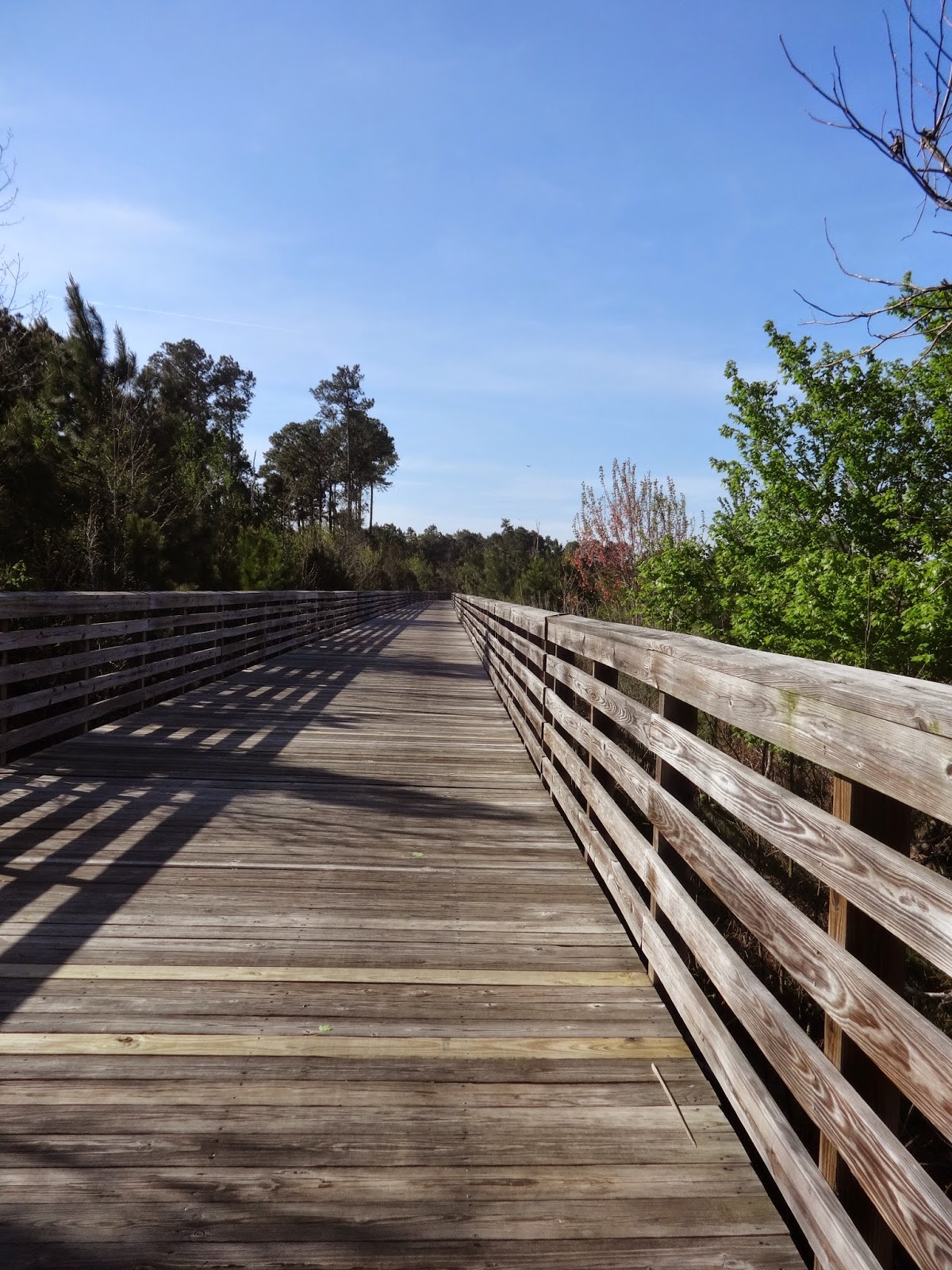 The second day was a ride on more back roads with more hills and resulted in two falls and some flats, luckily none of them me.  I managed to muster enough energy to go for a brief fun when I got back but calling it  a run is generous. 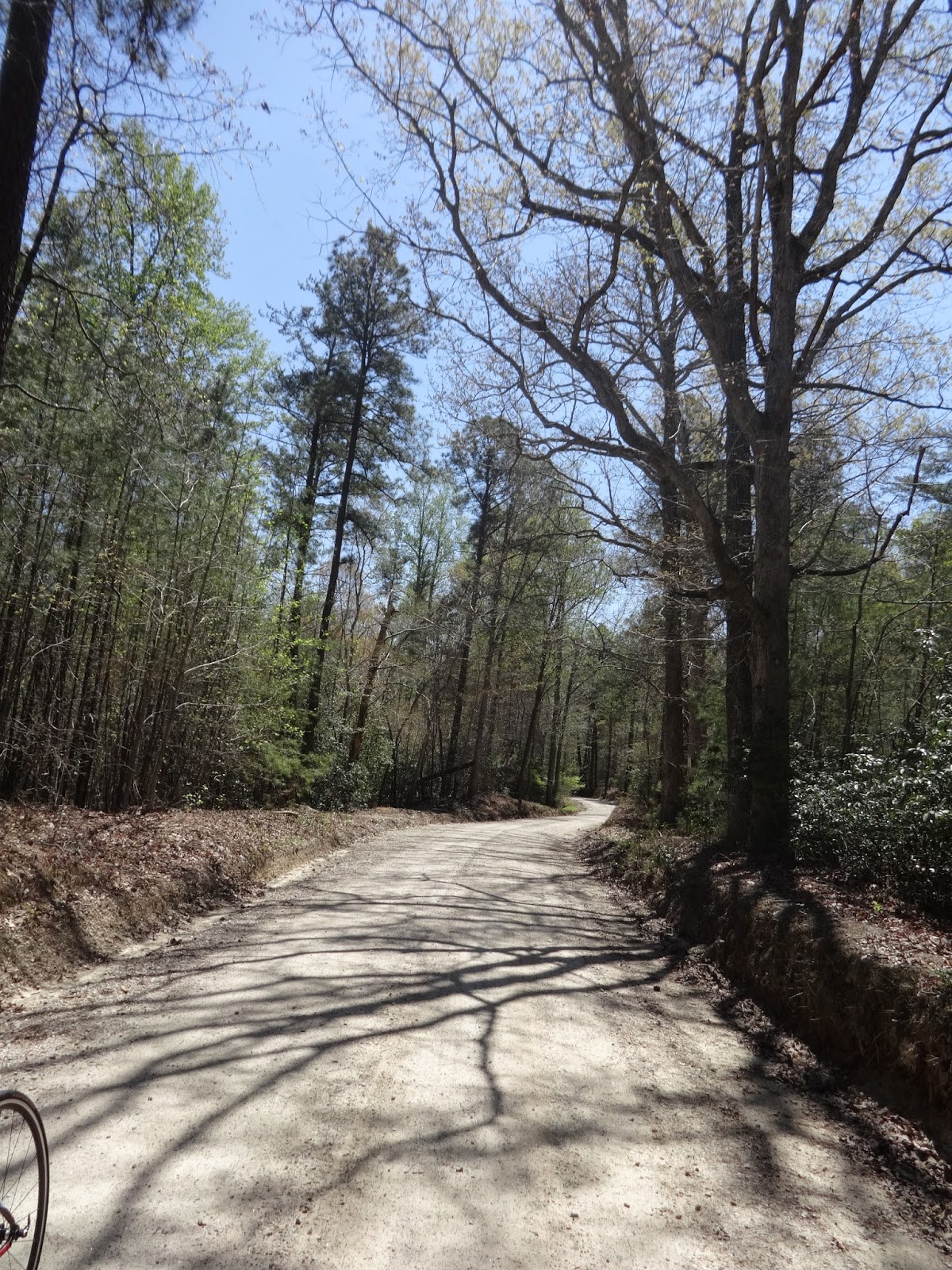 It was very scenic and quiet during sections of the second day. 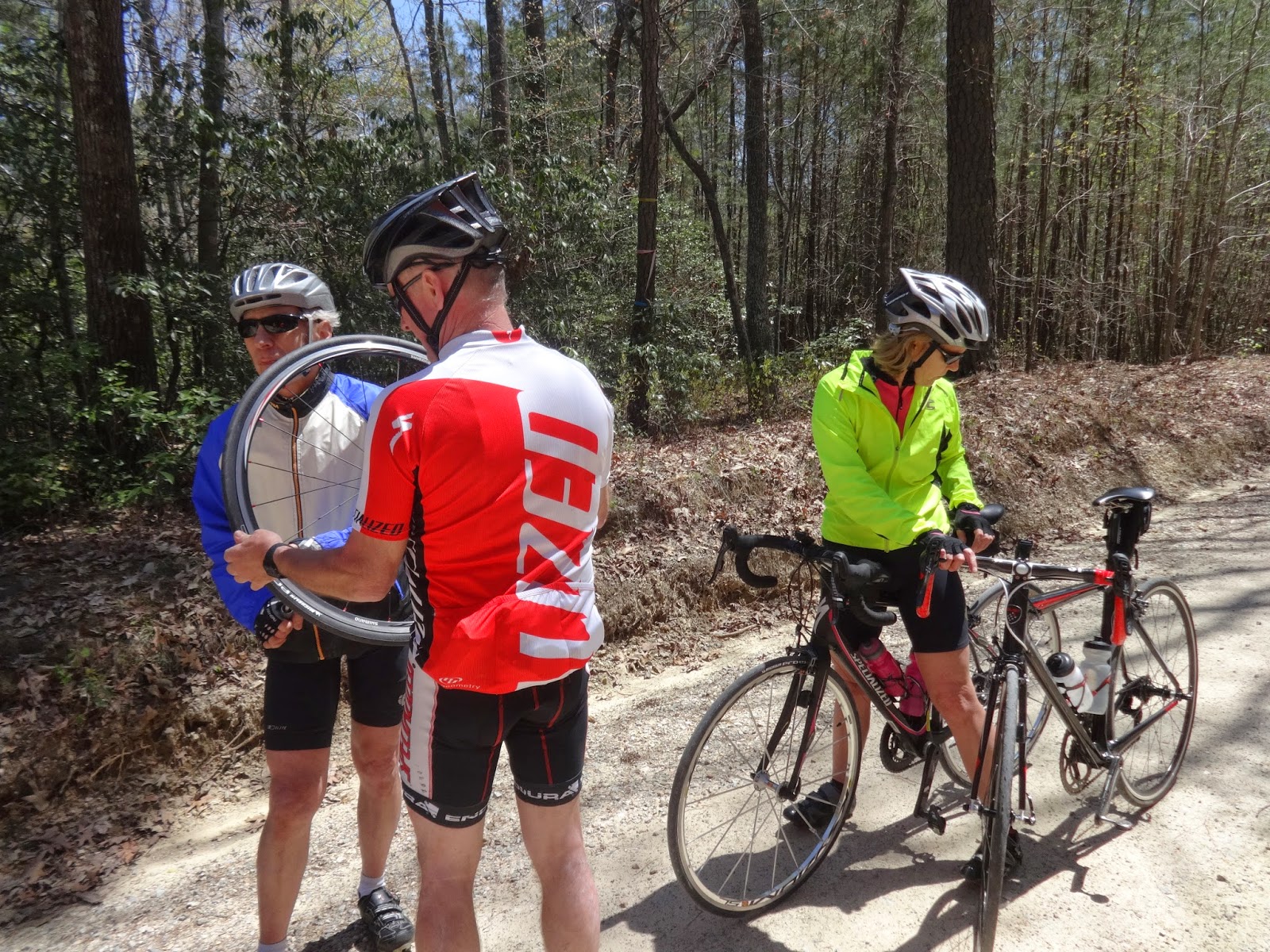 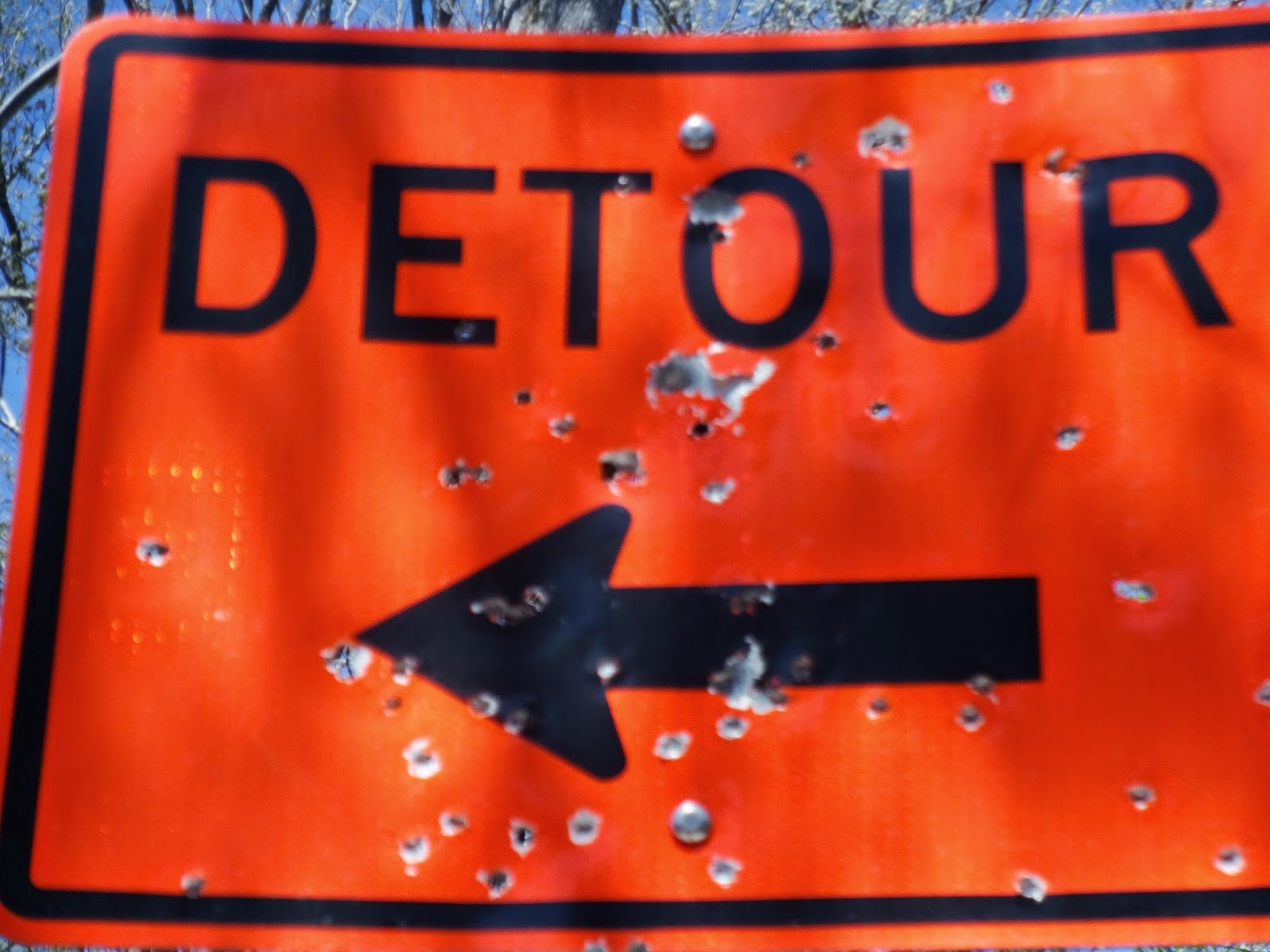 A bullet ridden sign does not fill you with confidence when you
are riding between posted lands of two gun clubs.  Not a great
place to get lost. 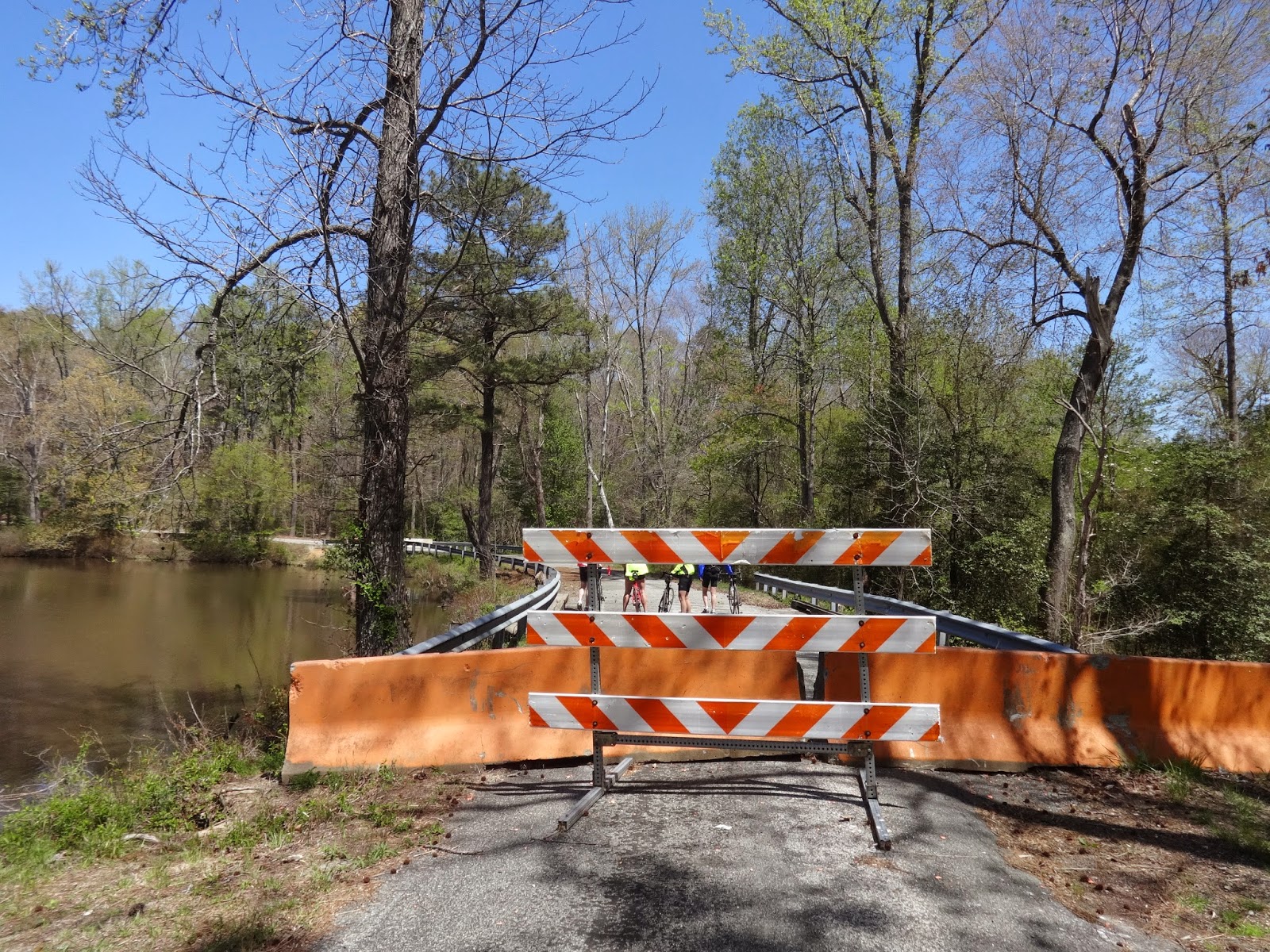 We climbed over this and kept going. 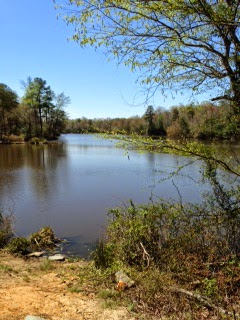 This I assembled for an Instagram contest of a run on a different route. It was easy to do a new run since I was nowhere near home. 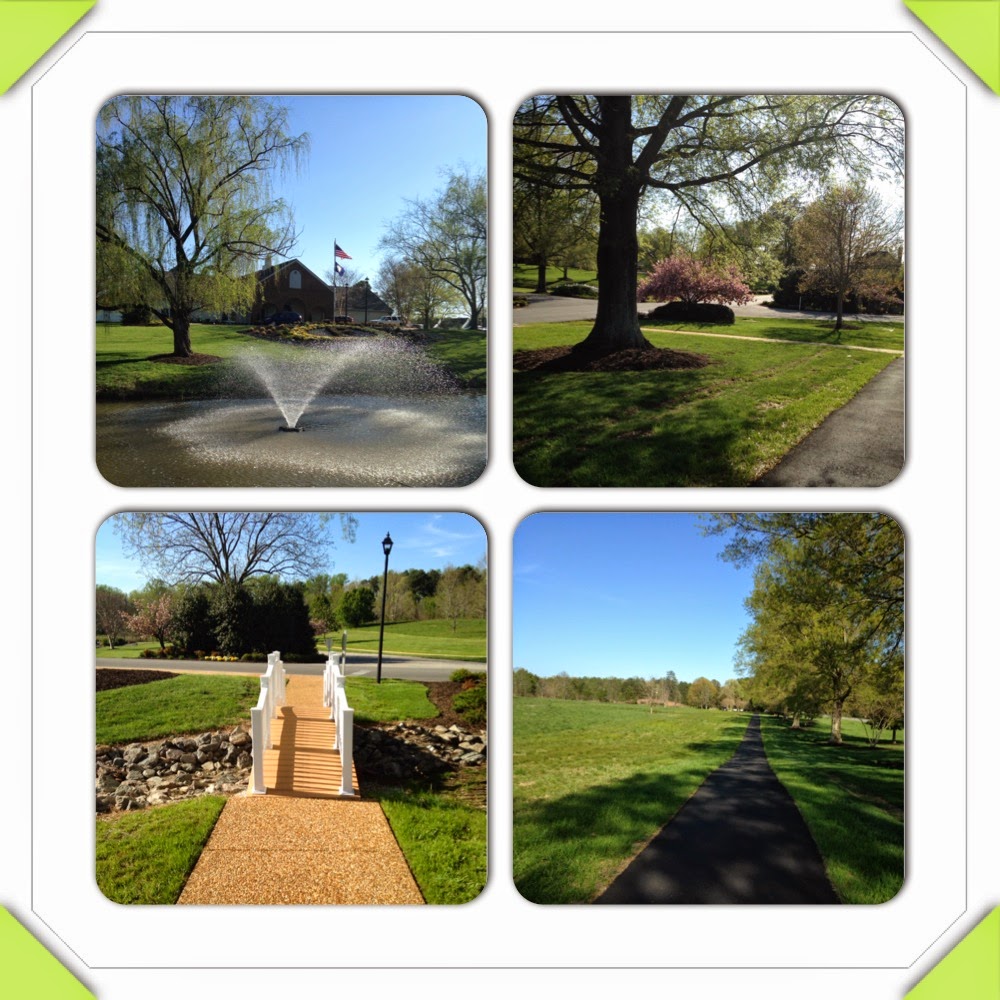 Not my usual sights.  THe first day I biked 62 miles. The next 51.  (It has been going down each day.)  I ran 4 on the second day.  The third day was my low point in tiredness and attitude but yesterday was outstanding.  I went for a run this morning and am catching up a bit and then I am going out for a bike ride. I am loving a day on my own!  My group is doing a century. I didn't feel ready for it and dreaded the idea whereas having my own day is very enticing. So off to bike!

sounds awesome. maybe it will be spring when you return. here it has been spring one day and winter the next.

Such a beautiful area!!! My son is a freshman at William&Mary and I love going to visit - ran a half marathon there in February...would love to do a bike trip there as well -- enjoy it!!! Aromas in Williamsburg is the best place to get breakfast/coffee by the way...

Oh, what a great trip you're having!

I HATE headwinds. Not such a fan of crosswinds, either. Ugh. Hoping to up my mental toughness on those, but it hasn't happened yet.

So glad you're having such a great time. It looks beautiful from your pictures, and new routes with fun friends are the best!

Sounds like quite the adventure! I haven't seen bald eagles in the wild since we were in Alaska. Very cool!

You are certainly having an awesome time! You do love the bike, don't you... The weather looks great as well. Enjoy every moment, you deserve it.

Sounds like a perfect vacation with great weather! So glad you had a good break!

So glad your vacation is turning out well. Lovely paths to bike and run on. I love to run on boardwalks. We have them here at the beach. Look forward to more pics.

This is just your type of holiday. Running and biking and taking gorgeous photos. The compilation you did for the competition is lovely - I'd like to run there.

Wow! Gorgeous - looks like a great place for a vacation (except the detour through gun country, that is)

Our family stayed in Williamsburg and visited Jamestown years ago. Fun memories! Have fun biking!

Vacation couldn't be more perfect for you than this is. Happy for you you are having such a great time.

Super late as alwys but enjoyed seeing your vacation pics on IG! Such a beautiful area! I love that you had such an active vacation.