What Makes One Run Horrible and A Similar One Just Fine?

I have often wondered why one week a run is just fine and the next week the same run is horrible. Sometimes I can pinpoint the reason and other times I can't.

Let's look at my last two long runs.  One was 10 miles and the other was 11.  So the difference in distance wasn't great but the 10 run was a great run and the 11 mile run was painfully horrible.  When I finished the 10 mile run I had all kinds of energy the rest of the day.  The 11 mile run's end found me bent over not sure if I was going to throw up in my kitchen, the bedroom and even the shower. Before I could continue my day I needed to lie down for a bit - with my hair still wrapped in a towel from my shower.  Not dressed and cold........didn't matter.  My husband asked me several times if I was okay to which I kept replying yes when that so obviously was not the real answer.

I didn't hydrate for either on the run.  I am MUCH better about this in hot weather.  Even though it was the same for both so not the obvious cause I have to think it contributed and will carry water for my long run this coming weekend.

I was overdressed for this one and don't remember sweating so much on a run in the winter.  It was colder on the 10 mile run and this wasn't a factor.

What was the biggest culprit was the footing.  On the ten mile run I don't even remember  if I wore YakTrax or not.  Whereas on the 11 it was EXTREMELY icy and you had to watch every step for the first half of the run.  I have to think this wore me out very early into the run.  I was counting miles left way before half way which is never a good sign.

So I am determined to have a better run this weekend. I have 12 miles on the plan.  I have no control over the weather but can't believe there will be ice like that again.  I will eat first.  I will carry water.  I'll try not to overdress. (This is a tricky one for me.)

I'll let you know.  Here's to a good long run for this coming weekend for all of us doing one. 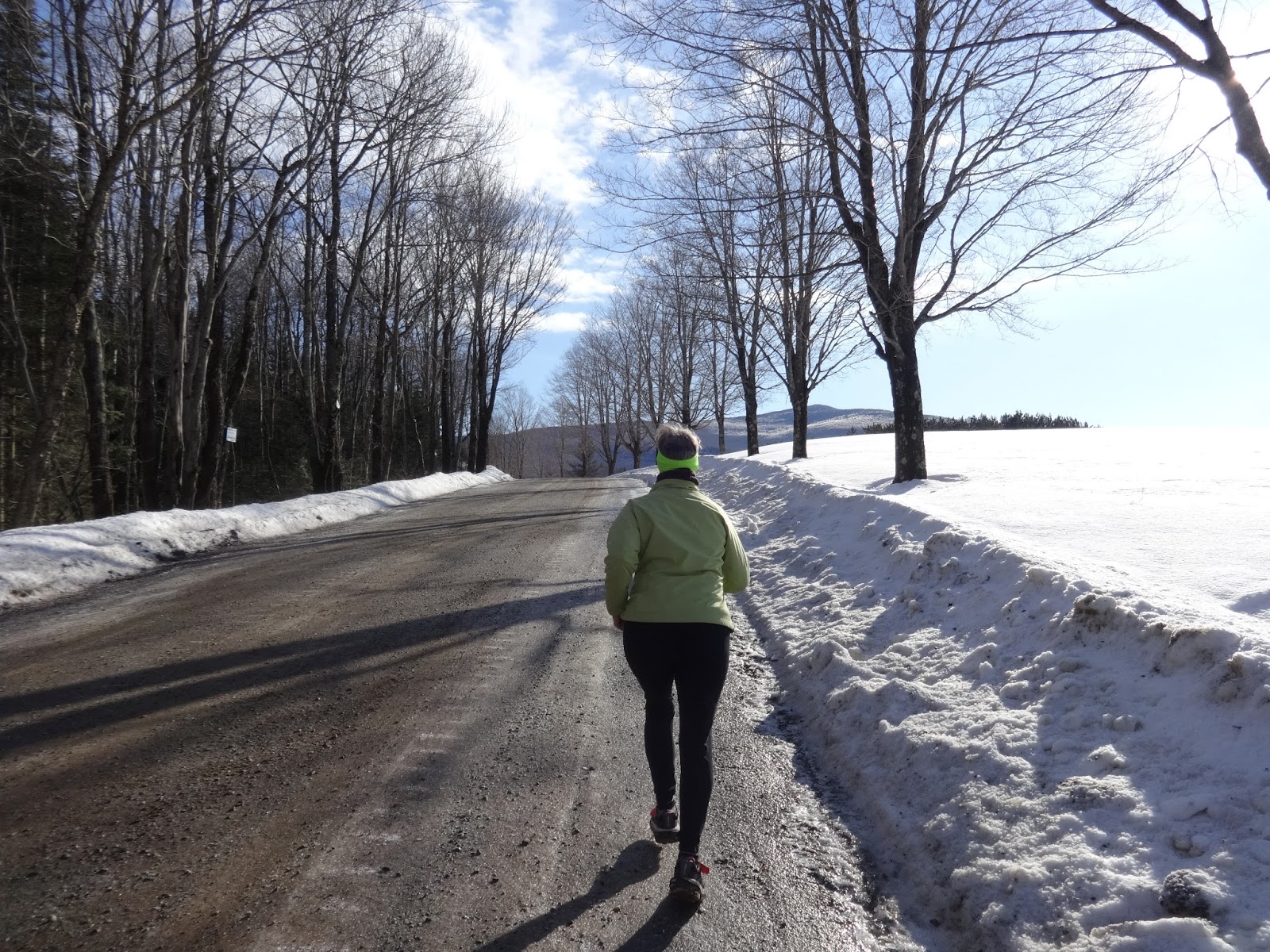 Hope you have a good one. I'm skipping this weekend and repeating my 11 next weekend.

Good luck. Sounds like you pretty much have it figured out.

Hope 12 miles is great. When is your next half?

All I know is that those bad runs make us appreciate the good ones all the more. Here's wishing for a good run for you next time!

Smart to look back at the differences. I'm the same way with having a hard time with hydrating as much when it's cold. That's been a big problem for me on the bike too.

I'm SURE your next run will be worlds better, even if you're just comparing it to that awful 11-miler, it has to be, right?

I think you've isolated the probable causes. It's hard not to overdress the way the wind has been lately. When it's gusting I really need all the layers.

I have runs like that too - where they're just so much harder than they should be and you can't work out why. I go through the checklist - like you've done - tick off what I did well and what I neglected and if there's still no answer I try to let it go and hope the next one is better. I hope your next one is way better to take the awful taste of this run out of your mouth.

Sometimes I just never know why a run goes the way it does. Sounds like you have some good ideas, though. I hope the next one is a good one.

I think you already answered your own question.

But there will always be bad runs, for me it makes me appreciate the next great run even more.

Even after 32 years of running I still can't always answer this question. But you touch on many points that are often the reason. I think if we really take the time to analyze everything around each run we will probably get the answers. It is just so much easier to wonder and just push on. I do find what I eat the night before my morning runs can play a big role.

Have a good one - maybe pick a road without ice this time ;) It is strange how runs can seem the same but the execution is very different. For me, if I have plans to stop by the grocery store or run errands afterwards, it always makes my run off somehow. Weird, I know.

I hope your next run goes better. Good Luck!

I've wondered about this very thing too. Among the factors I can identify are rest days before big runs, a good night of sleep, and fuel. But even those don't seem constant. I suspect attitude is a much bigger factor than I'm willing to admit.