I was thinking about how different the quality is of my various workouts.  Sometimes it's very apparent as to why some are so much better than others and at times I don't have a clue.  But here are my workouts for the week and how I rank them.  1 star is low, 4 stars is the best.

5:15 a.m. Running on the treadmill at the gym. This was a 3 star workout. It went well. I like working out in the morning when I can get myself up. The miles go by much quicker and it feels good to have it done.

3:40 P.M.  Biking  I had an appointment to get my oil changed so I brought my bike to ride rather than sit in the waiting room. The guy at the desk gave me a bit of a hard time about being back in time but I had looked up the closing time on line the night before and knew what route to take.  It was a gorgeous day.  Absolutely gorgeous!  There was still lots of foliage and  I was on one of my favorite routes. I added in Sheep Farm Road because other people I ride on don't like to go on it as it is dirt but it is one of my favorite roads.  I got back to the garage before closing but they were still working on my car. They didn't start it once they knew I was leaving so I had to stay in the waiting room.  I was amazed at the cars they put inside though because the owners didn't come get them.  No wonder the guy thought I might not be back. Ride rating: 4 stars.

Who wouldn't want to ride on Sheep Farm Road? 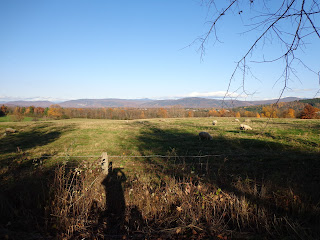 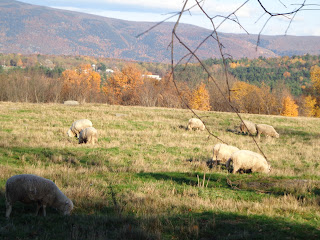 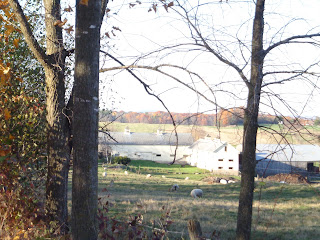 Tuesday: I swam in the morning and it was fine but I felt hurried as I started late.  I'll give it a 2 star rating.  I knew I wasn't working out after school as I was heading to the Flynn that evening to see Brandi Carlile. Awesome concert!  Truly wonderful!

Wednesday: I didn't get up since I got in late the night before and planned to go to the gym after school.  I got there but had not brought any shorts so home I went.  It was actually a nice day and once I got the fire started for my husband who was working outside and told him, no I couldn't fill the wood buckets right now I headed off. As it was I was late and the last 25% of my run got darker and darker and darker. I was not dressed for the dark and had no lighting with me. BUT the temperature was perfect and things were right with my running.  I would give this 4 stars in spite of the poor planning for the dark.

Thursday: 5:30 a.m. I got up and ran in the village as I have been doing many Thursday mornings.  These runs are always tricky as I never get there as early as I want and I am worried about falling in the dark. The other problem is my GI system.  Even if I have taken care of business before I leave the house I always have to go again after about 2 miles.  This had caused some rather uncomfortable morning runs. I have now found a clean public bathroom that is open at between the 2 and 3 mile mark so these morning runs have improved. I'll give it 2 stars but nothing more.

5:00 P.M.  I took a planned bike ride once I got home. I really wasn't feeling great plus I felt tired but being who I am I went.  I only planned to go 10 miles, the minimum miles I think it is worth heading out for.  I was overdressed as I was a bit chilled but it worked.  It was a nothing special ride, just okay UNTIL I went by the beaver dam.  I glanced over and there was a beaver swimming toward the road.  It took me awhile to get my camera out and then there was the old tail slap and he disappeared.  But I waited and very shortly he came out and swam and swam and swam.  But it is not easy to get a picture of a moving beaver.  I watched him until I got another tail slap and then thought I better keep going so as not to get caught in the dark again.  Beavers fascinate me and I always like to watch them so that brought this ride up to 4 stars!

My attempt at getting pictures of the beaver. 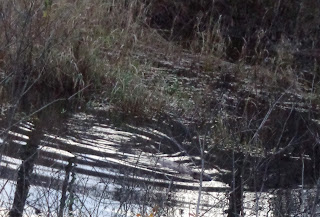 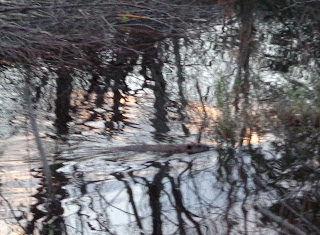 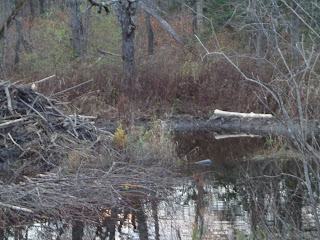 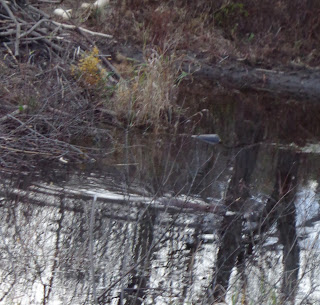 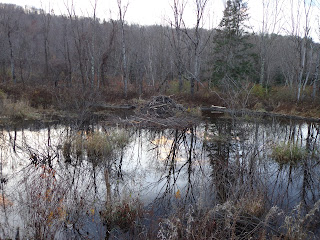 What makes your workouts worth 1 star vs. 4 stars?  Here's hoping you have some 4 star workouts this weekend!  I am planning on a 4 star ride on Saturday!

I had a good run this morning. probably 4 stars. I love running on Sheep Farm Road. Did you get the email from Middlebury Maple Run, medals next year!!
Travey and I are going to Maine tomorrow :)

I'm so, so sorry. Every time you wrote beaver I laughed. There was a lot of laughing through the last paragraph. I have the brain of a 14 year old boy.

Great week of workouts. I don't know how you have the energy to do it all. You're a machine!

I agree with Char - what an awesome week you had - you are definitely my working out heroine! And I like the idea of rating workouts...I might have to give it a try.

Any thing that is pain free gets four starts these days...

i think all my workouts this week have been 1 or 2 starts as I've not been lseeping enough. Swimming my first length last Sunday was a definite 4 star!

Sheep Farm Road is gorgeous!!
I love having beaver sightings! We have some that live on our lake and once I even saw one while we were in the kayaks! He was huge and I got super close to him and was a little scared he could flip my kayak.

I love your header picture...wow! You are doing great with all the workouts. I gather running has taken second place to biking these days.