Workouts this weekend ............runs which are so much less exciting than biking and swimming.  Really?  Even swimming?  Right now, yes!  Running is tricky these days. I seem to be having lots of bathroom issues (sorry if TMI) and it just makes it not fun at all.  Saturday I was ready to hang up my running shoes. Oh well. I'll either figure it out or I won't.  Didn't really take the camera but stopped with my car to get this picture. But when I went to look at the pictures, my camera was once again not working. You may remember I broke my camera in April - my fault - and quickly replaced it. That one stopped working in about 6 weeks and here it is another 6 weeks and the one I exchanged it for is doing the same thing. This time I hope to just return it and get something else. I am going on an awesome bike ride tomorrow and will hate not having my camera. I know I can use my phone but I will miss my zoom! 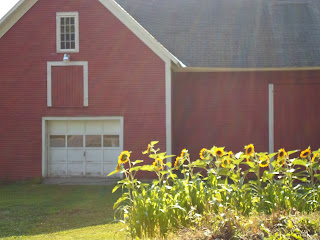 When I haven't been running, biking or swimming I have been spending a lot of time reading and I have been reading a book about every other day. The last few really caught my interest.  If you end up reading one let me know how you liked it. 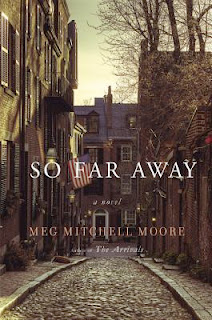 Thirteen-year-old Natalie Gallagher is trying to escape: from her parents' ugly divorce, and from the vicious cyber-bullying of her former best friend. She discovers a dusty old diary in her family's basement and is inspired to unlock its secrets.

Kathleen Lynch, an archivist at the Massachusetts State Archives, has her own painful secrets: she's a widow estranged from her only daughter. Natalie's research brings her to Kathleen, who in Natalie sees traces of the daughter she has lost.

What could the life of an Irish immigrant domestic servant from the 1920s teach them both? In the pages of the diary, they will learn that their fears and frustrations are timeless.

So Far Away is an affecting story of mothers and daughters and how solace can be found in the most unlikely places. (from Good Reads) 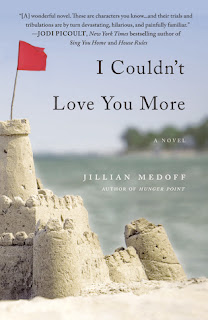 Eliot Gordon would do anything for her family. A 38-year-old working mother, she lives a conventional but fulfilling life in suburban Atlanta with her partner, Grant Delaney, and their three daughters. The two older girls are actually Eliot's stepdaughters, a distinction she is reluctant to make as she valiantly attempts to maintain a safe, happy household . . .

Then Finn Montgomery, Eliot's long-lost first love, appears, triggering a shocking chain of events that threatens to unravel everything she's worked for. How Eliot survives-and what she loses in the process-is a story that will resonate with anyone who has ever loved a child. With hilarious honesty, wrenching depth, and a knockout twist, I COULDN'T LOVE YOU MORE illuminates the unbreakable bonds of family and reveals the lengths we'll go to save each other, even as we can't save ourselves. (also from Good Reads.)  This one was my favorite of the three.  It definitely had some surprises in it. 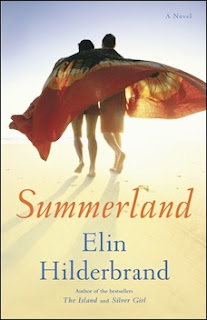 A warm June evening, a local tradition: the students of Nantucket High have gathered for a bonfire on the beach. But what begins as a graduation night celebration ends in tragedy after a horrible car crash leaves the driver of the car, Penny Alistair, dead, and her twin brother in a coma. The other passengers, Penny’s boyfriend Jake and her friend Demeter, are physically unhurt – but the emotional damage is overwhelming, and questions linger about what happened before Penny took the wheel.
Although all of these books could be considered chick lit none of them are light, breezy fare.  I have moved on to non fiction.  I gave my son this book for Christmas and have borrowed it.  I have wanted to read it for awhile but perhaps because of my visit to the World Trade Center Memorial last week I chose it as my next book to read after I got it from him today. 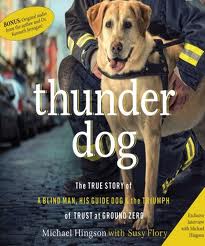 And in case you missed it look what I wore on Friday! 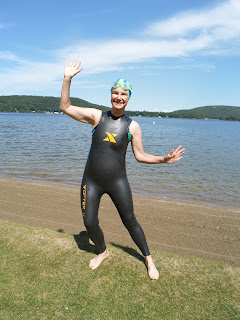 I haven't read any of those, but I just got a big sack of books that I bought at my mom's yard sale after helping her set up -- yes, she charged me!! :) Lots of reading to fit into the sliver of summer I have left.

I'm trying to get back to running...boy is it s lot of work, and I hear you on the bathroom stuff...ugh.

I'm glad you got the package opened finally :). The wet suit looks great, hope you're getting in some great swims in it!

I haven't read these books either and reading the subscription they're not the kind of books I read at the moment. I used to read a lot like those. At this moment I'm totally lost in the Song of Fire and Ice books.

Oh and you look great in the wetsuit.

I'm sure this is just a short "phase" and running will be fun and exciting soon again. Love that wet suite photo!

I hope they give you a refund on that camera so you can buy a totally different one. The one you got sounds like a dud.
There's a few books here that look really interesting - especially because I'm down to only one next to my bed.