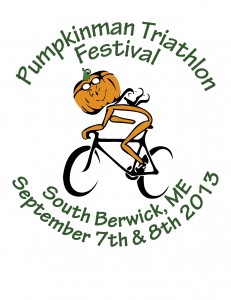 1. I have a very steep hill near my house.  I don't know the grade of it but many people avoid it even in a car especially in the winter.  I don't bike up or down it and run down it only occasionally.  When I was training for the 100 on 100 I ran it on a regular basis because one of my legs was up a mountain road.  After my tri last weekend where I biked on a very steep hill I decided to give it a try - running.  (maybe I'll try it biking but I worry I'll fall over clipped in). It wasn't too bad and inspired me to plan to try this more often. 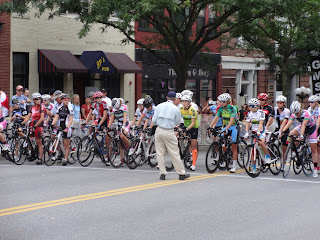 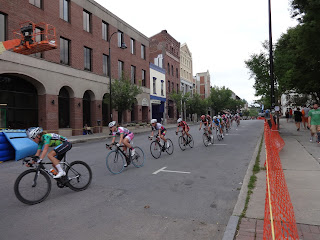 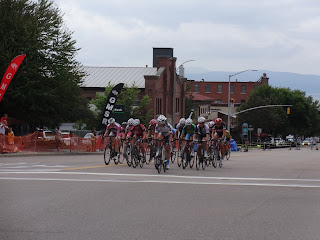 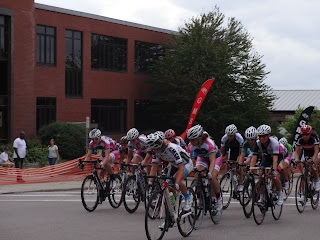 2. There is a four day bike race here called the Green Mountain Stage Race. It's a big deal but the last two years I have been gone over Labor Day weekend and haven't watched it.  Sunday's race is over two gaps both of which are near where I live.  Monday is a criterium in Burlington and very easy to watch.  I decided to make the effort to watch at least some of this.  Awesome!

3. This weekend I have what I hate to say is my last tri of the season.  I might do a duathlon in October just to have a little fun anticipation left.  But I will truly miss the whole enchillada including the swim.  This is my 5th full tri of the season plus the one relay.  This is the first one though that I didn't do last year.  It's a new course and in a state I haven't done a tri in.  It will be the biggest one I have done (575 competitors) with distances close to the ones at Lake Dunmore.  It may have the best post race food which includes clam chowder and whoopie pies. I don't usually want something hot after a race but I will make an exception for clam chowder.  I am nervous about the amount of swimmers particularly because I am in an early wave.  This is the first tri I have been in where each wave has different colored caps! I am excited about a whole new course although new water makes me a little nervous.  I wish I wasn't scared of the ocean as there is a GREAT looking tri in NH later this fall but the swim is in the ocean. So many things about the ocean scare me.  I don't have big goals as I don't know the course but I'll set overall time goals.  There is a big run from the swim to the run that they keep talking about (a separate award for it) so I will throw a few extra minutes in.
I hope to finish between 1:41 and 1:45.  I don't know how realistic this is at all.  And you know me - I want to have fun and that is bound to happen!

Do you love something seasonal that you hate to see come to an end?

Criteriums are fun to watch - glad you finally got the chance! Keep after those hills - you will build beautiful quads of steel! So, what color swim cap do you have??? Hooray for whoopie pies - you will have earned it - have FUN!!!

I just don't get why triathlons are run during the hottest months of the year. I'm sure it feels better for the swimming leg but once you get to the running part it must be torture. It's an endurance event in the extreme!

Wow, you've come so far. To hear you talk about missing the swim amazes and inspires me.

My favorite season is fall, and I hate seeing it come to an end. It always means everything is dying and getting ready for the winter.

My mom grew up on top of a really steep hill/mountain and a few years ago they started a triathlon that incorporates it! The steepest portion is on a road that was closed due to how steep it is. That portion of the course is optional but I think they give out special awards if you conquer it. My parents and I (and Delilah) headed up the first year they had it to spectate the steep hill. It was incredible to watch. We saw at least one person fall over on their bike and not be able to unclip (one of them fell onto the curb where we were standing and my dad had to jump back out of the way and he tripped over Delilah and fell on her.. it was quite the scene). Here is the link to the event: http://www.winthefight.org/savageman/

Here's a link to info about the steepest portion. It is seriously insane. http://www.winthefight.org/savageman/Westernport_Wall.html

I will miss Lake George.

Good Luck this weekend in your tri.

Are you doing the Duathlon in Halfmoon on Oct 20?

I will miss boating and camping and not having to work everyday. I mean I already miss that :) Yay weekend!

You should do a duathlon! For sure!

I will miss sunshine and warm temps. I do enjoy fall but fall means rain around these parts and I have way too many long rides left to complete for it to start raining everyday :). I'm hoping for a dry(ish) fall.

I am a summer girl, always have been, so in general end of summer makes me sad.