First.....my new header. I am not trying to fool anyone. Believe me I am not beating those guys near me in the picture.  This tri had an unusual way of doing waves - by registration time, not age. So I started well before these guys and I was worried about them pushing me under as they swam by!

I have a race tomorrow - my first 5K in quite some time......since July 4. The only non triathlon/duathlon I have done since July was my Rock and Roll half in Providence. Hard for me to believe. But tomorrow for my November race......which I was getting a little worried about -I will be doing a 5K. Goals?  No idea......  To survive.  To be in the low 9s in time.  To have fun. 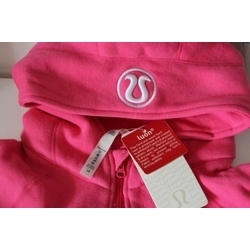 I have done a little pity shopping the last two Friday nights.  Following stressful weeks at school I have indulged in a little unnecessary shopping. Last week I bought a Nike 3/4 zip which  I don't need plus a Brooks running shirt on sale. This Friday night I went to the new Lululemon store in Burlington which opened just yesterday and bought a hot pink Scuba hoodie!  Love it!  But.....enough! Well maybe. Today I bought a pair of Dansko clogs at 20% off. It was a planned buy if that makes it okay.  They go on sale every year in Vermont during hunting season - got to get the little woman out of the house!  I haven't been able to wear Danskos because of my PF but now I am back in them and loving them!  But I do want to retire some day and these days it seems like I want to retire sooner rather than later so I better ease up on the shopping.  Friday was easily my worst day as a teacher ever.  So many bad things happening.  Last year was one of my best years. How can things change so much in a short time?

Tonight my husband and I went out to dinner and for a couple of beers with a friend and it was delightful. Today I went to school and worked on report cards until I was just too tired to finish them. But I made good progress.  I am getting two new kids on Monday and OMG please don't make them too hard. My students are so excited at getting new kids. Please make it turn out okay. One boy was so excited he was jumping all day. He needs a new friend his age and I so so so hope it works out for him.  For me too!

Yesterday I got a text from Jameson who knew I was going to Burlington to join him and his friends for a drink. He had a Switchback waiting for me when I got there. It was fun to have a little down time with him and definitely lessened the stress of the day.  He gets my stresses and is a great listener. 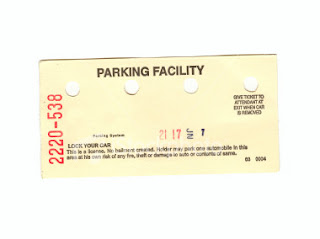 Later when I went to leave the area I put my parking ticket through the machine. When I went to exit the garage I no longer had the parking ticket. I got out and talked to the guy in the booth who tried to figure out what I might have done. Eventually he just lifted the gate and let me though. I had to call Jameson as we have had the "older woman, trusting demographic" conversation before. Had that been him, he would have had to pay the ticket for the whole day, me - the older gray haired woman - they let through.  When I go into a store with a backpack he is amazed as it is just something he doesn't do as he gets stopped.  Just his age and gender - he is not a tough looking guy.  He thinks I could make it as a thief as no one would ever check me. Just kidding any police who read my blog.


What do you do to lessen stress?  I could use some hints. And I don't mean exercise as I am all over that.

Oh, I have a 5k tomorrow as well. No Lulu purchase is a bad purchase. Did you get the new strech scuba? I can't wait to try it. Have a great race!

I think the title of your new header should be "chicked" :-).

My wife said she read that if you read for 30 minutes your stress level goes down 60+ percent. I told her I had other ideas for stress reduction and she told me to read more :-).

I bake and sing badly to my favourite music to relieve stress. I mentally plan the demise of the source of my stress. I have long coffees/chats with girlfriends who make me laugh. And if worst comes to worst there's always drugs.
I hope you get some relief from your stress. It's not a fun state to be in.

Sorry you've had such a bad week - I hope the two new kids bring a new dynamic to the class and that things brighten up. Sounds like the retail therapy was definitely needed! Good luck with the 5K!

Free Parking? Women! You just smile and it's free!!!

You went to lulumon I went to Target.

Sorry about the stress at work. My favourite stress-reliever is probably a good book and a glass of wine (and some chocolate).

You still rock in that photo - I just wish I had the guts to get in a wet suit and some open water!

Cute Lulu top...but I'm doing some marketing for Athleta so I may have to disown you! :)

Hope you had a great race!

I don't stress easily but gardening certainly relaxes me. It takes my mind off things and I love my garden. Hope you had a good race!

I hope the new students bring only good things to your life! Crazy to go from one of your best years to your worst. At least there is hope for next year?
I can't offer much help for stress relief. Sounds like you already do the things I do - run, shop, drink beer.

You daughter may have ratted you out on just how many Scuba hoodies you own :).

The only thing not on your list of stress relievers for me is yoga. however, it took me a LONG time to find the right studio for me.