I have a half marathon on Saturday. It is advertised as a very low key half. There is no bling, you pay more for the shirt, few support services.  A recent email that we received from the race director also stated:

As of Sunday April 3rd, there is significant snow on the ground in the 2nd mile. We anticipate an out-and-back the first 2 miles on Colchester Point Rd in order to keep your footing safe. Final decision will be communicated to you on race day.


Truthfully I think it is going to be fine.  We have had lots and lots of rain since this came plus some warmer temps.


I need to start thinking about my goals.  This will be my 15th half, 2nd of this year. I have another one scheduled for May 1 and it looks like I will be able to register for the VCM two person relay later tomorrow! More to come!


My previous times range from: 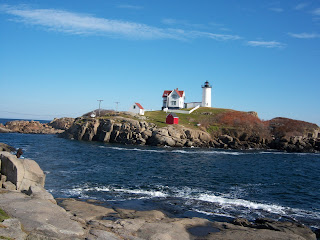 Can you imagine MOVING a race away from
this setting?


All the stars were aligned for me at the Big Lake Half. It was a very hilly course. I had a great time at it though and talked Emily into going to it with me the next year. It had a different sponsor? Race director? Something......and it was nothing special. I have not been back although I might at some point.


Last year I had not been running when I ran the All Women and One Lucky Guy because it was not long after I had had surgery.  I did check with the doctor and started running as soon as I could but I did not have a lot of stamina.  It was a GREAT race which has now been moved to Mass. much to my dismay. I didn't do it last year because of my stupid heel but I was going this year.  Also in regards to the surgery I changed the date of my surgery (again with my doctor's permission) because I was about to go visit Emily for my first visit to see her in DC. I did not want my visit there to be one where I couldn't run, couldn't lift anything, really couldn't walk far. Just didn't seem like a recipe for fun.  Has anyone else rearranged surgery around running?


So now I guess I better get to my goals.

You've got this ajh!! Good luck and have a blast with T!

Good luck! and WOW that one picture is breathtaking! It would be so awesome to run a race in that setting.

I definitely think you'll get your A goal! Good luck!

I was in Vermont in 2006. My parents and I stayed in Burlington, and we toured the Vermont Teddy Bear Factory and the Ben & Jerry's Ice Cream Factory. We also found a great little restaurant called The Alchemist in Waterbury. I loved their beer, and their burger was the best I've ever had. So much fun!

Those look like some good goals! Hope it goes well tomorrow and that you and T have a great time - I'll be looking forward to reading about it!

You are going to do this! Good luck and have fun on Saturday!

Good luck! I hope to be back to half marathon distance soon - but not as fast as you yet!

Hope you have an AA & A race! woot! and NO I cannot imagine moving a race from that setting!

HAVE A SUPER DUPER GREAT RACE!!!!

Have a great race! I am sure you will be fabulous!

Hope you rock it out tomorrow! Rooting for you:)

Best of luck with your goals, especially the "AA". Have fun!!

good luck and have fun!

Have a great time!
I look forward to reading your report!

Good luck but most of all have lots of fun.

Good luck - I hope you make your AA goal and take more photos of the beautiful scenery!

Good luck! You will have a great time :)

I think being pain free and having fun are often far underrated!! :) good luck this morning!!