I Didn't Get Hit by Lightning 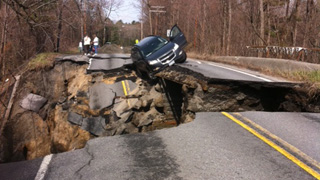 A few shots from local flooding 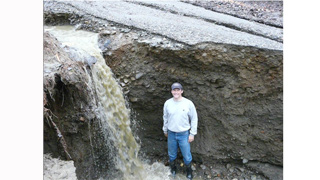 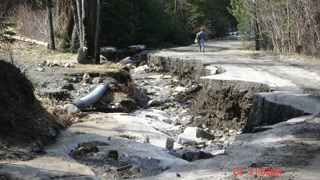 Wow--the pictures of the damage was amazing! Glad you picked your days right.

I loved, loved, loved LOST. I thought it was one of the best series finales I have ever seen. Still have it on my DVR b/c I can't quite get myself to let it go...

And Modern Family is THE best! You'd think all I do is watch TV from this post!

Oh wow... flooding is so devastating. It seems like the Midwest has been hit heavily with flooding this year, too.

I think my favorite LOST characters were Kate and Locke. Sawyer always cracked me up. And you're definitely right about the first three seasons being the best!

I was ADDICTED to the first three seasons of Lost and then my love waned.
I did, do, and forever will love Sawyer, though.

Your son hasn't led you astray with his recommendation. Modern Family is really funny and my whole family will often sit together to watch it - that doesn't often happen.

AJH, you are a snake hater. I heard that VT has no snakes. Really.

Digging Modern Family too. Breaking Bad is my favorite on T.V. now. You can watch an abbreviated version of each season's episode on their website to catch up and then start watching Season 4 in June. Killer show.

I am now reading The Known World by Edward P Jones.

I was running on my road today and it felt like I was running along a river and water was flowing in the ditches and it's pretty high.

We've had a lot of rain and flooding too this last week. It was so nice to have a sunny day today and I topped it off with a good bike ride after work.

Sounds like you had a full week of running and biking! Good luck on your upcoming race.
Those pictures are pretty wild. It sounds like a lot of people were affected by those horrible storms this week. I'm so thankful they weren't too bad here in MD/DC.
I love Lost and Sawyer and Hurley were my favorites too. :)

Glad you are safe. Gosh the weather is crazy everywhere. You can come aboard my ark if you want to.

Oh my - too much excitement up there. Stay safe.

Wow, after all the snow you get heavy rain. What a climate! I love Modern Family! It's so sweet and heartwarming, but also really funny.

I love Modern Family, definitely one of my favorite shows at the moment. There hasn't been one single episode where I didn't have to laugh.

Those photos are scary...glad you didn't get hit by lightning. Phew!! :) Stay safe!

Floods always scared me as a kid - good reason I guess judging by those photos!! YAY for the biking/running streak -you glad for Spring???

Oh, my! Those flood pics are so scary!

The floods are always terrible, the pictures are scary.
I hope that this spring will bring soon good weather. I am following by TV and newspapers the situation in USA and I wish all the best.

Way to go on all the cycling & running this week! Glad you were able to enjoy some good weather.

That is some scary damage from the storms. Wow!!

very glad you were not hit by lightning, these storms have been so scary

I love lost. Hurley was one of my favs! I still think it turned a little odd in the last season(s). Wish they had answered more of the randomness... Of course I wish we got to see more episodes too!

Yikes that is some crazy flooding!

Wait till you hear Phil's definition of Jagermeister on Modern Family! Ha!!

Glad you are safe!

WOW, as always your pictures are amazing! Modern family is so funny, you should definitely give it a look.

I'd hate to have been driving that car in the first photo! Stay safe!

Wow. That flooding is scary.

I've never seen a single episode of Lost, but everyone says it's so good. I should check it out. I've seen a couple of episodes of Modern Family and I thought it was pretty funny.