Maine - My Other Happy Place

I'm in Boothbay Harbor, a part of Maine I have never been to.  A lot of today was spent getting here. I'm going to be lazy and do this post mostly with pictures.  I am actually on an island and you get here via the swing bridge (as opposed to a drawbridge). When I got here it had swung open and several boats were going through.  Way cool......then of course it swung shut so we could drive across.  Now I'll show it to you. 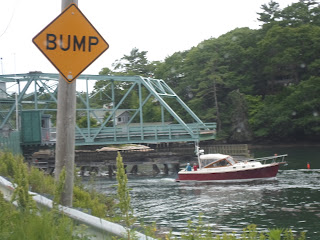 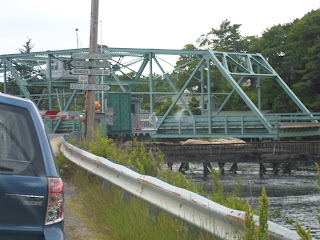 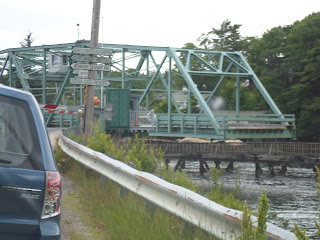 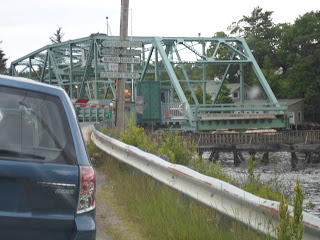 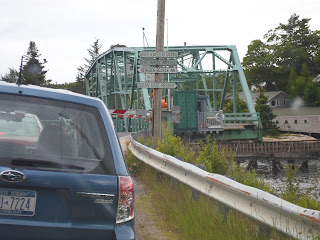 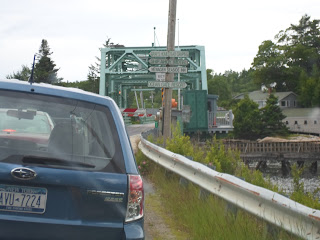 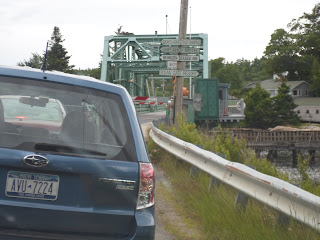 What could possibly top or equal that you may wonder?  Well, next on the agenda..... a trip back into town to see a parade - an hour long or more and some tall ships.  It was a typical small town parade which was actually quite fun even though I knew no one in it.  Highlights - the L L Bean boot (which I had thrillingly seen on the side of the road on the way) and a giant lobster. Things I have never seen in my home town parade.  There had been a race at the start of this four day festival - and the winners of the race were in the parade! Great idea. 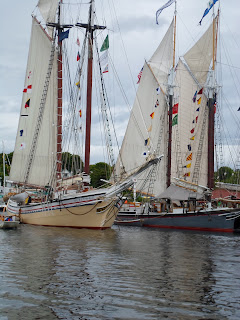 Actually the tall ships were before the parade. 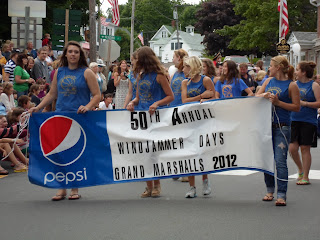 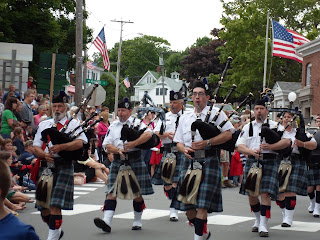 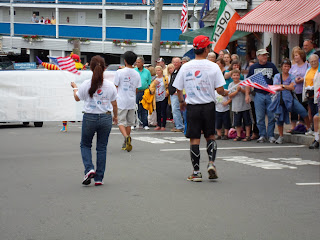 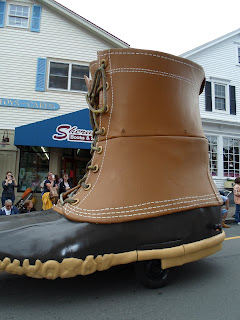 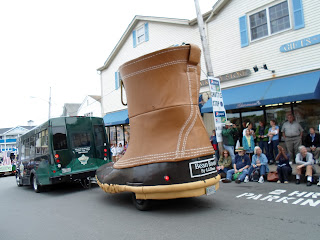 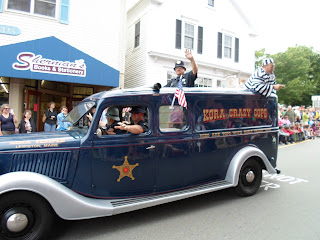 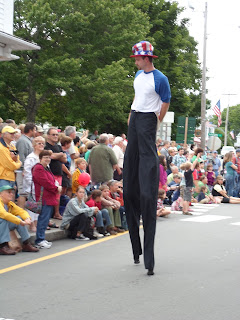 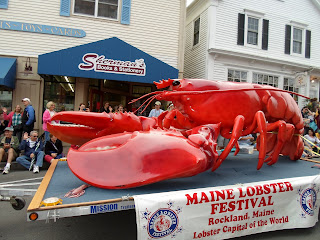 Never saw this in my home town parade 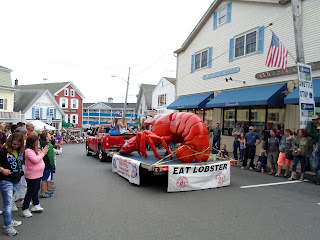 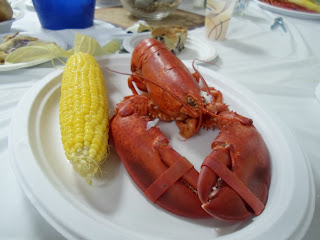 Then you go to a church supper to have your own lobster!
Posted by ajh at 10:48 PM

Love bridges. I Have never seen a swing bridge before. That's really cool.

You *must* get rid of that pity party banner photo if you expect any more comments. Yuch!

Bad Dog! No soup for you!

We've been to Boothbay! My aunt used to rent a house there and we visited with the kids a few years ago on one of our big trips...
Have a great time!

Our church suppers used to be almost exclusively a minced beef dish with pasta and loads of grease (they always used cheap mince to save money). I like the idea of a lobster dinner.

I've been there a long time ago. Enjoy!

I've never seen a swing bridge - very cool.
I love that the Church dinner is lobster! I need to get to Maine one of these days. New England tour!

I was in in Maine, camping with the kiddos (from work) we were in Wells. My friend from college is from Booth Bay. We went there one weekend. Have fun!

LOVE BoothBay!! Honeymooned there and revisted each year following until we had Lola :)

Love the bridge! The parade looks really fun. We don't have many parades here in SA.

Delicious-- and very messy lobster. You coped very well with your bad wrist. I agree that you need to lose the pity photo for something cheerier.

This church must have faithful tithers! :) When you said swing bridge I was picturing a rope bridge you'd find on a hike in the woods and I was thinking "how do you drive across that?!?"