Sunday was a perfect day in Vermont.  Anyone running the Vermont City Marathon must have loved it.  I definitely have mixed feelings about my choice not to do it.  Last year was so cold and wet.  I never even took off my throw away shirt!  I decided I wouldn't do it this year because of that plus because I had done so darn many halves.  But this is a tough race to not be part of when everyone around here is so caught up in it.  Live and learn.

But I went for a spectacular ride with my husband.  If you read my blog often you know that is a rare occurrence.  But it was such a great ride I might be able to convince him to come at least  once a month with me!  We did a loop that involved 5 towns.  It was hilly and  somewhat rugged for his first ride of the season but he did great. It was 30 miles which is a respectable distance.  Camel's Hump  could be seen from many spots and viewpoints. 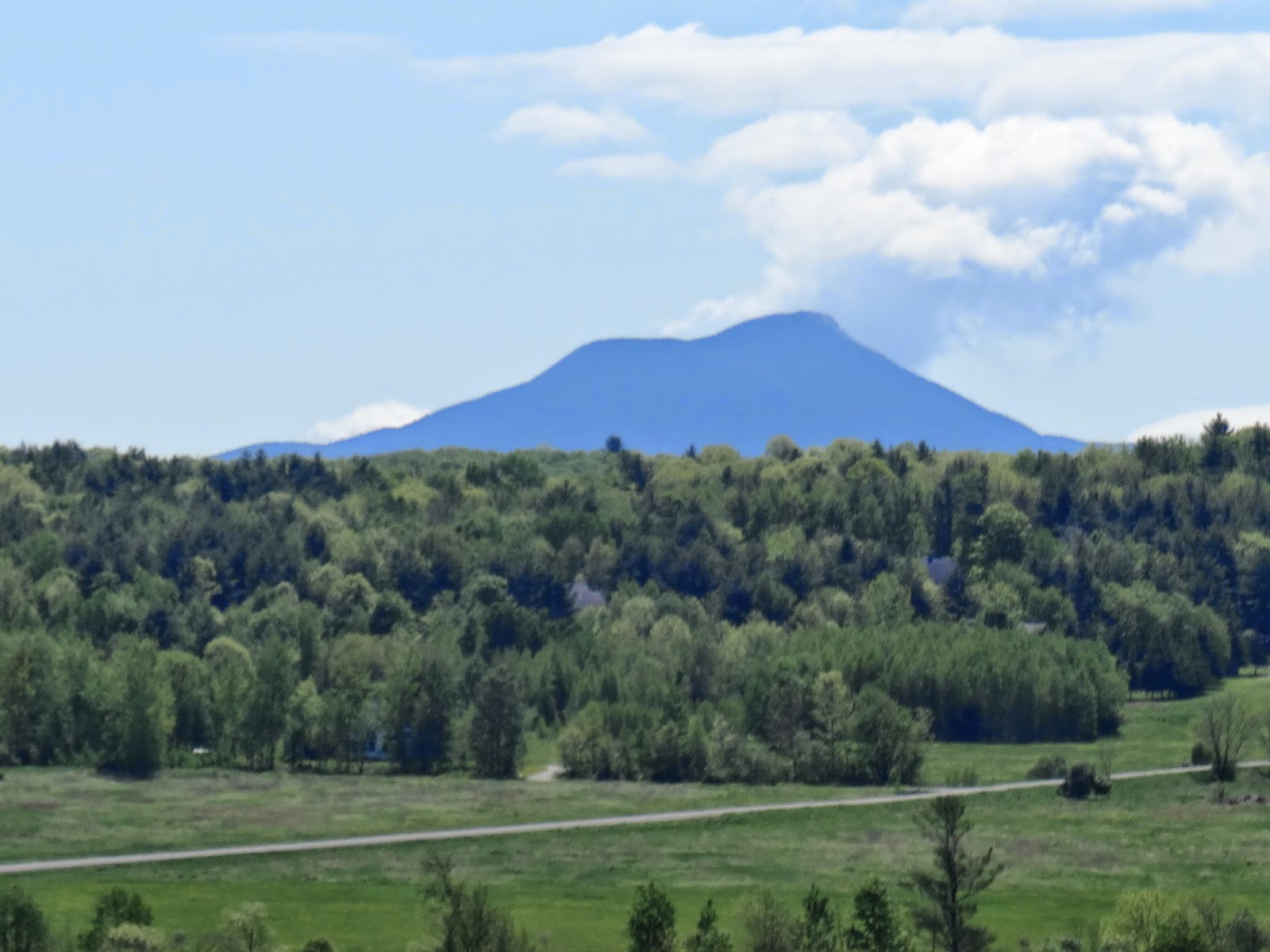 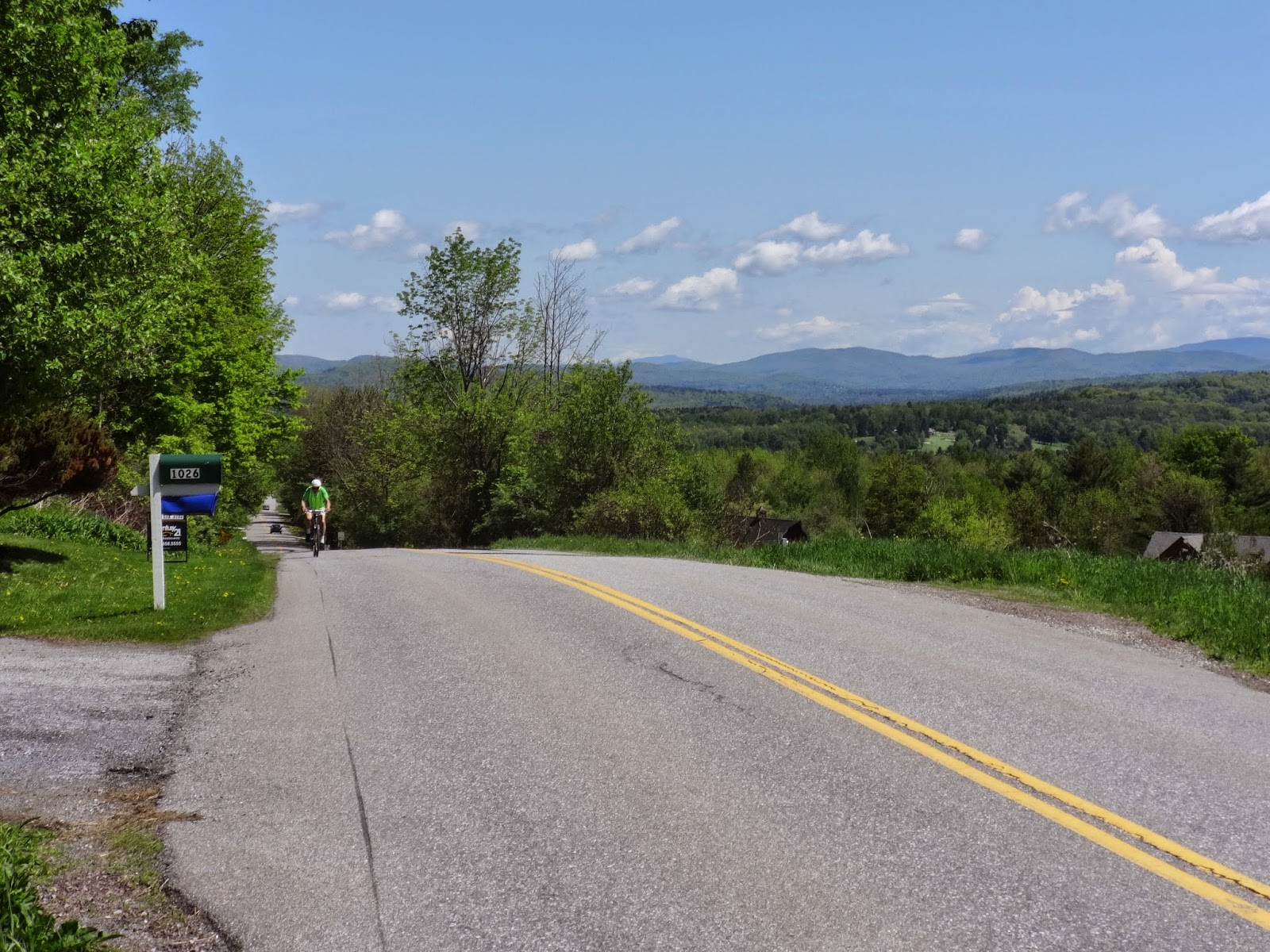 Hubby comes up one of many hills like a champ. 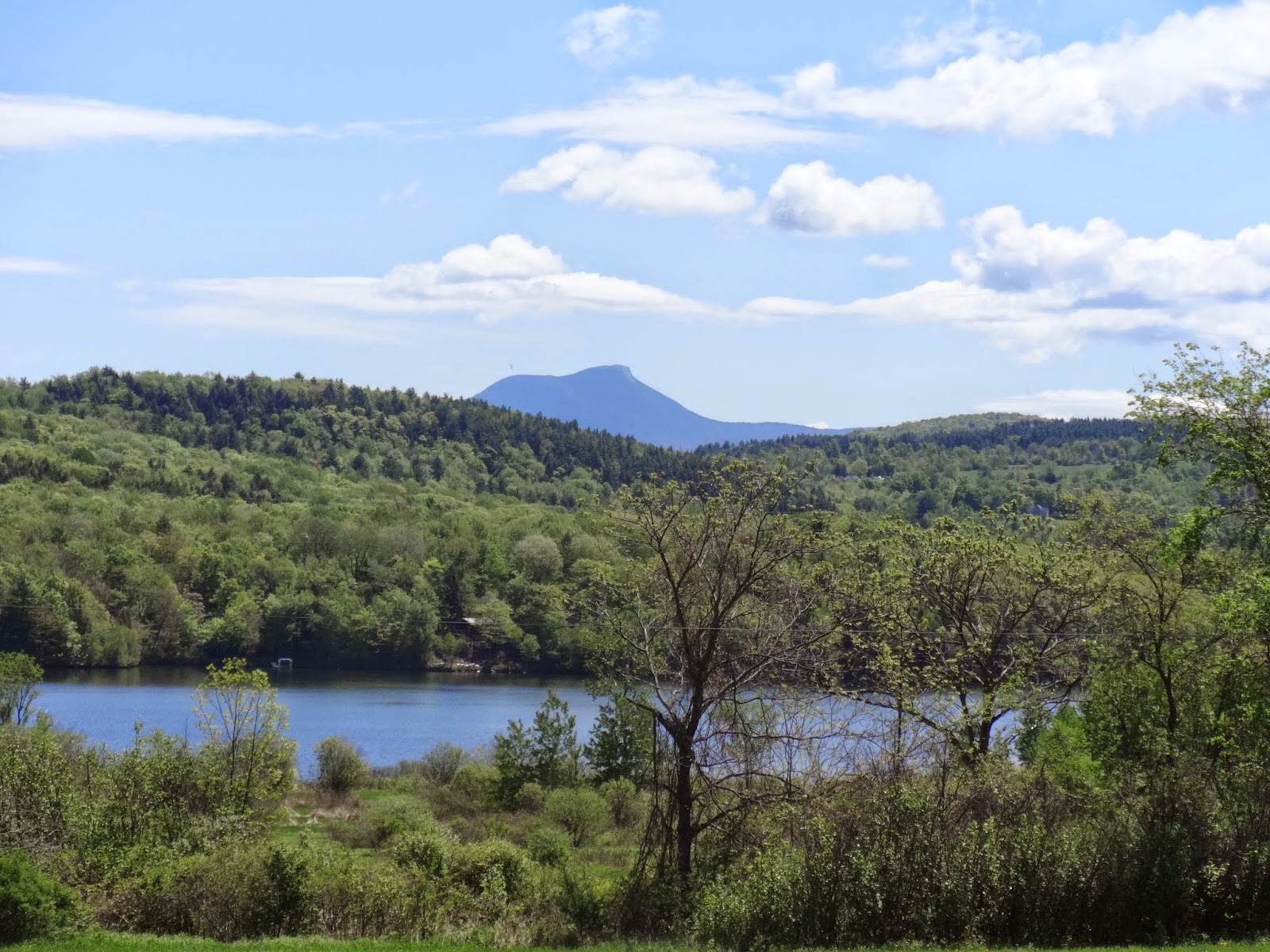 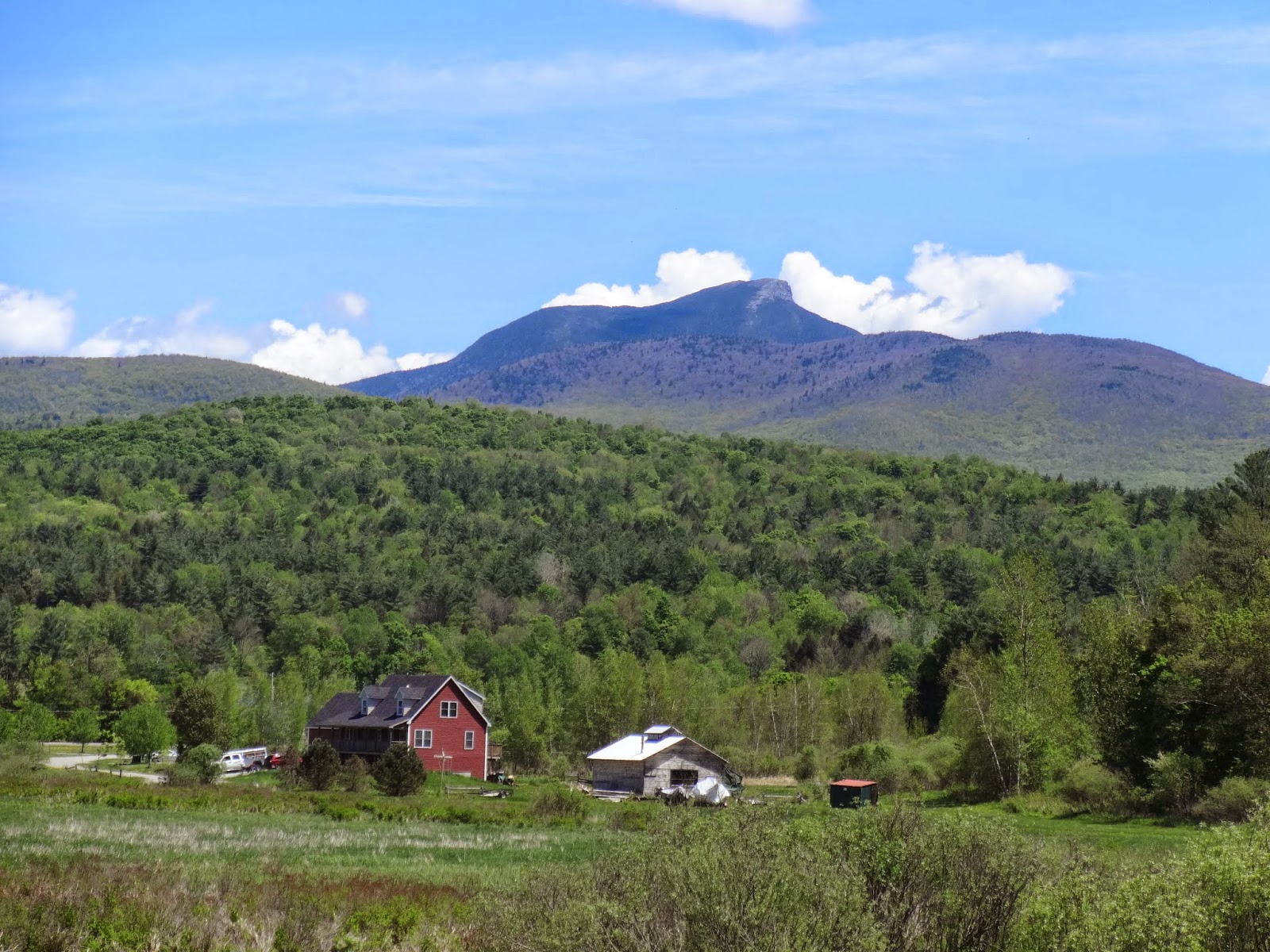 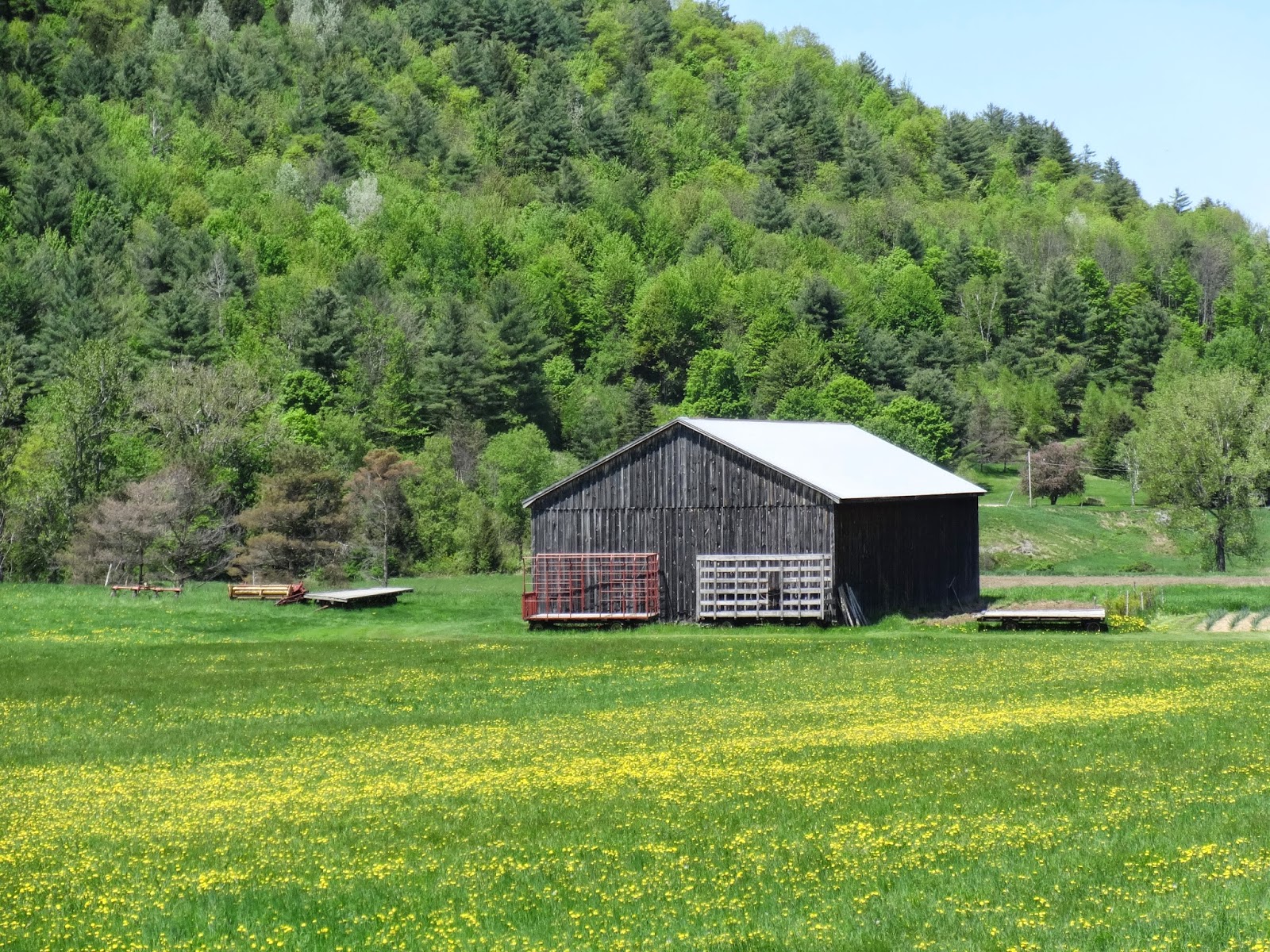 I had some other good rides this week but this one was just magical.  I had my road bike back, the weather was perfect, hubby was along, and I had energy galore. In fact after we got home I took a short break and took off again. I visited the cemetery and then extended my ride so I ended up with 52 miles for the day. I truthfully felt like I could have just kept going.  I hope the weather is nice tomorrow as I can't wait to get back out there.  More than once I found myself grinning from ear to ear as I was riding. Bliss!

Oh yeah........I had a really good 8 mile run on Saturday and some good early morning ones during the week. Life is good. 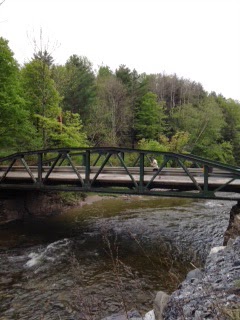 The weather looks spectacular! It's not hard to want to be outside when it's that beautiful. I'm glad you're finally getting a lot of time in your happy place.

Great that your husband came with you - does he bike on his own normally? Because otherwise how does he keep up with you?

Awesome that DH rode with you! Beautiful pictures as always.

You always have the most beautiful photos!

Sunday was a perfect day here too. Nice that your hubby rode with you. My hubby & I spent the day doing yard work - not fun but needed.

It's hard to comeback for a race where the weather is crap one year. Totally get this. A friend of mine paced the 3:45 marathon group.
Great pics as usual!

Thanks for sharing the gorgeous photos, I miss running the marathon relay and enjoying the mountain/lake views this time of year (but the traffic to get up to VT on Memorial Day weekend is just awful!!)

I LOVE that feeling of bliss :) Sounds like things are going so wonderfully for you ajh...I'm so happy to read this! Yay for summer weather (well, not today)!

Happy post! The area is beautiful at the moment, it's a waste not to enjoy it and you did.