Rye by the Sea Duathlon

I did this race last year and loved it.  In spite of that I wasn't overly excited as it approached this year. As soon as I was on my bike for the second leg, I regretted not having that sweet feeling of fun anticipation.  WHAT A FREAKIN FUN RACE! 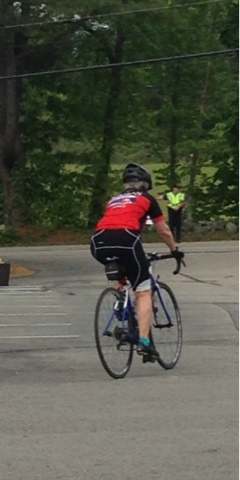 You run for 5k, bike for 17+ and run again for 5K. What saves the 5K is that when you repeat it you do it in the other direction and that really does lend a new route feel to it. There is the road, trails through the woods and kind of a combo of the two for the three miles.

OMG!  It was so much fun. I had a zen experience as I was just going along the road through the neighborhoods thinking I was put on this Earth to race my bike!  Some woman told me I was looking strong and I grinned from ear to ear and thanked her.  She grinned right back at me. I was feeling great and loving all the spectators and other races.  I thanked every policeman directing traffic.  I was having so much fun.

Then I got to the marshes and the ocean!  Now I could really hardly stand it. As I passed one woman I exclaimed over the delightful ocean smell. She laughed and said yeah it was great but she probably lives there and was amused at my eagerness.  Speaking of passing, I passed lots of people. I guess that is the advantage of being so far back in the run.  I counted, I always do, it motivates me to keep passing.  I passed 27 people, 1 passed me but I passed him back on the run.  A good amount of this run was RIGHT ALONG THE OCEAN!  A lot of it was where I ran the half marathon a few weeks ago.  Then I was back ready to run again. 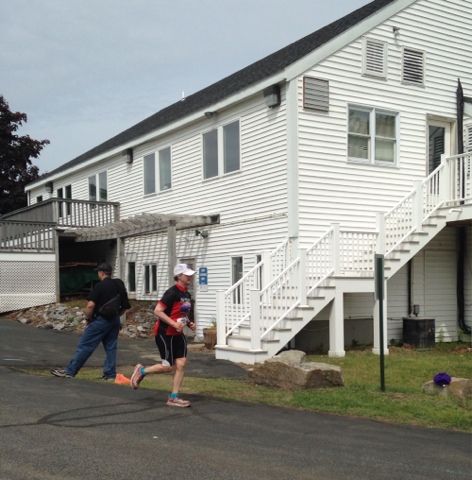 My time was slightly under an hour with a speed of 17.7 mph. That is lightning fast in my world. I had worked hard on the bike to keep pushing it and it paid off.  I was 84th on the bike, a huge difference from the run.

Then I had my last run.  It felt slow but it was fine. I ended up doing it in 31:46 just 1 second slower than the first time.  I was in 122nd place for this leg. I guess some people slowed down.

Overall I was 112 out of the 148, nothing spectacular at all but I was so happy with how the bike moved me up.  I won my age group. Okay, I was the only one but I was out there doing it. I am taking it!

My overall time was 2:05:57 which was exactly 1 minute slower than last year. I expected more of a difference with my slowness and I was not trained as well as I have been missing workouts resting my knee. 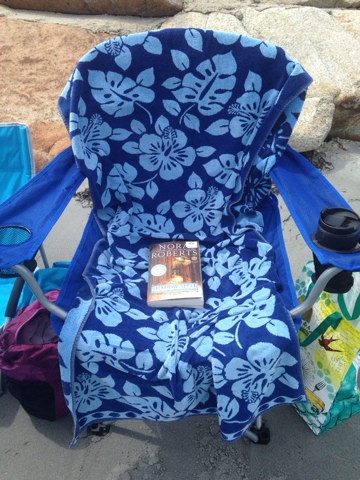 The fun didn't stop there. My friend went with me to the beach where we relaxed and read.  Heaven.  Heaven.  Heaven.  The temperature was perfect, not too hot or too cold.  Then we went to the Nubble where two weddings were happening!  This was followed by a lobster roll and a teensy bit of shopping. 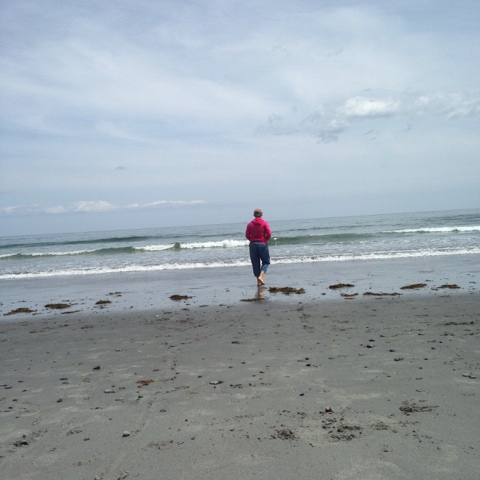 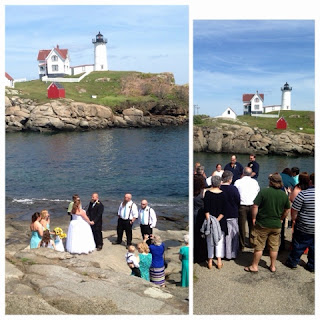 I was exhausted today but what fun it was!!! 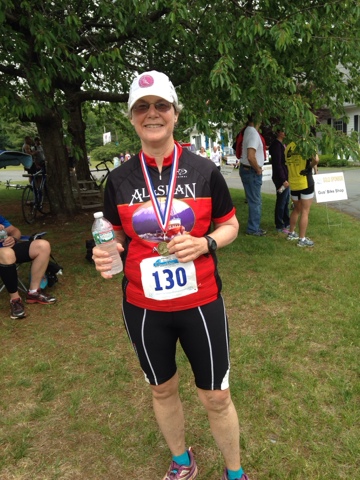 I love how much fun you have and that you make a whole day of it at the beach. I've been riding my bike a lot lately. I'm going on a bike tour next month. Can't wait! Congrats on you AG award....and be proud of it! Have a great week!

It sounds so much fun - the way you wrote it. Congratulations on winning your age group. That's so exciting.

This post is filled with so much joy, I love it! I think you were made to ride. Congrats! If i enjoy this weekend's tri half as much as this, I'll be elated.

A very good day: the podium, the scenery and a race passing many bikers/runners.
I think that at the "young age" of almost 59 y.o. I will do my first duathlon (running/swimming) on june 28.