Remember I had my York Harbor Half Marathon canceled two weeks ago because of the snow?  Well, I did.  But I found another race to do in Maine although it was much farther.  It turns out a friend had moved near there so that was a bonus to going that far.

Friday I got in my car bright and early and drove more than 7 hours to Brewer, Maine.  The roads were snowy in the beginning but the untouched snow with the sun shining on it was stunning.  Soon enough I was on bare roads and speeding along.  I stopped for coffee and then made a longer stop at L.L. Bean in Freeport where they had a fitness section that had my name all over it.  I also picked up a much needed running top at Nike (a little sarcasm there) and then continued to Brewer.

I checked into my hotel and was checking email as I waited for my friend to pick me up.  You can imagine my surprise to find an email from the race director that had been SENT AT 4:00 that the race was canceled. SAY WHAT?  I may have used more colorful words.  I was sitting in a hotel room that cost money.  I had put gas in my car more than once to get here.  I had a hotel for another night.  Sure the race itself was cheap but this race was costing me  more than a little money and now it's not happening?  I sent an email to the RD but didn't get a reply.  The deal was we could pick up our t-shirts the next day.

So off with Sarah and I already had a new plan.  I wasn't far from Acadia which is on my bucket list so I thought I would go there the next day and run and sightsee.  Sarah obliged me by taking me by Stephen King's house so I met at least one of my goals. 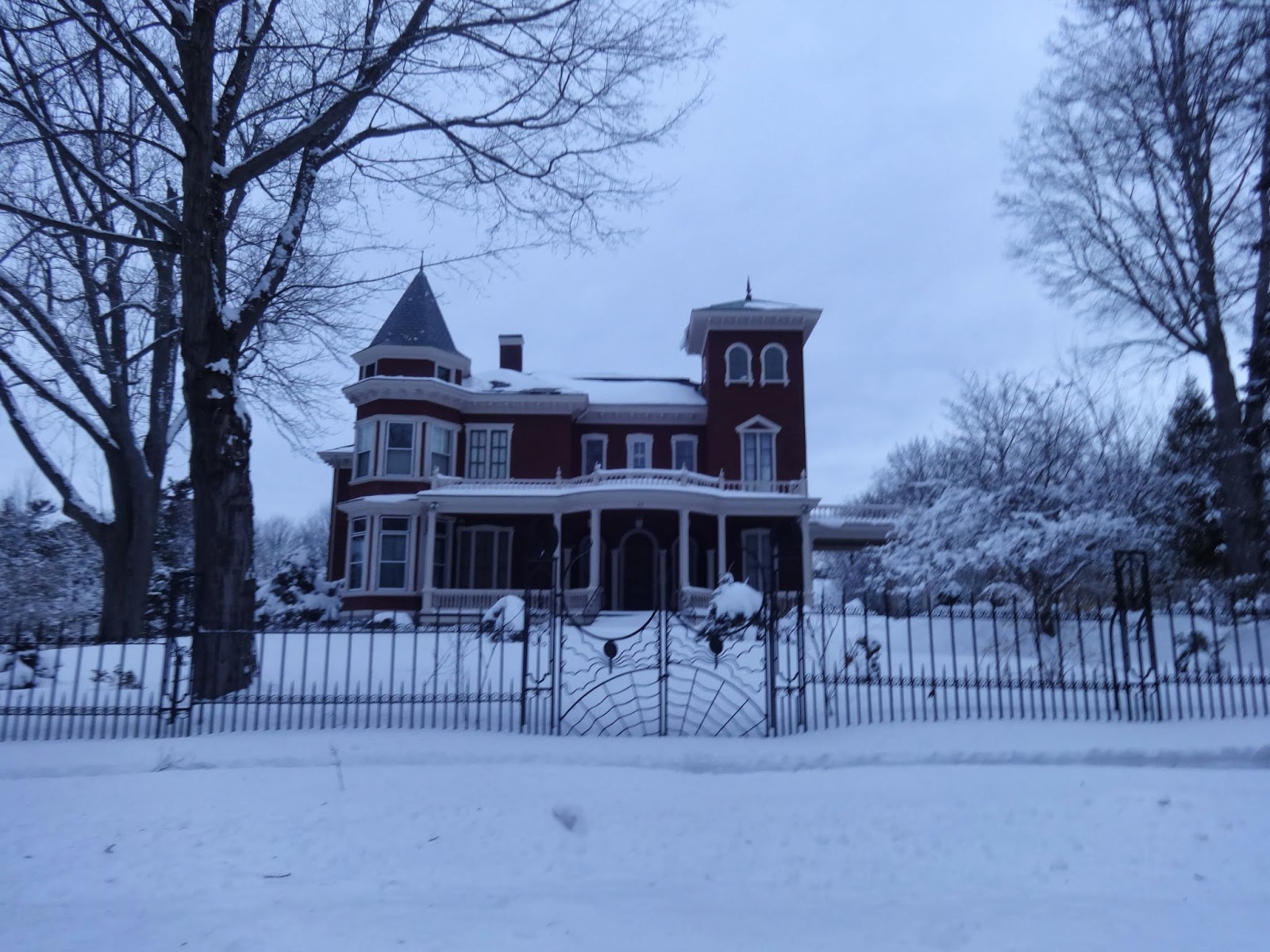 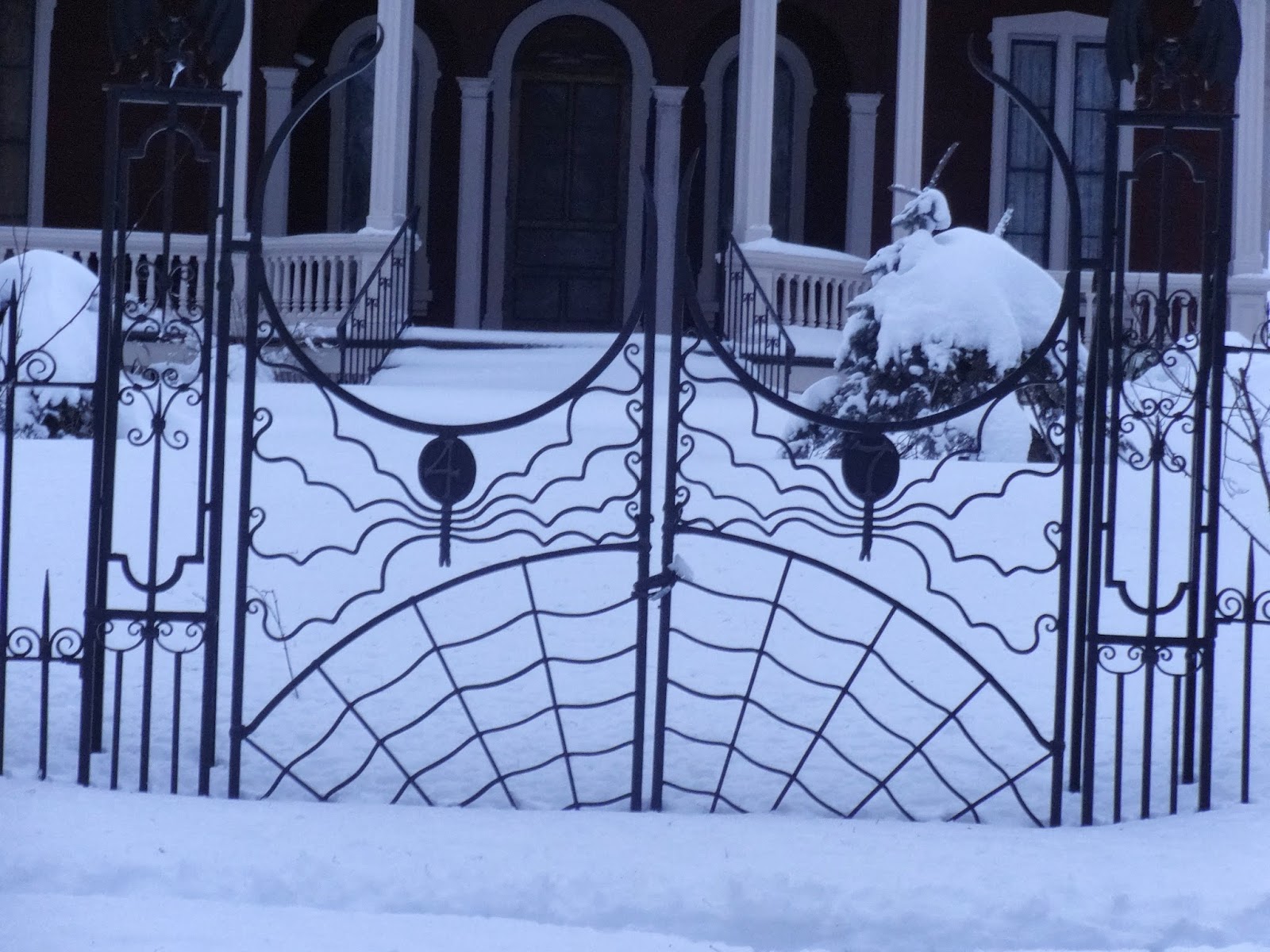 Then we went to Sea Dog Brewery for a sandwich and some beer. I had a great time catching up with Sarah.  This would have been a much more disappointing evening without her.

The next day I went and got my t-shirt.  I asked them if I could have my medal which they weren't giving out mentioning how far I had driven. 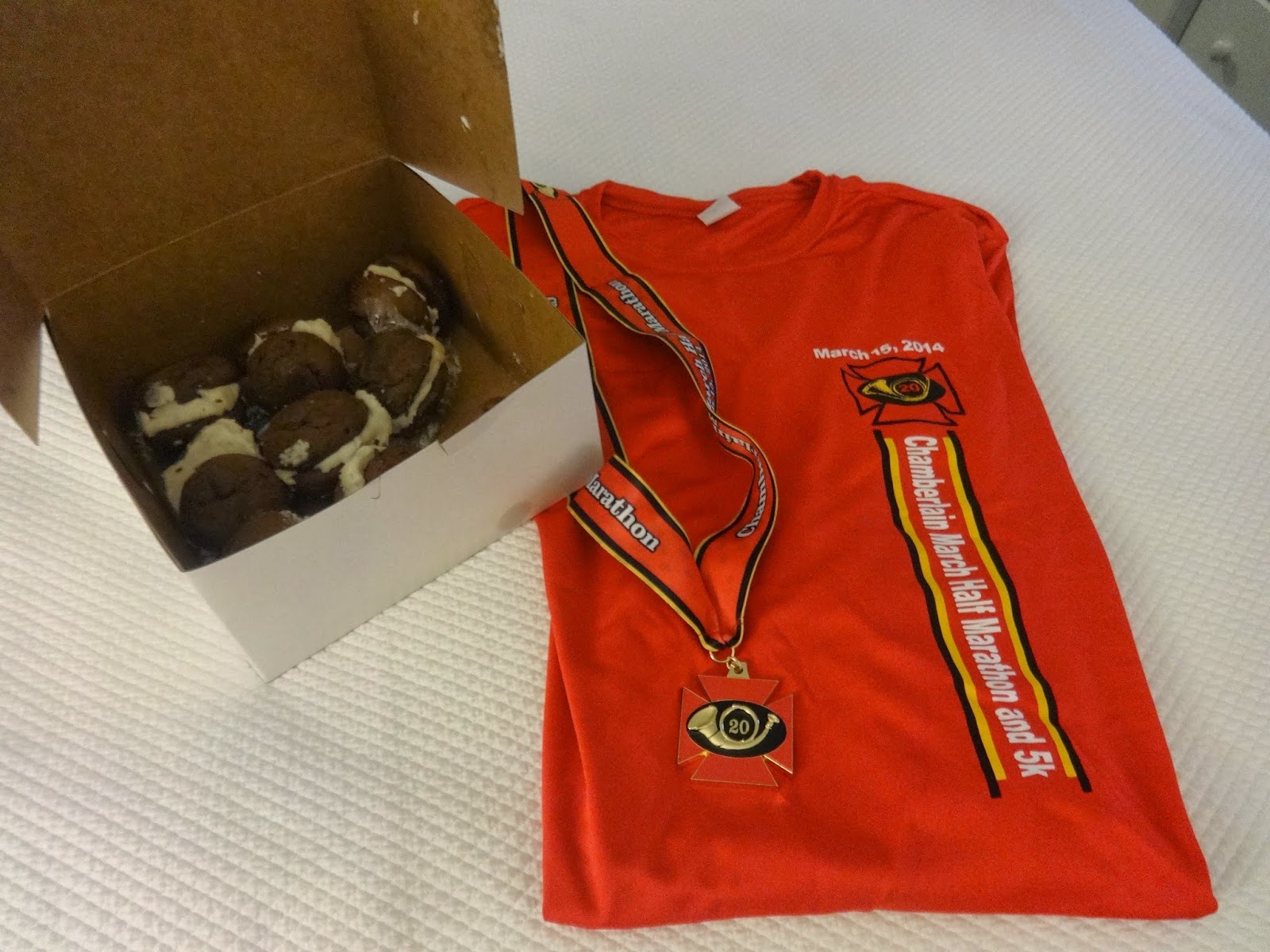 Then they brought in the box of medals and gave them to everyone.  Don't worry - I earned it later.  Then they told me to wait and these lovely volunteers went and got me a box of whoopie pies they said were for driving so far. Fun!  It was raining and in the 30s out.  Not fun. They told me to go ahead and run the course but I had no desire to do so.  I didn't know the course, it was awful out, it wasn't scenic. These same volunteers said Acadia was a great idea.  So off I went. Well, it was disappointing which I never thought I'd say once I got there. I saw some of Mt. Desert Island but all the roads into Acadia were closed. I had understood some were open but I couldn't find any.  It was cold and miserable.  It took longer than I thought to get there and I felt like I had wasted half the day. 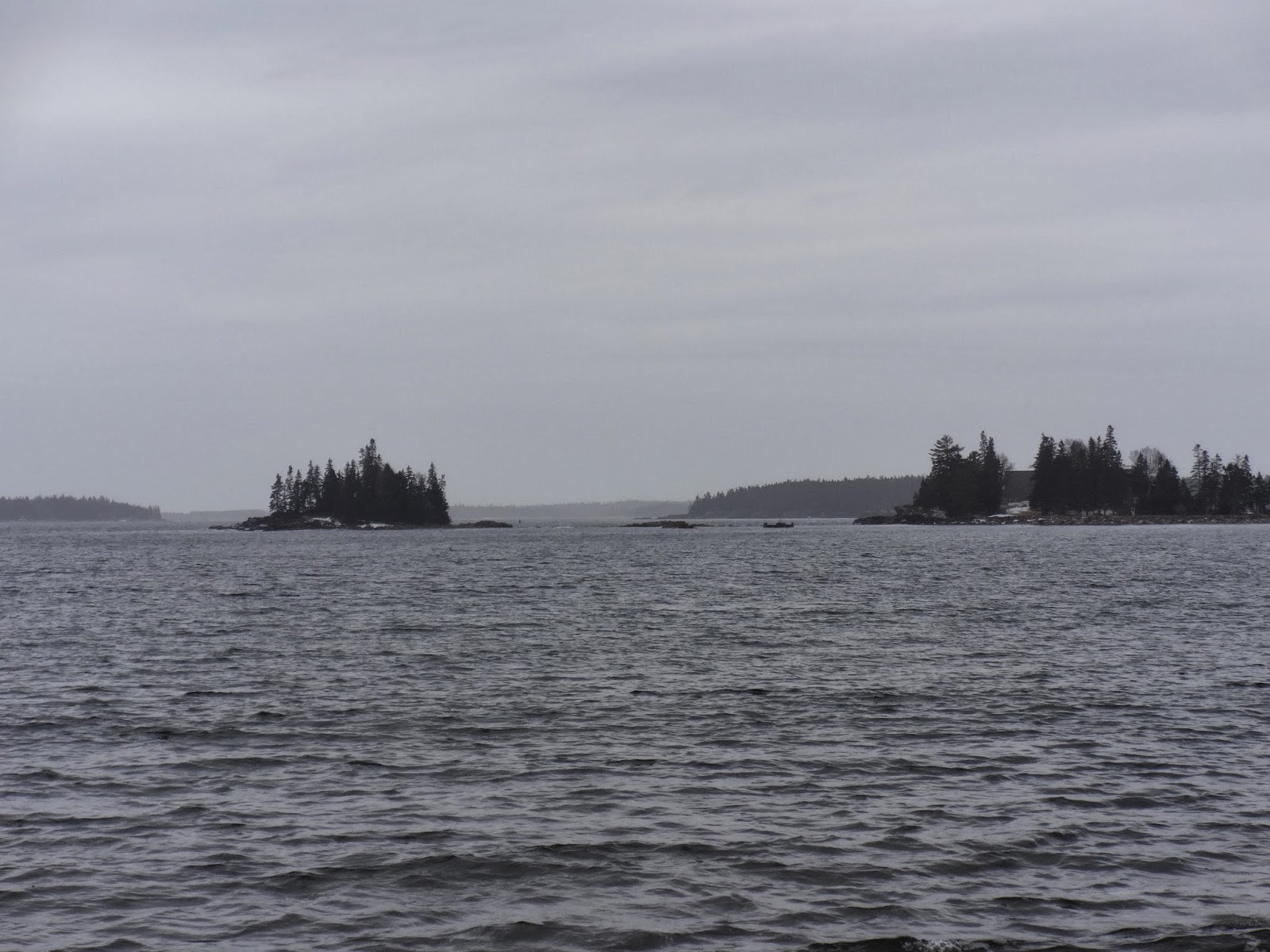 I saw some pretty views but there are pretty sights all over
the Maine coast. 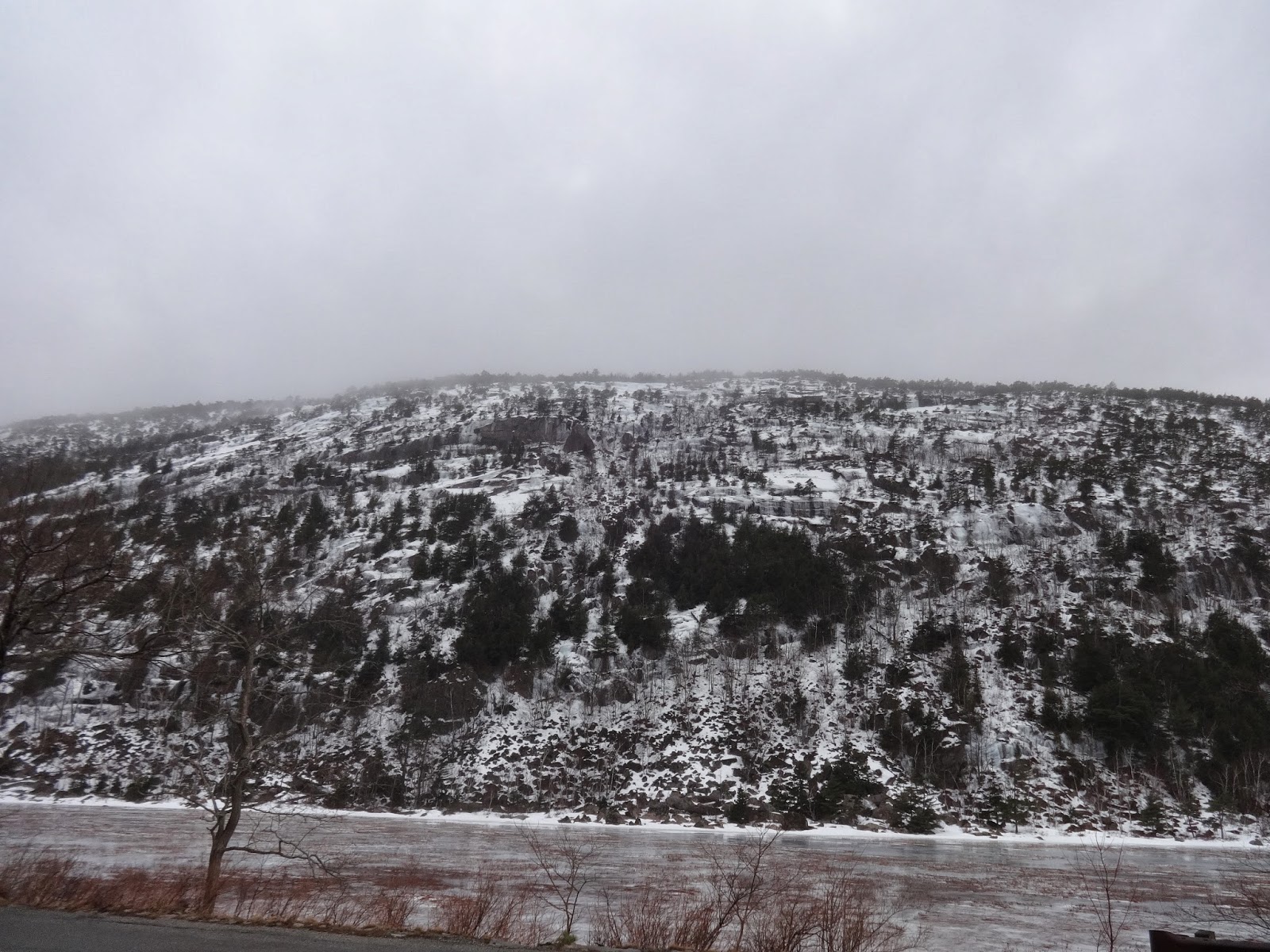 I guess I'll have to go back.

When I left Mt. Desert Island I headed to Sarah's house. She didn't tell me I had to drive over a scary bridge to get there. The picture I stopped and took after I went over it doesn't do it justice.  That tall part is in the middle. She said it had to be closed this year after an ice storm because huge sheets of ice fell and totaled some cars. Great.  I finally got to Sarah's house (cute cute cute) and visited for a bit before I headed down Route 1 for a scenic trip to York.  Well, it was but did it ever take forever. 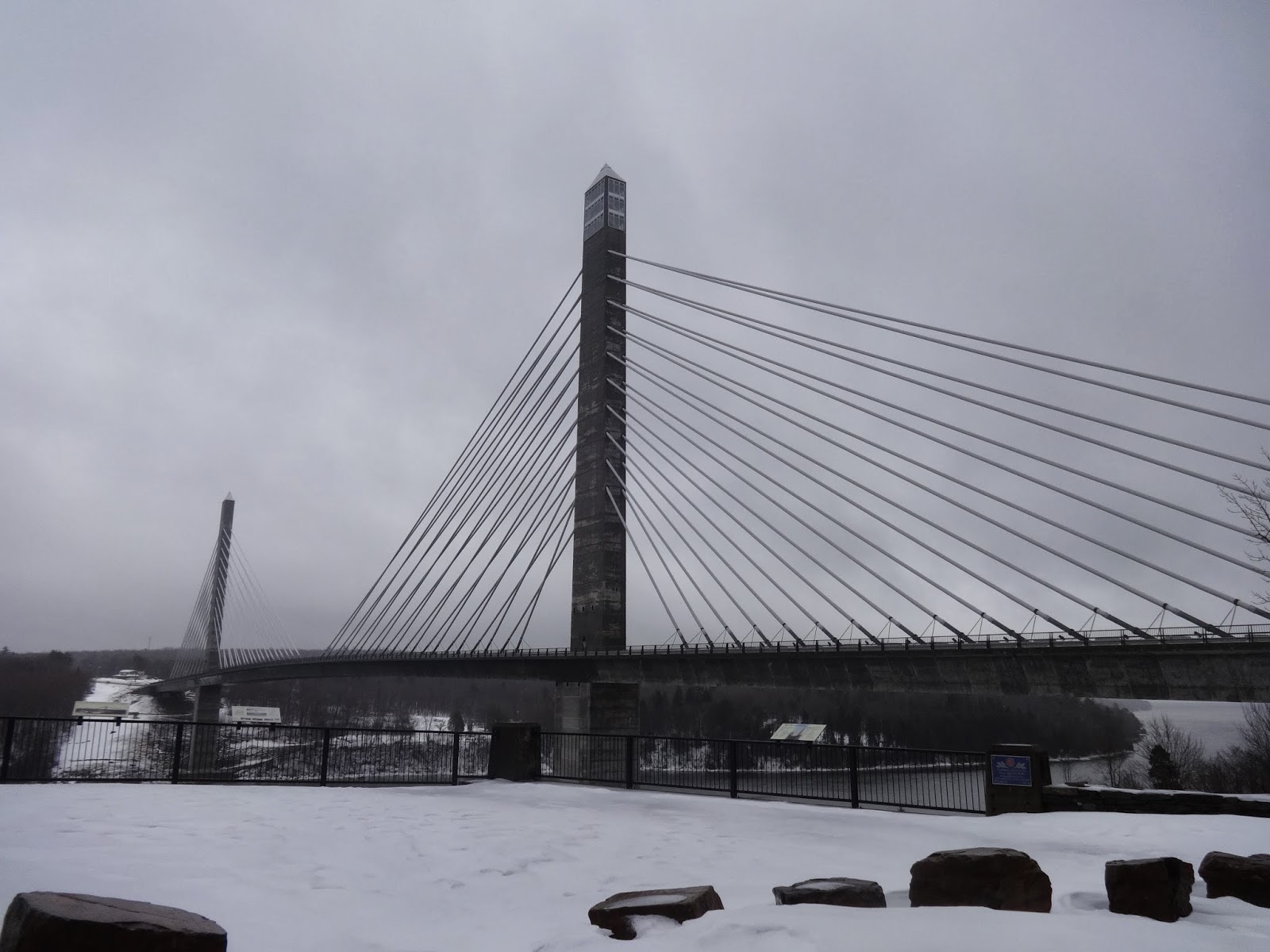 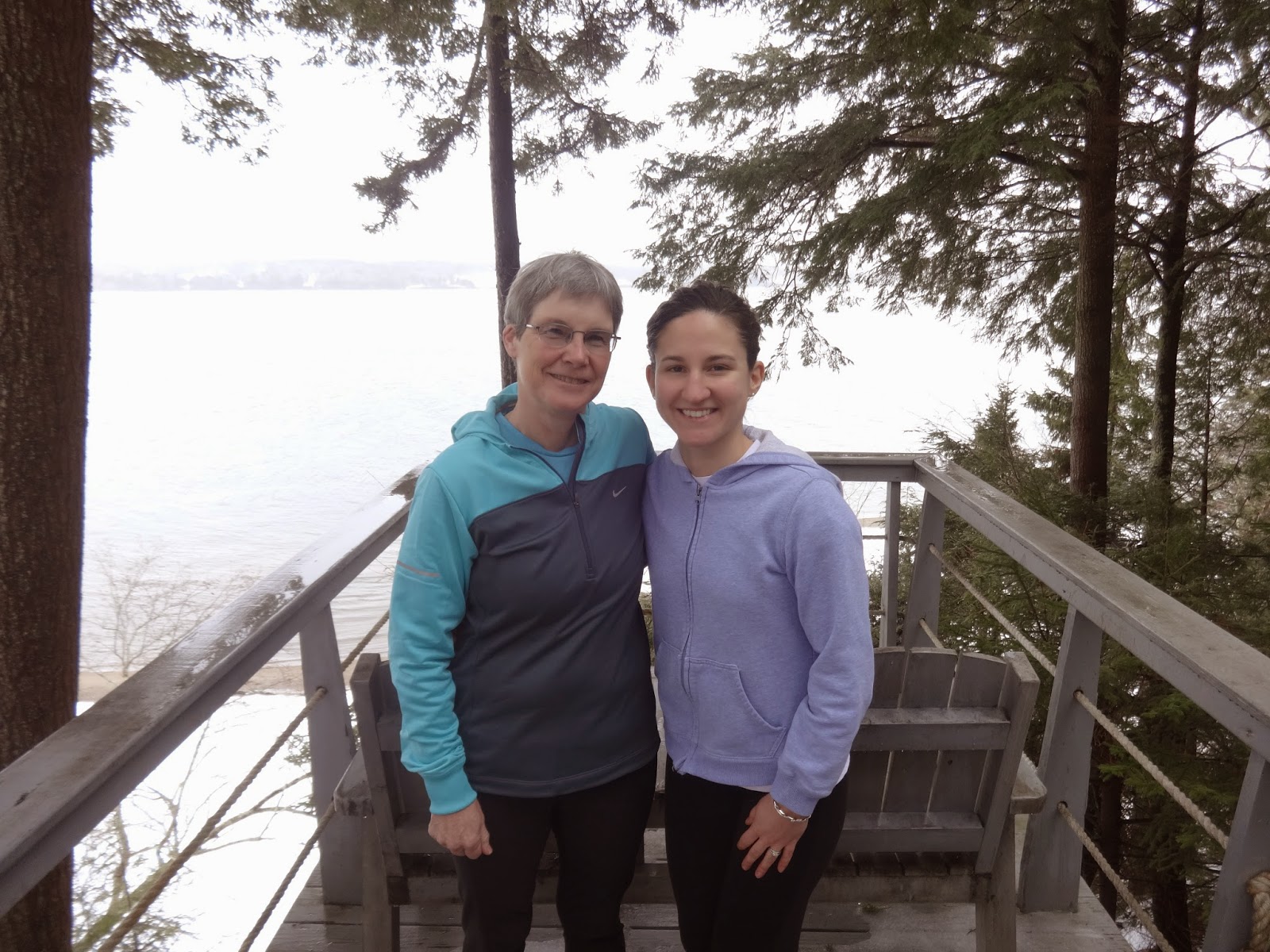 They're on Penobscot Bay, way inland but very nice.

I was a bit grumpy before I got to York where I had a hotel room. Stop at L.L. Bean again? Nope. Stop and run? Nope, it's still raining and cold.  I did want to get to York and as tired as I was I planned to run when I got there.
FINALLY I was there and got out of my car to a surprisingly warm temperature.  I threw my stuff in my room and I was off. I ran about 5 miles and it was truly one of the best runs of my life.  I needed it after the race disappointment and all the sitting I had been doing.  It was gorgeous, warm and just wonderful! 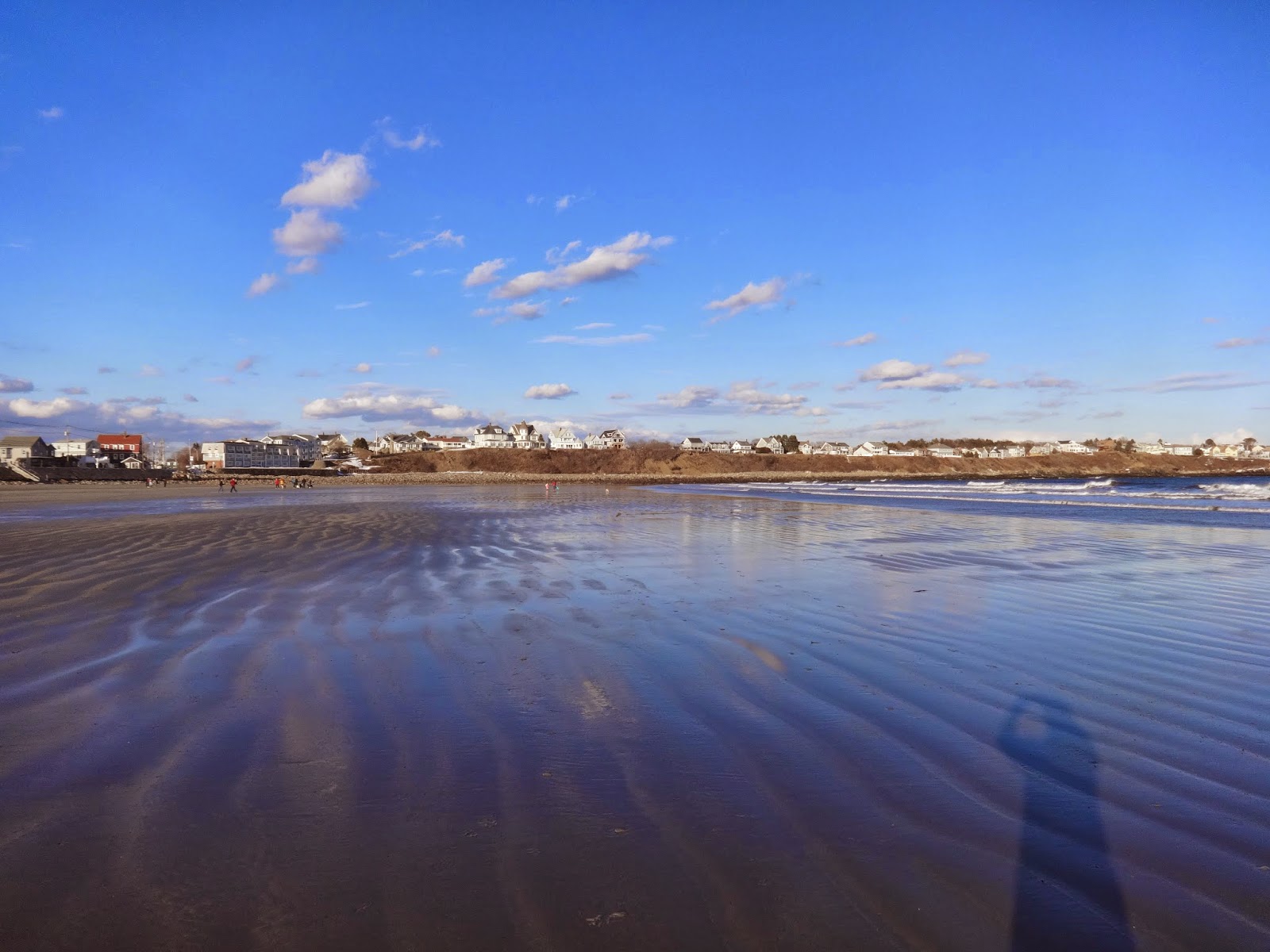 The tide was very low which made for great beach running. 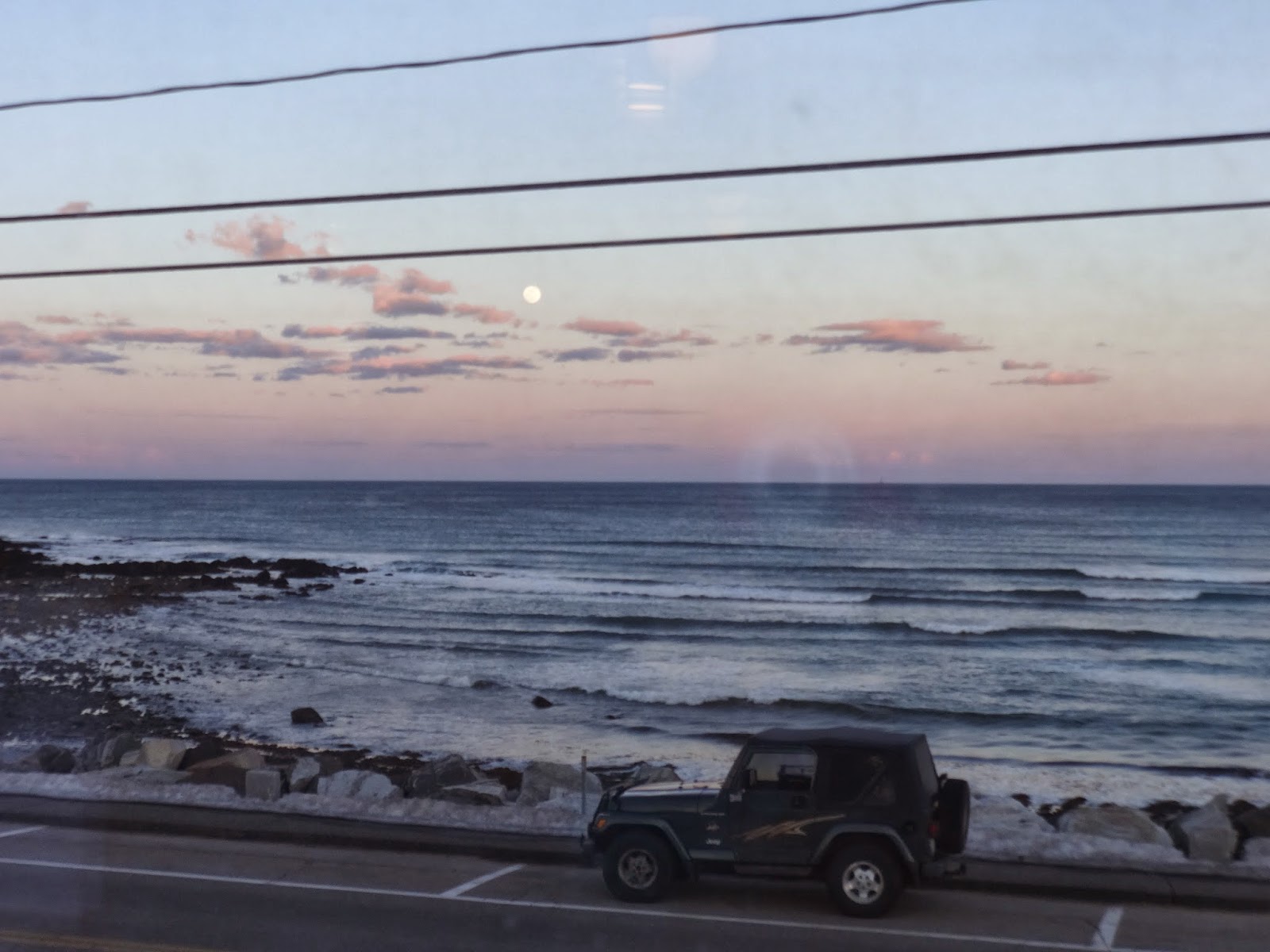 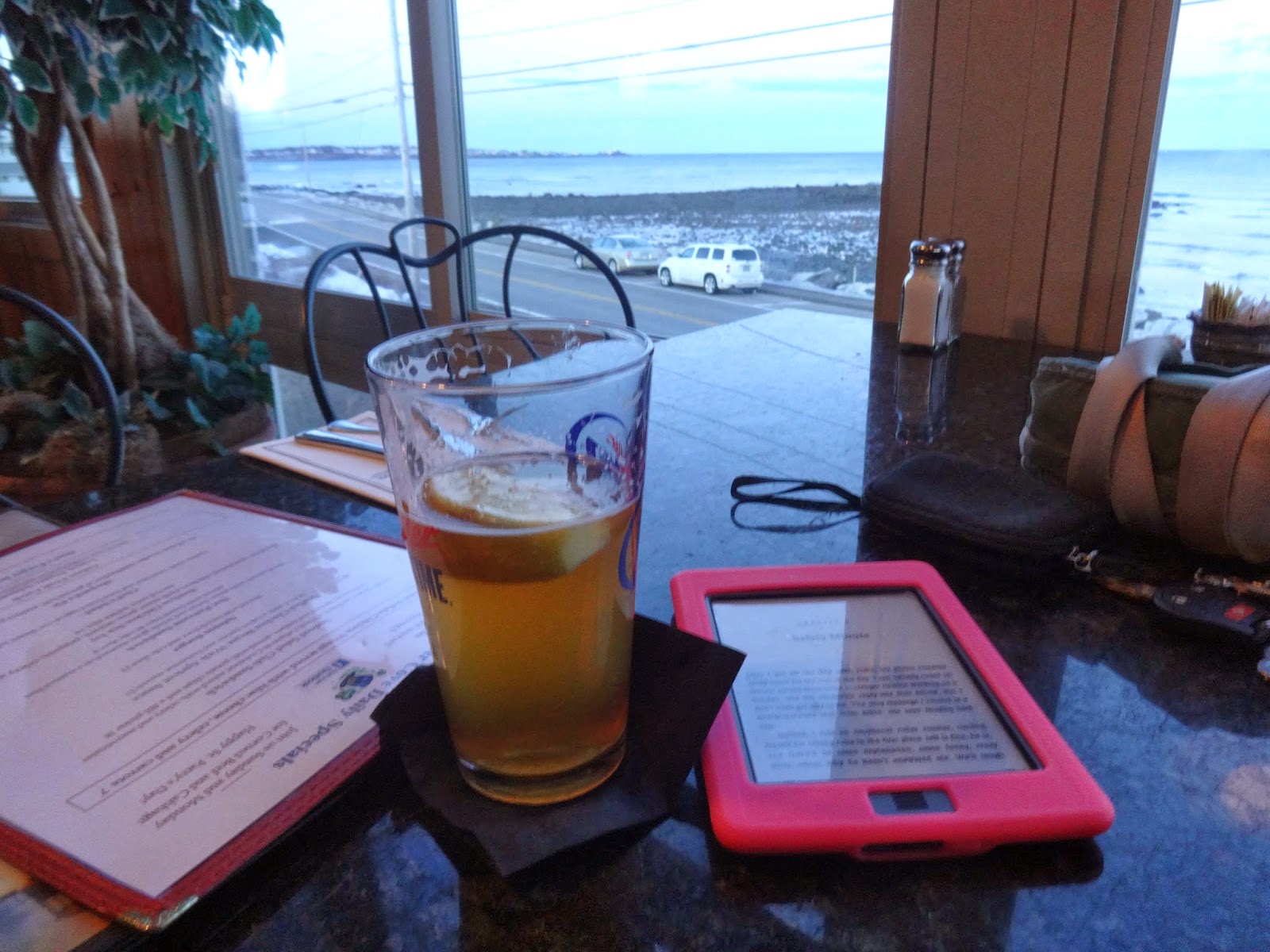 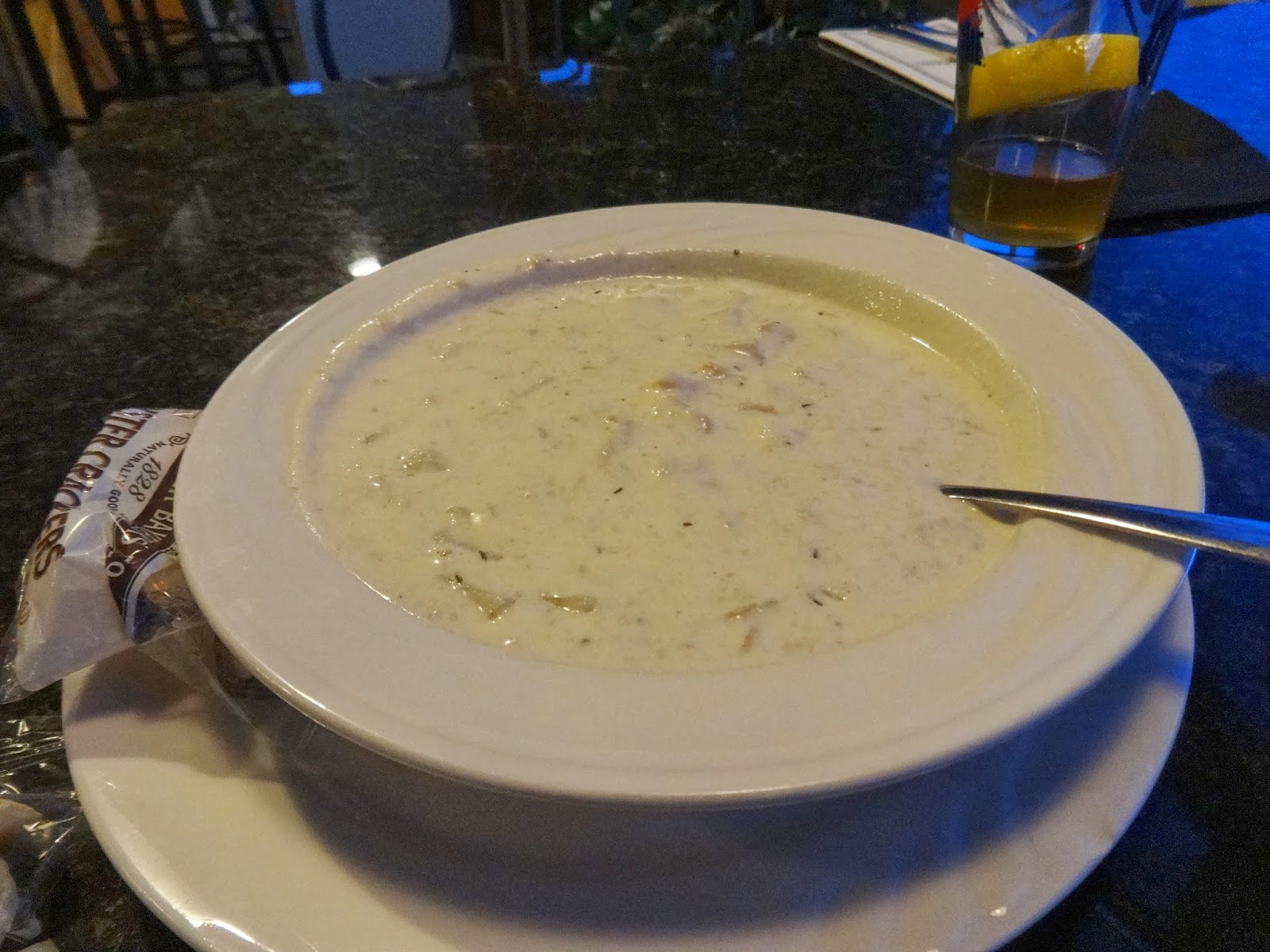 I went immediately to dinner following my run. First I just sat and relaxed with my beer, my kindle and the moon rising over the ocean.  Then I had the most delicious clam chowder.  I had a lobster roll too which was okay but not as good as the chowder.  I decided I was going to run the 13.1 here the next day.  Too heck with organized halves, I could do my own.

It was much colder and windy but that sun was still shining.  I was up and out by 7.  So many good things about your own race - start when you want - no port a let line.  I went up and around by Nubble Light and then continued out of town. I took a different route than I usually take on my bike (avoiding a hill, I'm no fool) and went along the river. It was very nice. When I finally let myself look at my watch I  was around 6.3. I went about another half and then turned around. I stopped to take pictures, I used a hotel bathroom and never stopped my watch.  It's my race and I can do what I want to.  I went back by Nubble Light and then headed to the beach. I ran back and forth on the beach and stopped to make my 13.1 sign. I was getting rather chilled at this point but I was pleasantly surprised that I was not dead and really could have run more. 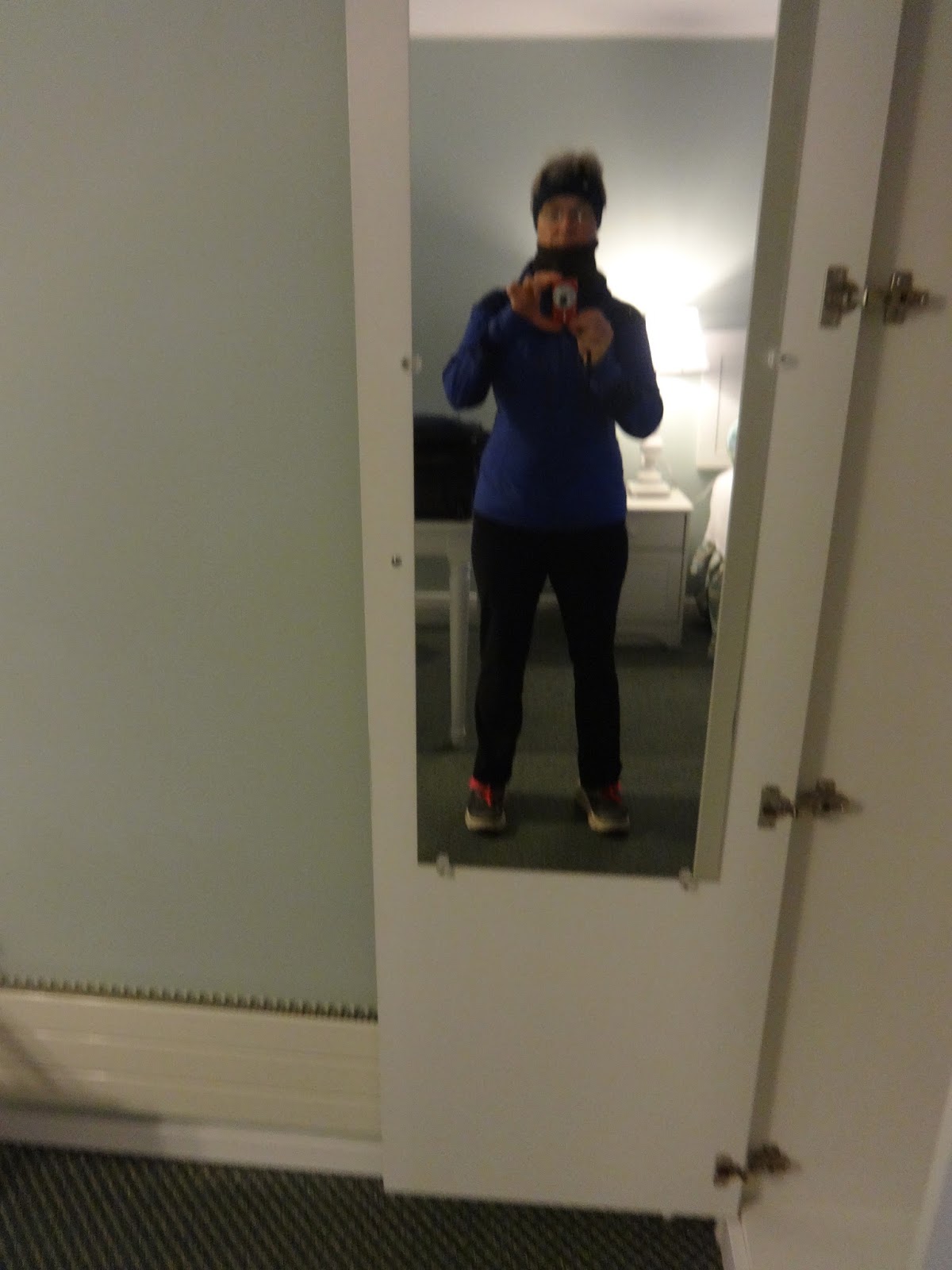 I'm ready to head out.  I added a jacket once
I stepped outside. Good decision. 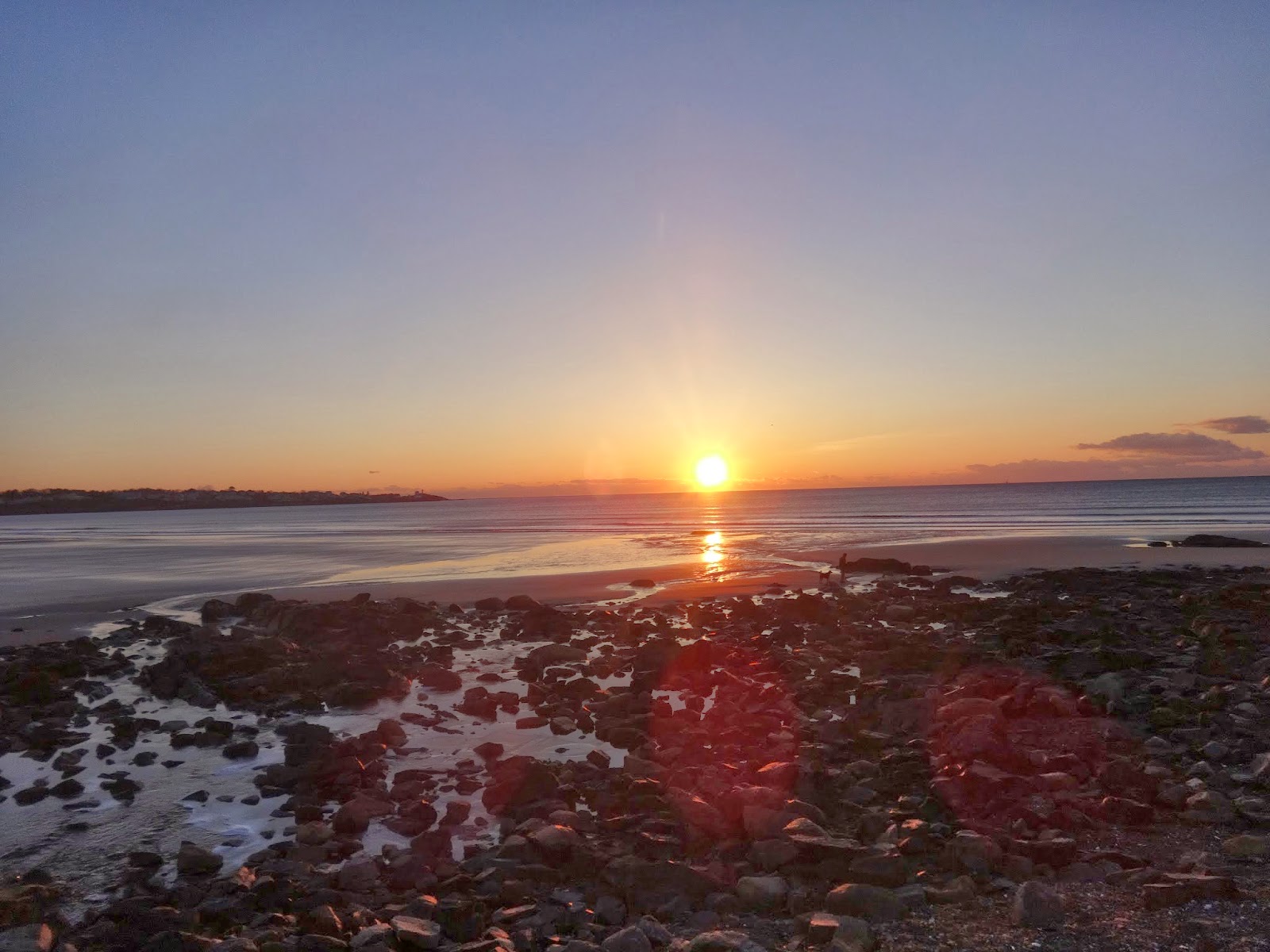 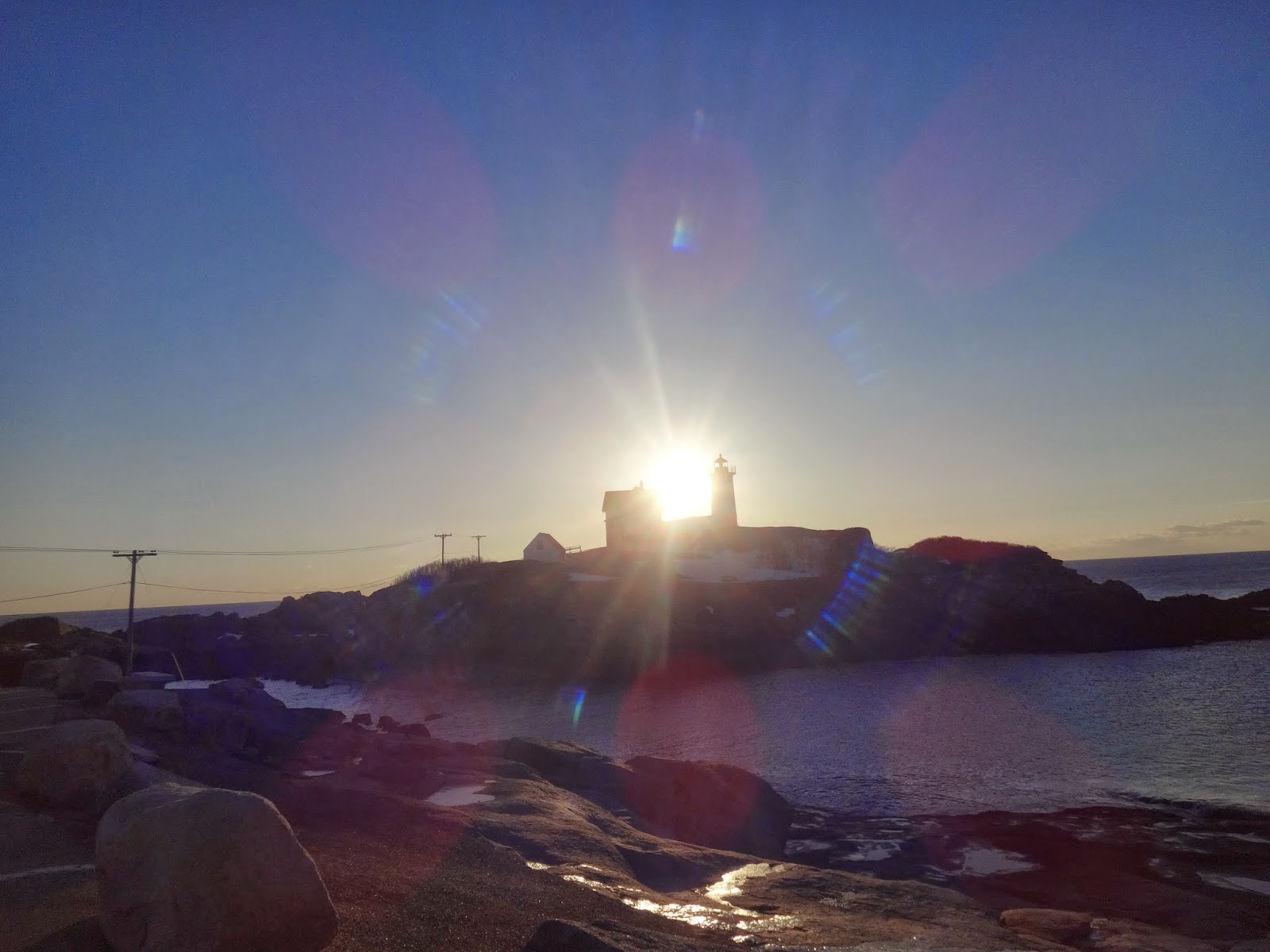 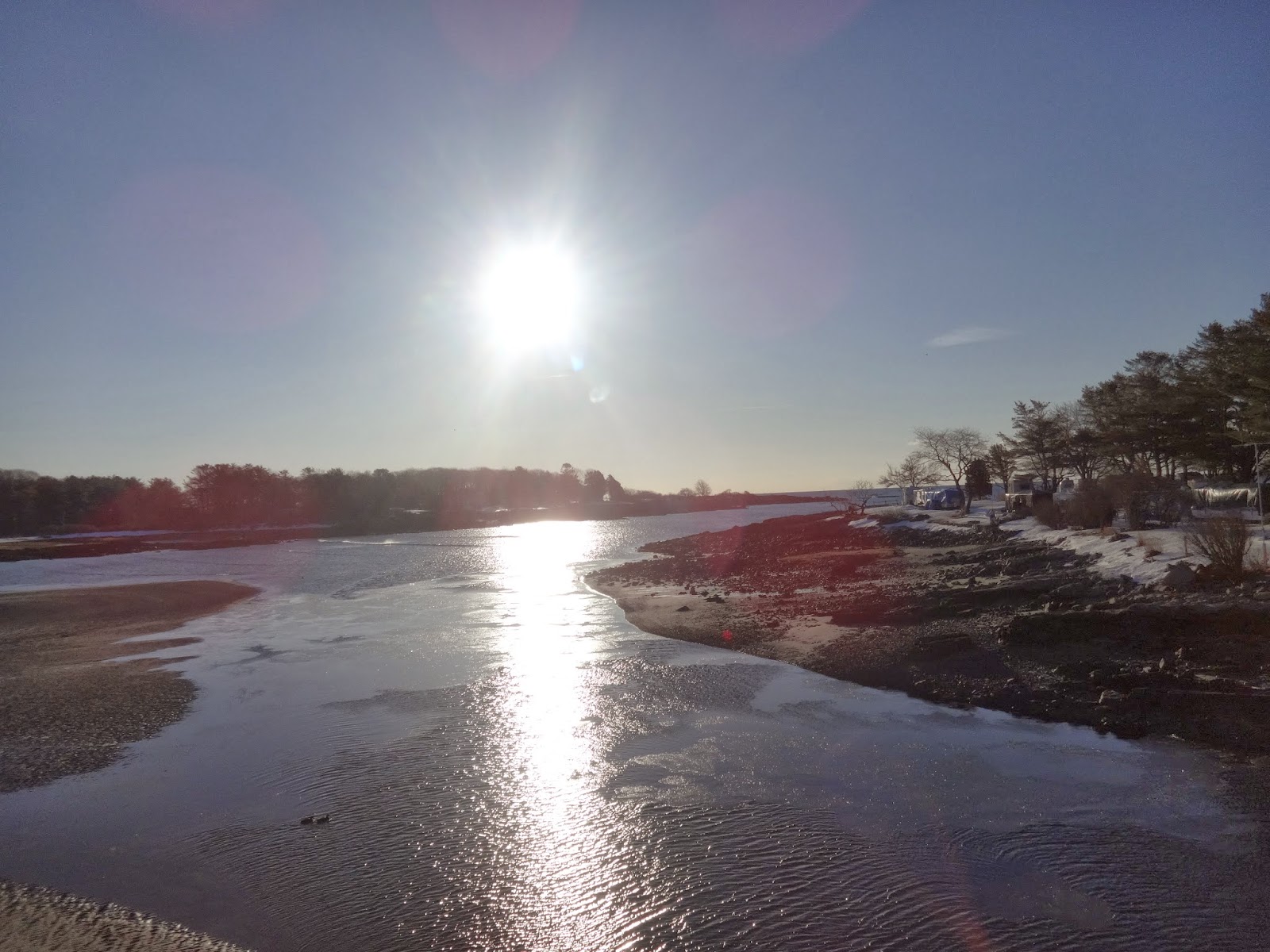 Stopping at the bridge on the river. The picture below is
looking back at this from a different bridge. 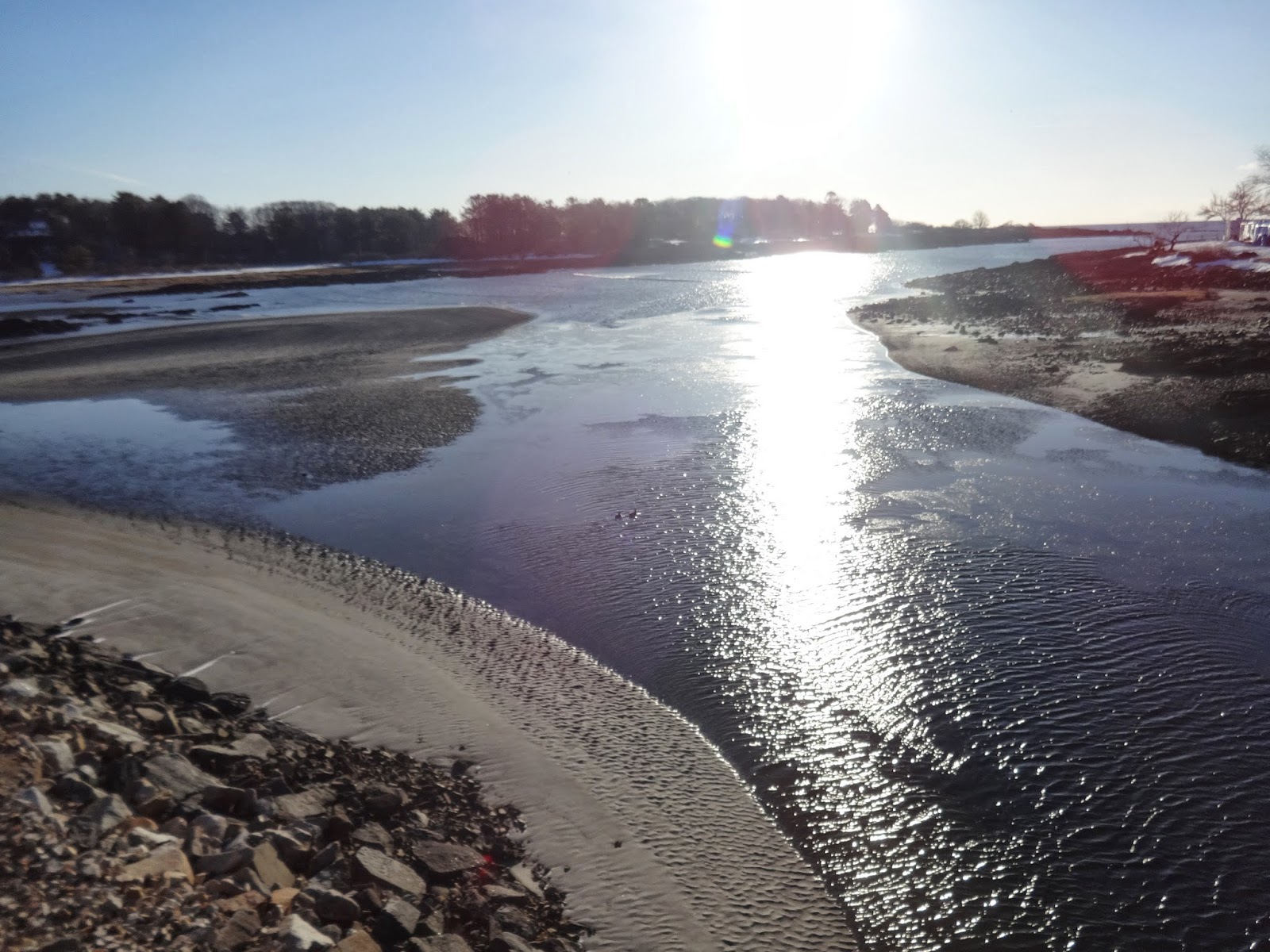 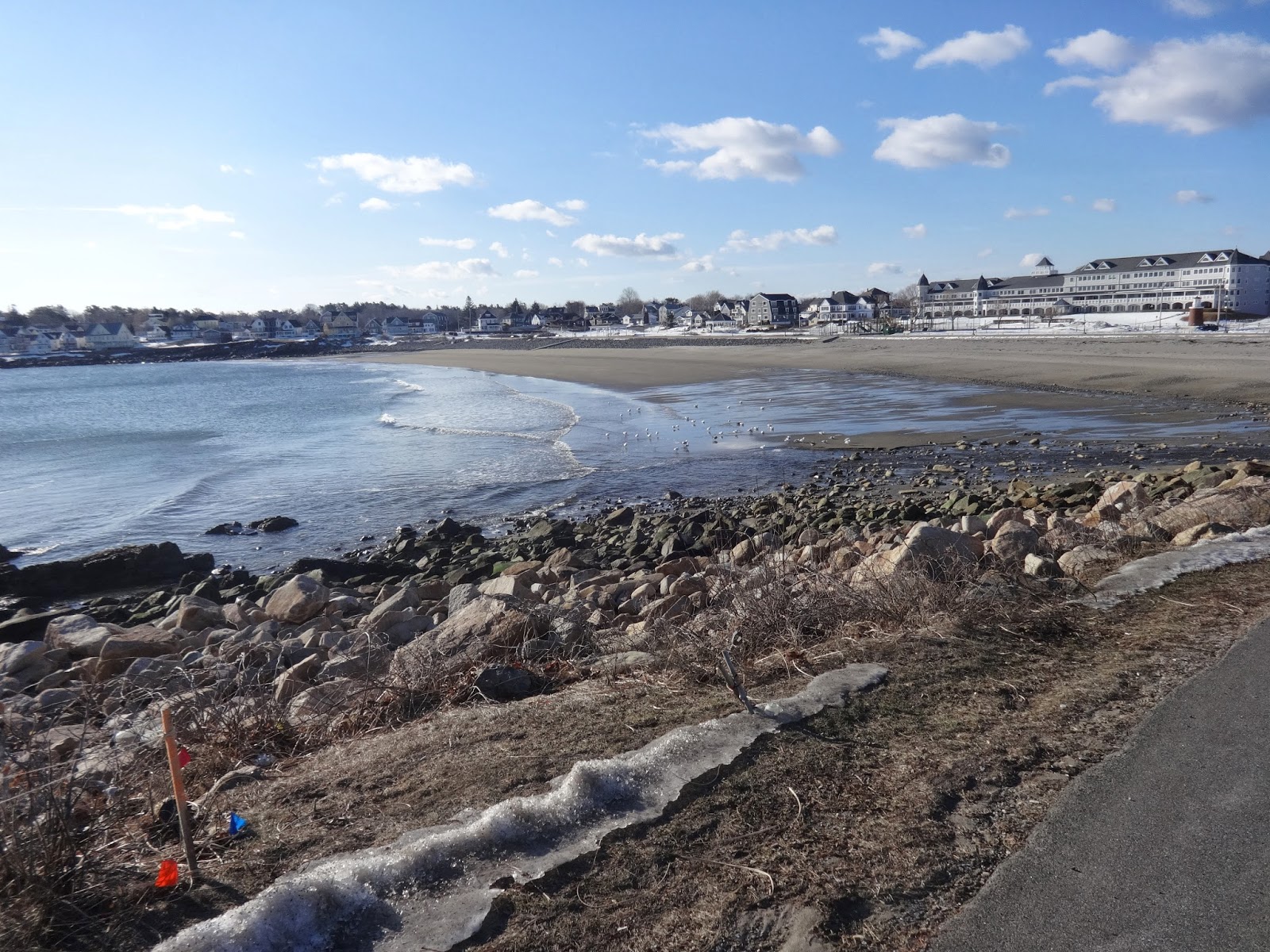 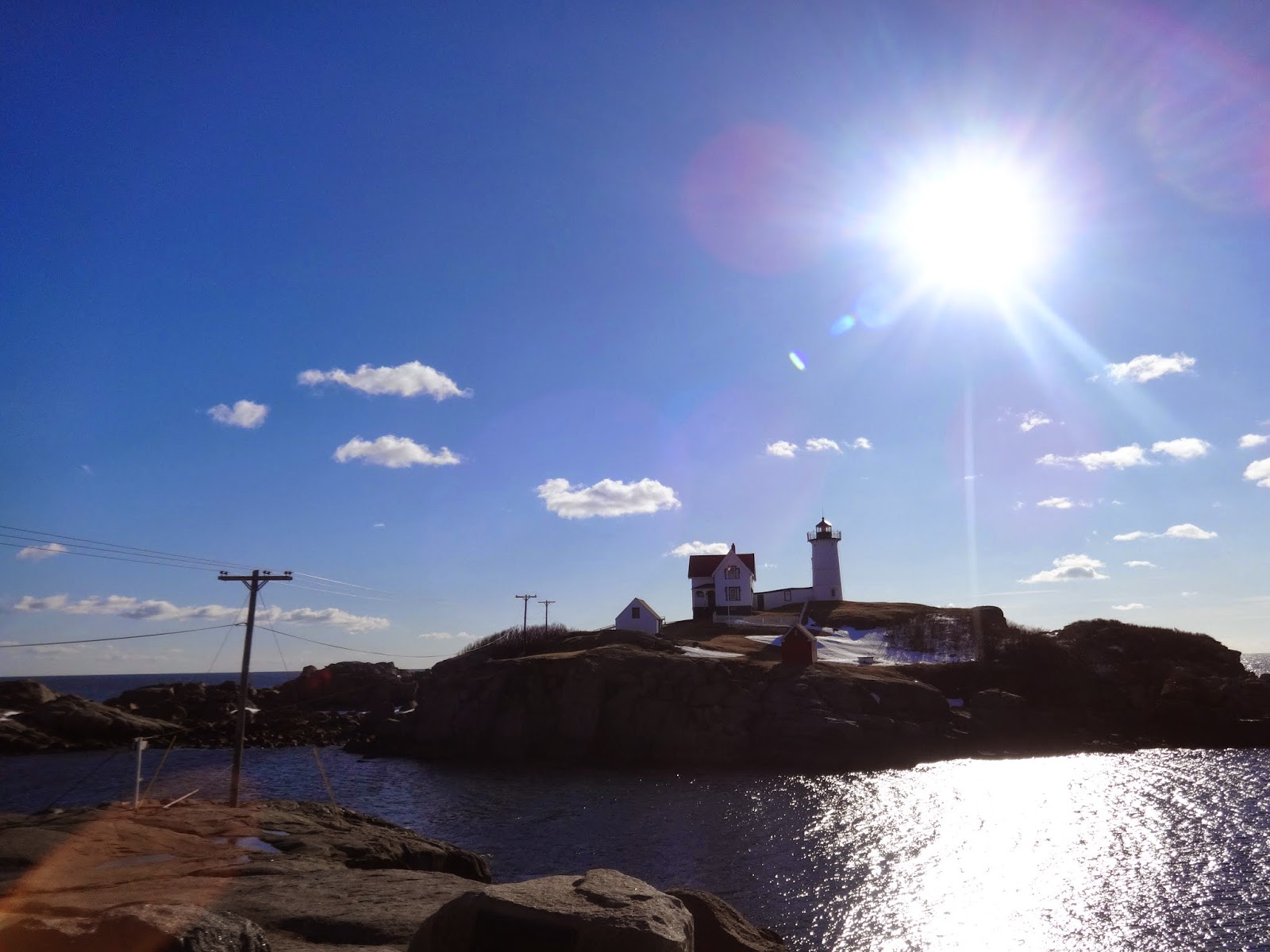 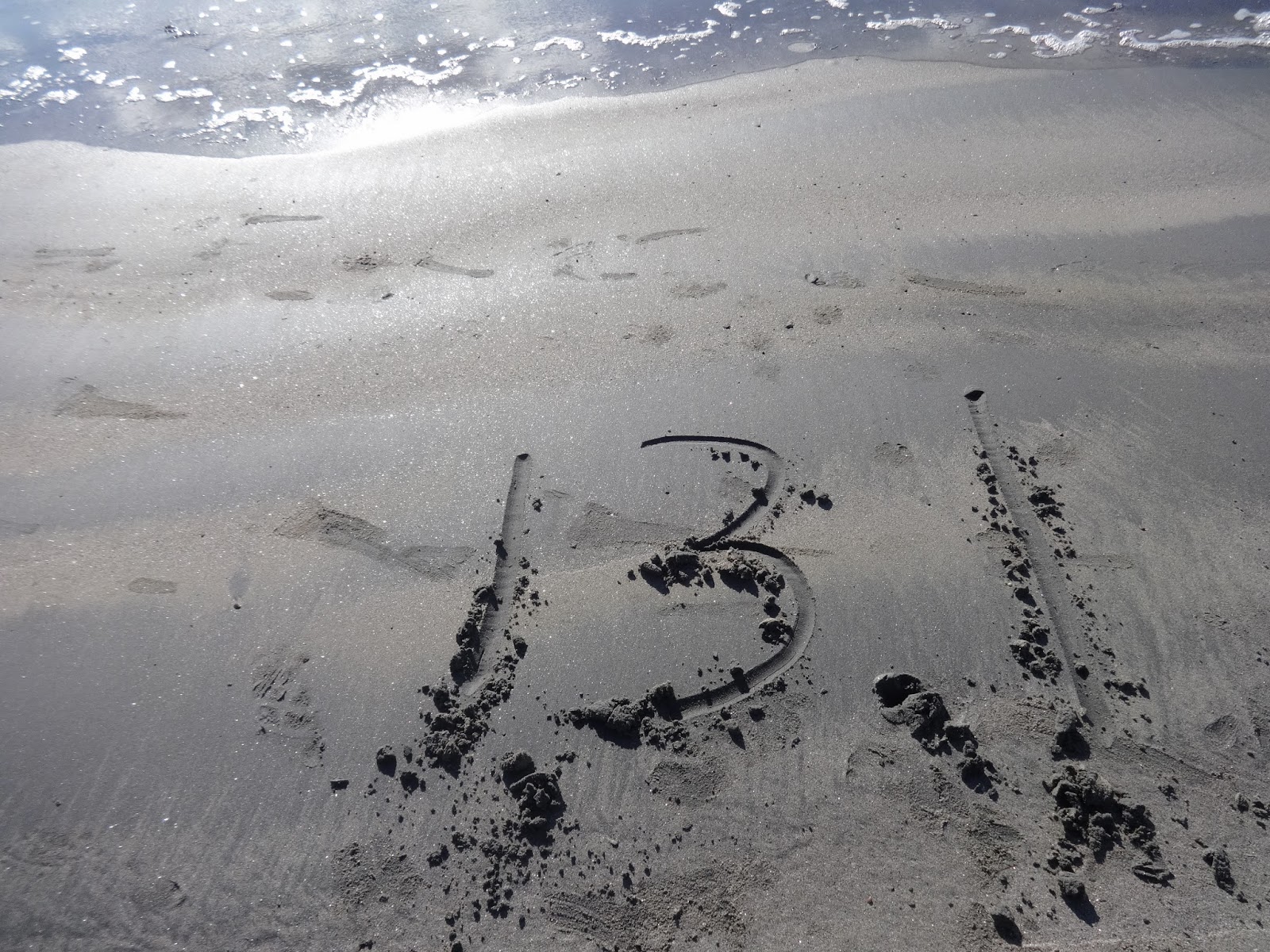 Some running on the beach and I'm done.

Soon enough The Debacle Half was finished and I was the winner and held the course record.  No waiting around for an award ceremony.  I was so glad I decided to do this. I am done looking for a half.  I have one in May and that's the next one I'll do.   I think I'll do a shorter race next weekend close to home!

Once in the hotel I roasted myself in the shower and then went out for one more casual breakfast staring at the ocean before heading back home.  And as much as I love Maine and going away, I'm glad to be home!

Very nice pictures! You almost make me feel like I might enjoy winter a little bit longer... wait... Noooo! I want spring! LOL

You got to visit Sea Dog Brewery = that's a win!

Good for you. You made the best of it. Philly got snow today. I am nightmares of the same thing.

Beautiful header and great pictures. You made the best. It happened to me once but I was only 100 km far.

When Christa told me on Saturday that your race was cancelled and you were already in Maine, I said-she ought to run it anyways! Glad to here you broke all records! (and great minds think alike!)

Your pictures are gorgeous. What a disappointing weekend. I couldn't believe it when I saw your replacement half was cancelled too. My mountain bike race Sunday was cancelled, but that actually saved me some driving instead of costing me. Still a bummer.

I love that you did your own half, and I love the name!

So this 2nd race was cancelled why? Conditions? If nothing else you made lemonade out of lemons.

Who needs race directors and other competitors?!

Personally, I think that if you're going to cancel a race you should do it much earlier but you did a great job of making the best of the weekend regardless.

Best half marathon ever!

That's a bummer that they cancel the race so late. Reminds me of the NY marathon that was cancelled and lots of Dutch people already were in NY then. Talk about a lot of money :)

I love it that you did your own half marathon and made the best of your weekend. Seems to me you had a great time after all.

ugh! I am so sorry your race was canceled! A little jealous that you saw SK's house! I am sorry Acadia was closed, there is nothing like it! When you go back, stop at Jordan Pond Hose for popovers, your life will never be the same!

I love that you turned this weekend around and got in your run! You most definitely earned that shirt, medal and whoopee pies! Acadia is far better in the fall!

That's unbelievable to email you so late about the cancellation! I've never had a race cancelled, and I would find it extremely frustrating.

Glad you got a great run out of it though.